Creative Ideas That Worked in 2018, From TBS to Carbonite 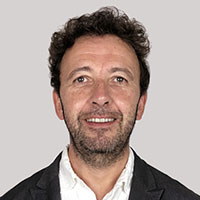 Our idea that worked:
TBS, "Final Space: Cards with Gary"

Animators have long played with the idea of reality and animation interacting together. From Mary Poppins to Roger Rabbit, it seems we want to believe animated characters are real. As early as 1923, Walt Disney experimented with live action and animation in Alice's Wonderland.

So when TBS wanted to try a Facebook Live experience for their show Final Space—a comedic epic sci-fi space opera, for those who don't normally seek out animation—we decided to create a live animated experience to build stronger fan connections and break the so called fourth wall.

The real-time animation was made possible via a complex digital puppet rig of Gary, built with native illustrations provided by the show's animation team. Actor movement was captured with a live camera and fed into Adobe's Character Animator software, allowing the show's creator and star Olan Rogers to voice the character live and have the puppet respond in real time with mouth shapes, head movements and facial expressions. Arm movements and additional animations were controlled by a second puppeteer who was operating a custom interface on an iPad. Together these two actors were able to allow Gary to respond dynamically in real time to fan prompts and card gameplay.

The gameplay and fan interactions were powered by proprietary social interactivity software developed by GLOW. Built to work on top of Facebook's API, the software allowed multi-round timed voting, user comment features with profile picture and name, and playing card selection and score tracking. Fans were able to work together to choose which card in their hand they would play against Gary, asking him questions and driving talent-to-fan interactions that led to record high engagement for this groundbreaking live-streaming event that extended the new cable show's reach.

While there are imitators coming out with similar stunts, none are duplicators, as they've missed a crucial ingredient of what made ours a success: charisma. It's the underlying je ne sai quois that allows for stronger connections between fans base and their beloved characters, and we brought it to them in a new way.

Another idea that worked: Diesel/Payless pranks

It was fake news that sealed the fate of Antony and Cleopatra in 33 B.C. Centuries later, what is new is seeing not one but two brands celebrating the idea of fake products in the world with a positive spin.

Diesel went so far as to purposely misspell its own name in its "Go With the Fake" stunt, where they bootlegged their own brand to make their popup store in the heart of the Canal Street's fake mile seem authentically bogus. And of course it worked like a treat, as shoppers found clothes with a red "Deisel" logo emblazoned on them messily piled on the shelves.

DEISEL - GO WITH THE FAKE

When Diesel announced that the fraudulent store was, in fact, full of authentic products, New Yorkers did what they do best—form a massive line. Everyone, it seems, wanted the chance to get their hands on any of the 1,000 unique pieces from the collection. Names from Gucci Mane to Francesca Colucci showed off the collection on social media.

In a similar but altogether meaner move, Payless, or "Palessi," rang up purchases of vastly overpriced budget shoes, exposing a gigantic gullibility gap of what L.A. fashionistas think they should pay for shoes versus what they were actually worth—$20 versus $600.

The fashionistas got their cash back, along with free shoes. But their reactions, caught on video, are the thing that's priceless here. Gullibility doesn't pay the bills, but it sure makes for great viewing. 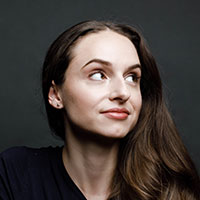 Our idea that worked:
Carbonite "You Can't Back Up Everything in Life"

This ended up being our most emotionally moving spot of the year, a neat distinction for a spot produced for a B2B tech product. Carbonite had asked Quirk to find the human connection to their backup service, and we were happy to oblige.

We found a simple insight: IT professionals want more time with family and loved ones. Always. We codified the insight into a simple dilemma: Tech exec wants to get to his daughter's recital, but work gets in the way.

Back up your data and be there for life's important moments

Thanks to our brilliant actors and crew, the audience fundamentally cared about the daughter and the dad, and by extension, the recital itself. My favorite little detail is that the little girl is playing "The Swan" from Carnival of the Animals, which my husband Gaelan (creative director at Quirk, and director of this spot) played on the cello when he was that age.

As a result, the two-minute cut of "You Can't Back Up Everything in Life," an ad for a narrowly targeted niche, netted over half a million views on YouTube.

Another idea that worked: "It's a Tide Ad"

Our favorite ad was, of course, a little-known hipster production that's super cool, super obscure, and no one's ever heard of it. No, just kidding. Our favorite ad this year was Saatchi & Saatchi's "It's a Tide Ad."

We had to. "Nope, it's a Tide ad," has become a running gag in our office, as I'm sure it has/had in some of yours.

The campaign is brilliant. It truly feels like a campaign—a brilliantly deployed series of spots, working in perfect conjunction, each strengthening and supporting the rest.

We love the way it actually educates people about the medium of advertising while selling the product brilliantly. It advances the state of our art by making advertising more playful and fun, it builds audience literacy, and serves as a rising tide (pun intended) that lifts all our boats. 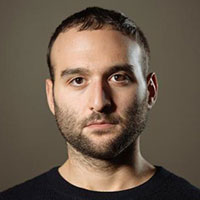 Our idea that worked:
"Motto by Hilton" launch

A lot can change in a hundred years. Just ask Hilton, who found themselves in need of a big idea for a new generation of travelers with better options in better neighborhoods for better budgets.

To launch Motto by Hilton, a chic new hotel brand, we tapped into the confidence of modern travelers to kick off their most successful brand launch in years. Our idea—the city stay, solved—spoke to the knowledge and taste that work-and-play travelers know they have but often don't feel is reflected by global hotel chains. 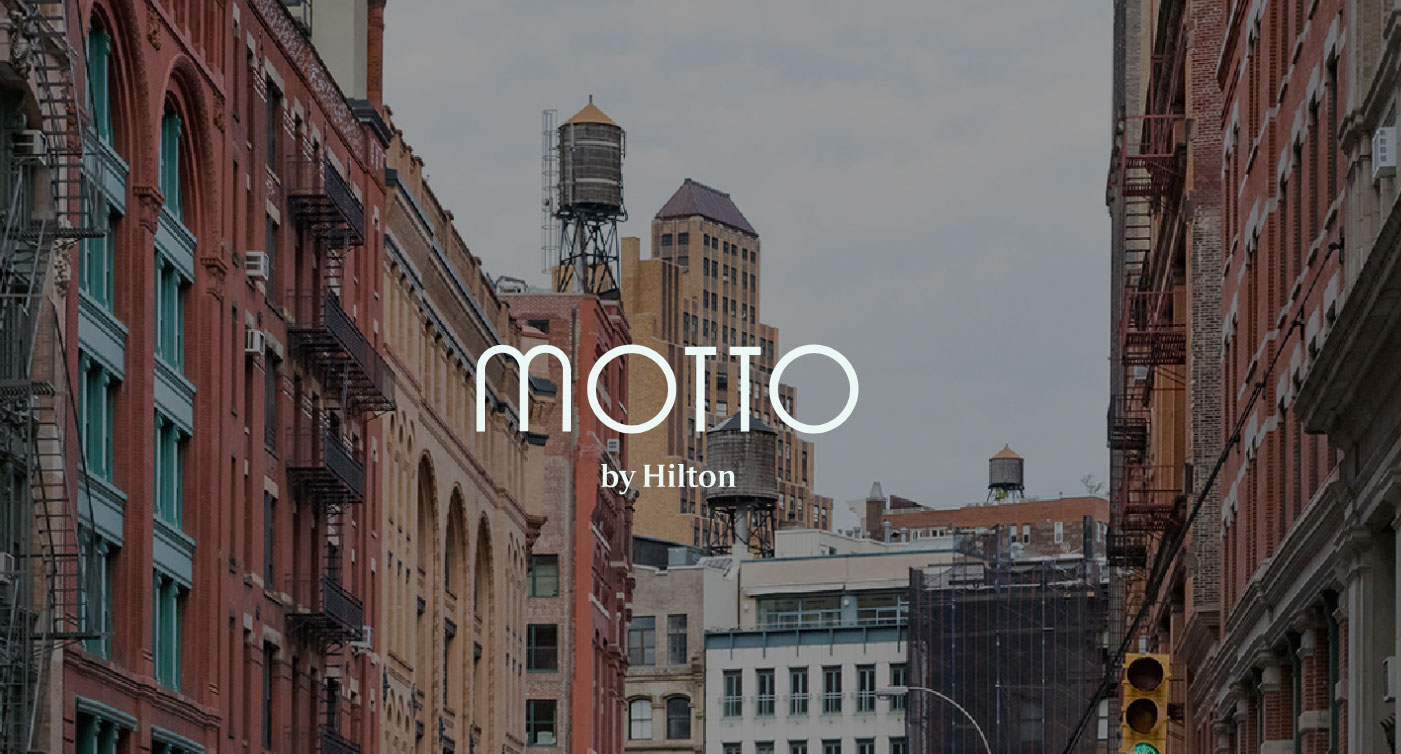 The idea led to design-conscious branding, social media and developer-targeted content that generated more than four times the earned media impressions of Hilton's last brand launch, the key metric Hilton looks to measure business-to-business success in the early stages of development. With no hotels even built yet, Motto by Hilton earned just under 1 billion media impressions. It proves that, as Fast Company put it, a century-old brand can still "shake off the cobwebs."

Another idea that worked: The Grinch

This year, The Grinch got weird.

Typically a kids-focused studio, Illumination decided to target adults, too, with a hyper-local, hyper-specific and hyper-snarky ad campaign executed with some spectacular flares.

From the out-of-home units in which the titular character trolled commuters to the partnerships with NBA superstars, the movie blanketed pop culture and became ubiquitous. Bloomingdales bags, Amazon boxes, Tyler the Creator's Twitter feed—not only was the Grinch everywhere, but it was distinct. The campaign wasn't wallpaper. It had something to say. 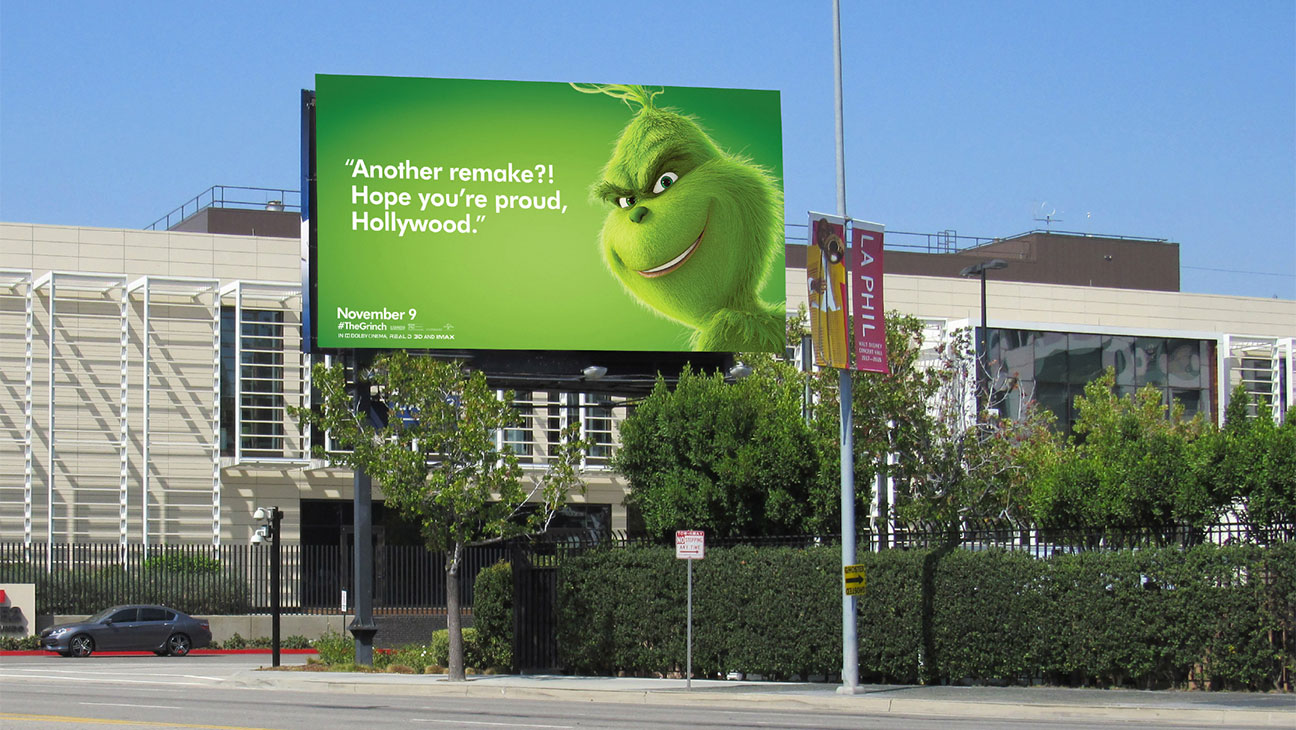 The character in the campaign seemed to speak to a shared millennial and Gen Z malaise and skepticism about the American experience in 2018—pointing out the pure banality of everything from the holidays to shopping to Hollywood creativity to gentrification.

And according to the Hollywood Reporter, it worked: 18 percent of ticket buyers on opening weekend were 18-24, compared with 12 percent for Illumination's last animated feature, Despicable Me 3. 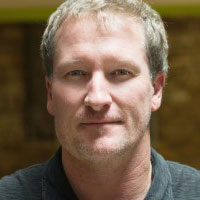 Our idea that worked:
Colorado Lottery, "Joy of Giving"

We have worked with the Colorado Lottery for over 10 years. Elton John happened to be booked when we were filming our holiday spot this year. However, a similar thought about long-term success strikes me when I think of our steeped, strategic partnership.

While we have many complex tasks to promote both brand, product, retail, digital, etc., for our client, we have also built a consistent brand image for the Lottery that has delivered huge results.

Together we consistently make an effort on both the client and agency side to maximize the quality of our creative throughout the year, all with the goal of increasing the Lottery's brand favorability. This factor has proven to contribute to increased sales. In fact, for nine of our 10 years we have dashed sales records and raised over $1.2 billion for the Lottery's proceeds beneficiary.

Another idea that worked: John Lewis, "The Boy and the Piano"

Maybe I'm just in a sentimental mood this time of year, but I am in awe of this year's John Lewis holiday ad featuring Sir Elton John. I've watched it dozens of times, and my friends and family must be sick of me by now showing it at gatherings.

What stands out more, maybe, than the use of celebrity and opulent production is the realization that John Lewis has built a consistent, thoughtful and purposeful strategy year-over-year. By treating the holidays like their Super Bowl, they have driven huge sales and growth.

This type of long-term strategy is refreshing amid our "on-demand" world of fickle media, digital and ad trends. In a world where, with the tap of a finger, you can order a pizza, or a car, or anything else to be at your doorstep in a moments notice, it makes me wonder if people have become desensitized to how much thought, planning and hard work goes into true success and great results.

Great creative gets great results. Which, at the end of the day, makes for a more cheerful holidays for all.