Creative Ideas That Worked in 2018, From Netflix to Del Taco 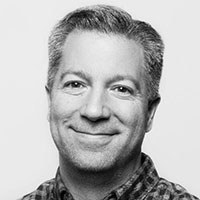 Our idea that worked:
Netflix, "FYSee"

At We're Magnetic, one of our standout creative ideas that worked was a participatory exhibition space called Netflix "FYSee." It was a five-week, immersive experience targeting Emmy judges, designed to bring to life over 40 Emmy-nominated shows through unique installations and show-specific programming each day.

Every moment was highly curated and infused authentic moments from the shows, including:
• An animatronic saloon for the show Godless that rumbled as though a stampede of horses were running by.
• The underground tunnel from Stranger Things, which allowed guests to navigate toward "the gate" from the upside down, giving them a shareworthy moment where they could try and close it.
• An infinity mirror room that showcased the costumes from the show The Crown.
• A neon pink wrestling rink that provided the perfect photo backdrop for the show Glow. 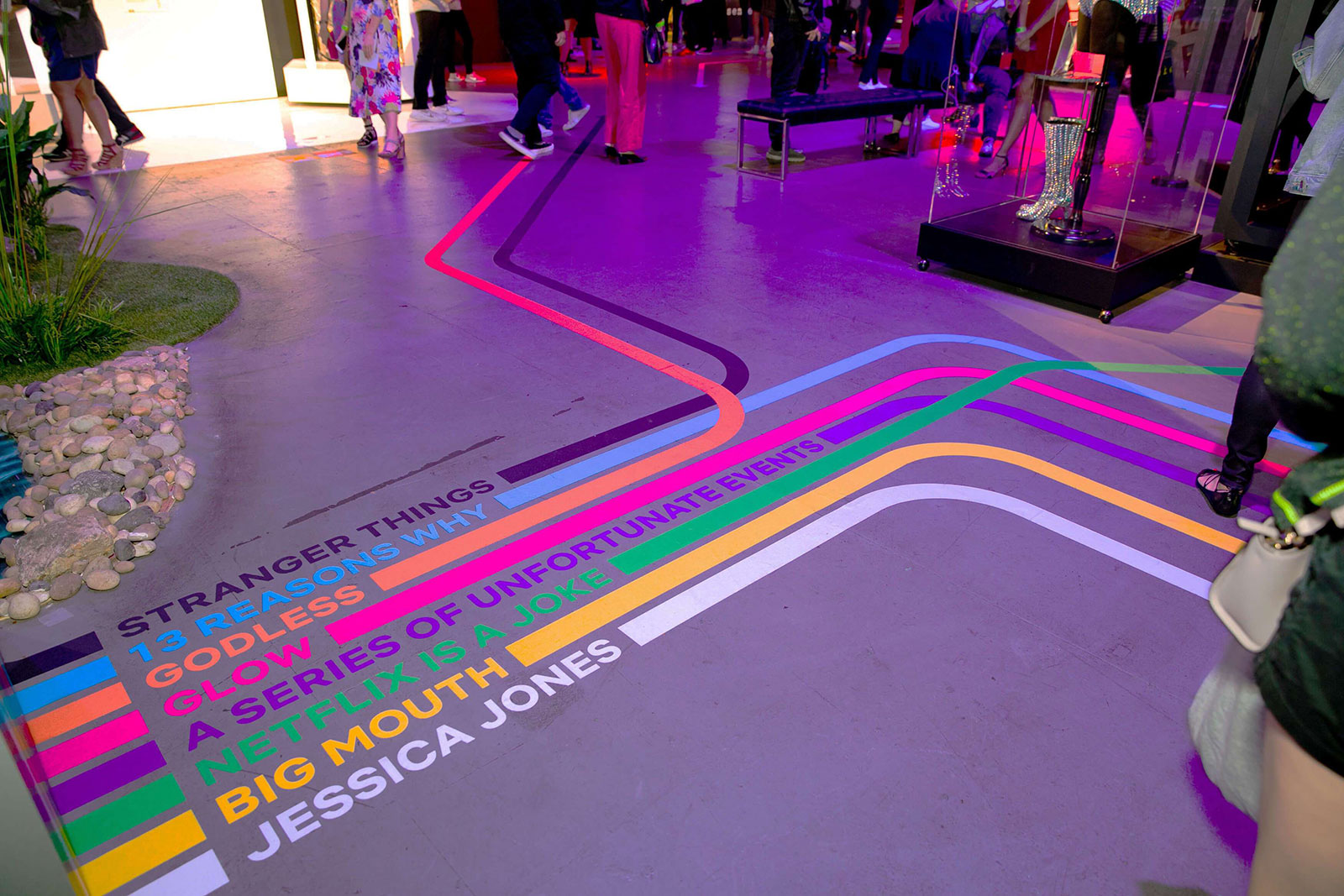 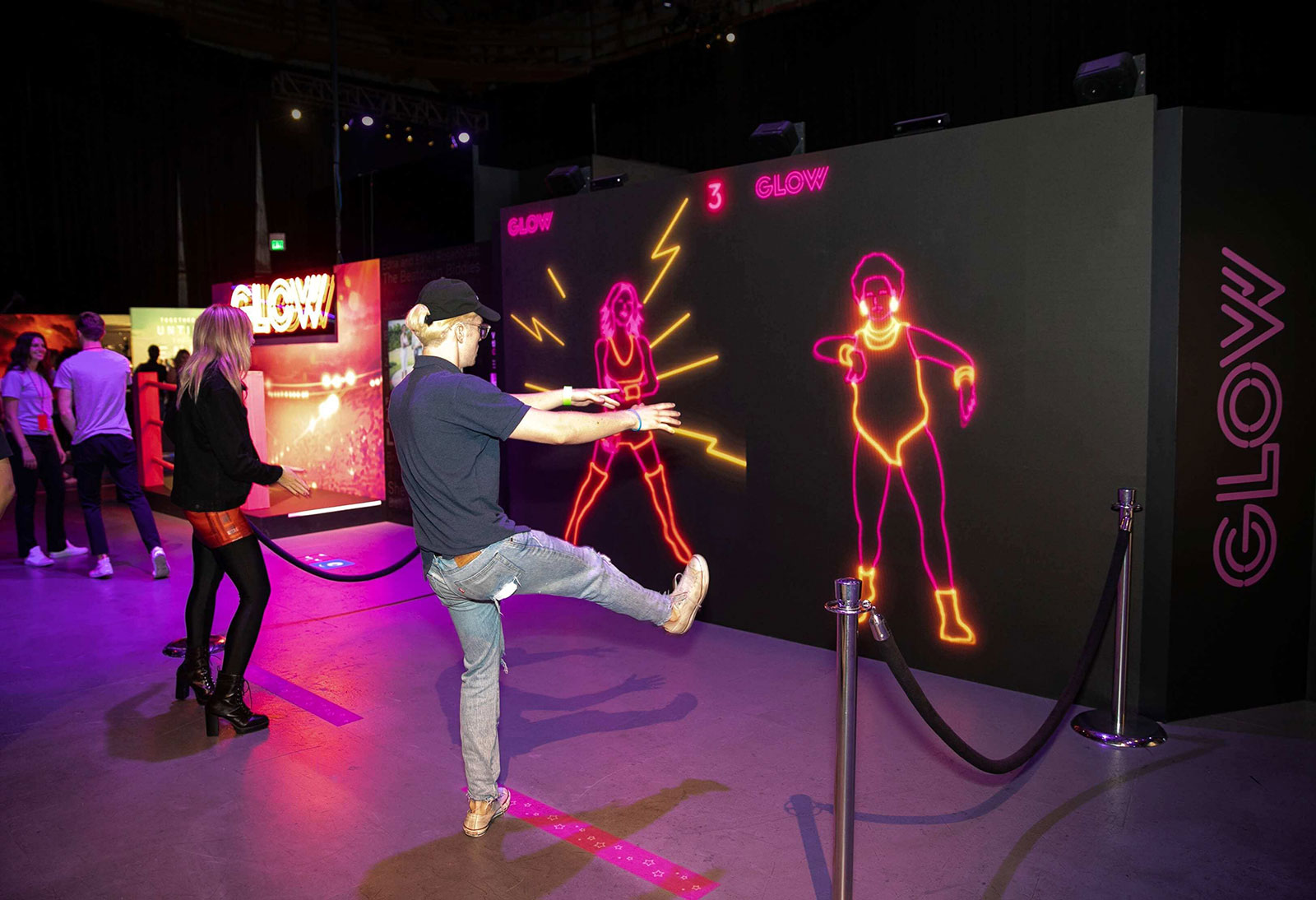 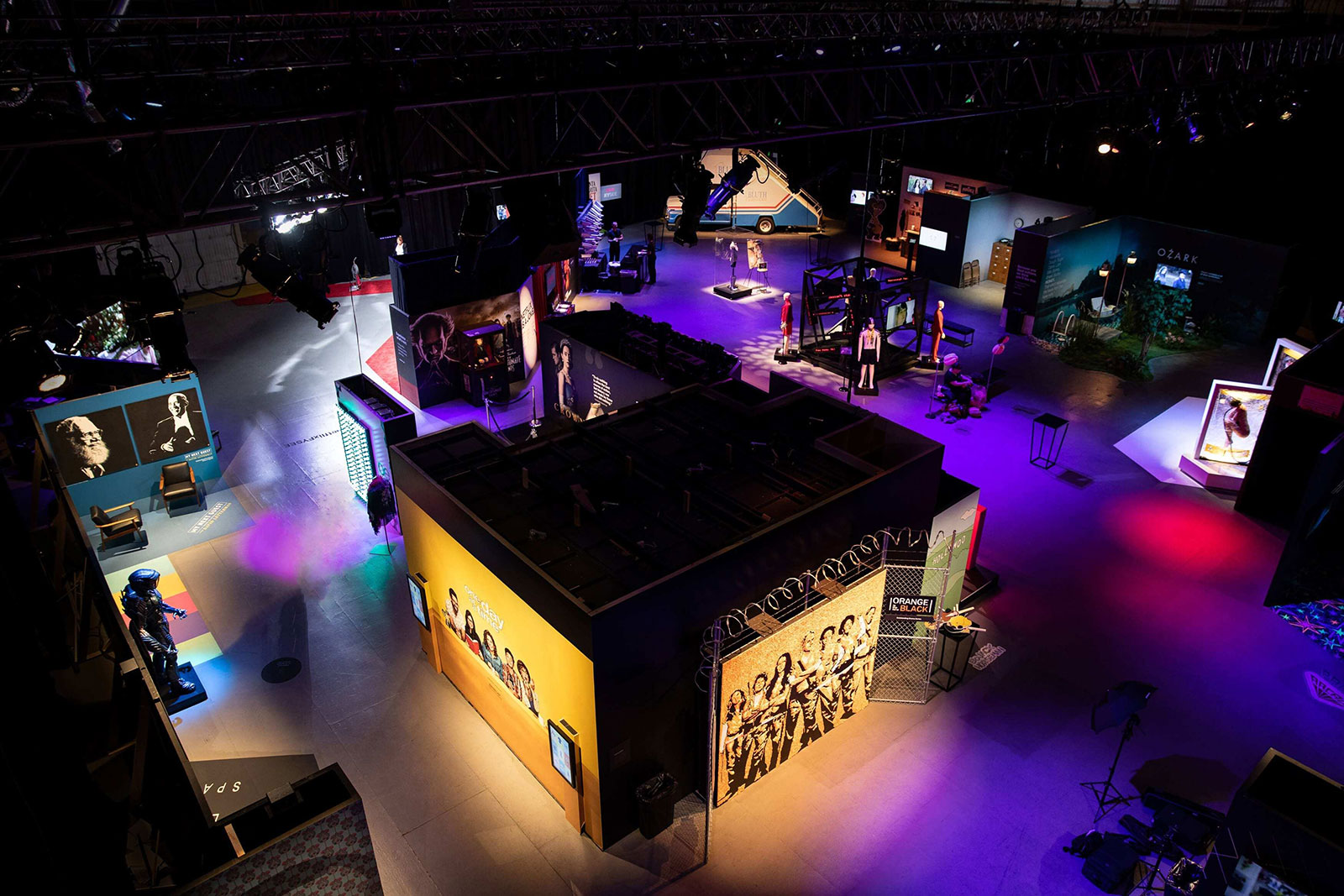 Overall, Netflix FYSee worked because it put the needs of our guests first— inviting them to experience highlights from each show in new and unusual ways and explore at their own leisure. It provided engaging moments, interaction with talent and showrunners, and an insider's look at what made each show a stand-out Emmy nominee. It also worked because of the careful planning and attention to show details—enabling us to open up the experience to the public for the first time.

Another idea that worked: HBO, "SXSWestworld"

Beyond our work, the HBO Westworld experience at SXSW made me jealous. Every detail of the experience was considered—from the first welcome moment where guests were given a white hat or black hat, to the way they transported people to a mysterious destination outside the city, to the immersive set design, scripting of actors, and hidden moments each individual was invited to experience at their own pace.

HBO truly let people step into Westworld like never before, setting the bar high for nailing all of the details while creating a memorable experience people want to talk about. 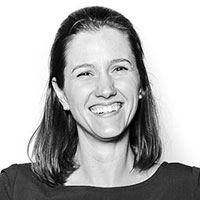 Director of strategy and planning, Mythic

Athens Foods is the world's largest producer of phyllo dough and products. In its 60 years it has developed a rich heritage and established national distribution, but had not evolved to keep up with modern cooking and consumers' evolving relationships with food.

The "Feeling Flaky" campaign embraces the very thing that makes phyllo dough a distinct and special culinary experience (uniquely crisp and flaky texture). It engages in a conversation that is relevant in both today's health-conscious lifestyle and the foodie revolution. Athens' phyllo elevates the ordinary dish to extraordinary in a way that is approachable and delightful with its crispy texture. 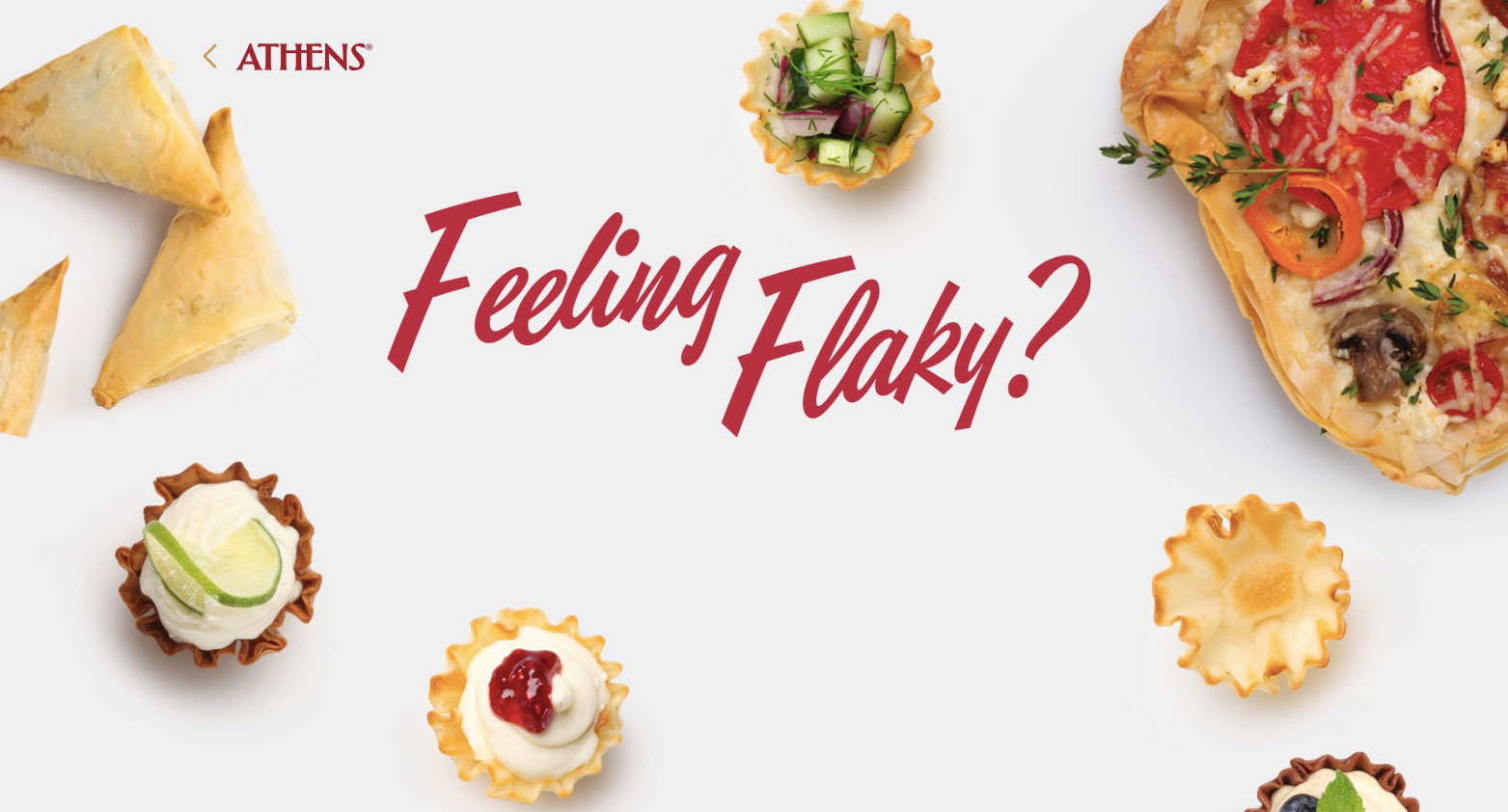 The rebranding extended to every aspect, from packaging redesign to a broad social influencer campaign, transforming both the company and how the consumer engages with the brand.

Another idea that worked: American Century Investments, "The Race"

We spend a lot of time in the financial services category, so it's hard for an investment company to surprise us. "Race" by American Century Investments absolutely made us rethink who they are and what they stand for.

As part of the "Be More Invested" campaign, the dad's commitment to his daughter is truly emotive without being saccharine and beautifully aligns with the company's approach to investing and meeting their clients' needs. Smart and beautiful! 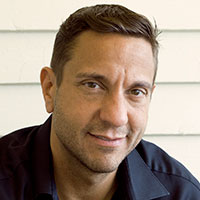 Del Taco was our first competitive pitch when we started Camp+King, and they continue to be our longest-tenured client today. When we started working with them, their sales were flat to declining, and today, we're proud that they have some of the strongest comp sales in the industry. Over the years, we've helped with ads, packaging, menu design, and we even came up with a signature menu item called THE Del Taco that has become the most successful product launch in the brand's history.

This year, we introduced a new idea for the brand that leveraged a unique insight and point of differentiation that Del Taco has over Taco Bell and others: They hand-prepare more food than any other QSR. We decided to "celebrate the hardest working hands in fast food" by featuring real Del Taco employees, who each earn a fun way to give their hands a break.

We created video assets showing employees' hard-working hands rewarded with funny moments such as spinning their hands atop a miniature grass mountaintop or spreading out in front of a fireplace in a ski chalet. In radio, we serenaded local employees (and their hands), celebrated other employees' hands in Instagram stories, as well as promoting the handmade fresh prep in our restaurant signage.

Another idea that worked: Elon Musk, the brand

OK, OK, so I know Musk kind of shot himself in the foot with Wall Street when he tweeted the whole "I'm taking Tesla private" thing. But there's a new generation (and a few of us older folks) who see him as a bit of a magic maker.

It all became clear after dinner one night on a family car trip outside of Davis, California, as I was driving my oldest daughter back to college. We noticed two oddly moving lights in the sky, and after some initial comments of "What the hell is that?!" I pulled the car over and we watched, transfixed, as one light brightly lifted skyward while the second, more orange light slowly lowered.

After many jokes from my youngest son about alien abductions and probing, everyone jumped on their phones for various Google searches that included the words "strange lights," "aliens," "rockets" and in my son's case, "abductions."

We quickly discovered what we were watching was the SpaceX missile. All three kids, ages 19, 18 and 11, not only started dropping facts and info about the SpaceX program, but they also knew quite a bit about Elon Musk. My youngest was aware of his "flame thrower," and my daughter went on about the tunnel he was boring under L.A. for high-speed travel. The conversation turned to Elon's PR stunt when he launched a Tesla into space, and eventually the kids were trying to convince me that the next car we should get should be a Tesla.

Let's face it, there's mystique and awe around what Elon Musk creates, and he's done a fantastic job of promoting each of his endeavors. Sure, there's some skepticism surrounding the production capability of the Tesla Model 3, but there's also a perceived halo around what he's creating that my kids seemingly bought into. He's created a personal brand that feels part Steve Jobs, part PT Barnum and part Willy Wonka.