Henri Rousseau gets a Droga5 makeover 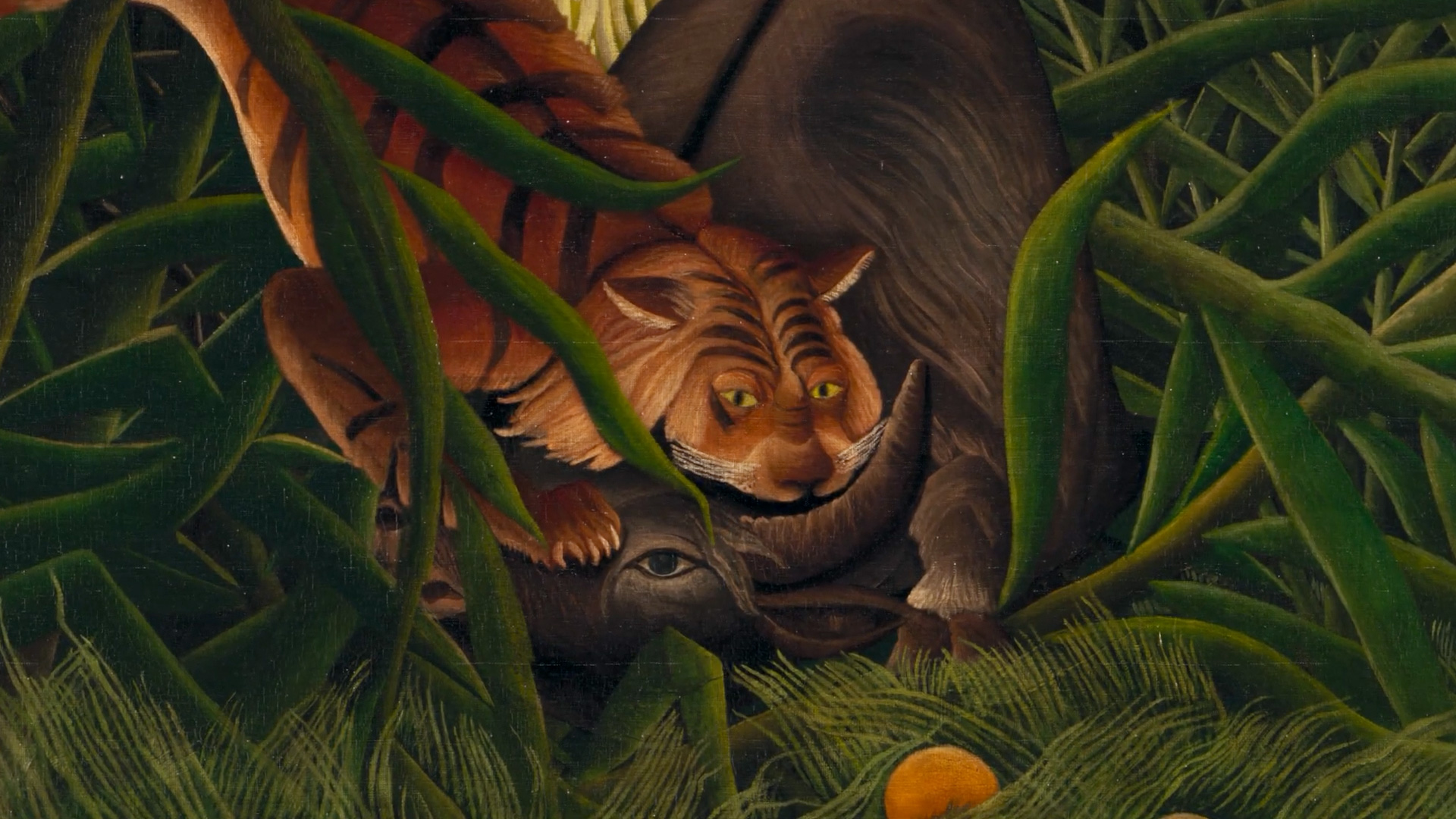 As Angela also mentioned this week, these days it's impossible to separate the advertising made for any of Facebook's brands from the cultural, social and political problems the social network has wrought. This is particularly true when the company presents an optimistic view of the future—the viewer is just naturally resistant to it from the outset.

That said, have a look at "The Tiger & The Buffalo," the first brand spot for Meta (the name of the rebranded Facebook parent company). Created by the internal Creative X group in collaboration with Droga5, the 60-second piece presents a fanciful reimagining of Henri Rousseau's 1908 painting "Fight between a Tiger and a Buffalo."

What was once a static painting becomes a multisensory experience, as a group of young people become immersed in a pulsating 3-D world—Meta's vision of what the metaverse of the future might look like, as powered by our collective imagination.

The Tiger & The Buffalo

Andrew Thomas Huang of Object & Animal directed the spot, with help from effects company Electric Theatre Collective. And like all Facebook advertising, it's an impressive piece of craft, visually gorgeous and full of energy, thanks to the track "Way in My Brain" by SL2.

As for the concept itself, this is where the Facebook baggage comes in. On the one hand, setting the story in an art museum is a clear attempt to elevate Meta's messaging about the future—to suggest it plans to build upon the traditions of art in creating the virtual spaces of the future. At the same time, there's such a depressing sense of the opposite here—the underlying notion that art museums would be cooler if they were 3-D dance clubs, and that everything digital is automatically better than anything analog.

That's a simplistic and not very uplifting view of progress, even presumably to most of Gen Z. And it's at odds with the negativity the digital world has clearly brought with it. All of which just ends up reinforcing Facebook's head-in-the-sand mentality—and even makes the end line, "This is going to be fun," feel borderline sinister, more like a directive than an invitation.

A company with such all-consuming trust issues probably shouldn't be doing big, optimistic brand advertising in the first place, since the disconnect will always be stark. But of course, this is a company that forges ahead no matter what, whether the future is a Garden of Eden or just more dumpster fire.