In an interview with Muse, Lana Kouznetsov, Campari's category marketing director for European icons, explains, "With 2019 being the 100th anniversary of the iconic Negroni cocktail, Red Diaries' 'Entering Red' has become our ode to the classic cocktail and our home city of Milan. The three chapters of the film tie to the Negroni's three quintessential ingredients—vermouth, gin and Campari. It is perhaps the first time that Red Diaries has so intrinsically linked our beloved Negroni cocktail and placed Campari at the heart of the adventure."

The film is literally a celebration of the Negroni's 100th year, and its ingredients—white, red and red—compose its backbone. That structure is woven into a slow-moving drama in which de Armas appears as the demure fan of a nightclub singer, watching transfixed as a man watches her with a hungry, searching expression.

Fans of vampire series like Twilight, or even more "adult" tales like Maestra, in which a woman of striking intelligence leverages sexual, predatory underworlds of wealth to achieve her own ends, will find something to like. Whether or not that's a compliment depends on how you feel about the dynamic driving them—the story of a gamine-like beauty, blindly (or not?) entrusting her fate to stalkery strangers in the dark who don't explain anything much, or ever.

Because seriously. This guy is creepy, right? He would not be our first choice of babysitter.

Things unspool thus: After receiving faint advice about success in music being about "passion" (for she, like her icon, is also a singer), de Armas notices that the man who'd seemed so interested in her on the dance floor (before disappearing, Edward Cullen-like) is the singer's associate. They leave a ring on their table, seemingly for her to find, and leave, sending her on a treasure hunt through Milan by night.

This part of the story takes on the aspect of a fairy tale—except the dark, mysterious wood is replaced by various Milanese sites, glowing Campari red in the dark.

"Apart from the iconic Negroni, one of the biggest sources of inspiration for this year's film is its location," Kouznetsov says. "Set in [Campari's] birthplace, Milan, 'Entering Red' brings some the city's most stunning locations to life, including the breathtaking Galleria Vittorio Emanuele II, home of Davide Campari's staple Camparino bar, and the Duomo, turning both monuments 'Campari Red' for the occasion."

Again, on abandoned streets, de Armas runs into her vampiric stranger. Is he a wolf or a prince? Probably it doesn't matter. They haven't even spoken, and though he stares like he wants to eat her, she finds this irresistible. But never mind; he's only there to give her a hint, not consummate on a city street.

The tale is punctuated by a bartender mixing a Negroni, its three layers serving as chapters of white, red and red—the colors of the jewels on de Armas' magical ring. Each ingredient is given a name: soul for gin, mind for Campari, heart for the red vermouth.

The ring, it turns out, is a key to a secret room. Guess what's inside?

Something like a VIP press party, decked out in red, its bar gleefully boasting "One hundred years of Negroni" in neon. 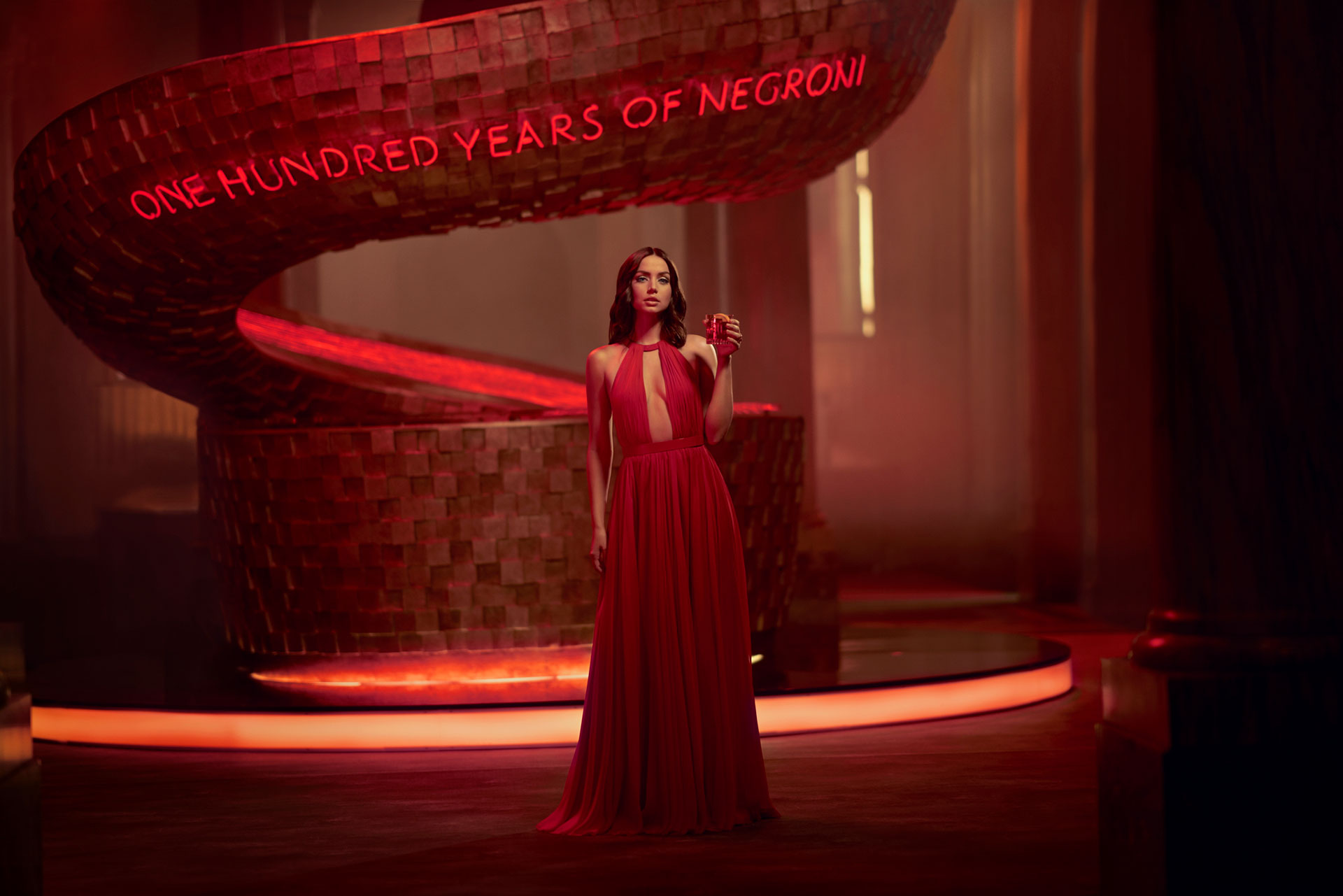 At this point, all the ad people and journalists groan. We can feel it. Our lives are composed of just such parties.

"If your soul is curious, enter the red," the story concludes. Our girl has become the singer, and the ring is dropped again, waiting for its next wearer. This fairy tale, unlike the traditional variant (but pretty much like all modern iterations), has a happy ever after.

"We believe that the greatest creative moments happen when you dare to step beyond your everyday and enter a path of exploration; and this is at the very center of Red Diaries 'Entering Red'," Kouznetsov tells us.

"The iconic Negroni—created in Florence in 1919—was a result of Count Negroni wanting to go beyond the classic Americano by adding gin. Over the last century, many cocktails have stemmed from that same impetus to explore further, such as the Boulevardier and the Negroni Sbagliato, all with Campari at the heart. Campari's belief is that 'Every cocktail tells a story' and we are excited to tell the story of the Negroni and kickstart a year of celebrations alongside some of the best bartenders from around the world who share our passion." 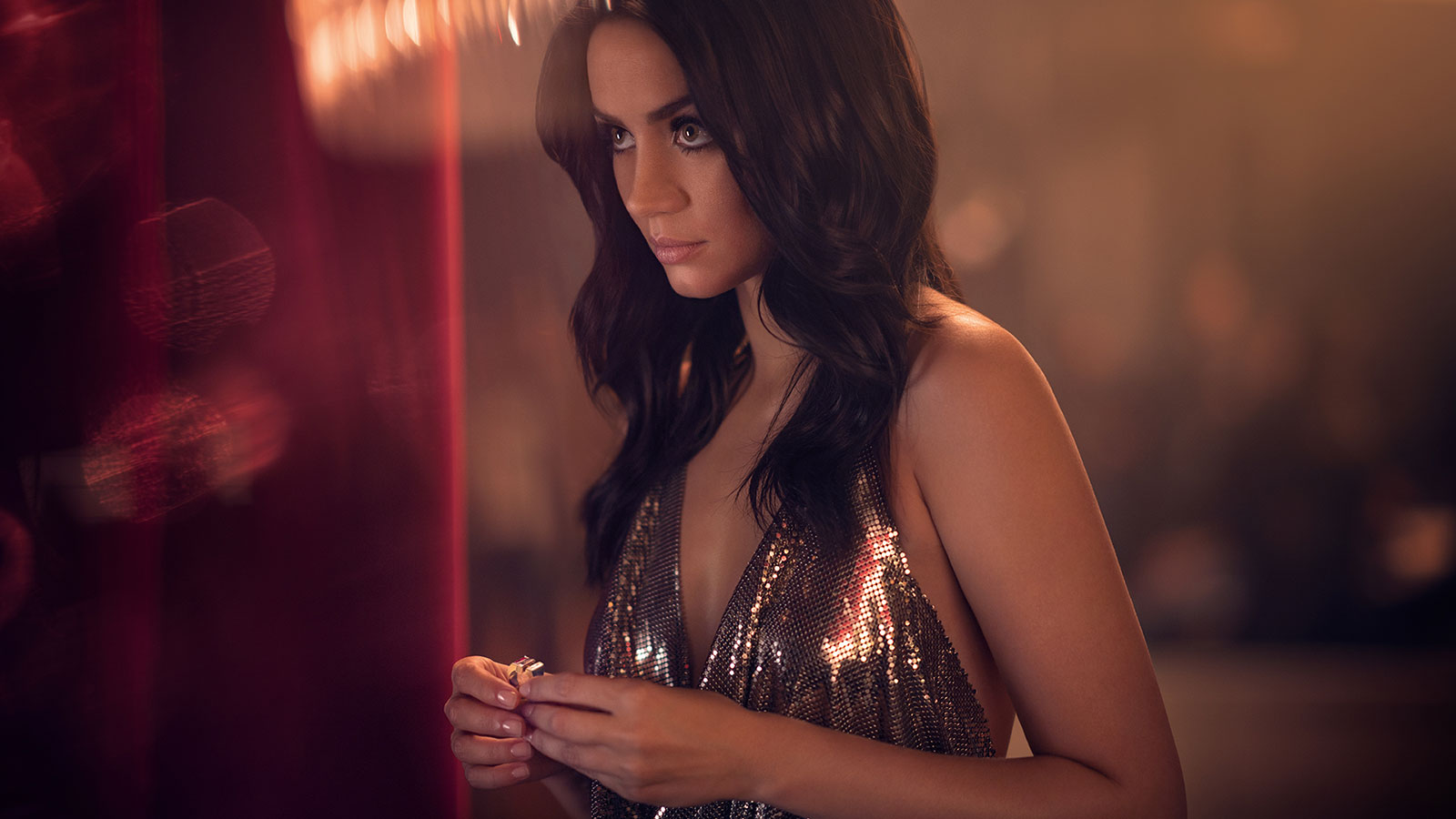 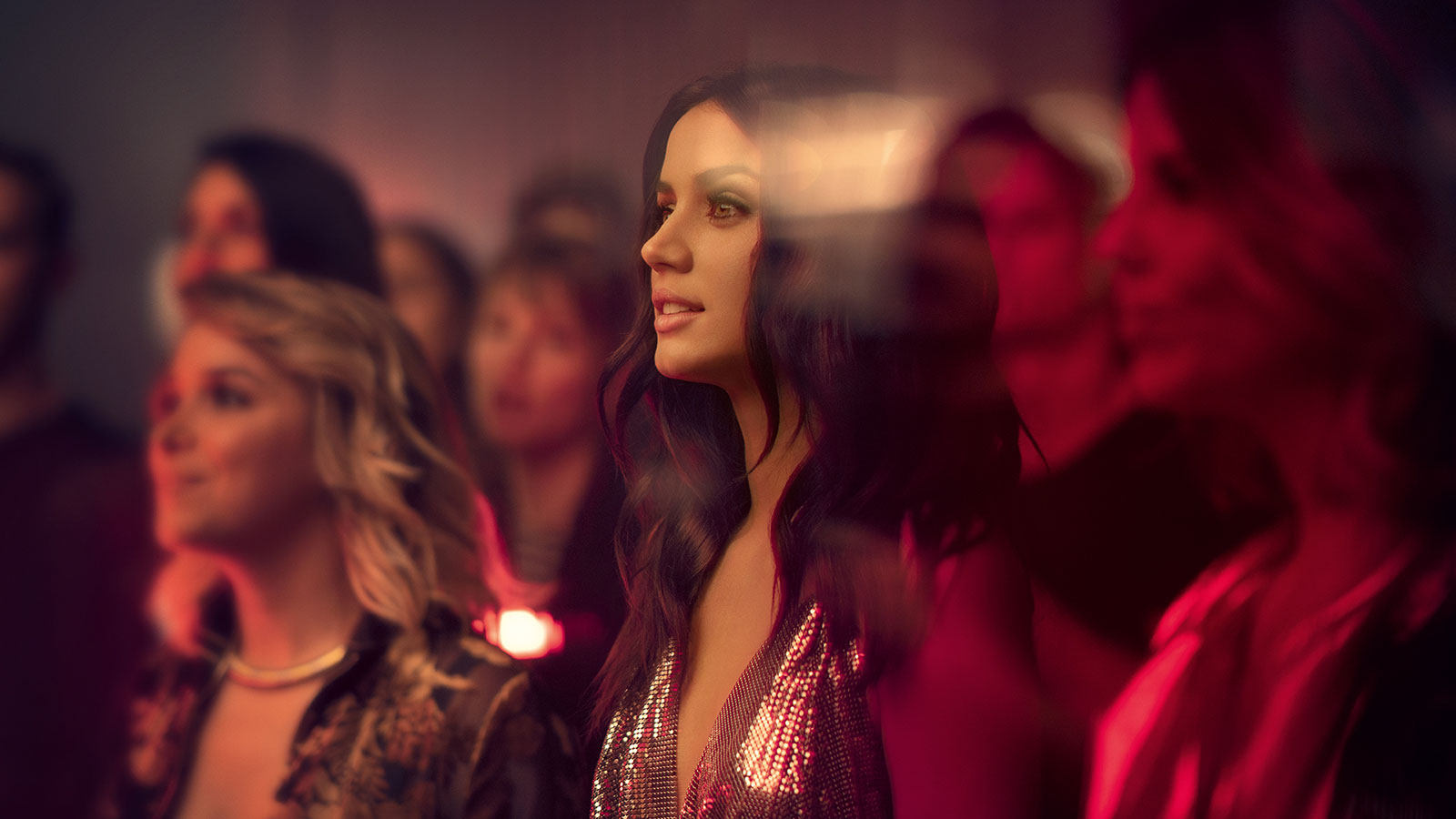 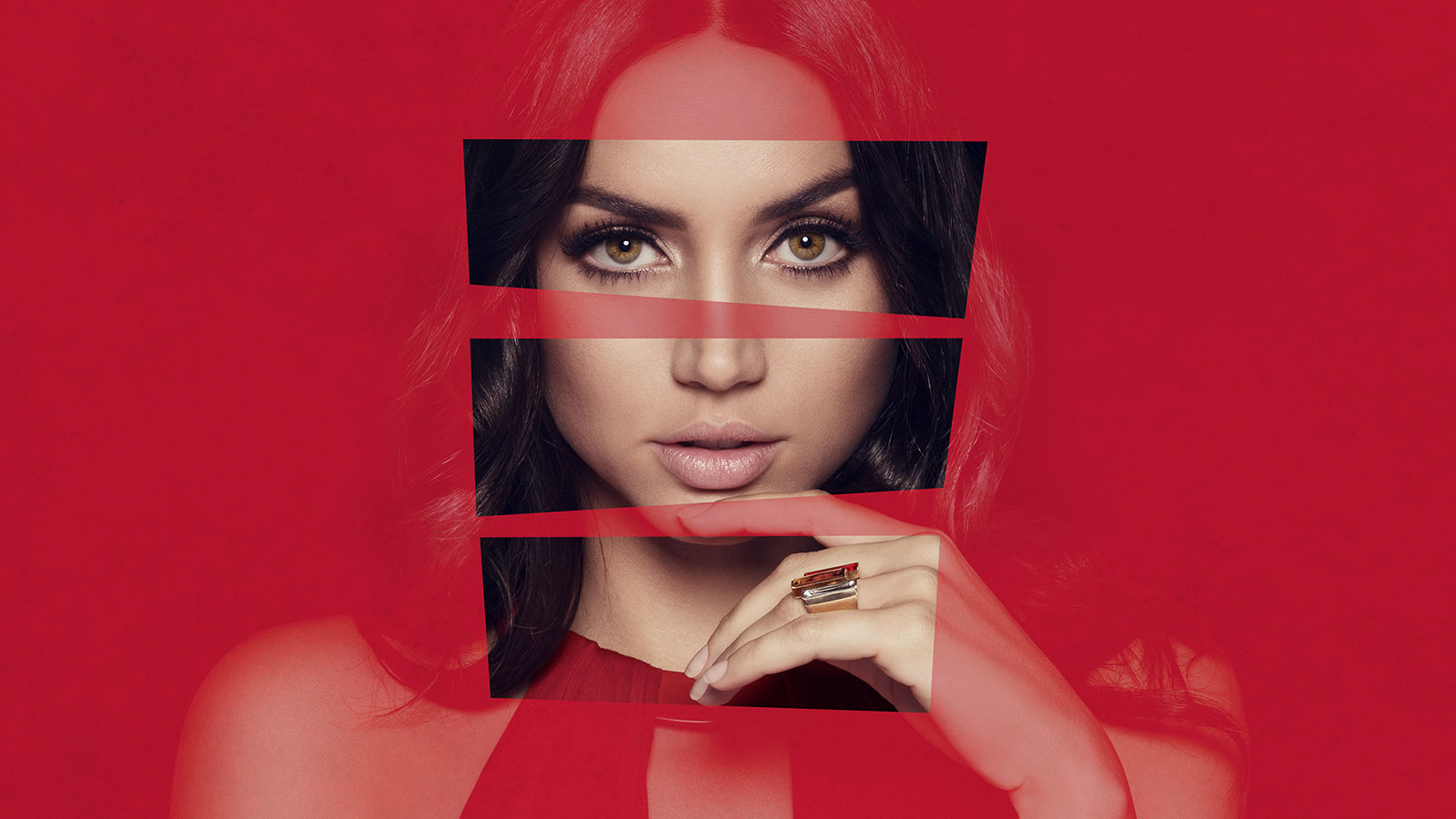 Speaking of celebration, de Armas herself has had a busy year. She starred in Montefiore's Corazón film, which won Grands at the Clio Awards and in Clio Health.

"It has been a pleasure to play the lead role in 'Entering Red,' which has been such a fantastic project and journey," de Armas says of the film. "It was an empowering role, where my character, Ana, takes charge of her destiny, for which I am proud. Not only have I fulfilled a dream of working with Matteo Garrone, but I also met an inspiring cast, and I have been able to discover the beautiful city of Milan all while celebrating a timeless icon that passed the 'taste' and test of time, the Negroni."

"Entering Red" kicks off a year of U.S. partnerships in celebration of art and film, featuring partners like the Costume Designers Guild Awards. It will appear in private screenings at New York's New Museum Theater, alongside a series of brand experiences for Campari lovers and film aficionados.

"The film features cameos from six of the world's best bartenders, otherwise known as our Red Hands," Kouznetsov continues. Indeed, the bartender, his moving hands our visual narrator, is the lynchpin for de Armas finding her treasure in the end.

"In addition to making appearances in the film, the Red Hands also created their own unique twists on the Negroni to celebrate the 100th anniversary. Stacey Swenson, representing the U.S., can be spotted behind the bar in the film and created a spectacular Garnet Sbagliato for the occasion, the recipe for which you can see below." 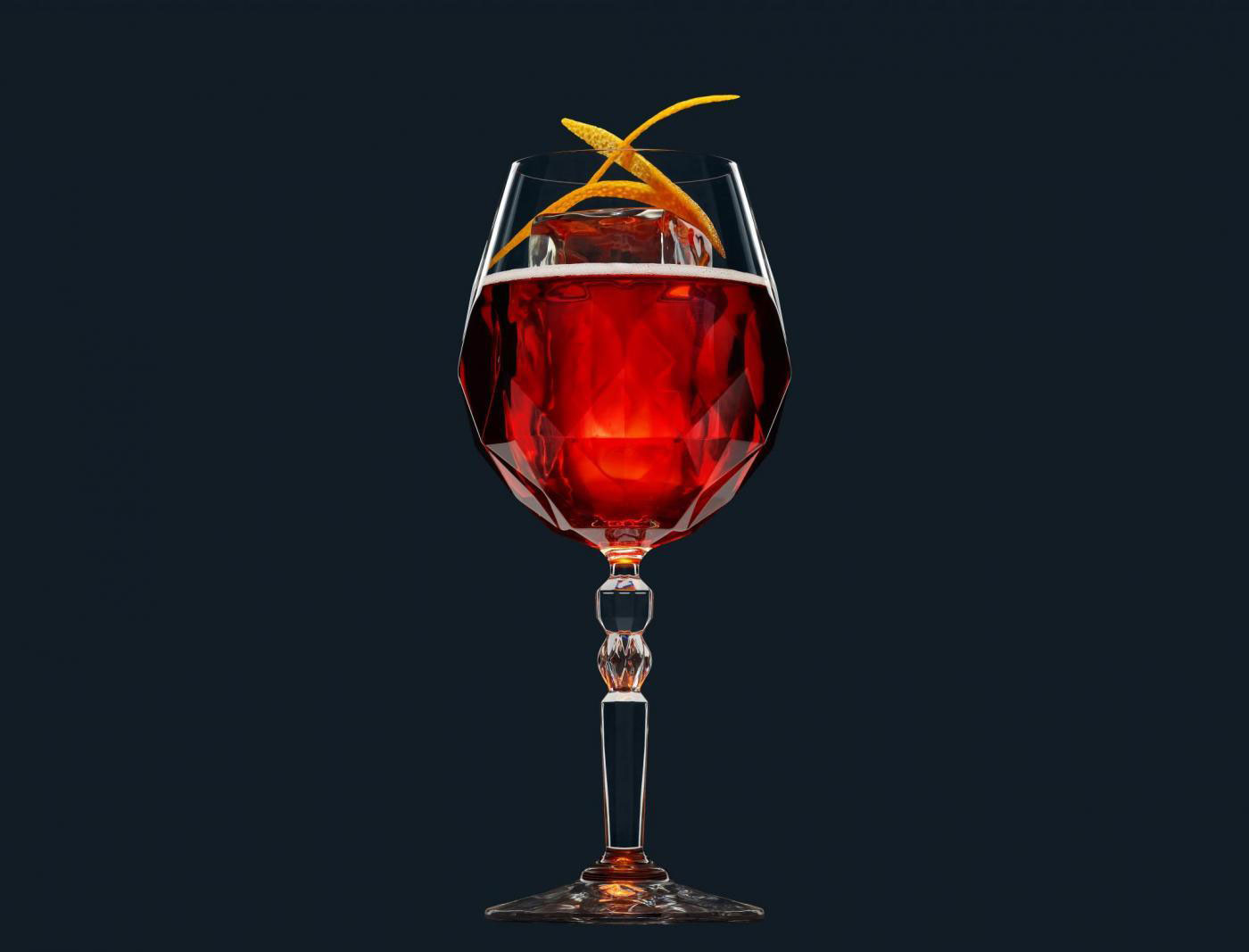 Method: Place 3 tablespoons of caraway seeds on a pan and turn heat to high, stir caraway seeds until they start to pop, remove from heat. Allow to cool and place them in a separate container with 6 oz. of high proof vodka. Let sit for 2 days and strain out the caraway seeds. Add tincture to a dropper bottle.