The investigators are back on the case for Halloween 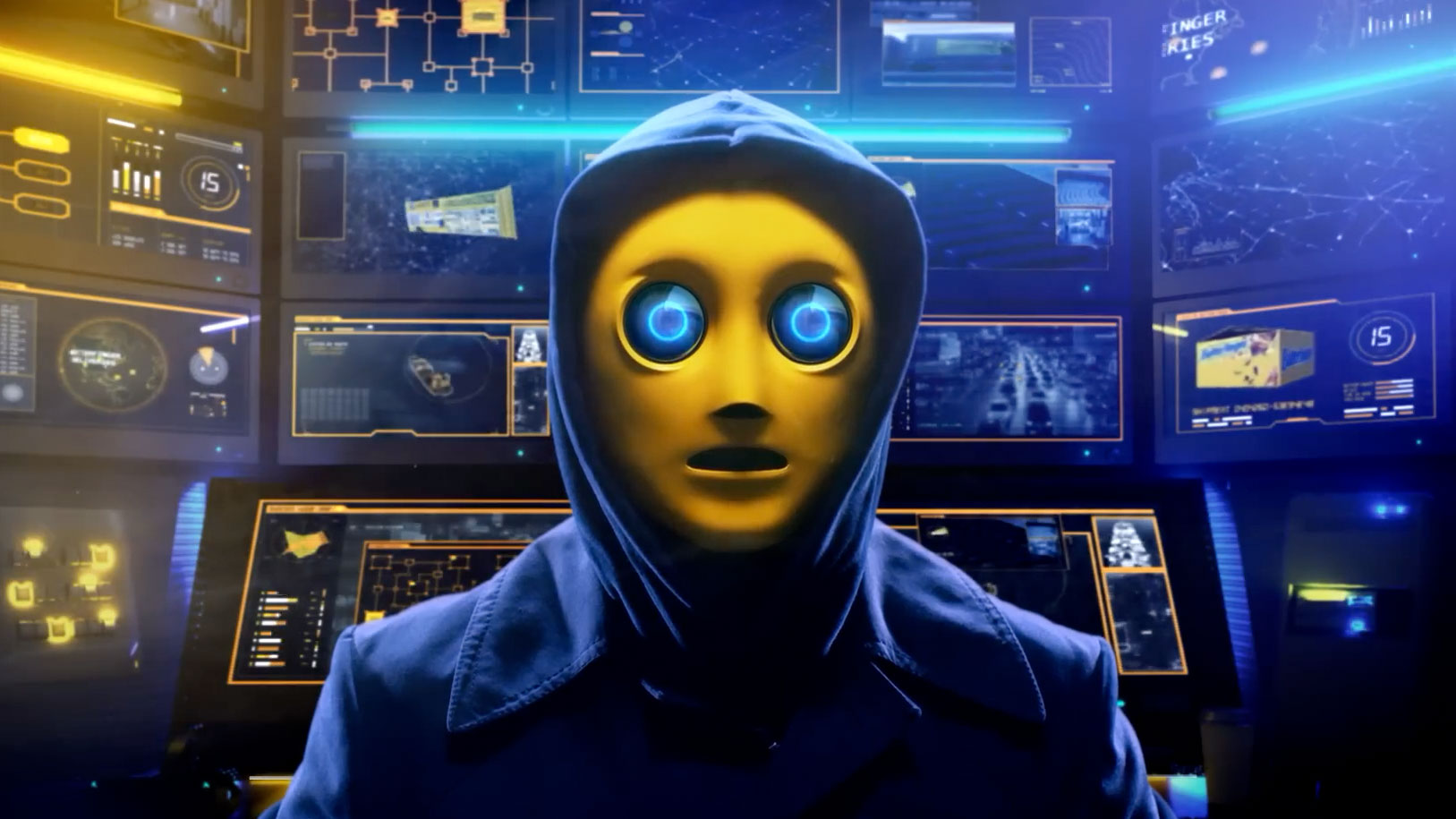 Timed to the Halloween candy crunch, silly sleuths Hugh Dunnit and Ali Byes return to investigate kooky thefts of Butterfinger bars. Amir Arison and Alexandria Bedford reprise their roles from past campaigns—and they won't need forensics or powers of deduction to figure out whodunit in ads from creative agency Piro.

All clues point to Robin Fingers, a masked miscreant who rocks a crispety cackle and flagrantly threatens to steal the world's supply of peanut-buttery treats:

Eat all that chocolate-coated goodness and you'll get a bellyache, creep!

"The plan was always to introduce more characters, specifically a villain, to create layers and add depth to the storytelling," says Miguel Zorrilla, VP of marketing at brand parent Ferrero USA. "A nemesis for the agents made sense to keep consumers engaged, raise the cool factor and continue to pique interest."

"The idea was to create a villain that would come across as ominous," Zorilla says. "We want to continue the mystery. So, for now, we aren't revealing who is behind the mask and voice" of the comic-book-style baddie.

And this gaming-specific spot drops on broadcast and cable in November:

"The typical gamer has evolved over the many years. A large majority of millennials and older Gen Z'ers—our target demo—consider themselves gamers of sorts," Zorilla says. "It's been great seeing how the brand has grown in the space. We have fans waiting for our next collaboration, commenting on social and being true brand advocates."

The initiative includes influencer partners such as Jonathan Bennett from Mean Girls and Kimberly Brown from Halloweentown, with retail and OOH elements also in the mix. Plus, Butterfinger partnered with the New York Jets for placements on the Jumbotron and digital signage at MetLife stadium.