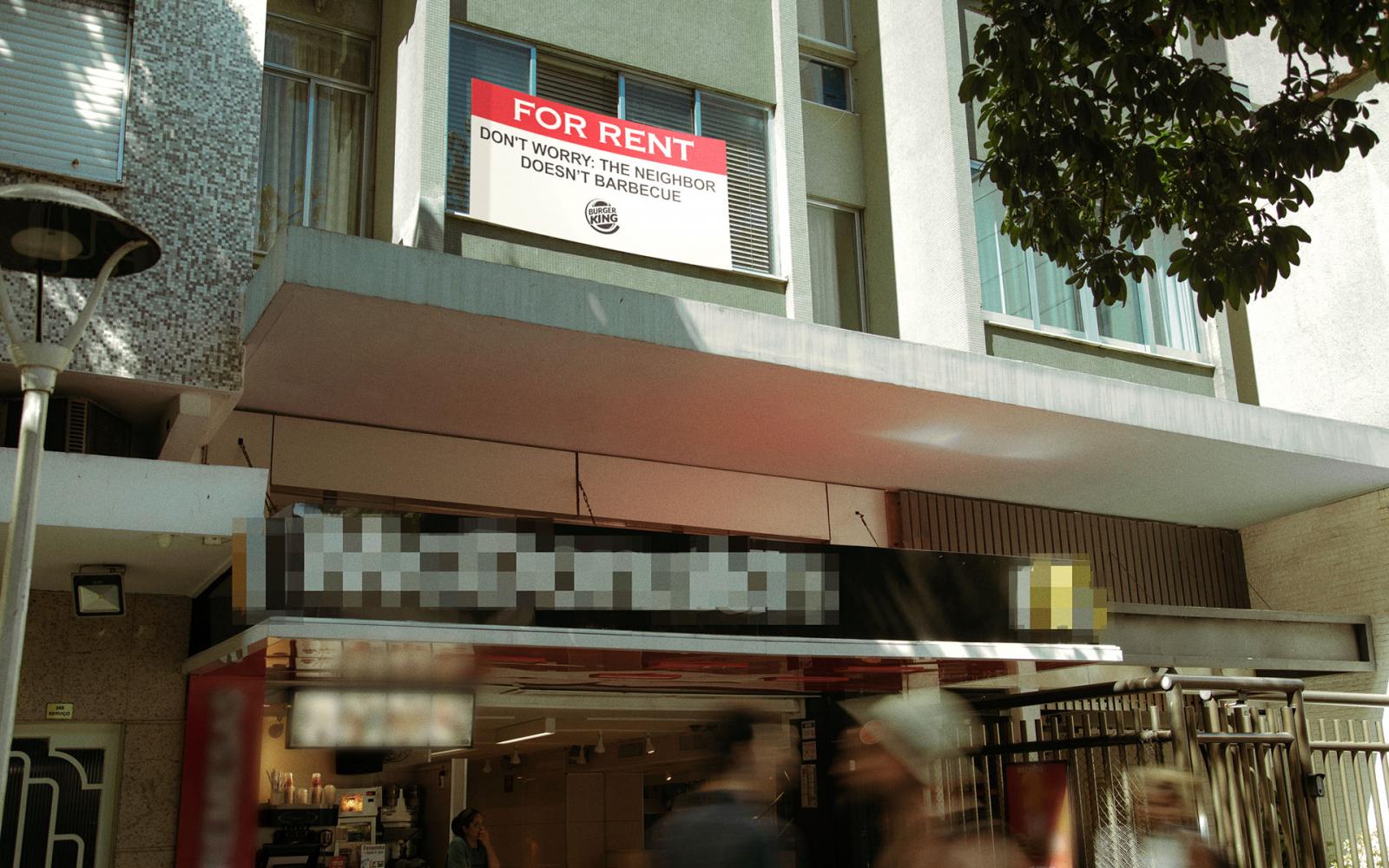 You won't have to worry about smoke from grilling

The burger chain, with help from agency David, put up "For Rent" and "For Sale" signs on building next to McDonald's locations in Brazil—with copy snarkily reassuring people that living there would be fine, as you would never have to deal with smoke from actual flame-grilling.

Rio de Janeiro and São Paulo. Check out some of the executions here: 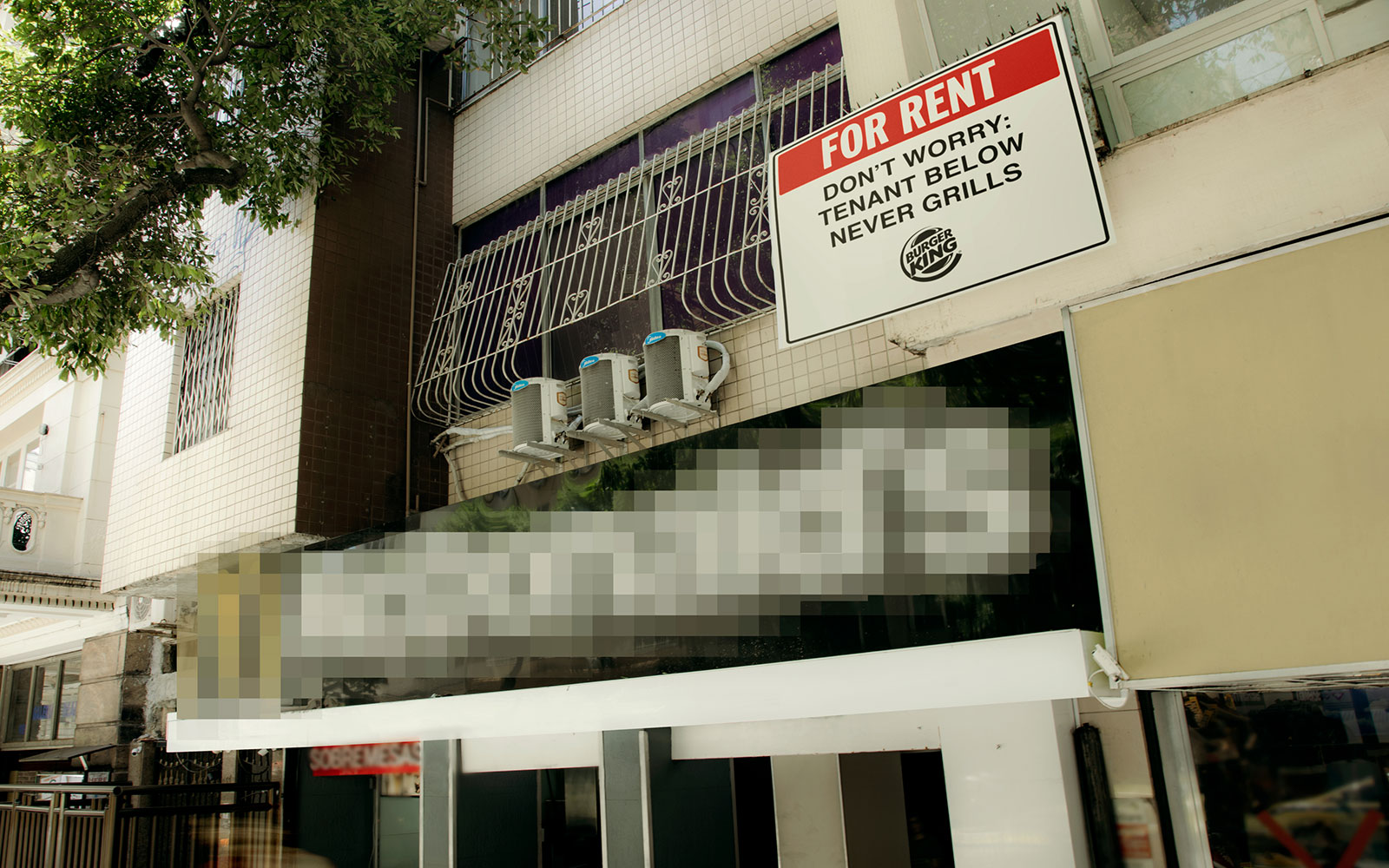 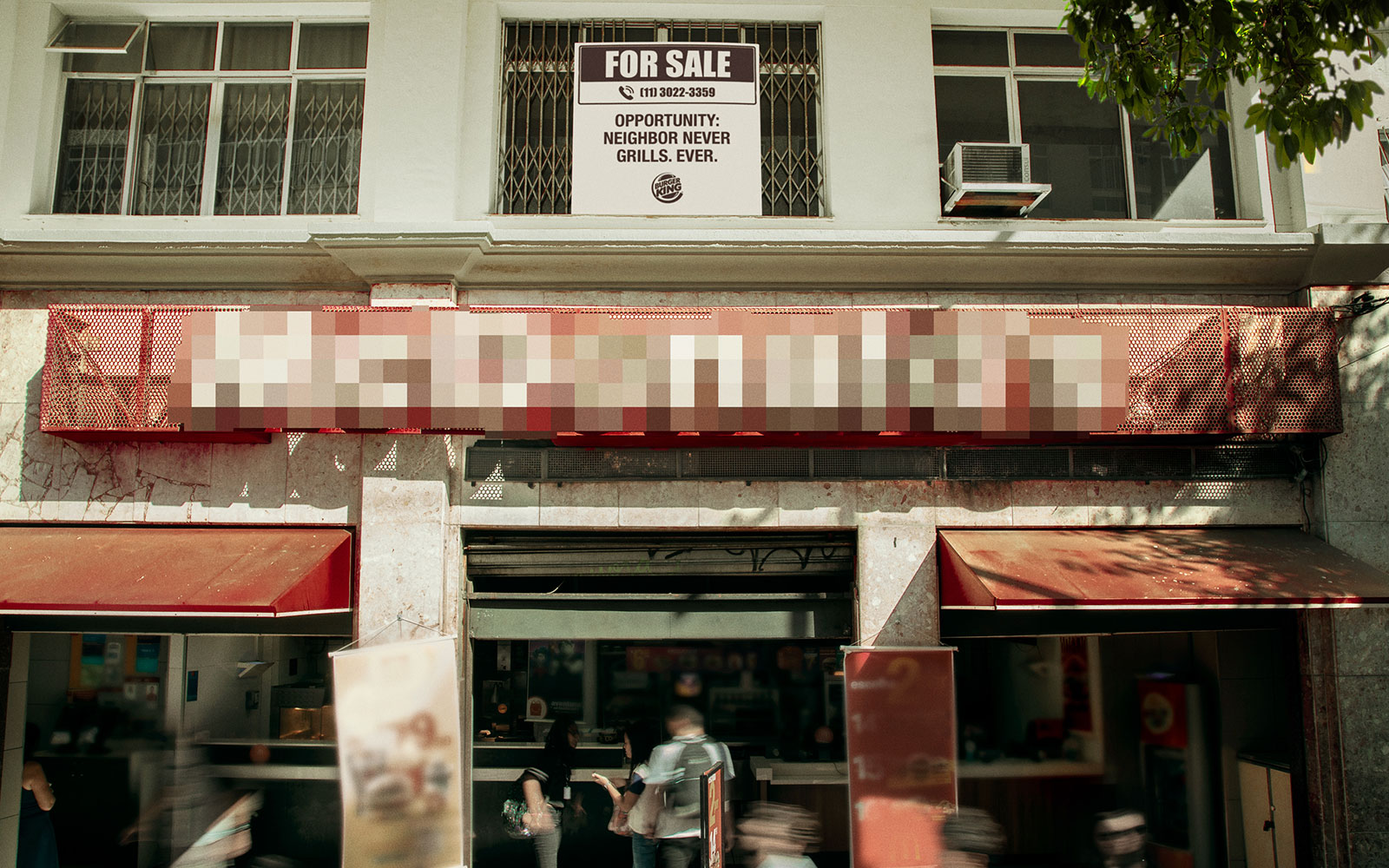 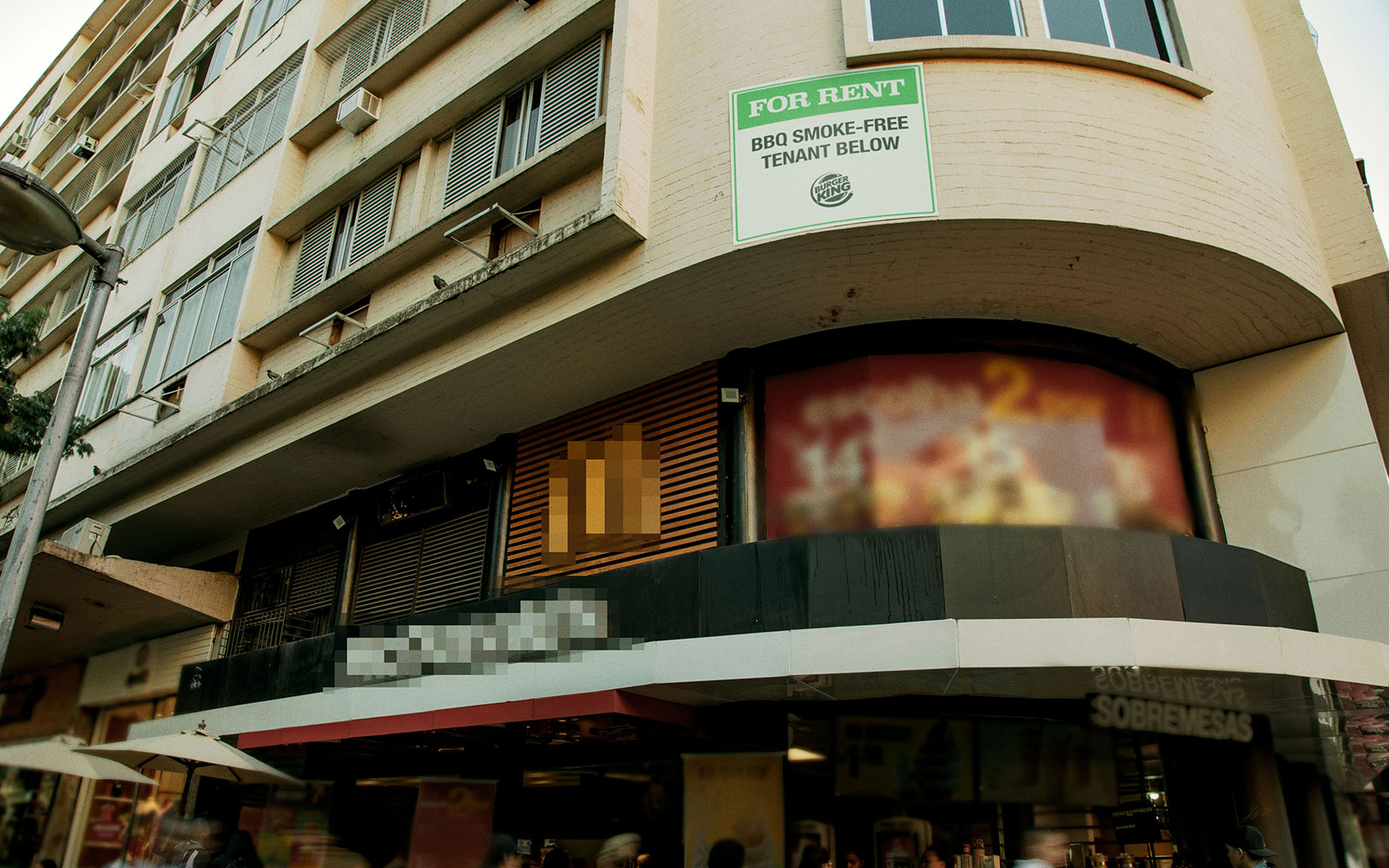 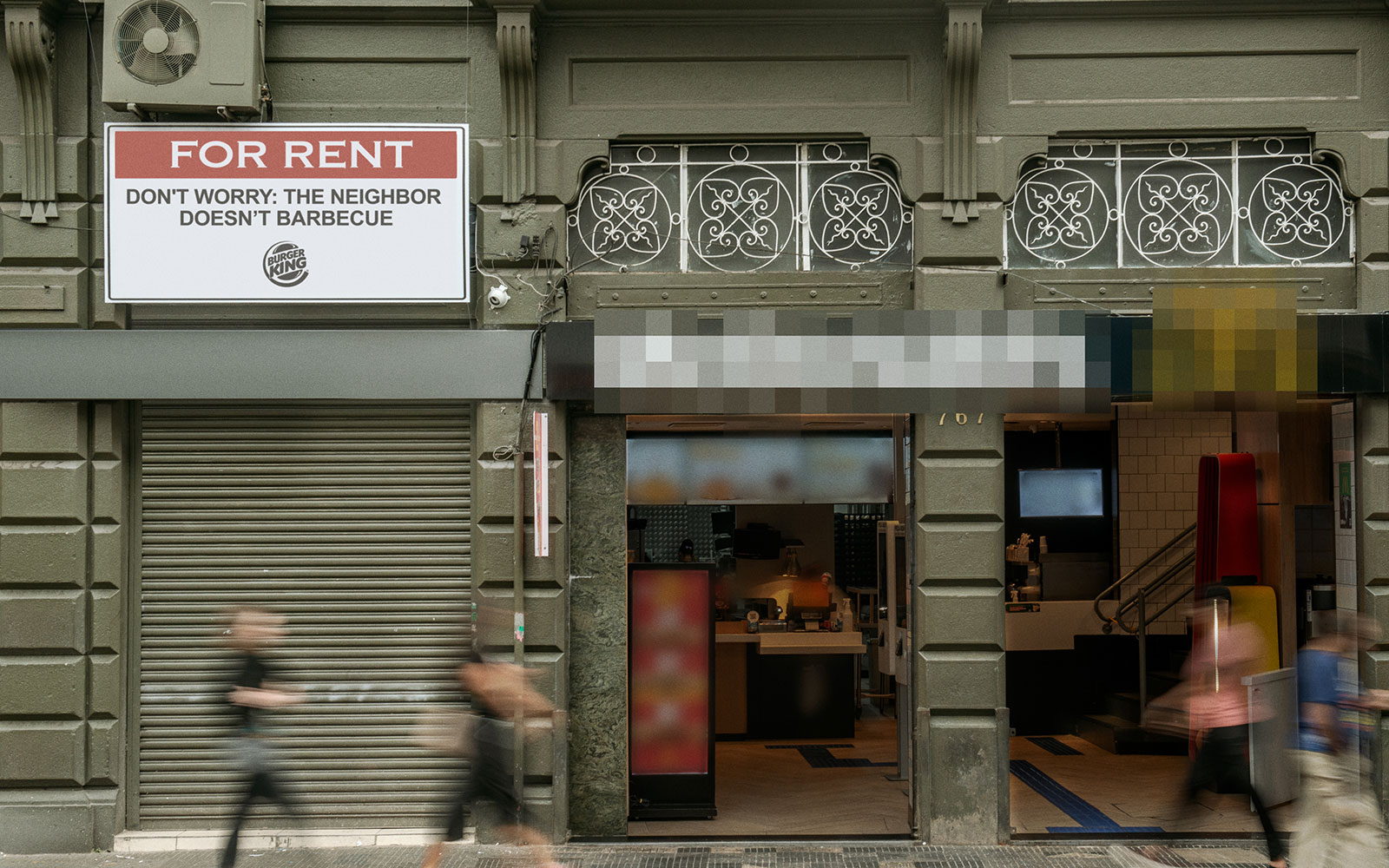 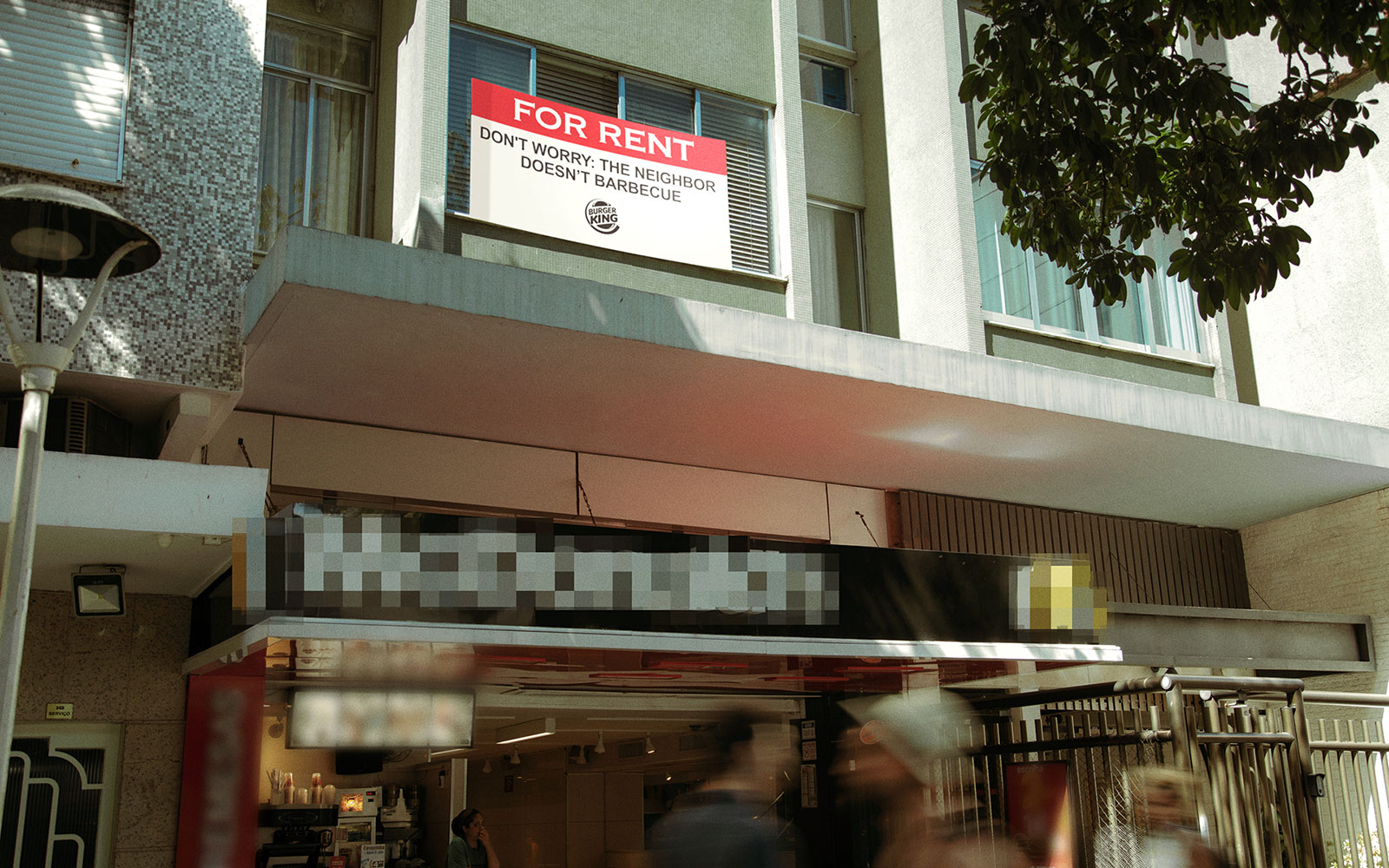 Those who called the phone number on the one sign were met with this audio greeting: "When picking an apartment, no one really wants annoying smoke: that's why it's great to have a neighbor who doesn't barbecue. But when your stomach growls, a flame-grilled patty on a Burger King sandwich makes a heck of a difference. Interested in this building? Please send an email to vizinhoperfeito@burgerking.com.br."

David's São Paulo and Madrid offices worked on the campaign.

"Everyone just loves flame-grilled barbecued meat, but not everyone likes to have a barbecuing neighbor," says says Rafael Donato, creative vp at David. "With the 'Best Neighbor' campaign, we help these people, highlighting one of the features that sets BK apart as a brand without losing our sense of humor."

Does this mean you wouldn't want to live near a BK, though?