Haunted by their lack of flame-grilling in a past life

Burger King is a big fan of trolling its rivals on Halloween. Who could forget Scary Clown Night, or the time BK dressed up as McDonald's in Queens?

This year, BK and agency MullenLowe are pulling another trick on their fast-food brethren with a campaign called "Scary Places." It's centered around five abandoned fast-food restaurants in the U.S. that are being featured in ads. The chains are not named, but in the ads below, it's clear they are old McDonald's and Wendy's locations. 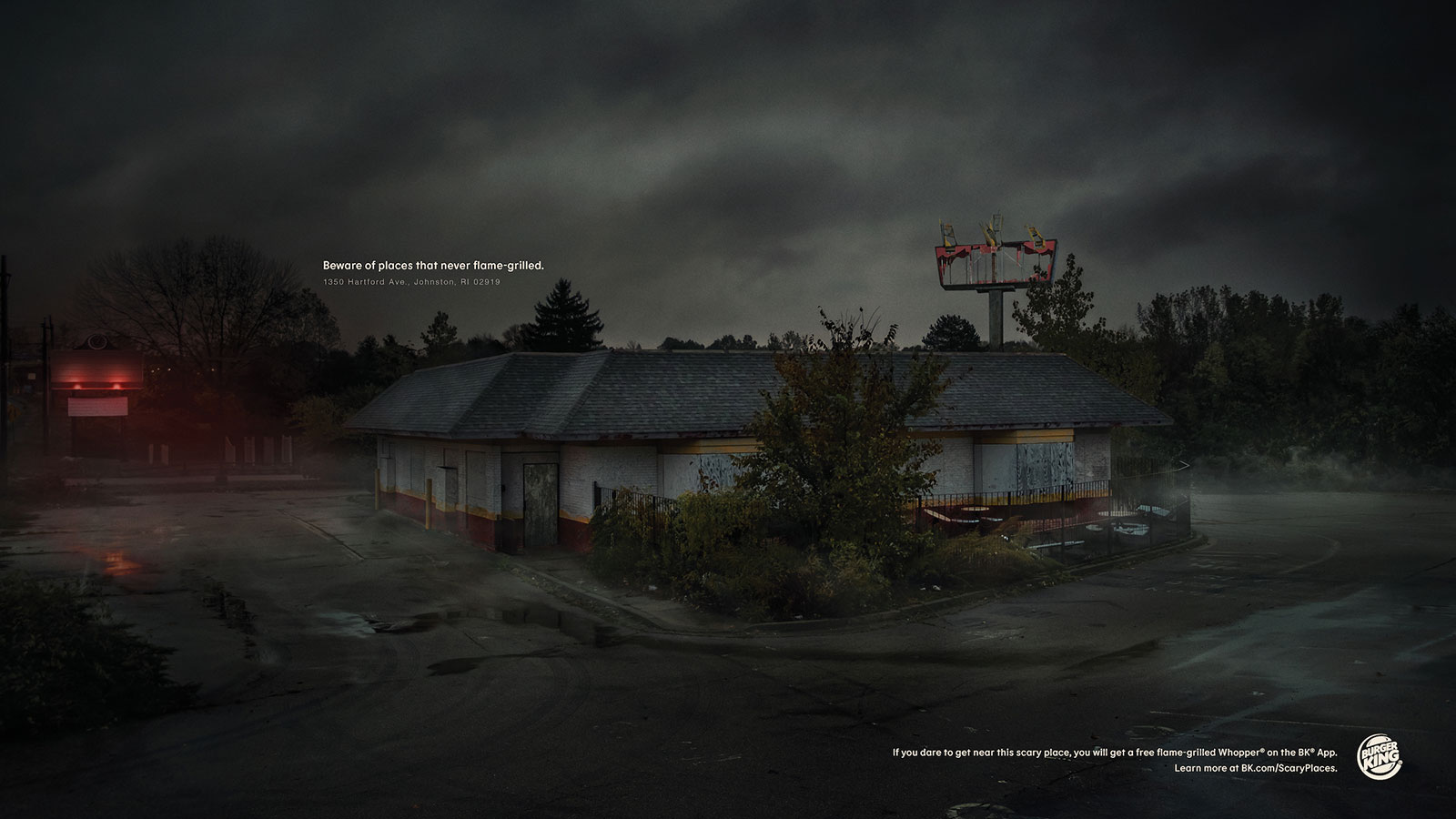 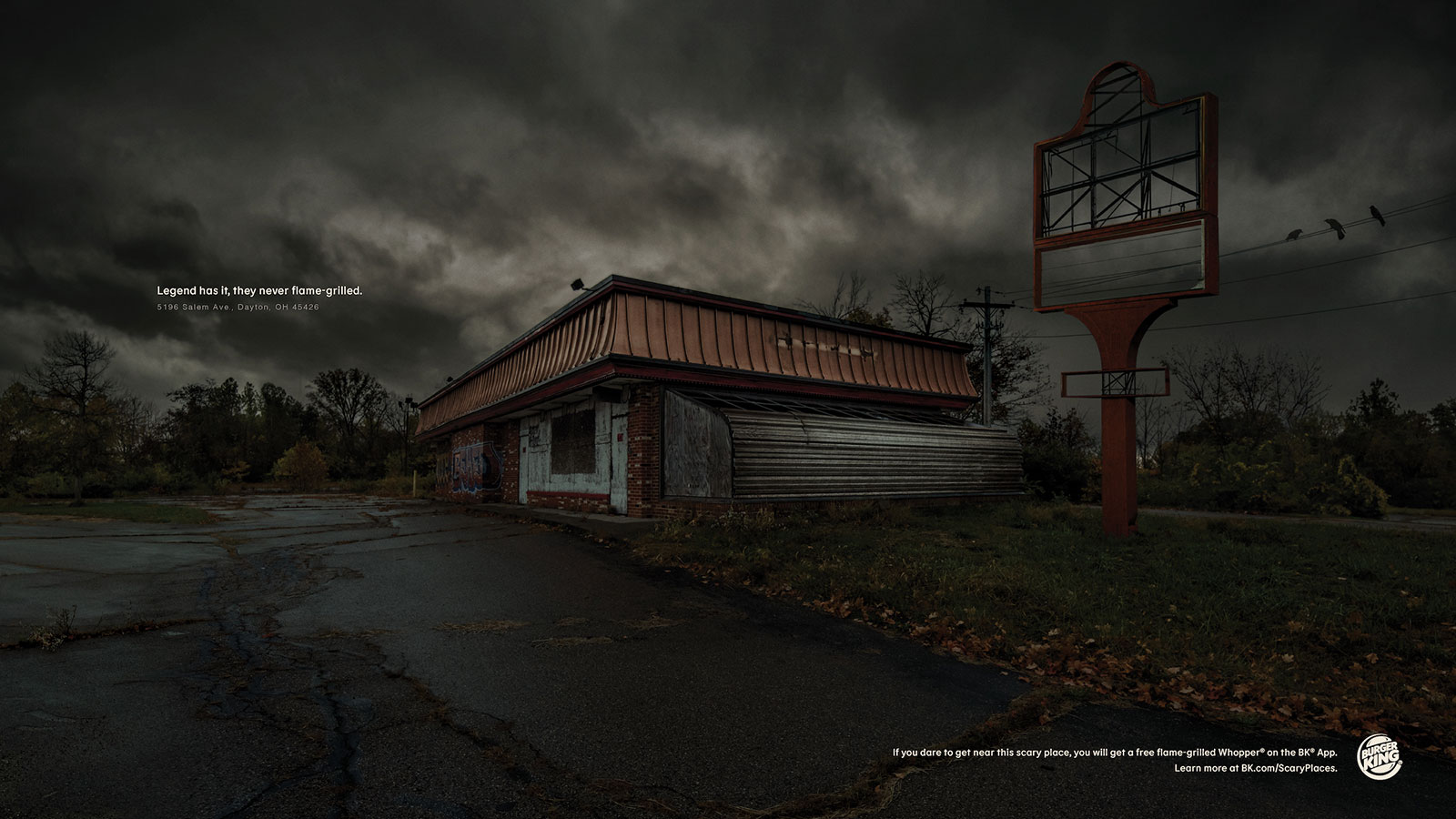 "Why are these places so scary? When they were open, they did not deliver the beloved flame-grilled taste," BK says. "On some nights you can even hear the sizzling screams of the flat top. What could be scarier than that?"

The campaign goes beyond ads to include a location-based couponing feature involving the BK app. BK will use push notifications to the BK App, as well as social media and this landing page, to direct people to the five actual abandoned restaurants—then, using geolocation, will reward folks who drive by them with a coupon for a free Whopper.

"To us, nothing is scarier than a place that never flame-grilled," said Ellie Doty, chief marketing officer of Burger King North America. "While Halloween looks a bit different this year, we're embracing it in a way that keeps guests' safety top of mind in current times. A good scare and a delicious reward of a flame-grilled Whopper."