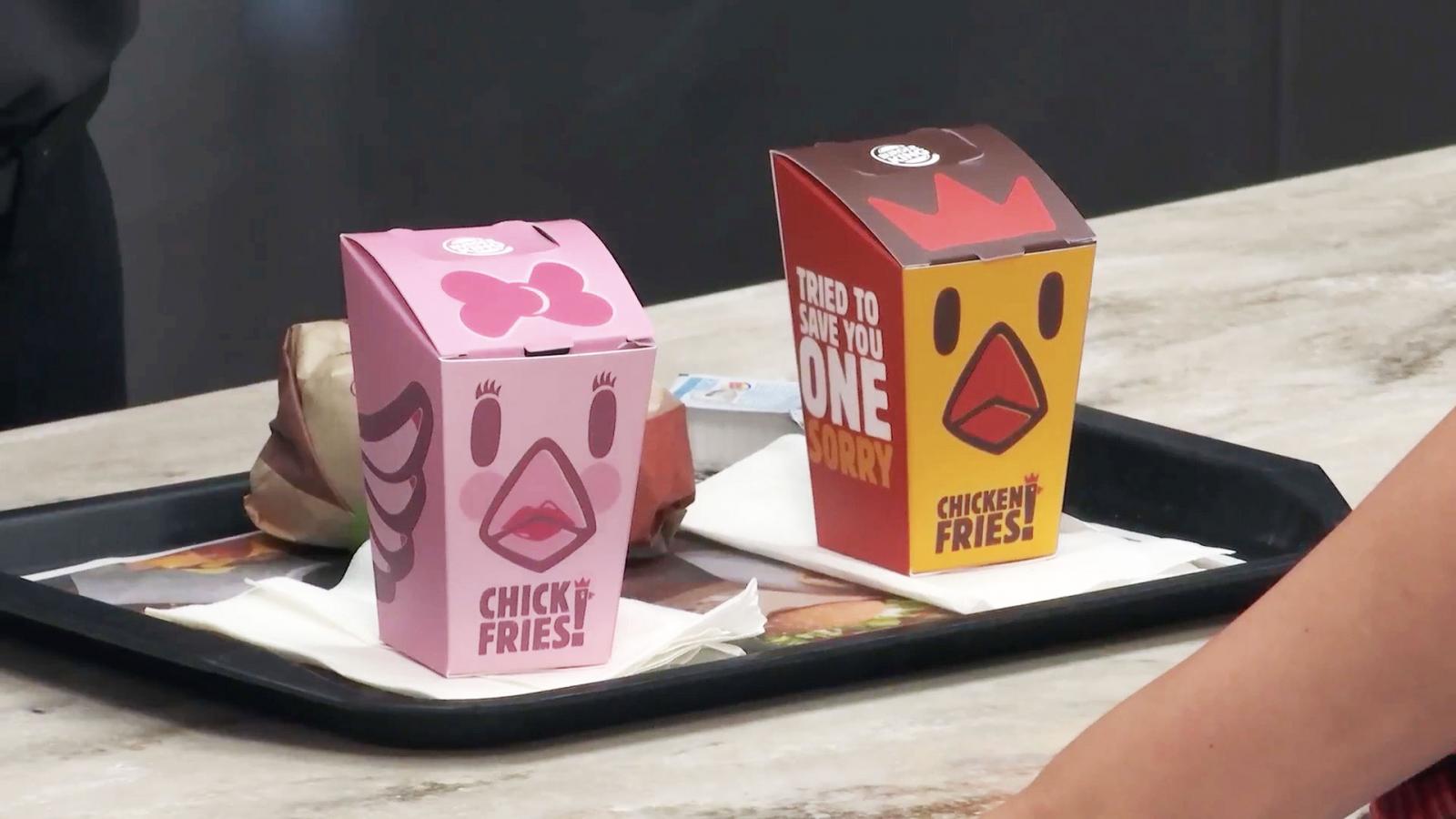 Burger King is back to punking customers for the greater good.

The fast-food chain, working with David Miami, just released its latest hidden-camera spot cleverly addressing a political problem by forcing its customers to experience it firsthand in a BK store.

While earlier spots addressed issues like bullying and net neutrality, this one takes aim at the so-called Pink Tax, which refers to the extra amount women are charged for female versions of certain products and services.

To highlight the lunacy of the pink tax, BK forced it on its own patrons by trying to sell women a pink box of Chicken Fries, renamed "Chick Fries," for $3.09, which is 83 percent more than the regular dude-bought Chicken Fries ($1.69).

Predictably, this did not go over well at all.

As the net neutrality video did, the "Chick Fries" stunt does an entertaining job of taking an issue most people are aware of in a vague sense and shoving it in their faces—and by simplifying it, making it feel real and infuriating.

UPDATE: One of the creators of a similar video made in 2016 by a blog named GirlTalkHQ.com (working with BBDO Toronto) reached out to Muse, saying that BK "blatantly ripped off" their work. See that spot here. It certainly is similar, although the BK spot is also an evolution of BK's own in-store stunts and so seems like like a rip-off.

The Pink Tax is real. On average, the female versions of products cost more 42 percent of the time. (The New York City Department of Consumer Affairs published a study that found women's products cost up to 13 percent more than similar products for men.) The spot calls on viewers to help end this gender-based pricing discrimination by supporting the Pink Tax Repeal Act, introduced this spring by California congresswoman Jackie Speier.

The BK stunt, directed by Kris Belman of Here Be Dragons, is also very on brand—fitting into the fast-food chain's recent history of political activism through projects like Proud Whopper. It also reinforces the brand's longstanding "Have it your way" positioning.

"Burger King restaurants welcome everyone, and we see the Pink Tax as extremely unfair," said Christopher Finazzo, president of North America for the Burger King brand. "We created this experiment with fan-favorite Chicken Fries to demonstrate the effect of the Pink Tax and how everyone should pay the same for the same products—whether it's pink or not."

In fact, the pink packaging does look pretty cool. And it's being put to use beyond the spot. The pink Chick Fries box will be available today (July 26) in select BK locations in Miami, New York City, Los Angeles, San Francisco and Chicago while supplies last.