The drive-thru is tougher than you think

Let's get this out of the way right off the bat: No one was hurt in the making of Burger King's new print ads—or in the car accidents they depict.

In its latest provocative print campaign, BK and agency LOLA MullenLowe hype the burger chain's home delivery service by showing real photographs of car accidents at BK locations. The message? "Leave it to us," says the headline on each. 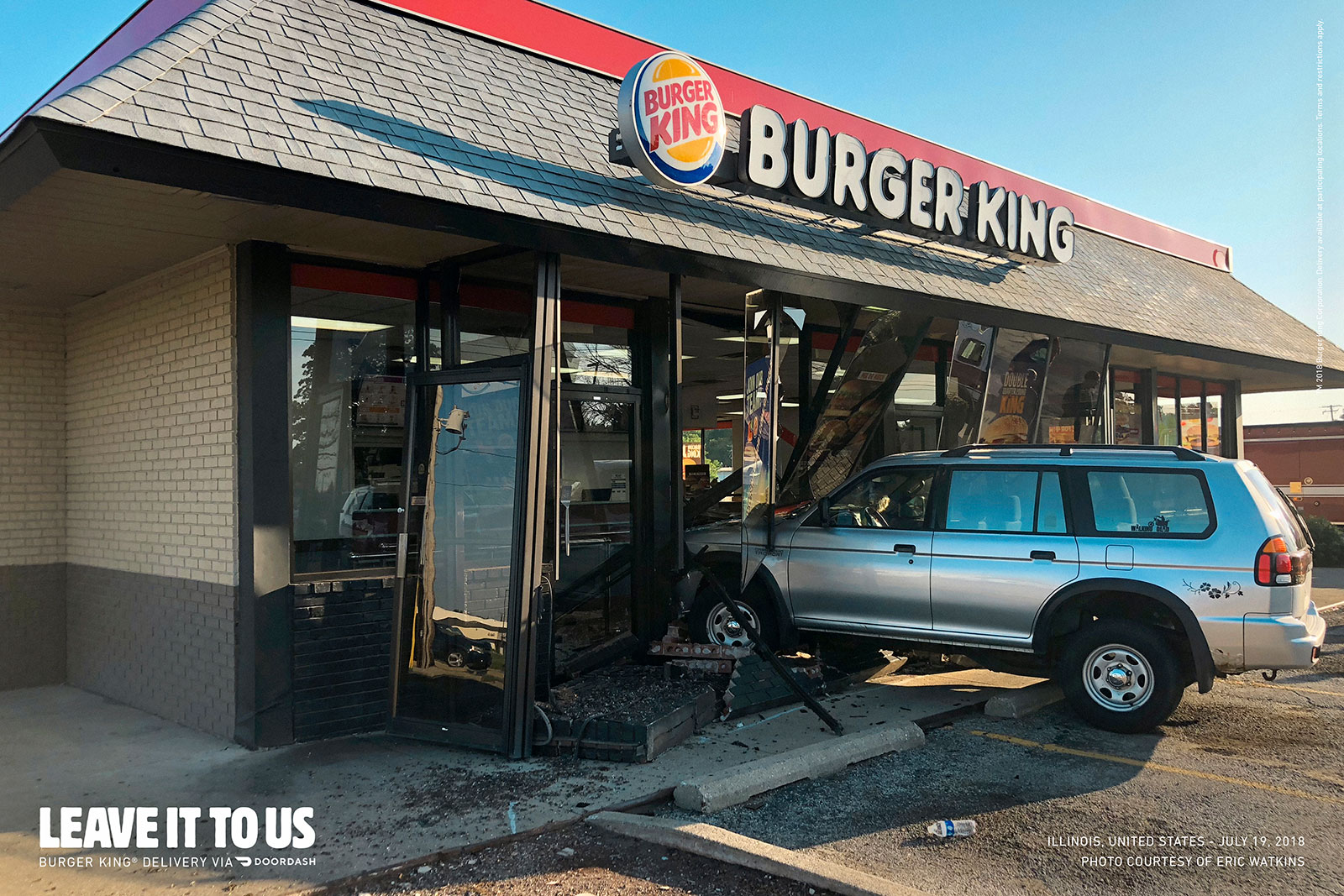 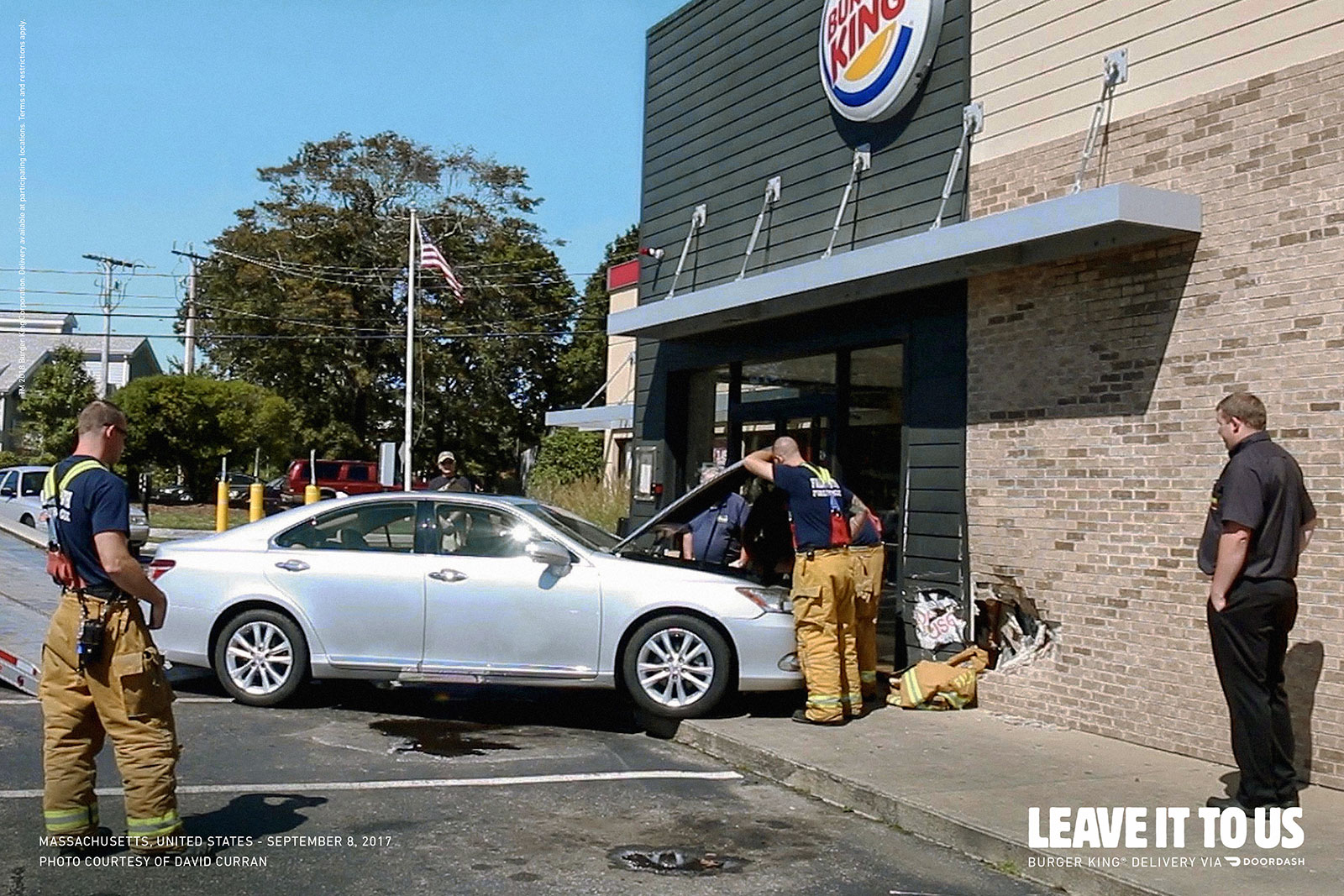 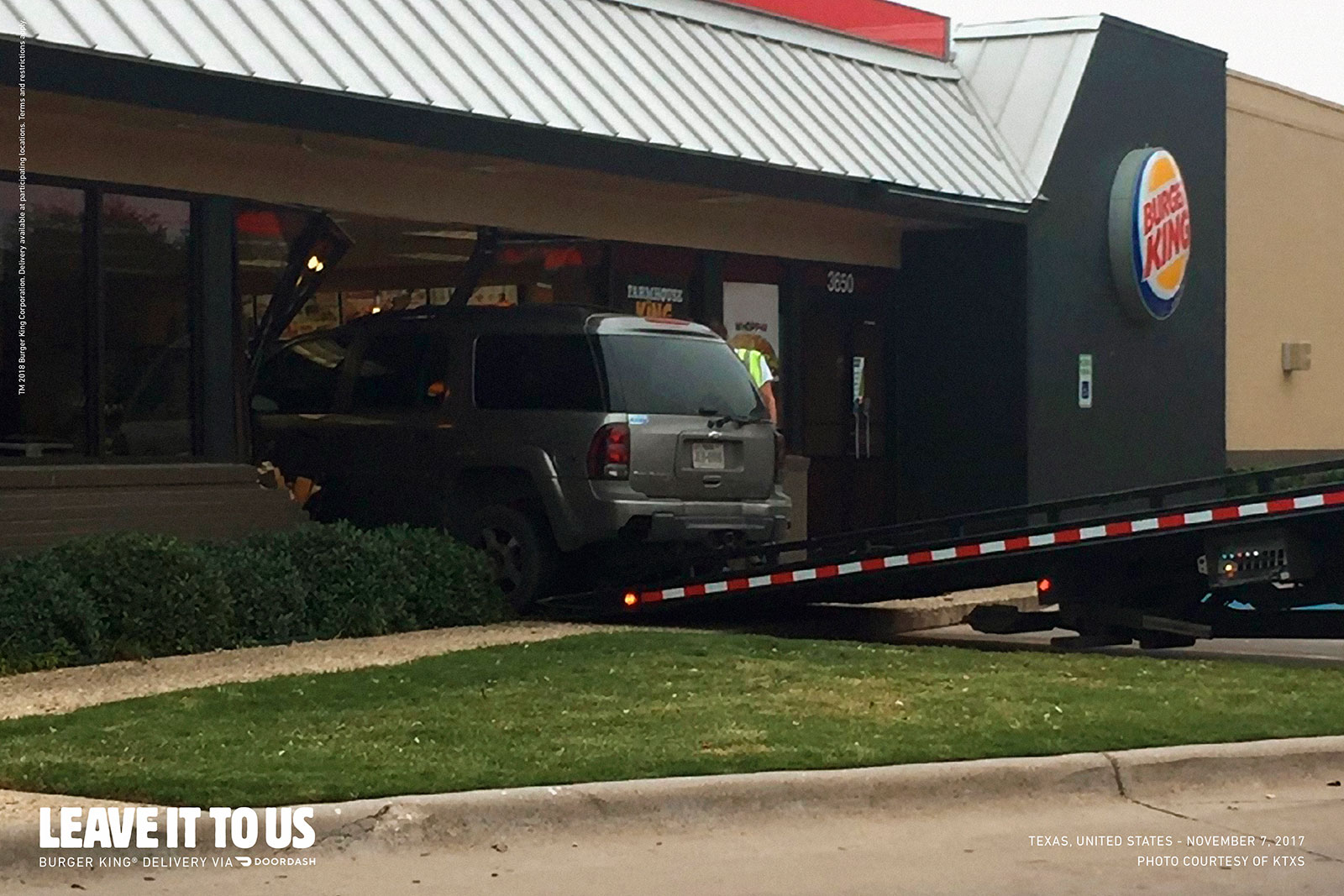 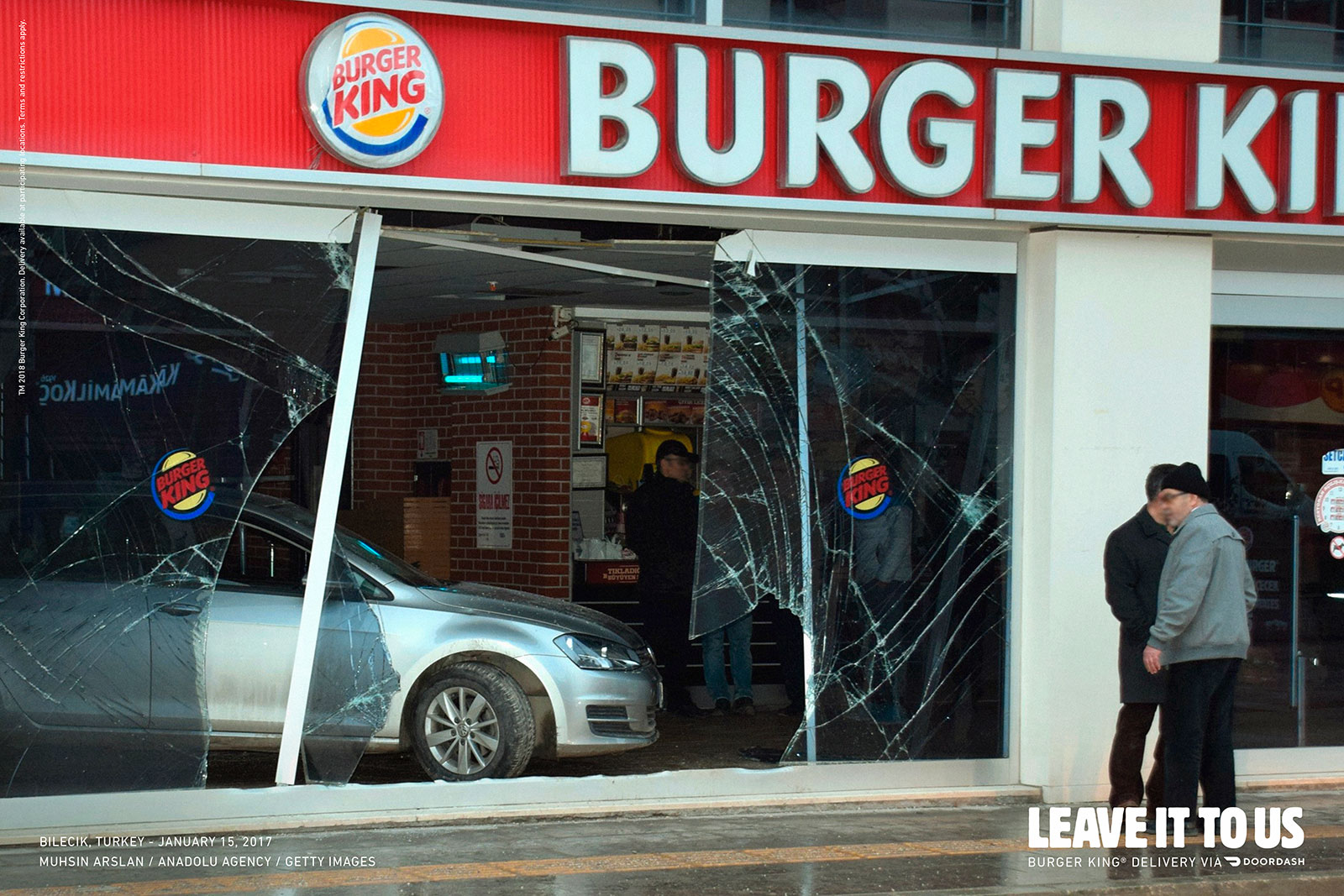 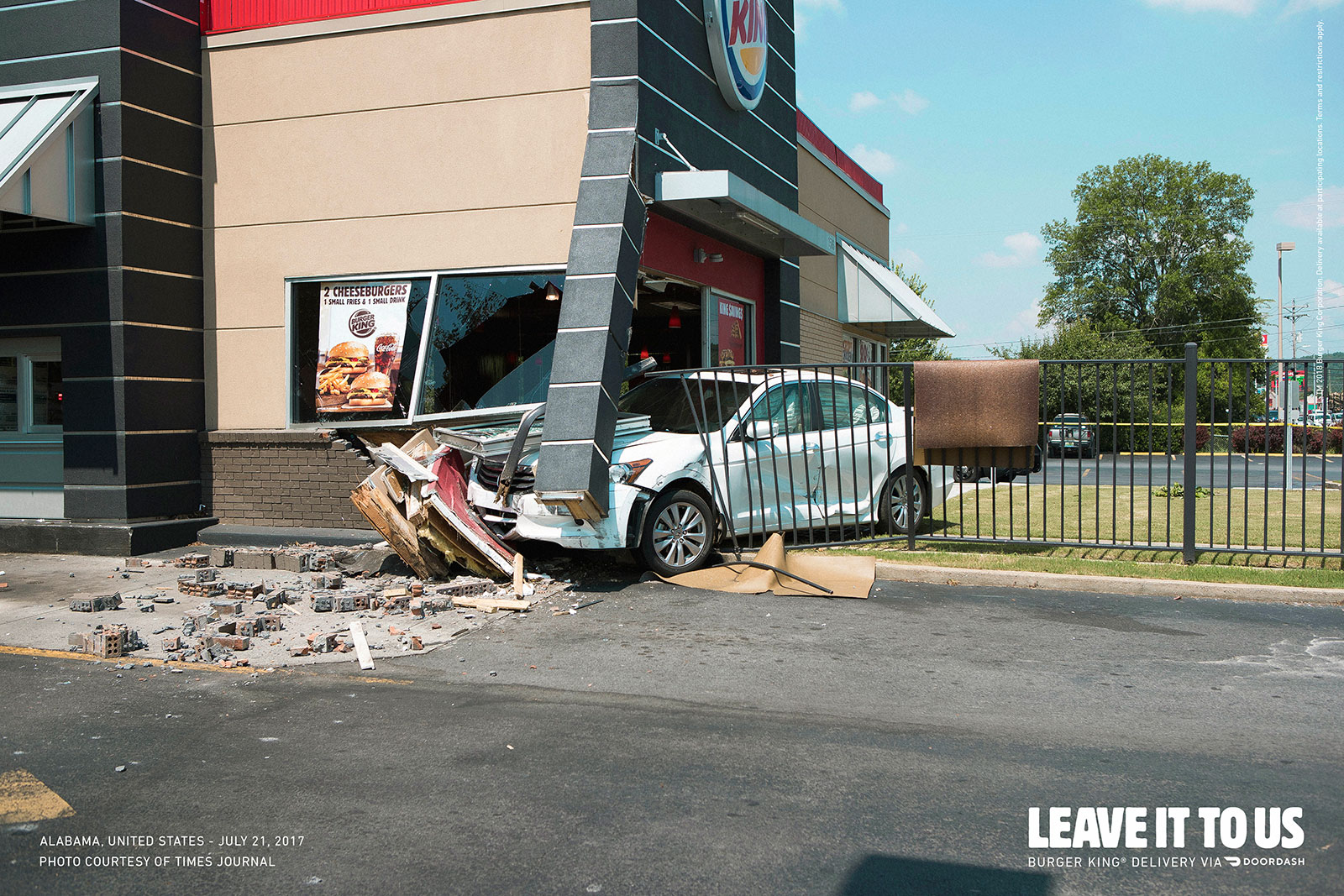 BK emphasizes that no one was seriously injured in any of the incidents. The approach is very similar to last year's "Burning Stores" campaign from agency David. That work showed actual BK restaurants on fire, with the headline "Flame grilled since 1954."

As "Burning Stores" made clear, BK is happy to craft advertising that presents its restaurants in a less-than-flattering light. It's a risky move, but "Burning Stores" did win a slew of advertising awards and was praised by many for being captivating and engaging particularly in social media, which tends to prize warts-and-all authenticity over glossy, retouched perfection.

"Smartphones are the most likely culprit, but what about Whopper sandwich cravings?" the brand says in a press release. "You gotta wonder when the internet is full of pictures of drivers crashing into Burger King restaurants and over 400,000,000 Whopper sandwiches were sold in the U.S. last year alone."

BK delivers via the DoorDash app or at DoorDash.com. Now through Sunday, DoorDash is waiving its delivery fee for BK orders over $15.