Brands are certainly embracing the occult this Halloween.

Following canned water brand Liquid Death's hiring of a witch doctor to curse its product, today we see Burger King attempting to commune with the dead for a very special taste test.

BK, whose previous Halloween antics have included the brilliant Scary Clown Night, this year decided to create a "Ghost Whopper"—made with spooky white buns (that are really just white cheddar cheese flavored). Then they got a psychic medium named Riz Mirza to invite paranormal spirits into his body to taste-test the spectral sandwich.

For a location, they chose the site of the supposedly haunted old Hotel Alexandria in Los Angeles, which has a so-called "Phantom Wing" that was bricked off in the 1930s due to several paranormal sightings.

Would they warm to the taste of a modern-day delicacy? See how it went down here:

Kudos to the spirit who yelled "It's filth!" and tossed the Ghost Whopper across the room. That's the kind of honesty you want in a focus group of the dead. Further kudos to the living participant who said of the stunt: "It's all b***s***."

Still, BK is taking solace from one of the spirits who said of the sandwich, "It's beyond belief to experience this taste" (which isn't technically a compliment, but ghosts never phrase things quite the way you want).

Then there were the spirits who didn't know what a hamburger was—poor souls who likely perished in the hotel closer to its opening in 1906, before White Castle (sorry, BK) popularized the hamburger across the country in the '20s and '30s.

In the end, footage was edited into something of a comedy. Even BK doesn't sound confident that Mirza wasn't faking it, but added: "Whether we believe the medium truly helped the Burger King brand feed a sandwich to spirits or not, at least we know someone … or something approved the taste of the Ghost Whopper sandwich."

One thing's for sure: The Ghost Whopper will go on sale, for real, at 10 restaurants across the country beginning Oct. 24. 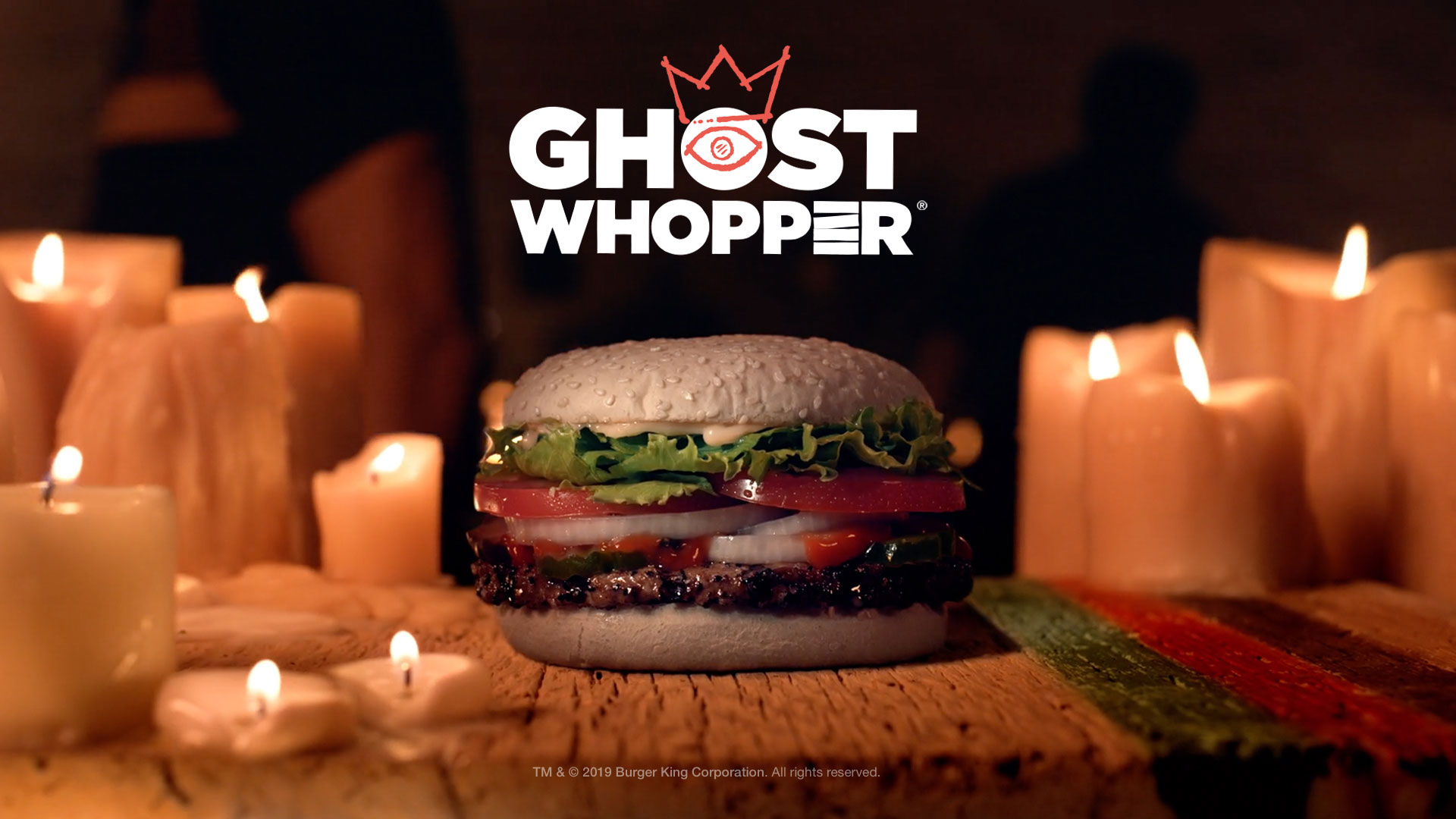