Is This a Brilliant Outdoor Ad or 'a Waste of a Bus Side'?

Fun bit of meta advertising? Too clever for its own good? Somewhere in between?

London agency Uncommon has rolled out a new campaign for craft brewer BrewDog that's provoking some debate (at least among ad types) about the merits—and/or lack thereof—of its version of anti-advertising.

New outdoor ads have the word "ADVERT" in big block letters, along with a photo of a BrewDog Punk IPA can. A version on a bus side has the full line "ADVERT ON A BUS." 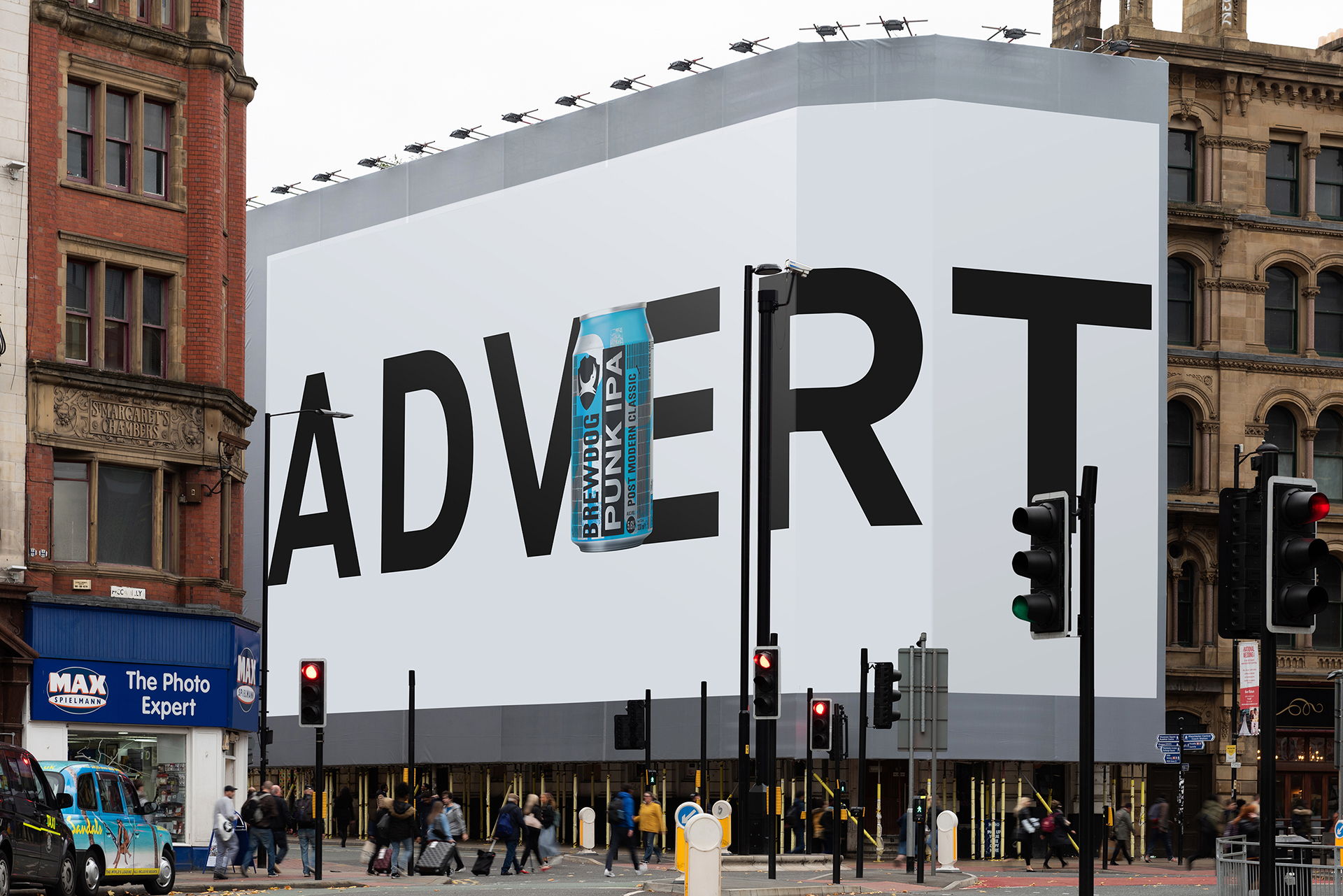 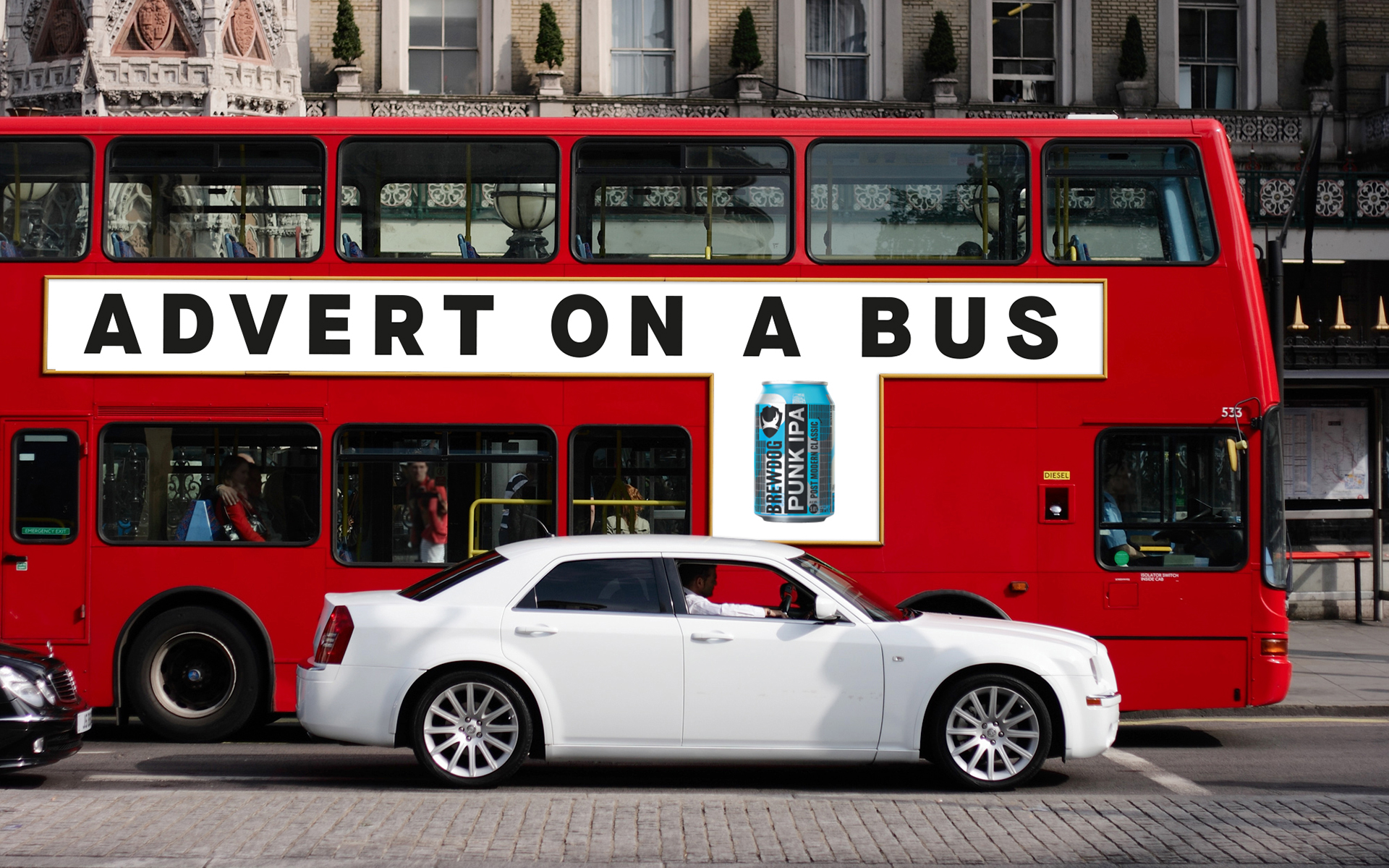 London copywriter Vikki Ross posted an image of the bus side on Twitter, which led to varying reactions—some thought it clever and subversive, while others felt it was lazy and unoriginal.

too right mate - there's nothing to get. Its a waste of a bus side.

I think the message is clear. They're a 'punk' counter culture brand who don't believe in advertising (=consumerist, manipulative, not 'real') per se, but do want to inform you they exist. Atleast that's how I read it. Not amazing, but did it's job ok.

The Brewdog founder once said that he's rather "set my money on fire" than spend it on advertising. I guess that this fourth wall-breaking fun is an extension of that famously chippy attitude. It has a nice, timely They Live vibe, too. ^Matt

Same. Be an ad: be interesting and/or entertaining.

Keep the line and remove the packshot. Yeah, NOW we're getting somewhere.

The discussion alone, according to Uncommon, is mostly the point.

"Going unnoticed would be a bigger crime. I can't remember the last bus side anyone talked about," Uncommon creative chief Nils Leonard tells Muse.

The campaign also included a 30-second spot during Sunday's Game of Thrones broadcast. It also just featured the word "ADVERT" and a product shot, but was backed by the metal track "Bleed" by Meshuggah.

Reaction to the TV spot, anecdotally, was also mixed—though many viewers embraced it for the Meshuggah track alone.

take a bow @BrewDog. meshuggah and banter. i ? u forever https://t.co/gsvE44q1Ms

The new @BrewDog advert with @meshuggah tho ?

Did I just hear Meshuggah in a fucking BrewDog advert

@BrewDog please fuck off with that advert. Classless and fucking horseshit lazy advertising

James Watt, co-founder of BrewDog, explained the strategy in a statement: "Only 14 percent of the U.K. population have discovered craft beer; there's a huge untapped market. The craft beer revolution will only take hold if we convince the world to ditch the mainstream and embrace the alternative. We don't want to live in a world dominated by bad beer any more than you want to live in one with lame advertising. So we have drawn a line in the sand with this new campaign. We've done what we've always done—the exact opposite of what convention and rules expect. This is what a BrewDog TV ad looks like."

Leonard said of the TV work: "The ad break in GoT is one of the most prestigious media slots in the cultural calendar. Brands often spend big here, investing in massive narratives and slick films often referencing the show they sit around. So we didn't. The magazine you notice on a busy shelf is the one with the least on the cover. Ad breaks for shows this big are a jazz salad of messages, so we set out to make the simplest, most honest message we could."

For our money, the work isn't as interesting as something like Newcastle "No Bollocks"—there are limits to the charm of simply calling your ad an ad, after all. At the same time, it does reasonably stand out and decently communicates the brand's attitude. And the self-contradiction that some find annoying—i.e., you can't really be credibly "punk" when you're buying time on Game Thrones—is mostly the thing that provokes all the debate in the first place.

Hard to know where they take it from here, though.