At Bathtub Creative, a Glimpse of Agency Life in Ukraine Today

A place of refuge becomes a symbol of hope

Julia Petryk in her bathtub in Ukraine

Before Russia invaded Ukraine 10 months ago, Julia Petryk led a fairly routine existence. She helmed corporate communications for Kyiv-based tech company MacPaw and enjoyed a vibrant social life with friends and family. Petryk never imagined the horror that would befall her nation when Vladimir Putin began raining death from the sky.

Bombs fall incessantly these days, causing massive destruction and casualties. Such attacks drove Petryk and thousands of her countrymen and women who remain in warzones to seek refuge in an unlikely place: their bathtubs. "We're advised to find the innermost room, and for most of the people it's a bathroom," she tells Muse. "A lot of people hide in bathrooms because not all residential places have bomb shelters."

The website features Petryk's story and tales from her peers as they struggle to work and survive amid hardships not seen in Europe since World War II. Visitors can make donations or buy bars of soap, with all proceeds benefiting the MacPaw Foundation, which provides hygiene products (cleaners, toothpaste, shampoo, toilet paper) to Ukrainian soldiers and civilians.

"When I first met Julia [at the Cannes Lions Festival in June], she shared a picture of working from her bathtub during the early days of the war," recalls Curiosity partner Ashley Walters. In the months that followed, Curiosity and PR Army devised the campaign, timing its launch to the holiday season.

"People all over the world get war fatigue thinking of Christmas preparations, shopping for gifts and looking for holiday recipes and playlists," Petryk says. "The reality we face in Ukraine is different. A lot of people lost families and homes, but still didn't lose hope. We'll be happy to help them get essentials for their living and share some warmth with them. Isn't it a magic time of the year?"

On the Bathtub site, a long-scroll approach seems to introduce an actual agency where folks work in tubs, revealing the true pitch later on. Of course, there's no such shop as "Bathtub Creative." But given the subjects' working accommodations, the premise is grounded in reality.

"The details were definitely intense, but they were delivered in a way that felt matter-of-fact," says Curiosity copywriter Jared Flood. "It was like, 'Sorry we couldn't make the meeting earlier, there were air raid sirens.' And our jaws would drop. But it communicated a lot of resiliencies in the face of absurdity. So, a combination of resilience and absurdity felt like a good place to start."

The best way to create change for Ukraine was to "craft a journey with a gut-wrenching 'ah-ha' moment," adds Flood. "To us, that meant subverting expectations. Agency folks have become numb to quirky gimmicks and publicity stunts. We wanted to make sure we racked up donations instead of eye rolls. This required us to be incredibly mindful in our approach. The most powerful part of the campaign is that 'Bathtub Creative' is a real thing for thousands of creatives across Ukraine."

He adds: "It was critical that users hear real stories about what it's like to work in a full-time war zone before we ask them to open their wallets. Those raw accounts of human perseverance are what's driving the action."

Petryk describes such experiences on the site, and she details a typical workday for Muse below:

The phone buzzes an air raid alert or I hear sounds of sirens outside that warn about the danger. In our apartment, we have two safe places without windows: a hallway and a bathroom. We have a parking garage which serves as a bomb shelter, but we use it rarely, as we live in a multi-story building—25 floors—and it takes a long time to go downstairs. Moreover, it's not recommended to use elevators during air raids.

It often happens that my daughter and I have Zoom calls simultaneously. She stays in a hallway. I go in the bathroom. She listens lectures online from Kyiv University. I do PR for MacPaw or volunteer in PR Army. The air-raid alarms may last for hours. We have a well-equipped 'office," with cushions, blankets, wires, sockets, water, snacks and a cat that comes to cuddle.

However, now the challenge is even bolder. Because of Russian attacks on critical infrastructure, Ukraine experiences power outage and we need to burn candles in bathrooms or find cafes, co-working spaces or offices that are equipped with generators and Internet access with bomb shelters available.

The campaign challenges Americans and Europeans to work from their bathtubs on Dec. 20 as a show of solidarity. Each post tagged #WorkFromTubDay will generate a donation.

"When I first met Julia, I asked her what I could do to help. She simply said, 'Don't forget us.' That felt like an easy thing to do. The least we could do," Walters says. " 'Bathtub Creative' is our way of reigniting the conversation at a time when we are focused on giving and reflection. Our goal is to raise awareness and some real support. But honestly, what we want more than anything is for our friends in Ukraine to be able to shut their shower curtains for good"—and work where they wish without fearing for their lives. 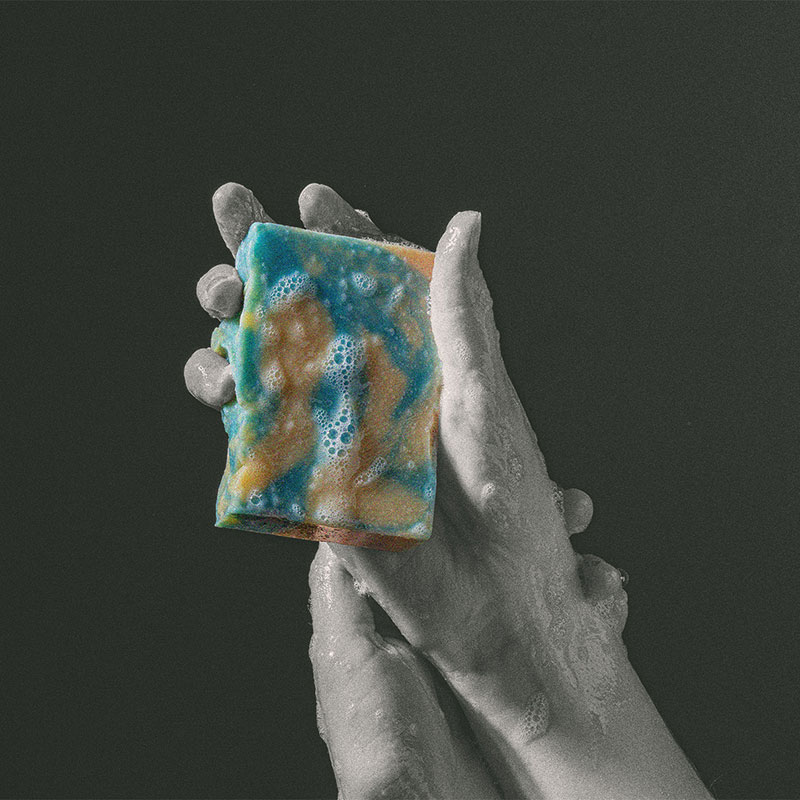