Anomaly 'Fired' All Its Australians to Help Battle the Country's Wildfires

It's matching their salaries as a donation

Advertising is full of Australians, many of whom have made quite a mark in the industry. Now, with their homeland burning, Anomaly has launched an initiative called "Fighting Fire With Fired," in which it's pretending to "fire" its Australian employees—and donating the money (which is really just a match of their salaries) to relief efforts Down Under.

"Think about it. No matter where you are in the world, you've almost certainly worked with an Australian," Anomaly says on the website. "They're in almost every agency. At every level. In every department. And we've all benefited from them leaving their homes thousands of miles behind them. Because the simple truth is we need Australians. Which means we need Australia." 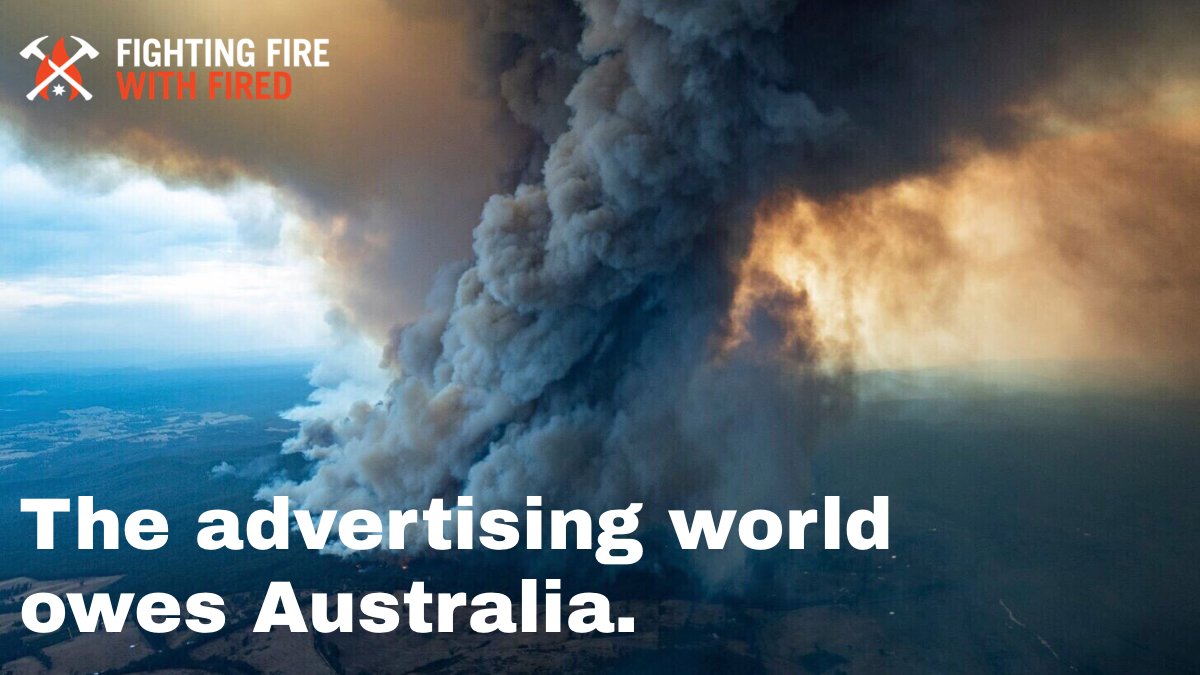 The agency goes on: "If you've got Australians employed, consider them no longer on staff. Then, match the money from their paychecks in a donation toward their homeland. So the money your Australians receive, Australia will also receive. It could be a week, a month, or an entire year's salary. Up to you. We know there's plenty of Australians working overseas. The more that we 'fire' around the world, the better we can help them fight the fires back home."

"We've got a ton of Aussies across our seven offices," Anomaly founding partner and global creative officer Mike Byrne tells Muse. "We 'fired' them all—pooled together a combined week's worth of salary of all of them—and gave them, and anyone else interested, the opportunity to use their time and talents to identify the most impactful way to use the funds. They've got $100,000 to work with as they ideate."

See some of Anomaly's social posts below promoting the initiative. And please join in if you can.

The advertising world owes Australia. Like countless agencies across the industry (and spanning the globe), Anomaly has benefited from the creativity and talent of many, many Aussies over our 15 year journey. They’ve been an invaluable part of our DNA. Living thousands of miles from home can be challenging at the best of times, but the past few months have been particularly gut-wrenching as we’ve collectively watched in horror at the relentless destruction that’s devastated the beautiful nation of Australia. We need Australians. And we love Australia. So we’re doing something practical, as a gesture of love and respect for the land where so many of our favorite people call home. We’re matching a week’s worth of salary of all of our Australians across our seven locations. We’ll be donating the combined figure to a range of organizations, projects, and initiatives dedicated to relief efforts and committed to pursuing preventative measures moving forward. We’re effectively ‘firing’ all of our Aussies for a week so that they can pause and take a moment to actively contribute their time and talent to help back home. Check out the story for more, and how you can rally your leaders to get involved. . Photo: WWF

Aussies are indispensable to Anomaly and our industry. We need them. We love them.

So, we 'fired' them for a week and matched the salary of every Aussie across our 7 locations, along with their time and talent, to support relief efforts back home.
More: https://t.co/ArYZP7vfvA pic.twitter.com/quUPAabHFk