Ancestry.com Will Connect (Some of) You Straight to Suffragist History

It is said that everyone on Earth is a mere six degrees of separation from Kevin Bacon. But how far removed are you from a real suffragist or abolitionist?

Perhaps not as far as you think. Ancestry.com has launched "Make Them Count," a campaign that connects people directly to history.

Aug. 26 of this year will mark the centennial of the 19th Amendment's ratification. This gave (white) women citizens of the United States the right to vote, and paved the way for suffragist Alice Paul to propose the Equal Rights Amendment in 1923, making discrimination on the basis of gender unconstitutional. (Spoiler: This last was never ratified and remains a point of contention to this day. Awkward.)

"Make Them Count," which drops at the start of Women's History Month (and the end of Elizabeth Warren's bid for president; definitely avoid reading this tweet right now), hosts all kinds of historical information about suffragists and abolitionists, and how their battles dovetailed to change history. The tales were collected by actual descendants of voters' rights advocates, creating a collection of both known and unknown stories.

People are also invited to share the names of their grandparents, and where in America they were potentially living in the late 1800s to mid-1900s, to connect them to these figures.

My parents are immigrants, so the wow factor of this is lost on me. In any event, the site's true purpose is to trigger the start of an information-gathering journey, a small step that hopefully motivates people to climb the whole family tree, as it were.

"Important historic milestones remind us of where we've been but also where we're going," said Jennifer Utley, director of research at Ancestry. "Learning our ancestors' stories gives them power. If you think about it, it's very possible your great-great grandmother couldn't vote. You can, and it's because of the women who fought for your rights. Celebrating their grit, tenacity and humanity makes them count."

To be fair, regardless of whether or not my grandmother could vote (she couldn't; she was helping MacArthur fight the Japanese, then later had to wait decades for her promised American citizenship! LOL!), all Americans—citizens, anyway—profit from decades of effort from suffragists and abolitionists. (The moral: If you can, vote! People worked really hard so you could do that.) There's something beautiful about recounting their little-known exploits to younger ears, and we hope Ancestry does more with that as the year progresses.

Below are some fun historical connections that Ancestry's already made for a bunch of people we don't actually know, followed by a suffragist fact sheet.

Shoshana Schiff's ancestor is Jeannette Rankin, the first woman to serve in the House of Representatives in Montana, and the first woman in US history to hold federal office, elected in 1916. 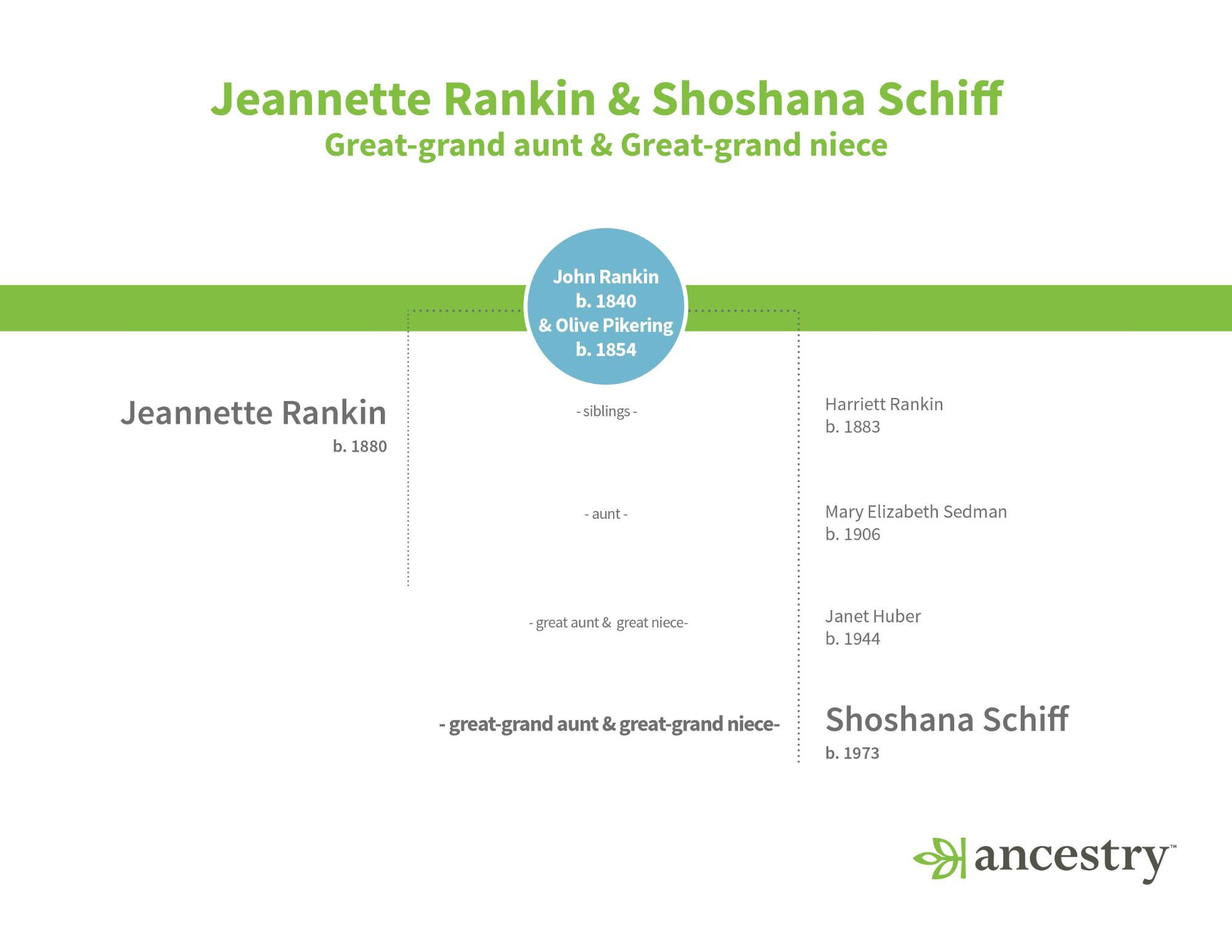 Dan Duster is the great-grandson of activist and journalist Ida B Wells, who was possibly also a founder of the NAACP. Duster himself is a professional speaker and anti-harassment trainer. 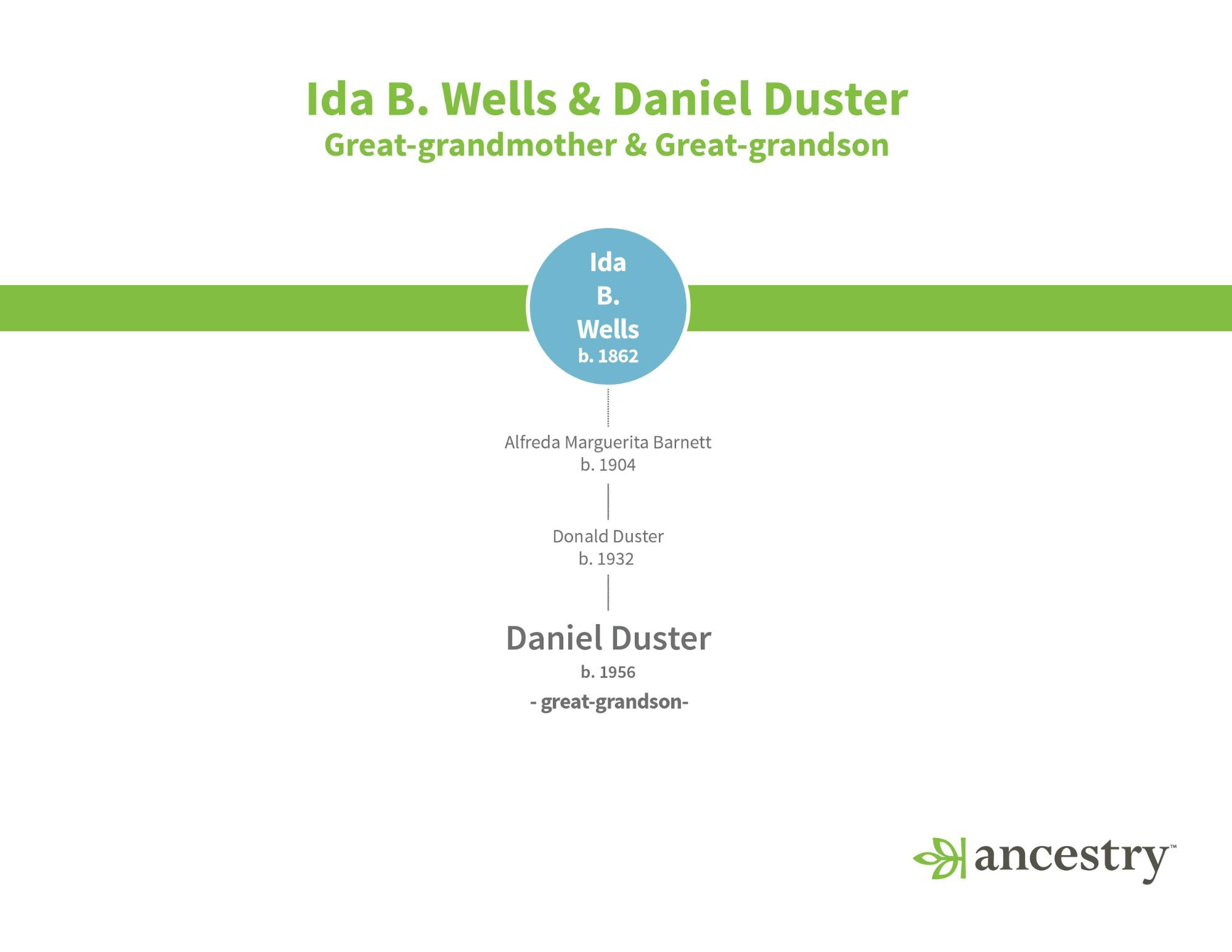 Tyler Boyd is the great-grandson of Febb Ensminger Burn, "the Mother of the Suffrage Movement." In a letter to her son Harry Burn, who was serving in the Tennessee State Legislature, she persuaded him to vote in favor of the 19th Amendment's ratification. His was the deciding vote. 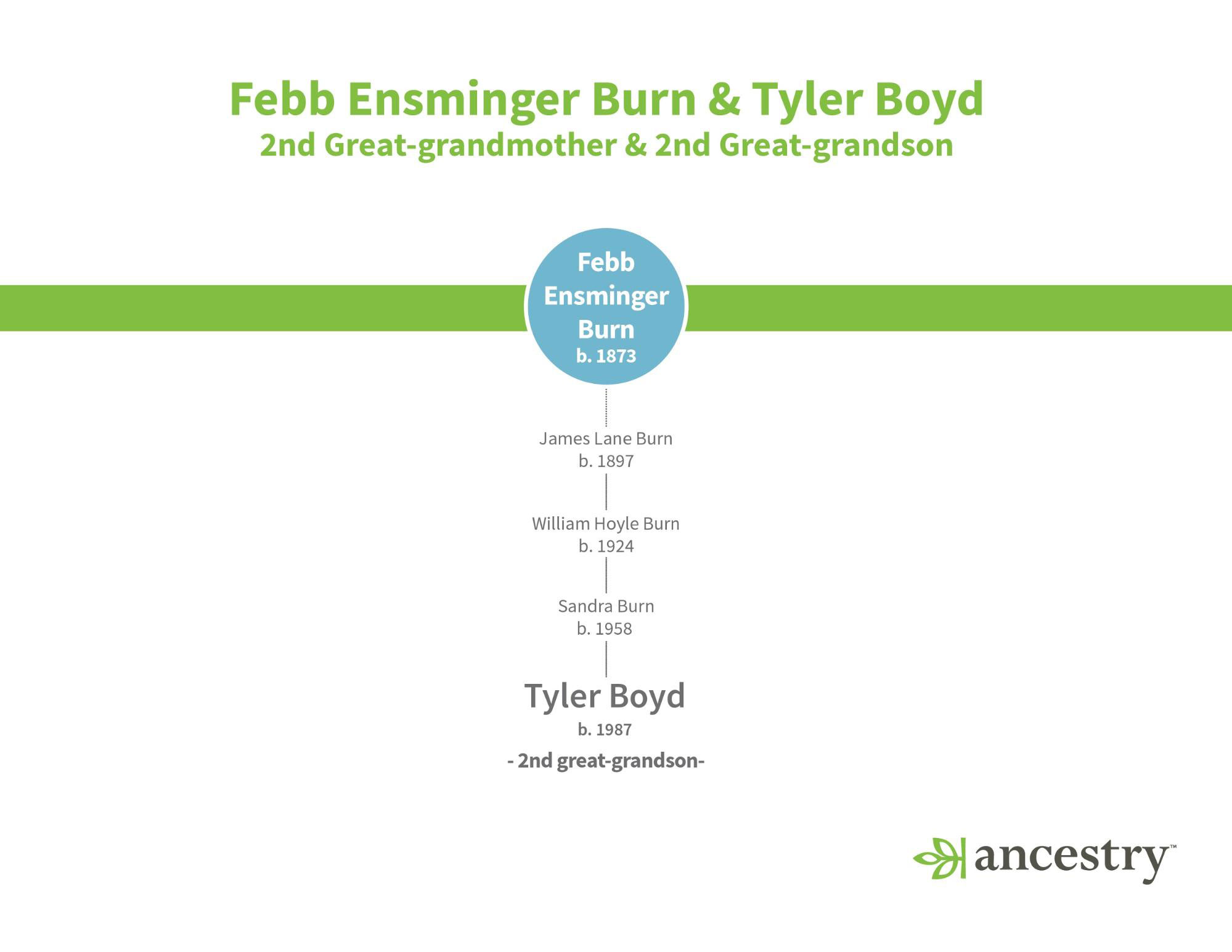 "2020 is an important time for us to reflect back on the fight for voting access, remembering that the 19th Amendment was one part of a long, multi-generational movement fueled by diverse, incredible women," says Dr. Lisa Tetrault, associate professor at Carnegie Mellon University and women's rights expert.

"Ancestry plays a unique role in helping people find their personal connection to that past and highlights the untold stories of countless individuals who shaped our nation's suffrage story."

And now, as promised, a few quick historical facts from Ancestry.

PROGRESS IN CONGRESS: In 1971, women made up just 3% of the members of the U.S. Congress. Today, that number is almost 24%. (Center for American Women and Politics, "Women in Elective Office 2019")

CONGRESSIONAL FIRSTS: The first woman to serve in the U.S. Senate was Rebecca Latimer Felton, who was appointed in 1922 and served only a single day in office. She had been appointed in a special election and her successor allowed her to be sworn in when the Senate was back in session, before he was sworn in the following day. (United States Senate, "Rebecca Latimer Felton: A Featured Biography")

CURRENTLY SERVING: A record 131 women currently serve in the 116th Congress. There are 105 women serving in the House, including Delegates and the Resident Commissioner, along with 26 women in the Senate. (Federation of American Scientists, "Women in Congress: Statistics and Brief Overview")

LOCAL LEADERS: In 2019, 27 of the country's 100 largest cities have women mayors. Chicago is currently the largest city led by a woman, Mayor Lori Lightfoot. Other major cities with female mayors include San Francisco, CA; Washington, D.C.; and Seattle, WA. (Center for American Women and Politics, "Women in Elective Office 2019")

A HISTORIC MARCH: It is reported that around 5,000 women marched in the March 3rd 1913 Women's Suffrage Parade. This was the largest peaceful protest ever assembled on D.C. streets to that point. As the official parade pamphlet read, these women gave "expression to the nation-wide demand for an amendment to the United States Constitution enfranchising women." (Obama White House Archives, "This Day in History: The 1913 Women's Suffrage Parade")

VOTING TODAY: Women now vote in elections in higher numbers than men, and have done so since at least 1964. (Center for American Women and Politics, "Gender Differences in Voter Turnout")

ONGOING DISENFRANCHISEMENT POST 1920 / THE VOTING RIGHTS ACT: Because the Nineteenth Amendment only barred discrimination in voting on the basis of sex, millions of women still couldn't vote after 1920, because of state laws throwing up poll taxes, literacy tests, and other obstacles to voting. Those ongoing, legal obstacles wouldn't be torn down until Congress's passage of the Voting Rights Act in 1965. (HUMANITIES: the Magazine of the National Endowment for the Humanities, "How a Divided Movement Pursued Equality at the Ballot Box")

BI-LINGUAL BALLOTS: Later amendments to the 1965 Voting Rights Act mandated that bi-lingual ballots be available, expanding voting access to many eligible voters, men and women. (HUMANITIES: the Magazine of the National Endowment for the Humanities, "How a Divided Movement Pursued Equality at the Ballot Box")

"SUFFRAGETTE" VS "SUFFRAGIST": The word "Suffragette" originated in the UK as a disparaging term but was quickly adopted by the militant protestors. As the suffrage movement grew in the U.S., American women preferred to be called "Suffragists." (Susan Ware, Why They Marched: Untold Stories of Women Who Fought for the Right to Vote)

DISCRIMINATION CONTINUED: The Chinese Exclusion Act of 1882 began excluding Chinese immigrants (and eventually other Asian groups) as well as those already here from U.S. citizenship, keeping most Asian-born women from the vote until its repeal in 1943. (Library of Congress, "Growth and Inclusion")

EMERGING LEADER: On January 30, 1913 Ida B. Wells-Barnett founded the Alpha Suffrage Club, the first African American suffrage organization in Chicago. She would go onto challenge the racism of the white-led national movement. (Susan Ware, Why They Marched: Untold Stories of Women Who Fought for the Right to Vote)

A DECIDING VOTE: The last state to ratify the 19 th Amendment was Tennessee, helped by Representative Harry T. Burn who cast the deciding vote, prompted by a letter from his mother. (National Constitution Center, "The Vote that led to the 19th Amendment")