Marcus Rashford voices a radish, too 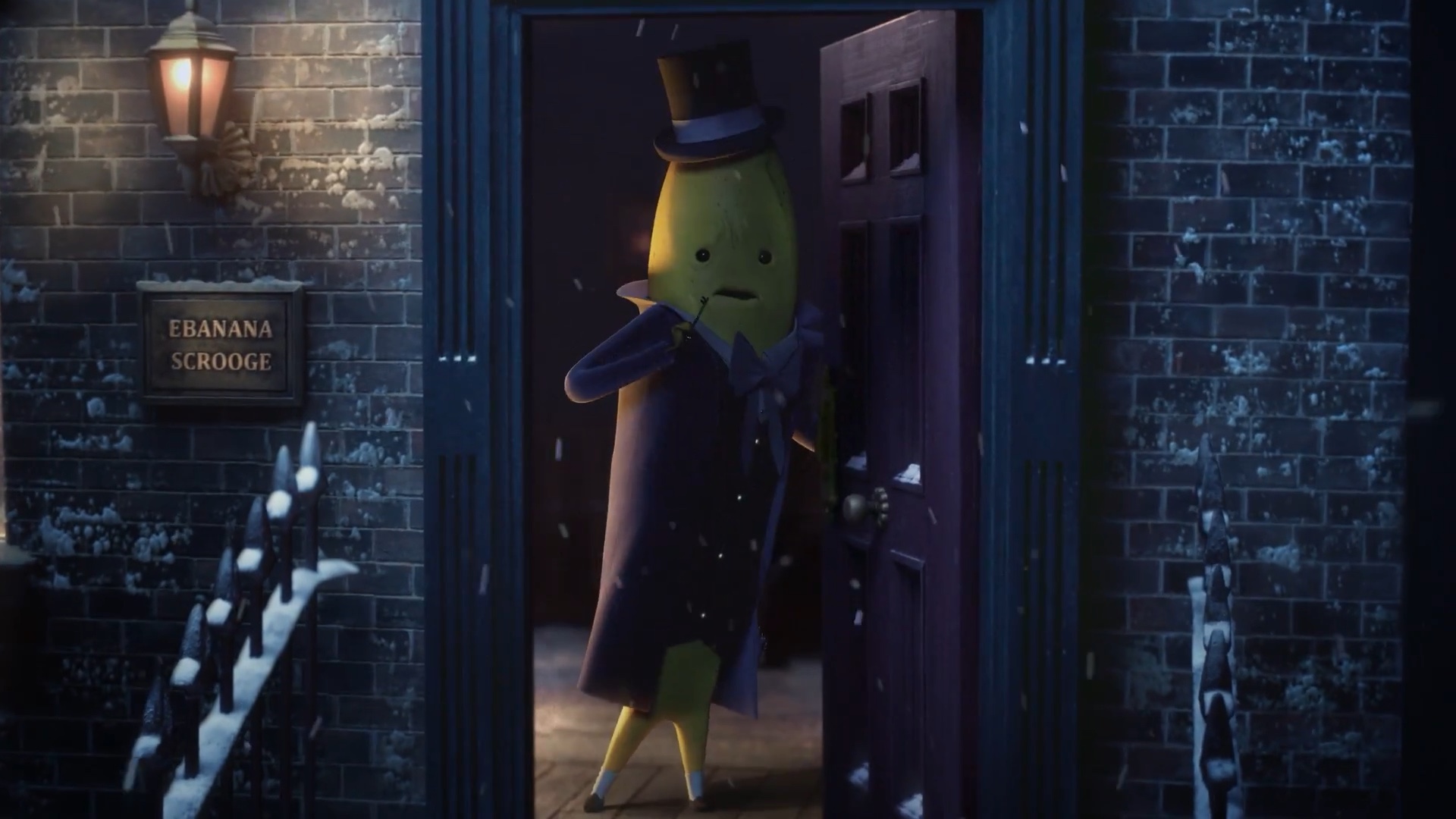 "Ebanana Scrooge" is such a little dickens.

He hates Christmas, and even knocks over snowmen with his cane. But Aldi adjusts this particular plantain's bah-humbug attitude in an animated holiday ad unwrapped today.

Does Kevin the Carrot, beloved star of Aldi's yuletide offerings from the past five years, put in an appearance? Well d'uh and double d'uh!

Ah Kevin—you've just got to root for that vegetable. (Fans might recognize the photo in his house, showing the family in their garb from Aldi's "Christmas Showman" ad two years ago.)

Of course, Aldi had to bring him back, but why cast a banana to riff on Charles Dickens' A Christmas Carol? Surely not for scale?

Dave Price, CCO at McCann Manchester, explains: "We wanted to tease that Kevin might not be back this year. Then we found out that reindeer like bananas as much as carrots. So, we thought, why not start a new tradition and get kids to leave a mince pie for Father Christmas and a banana for Rudolf?"

Indeed, Ebanana's backstory, told in the teaser below, involves getting passed over for ground meat in puff pastry:

So ... he's pissed that he didn't get devoured? You expect more logic from a talking banana!

Bob Golding voices the dude in appealing style. (D'oh!) McCann's own Clive Davis stars as Kevin, and Jim Broadbent provides narration, as he has in past Aldi extravaganzas.

Rashford, who earned England's MBE honor for his efforts to end child hunger, chimes in with a line near the end.

"As a family, we relied on the local food bank to get our Christmas dinner," the striker says in campaign materials. "I remember queuing outside that building with Mum, and Mum feeling embarrassed that she might be recognized. It is with that in mind that I'm delighted to lend my support to the Aldi campaign." (The supermarket chain will provide nearly 1.8 million meals to needly families this festive season.)

"For many children in situations like mine growing up, there is very little expectation around this time of year," Rashford says. "Add the impact of the pandemic and the very least they deserve is a Christmas dinner."

As for the swirling strains of "Fairytale," originally released in 1987, "We're always on the hunt for good music," Price says. "'Fairytale of New York' was voted the nation's favorite Christmas song in 2012, so we've had it on our list for a good few years. Once we had this storyline mapped out, there was almost no other choice. It was the perfect fit: a little bit sad at the start, then more joyful, all building to an emotional ending."

Such fare serves as cultural markers, much as the Peanuts and Rankin Bass specials once did. Their predictable appearance soothes weary souls, perhaps more so than ever as we struggle to emerge from the pandemic.

Says Price: "Covid has change our world. And last Christmas, many of us couldn’t be with the people we loved. So, this year we wanted to land an idea that was full of hope and joy. Even though it was all written in lockdown our team at McCann, were all dreaming of the perfect Christmas."