This Airline Billboard Makes No Sense, Until You Look at It From a Different Angle

Billboards don't often host the most imaginative executions. Still, one in the financial district of Bordeaux, France, may well be worth an Instagram photo.

Agency Buzzman erected an EasyJet billboard over the city's water mirror, a massive shallow pool across which people can walk. At over 32,000 square feet, seated over a giant slab of granite and outfitted with occasional misting effects, the tourist attraction sits between two quays and across from the Place de la Bourse, and is listed as a World Heritage Site by Unesco. It's pretty much compulsively photographable.

The billboard makes use of an angle overlooking the pool and is illegible when read directly. Only when you gaze into its reflection in the water do the words leap to life: "Bordelais, the sky is at your feet. Over 30 destinations leaving Bordeaux." 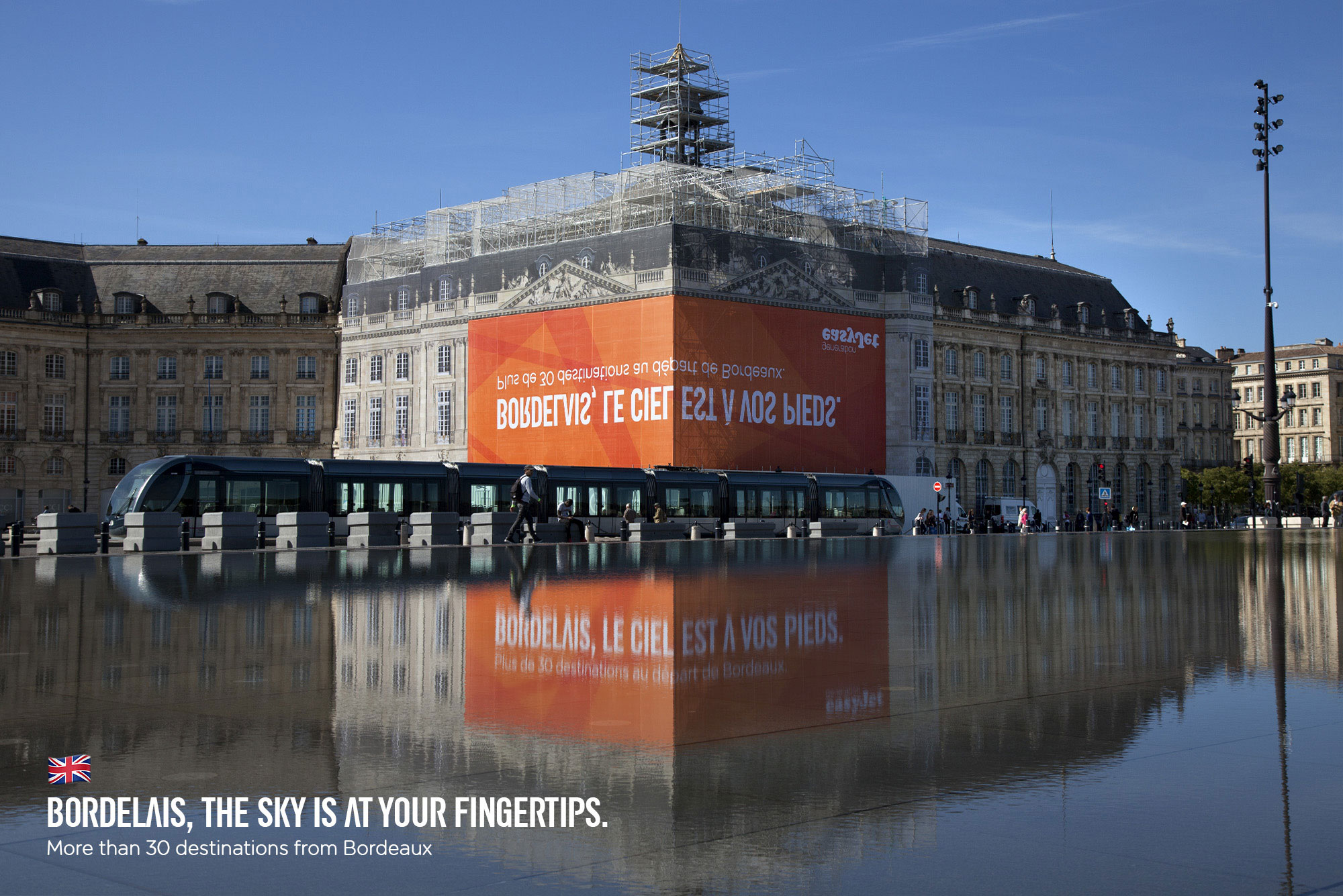 A contest hashtagged #UpsideTown will invite users to photograph the ad in-situ; the person who takes the most beautiful shot will win round-trip tickets for two to a destination they choose. Given the billboard's size, it's relatively hard not to get it in-shot, so you might as well just toss the hashtag in and call it a day.

The billboard will be up throughout the month of October.