This Agency Is Giving Away Acreage on Mars as Holiday Presents

This may be the most otherworldly take on an agency holiday greeting we'll see this year. Pittsburgh-based Where Eagles Dare apparently purchased 100 acres on Mars for the future site of what it's calling Franks Space Farm. And it's giving half-acre parcels away in a series of letterpress holiday cards. 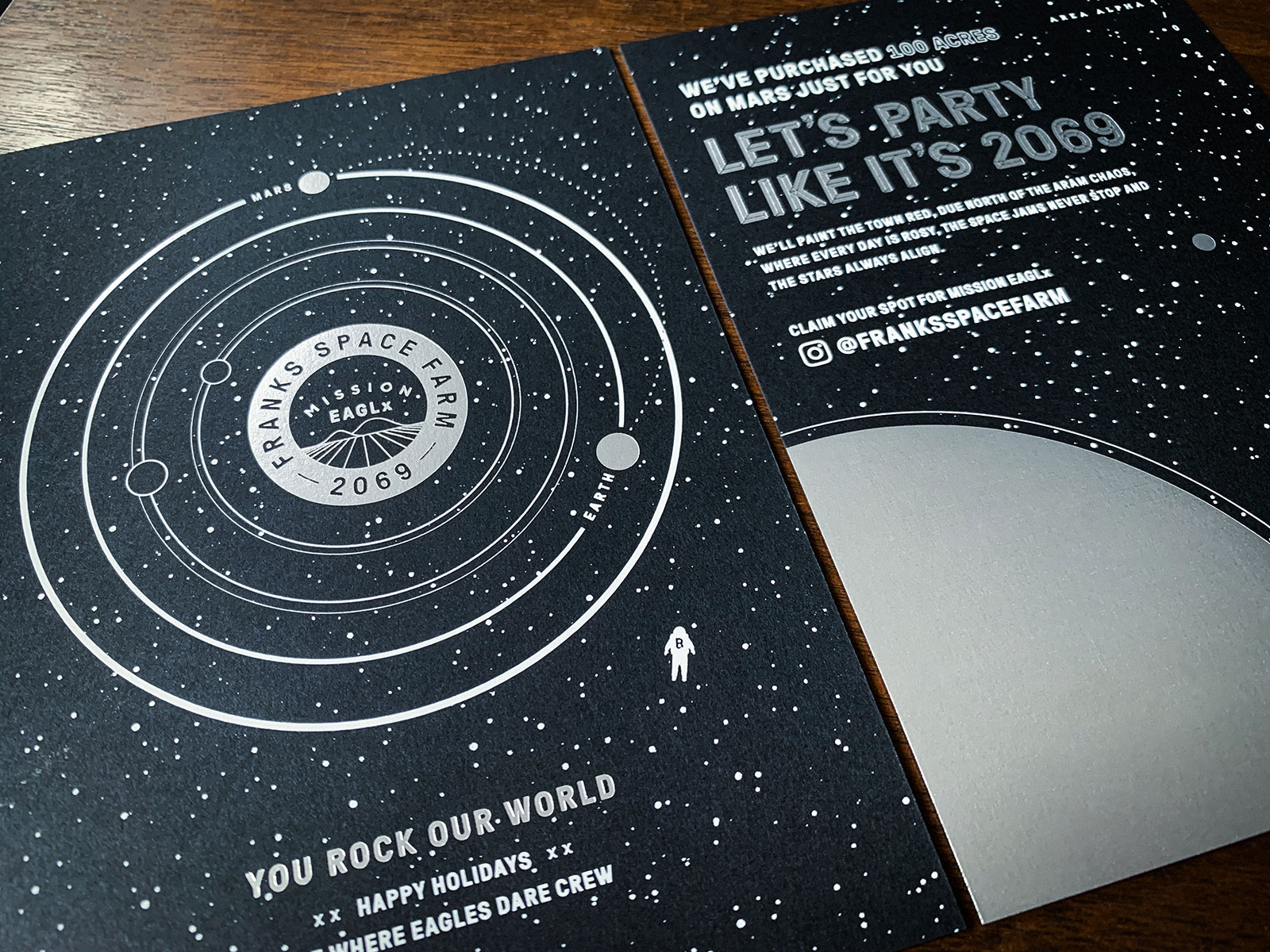 The mission, dubbed EaglX (hey, Elon!), is a tribute to founder Brian Franks, and the card is one part of a multi-platform engagement. This includes some curious use of video, whose lo-fi quality is nostalgic, if not entirely reassuring from a crossing-the-solar-system perspective.

An associated Instagram account invites people to call 1-855-GO2MARZ, whose recorded menu provides options for claiming your spot, selecting upgrades (get a droid with a persona from someone on the agency team! Hopefully they're nothing like Marvin), brush up on farm philosophy and/or connect with a Franks Space Farm rep directly.

Recipients who claim their half-acre get habitat space on Franks Space Farm, circa 2069—specifically in Area 1-A, Quadrant Alpha, 8 degrees south of Olympus Beta and due north of the Aram Chaos. It will be recorded in the Lunar Land Registry.

Amenities include "your own personal party portal to the universe, a custom-designed habitat with space age-era architectural flourishes centrally located in a covetable crater camp with 24-hour access to the Terradome 1X." We are not sure how much time you'll have to frolic in it, though, given that you'll be competing with Elon Musk in a long game of "Who Can Grow the Most Survival Potatoes?"

But we admire Where Eagles Dare's optimism, expressed in what it proudly dubs the first rule of Franks Space Farm: "There are no rules."

Farmers who claim their habitats will get an Instagram Story confirming their participation and spot. Here's a glimpse of what those bad-boys look like: 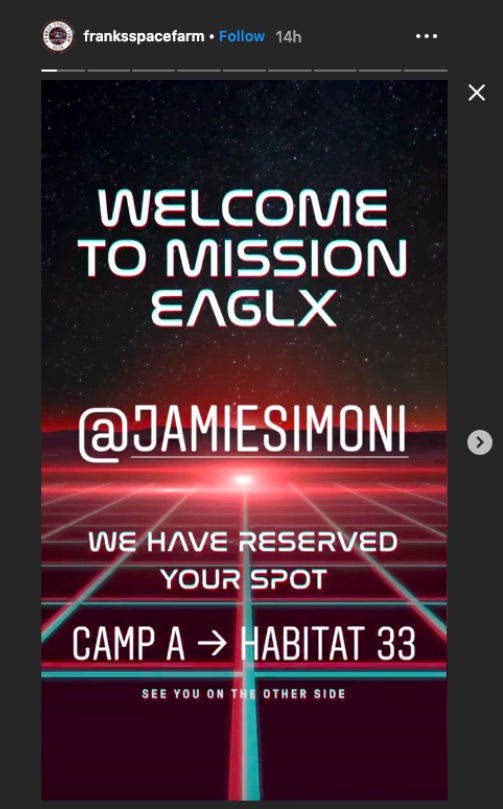 If you're suited up and biding time, or just want to get into the interstellar spirit, hop over to Spotify to listen to the agency's Space Jams.

"Everyone wrote their own droid parts, submitted designs and ideas beyond their everyday expertise. The entire process was very collaborative and hands on," says Brian Franks, founder and executive creative director of Where Eagles Dare. "We experimented with many robot voices and learned a lot about Mars, space travel and ourselves. The team now has an advanced degree in Phone Tree Voicemail Management—which is much harder than it sounds—and we can't stop listening to the Space Jams playlist. It's one for the ages."