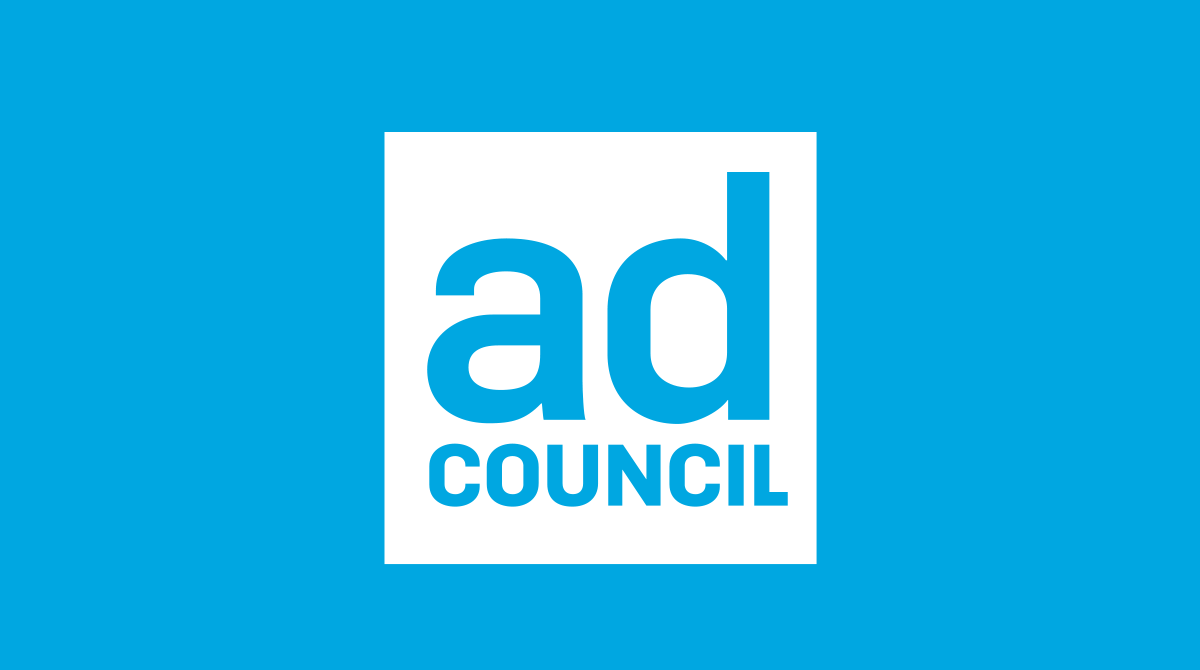 The Ad Council Unveils a Sweeping Rebrand, With a New Logo and Content Studio

Most significant changes in its 75-year history

The Ad Council on Monday unveiled a major rebrand that includes a new logo and visual identity as well as an evolution in how it works with corporate brands to address social issues in the new age of purpose-based advertising.

WPP branding agency Superunion created the new logo, which features the word "ad" in lowercase over an uppercase "COUNCIL." The logo is rendered in white on grey, which "works with a wide variety of content but maintains the gravitas and stature of Ad Council's work," the organization said.

Superunion's goal was "not only to modernize the logo to maintain and amplify the Ad Council's place in American society, but also to build a richer visual language around the logo to truly develop a holistic brand both visually and verbally," the group added. 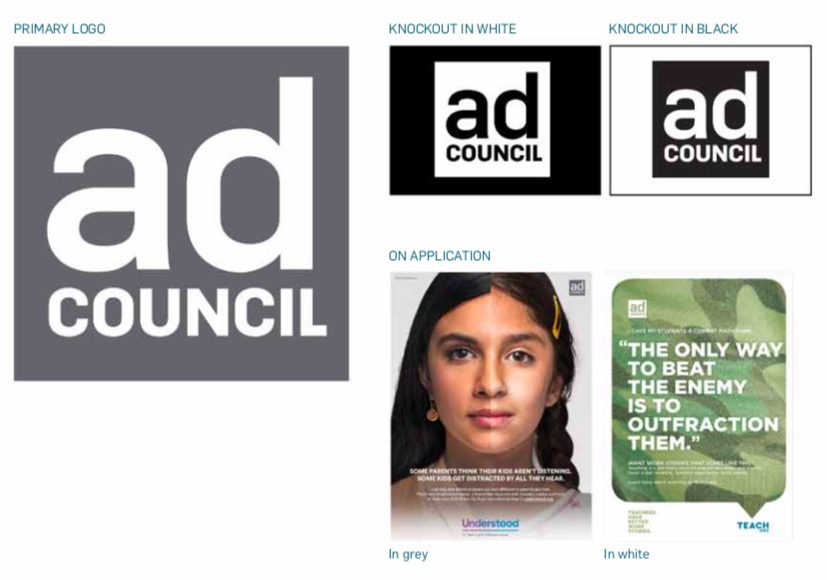 The Ad Council is also evolving the way it works with corporations and brands. It will continue its traditional client model—where nonprofits and federal agencies serve as campaign sponsors—but will also work more on creating corporate coalitions to support individual campaigns.

More recent examples include the "She Can STEM" initiative (funded by GE, Google, IBM, Microsoft and Verizon); the "Because of You" anti-bullying campaign (funded by 3 Musketeers, Adobe, General Mills and Twitter); and the "End Family Fire" campaign (in partnership with the Brady Campaign and the Gun Safety Alliance).

The group is also expanding its content creation model and internal production capabilities. It will still work with ad agencies, but is also investing in developing more content created with digital and linear media channels, platforms and talent. The organization has created the largest network of talent and social creators to support causes through its "Creators for Good" program. Recent talent partnerships include suicide prevention (featuring Liza Koshy, Markiplier, Tyler Oakley and Hannah Hart) and "She Can STEM" (Karina Garcia and the GEM sisters). To produce talent content and other assets, the company is also launching its own internal content studio that will create original graphic and video assets for campaigns and the Ad Council brand. 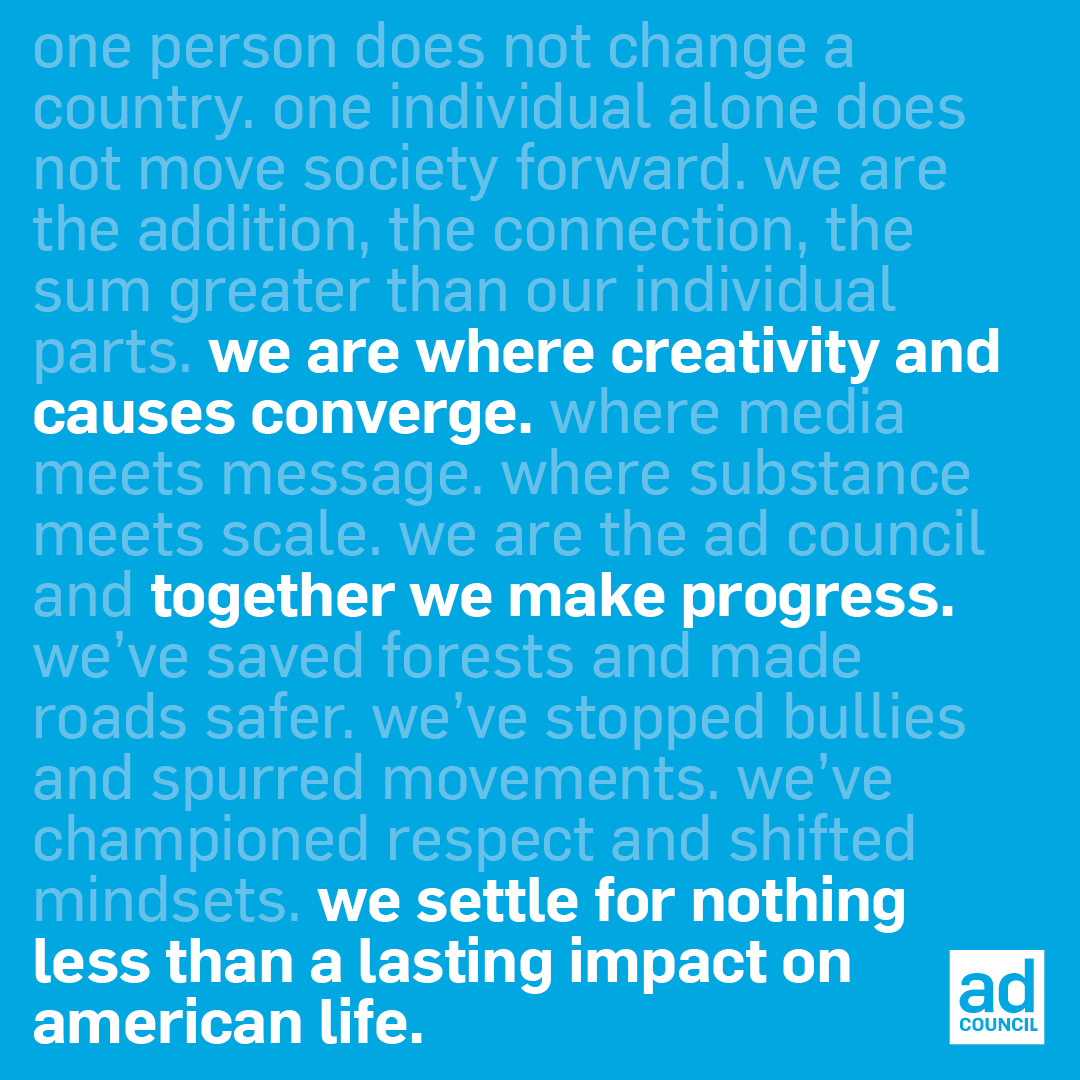 "While so much has changed in the last 75 years, the Ad Council is—and will always be—where creativity and causes converge at scale," said Lisa Sherman, president and CEO of the Ad Council. "We're proud to continue to lead this evolution and develop groundbreaking ways to create lasting change. Our entire industry has embraced purpose-driven marketing like never before, knowing that together we can accomplish much more than we ever could alone. That means millions of lives touched and millions of lives saved."

See the evolution of the logo here: