On getting sober, youth soccer, and going rogue rebranding Kentucky 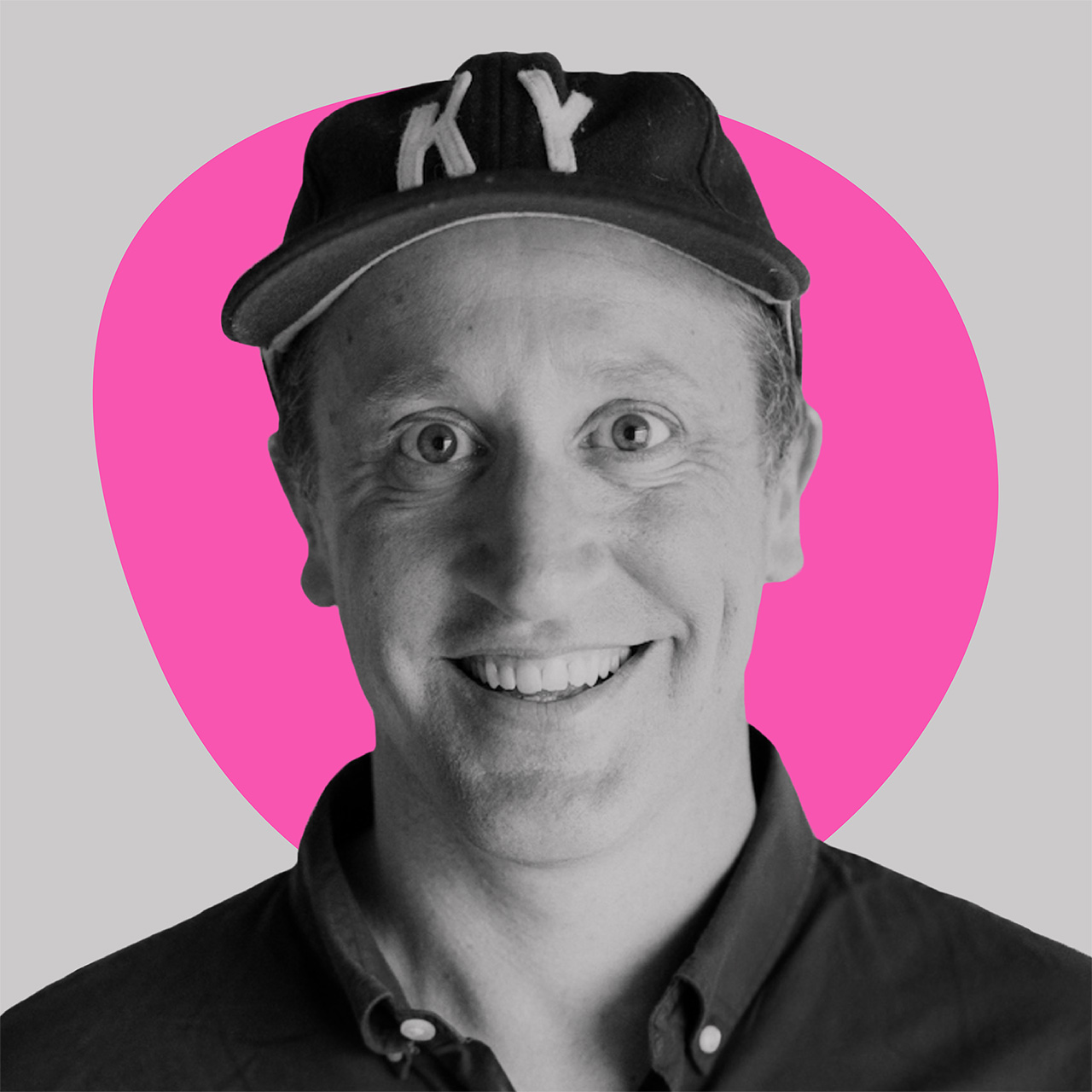 Hiler's objective is to take Cornett to the next level. As a leader, he is a champion of chasing ideas, and he pushes his team to try things that haven't been done before for the agency's clients, which include A&W, VisitLEX, Tempur + Sealy, UK HealthCare and Keeneland.

We spent two minutes with Whit to learn more about his background, his creative inspirations, and recent work he's admired.

I grew up in beautiful Lexington, Kentucky, and live here now with my wife—who also happens to be my boss here at Cornett—and our four rowdy kids.

I guess it would have been back in high school. I wasn't the greatest student, probably one of the worst in my class, but I did really well in creative writing class. I hated school, but I enjoyed the hell out of that class. Unfortunately, I got a late start with a creative career and wasn't able to put that creative writing to a good use until my early 30s.

I don't think there has been one individual I've idolized but many. I got a late start working in advertising, so early on I spent a lot of time in the ad pubs trying to learn as much as possible. I still do. Like a lot of creatives, I was really drawn to the work that gets a bunch of press and gets people talking. You know, the work that's really interesting and, because of that, earns a bunch of media. I was hellbent on figuring out how to make this kind of work. In the process, I found myself idolizing a lot of the work over the years. With that said, I know there are a lot of talented people behind all of this work I've been idolizing, which is why I say not one but many. Basically, if you're making kickass work, you're my idol.

I've got an addictive personality. I like to over-consume everything. Somewhere between 8th and 9th grade, I had my first sip of alcohol. That definitely changed my life. It turned me into the ultimate party animal. Kind of like Kentucky's Cocaine Bear. At first, it was fun—reckless, but fun—and then, all of a sudden, it wasn't fun. It was a scary, depressing never-ending loop of highs and lows that could have easily ended in death or jail. But thankfully, in my mid 20s, I got sober, another moment that changed my life—but this time in a really great way. If you're struggling with substance abuse, I'd highly recommend getting sober. It's tough, it takes time and often takes a few times for it to stick, but once it does stick, life can get really beautiful.

I've really enjoyed what Brooklyn based art collective MSCHF has been doing for the past couple of years with all their entertaining, provocative and buzz-worthy drops. And they seem to just do whatever the fuck they want, and that makes me really jealous, which is kind of similar to admiring.

Over Thanksgiving, my family and I watched King Richard. We actually watched it a couple of times. Everyone loved it.

Currently I'd say it's Tron Diageo or the Duolingo Owl. I really love this.

Everyone and everything I follow on social media is starting to become a big blur. I'm so over it, but can't seem to quit it. It's worse than cigarettes. My screen time is at an all-time high post-pandemic, which is really screwing with my productivity. I need to recommend to myself to unfollow everyone and take a nice, long break from social media.

Anyone that knows me, knows how loud I am. I'm always walking around Cornett hooting and hollering, making weird noises and singing goofy songs. I just love getting loud and I'm really great at it. When we began working from home, I lost my audience. All of a sudden, there was no one around to hear my mouth noises. Thankfully I found a new audience on the fields of youth soccer. And unlike my co-workers, this new audience really appreciates how loud I can be. All jokes aside, in some ways, youth soccer kind of became a beacon of support for me during the pandemic. I got super into it with several of my kids, and I'm still super into it. I've even started following professional soccer. It's actually the first team sport I've ever really followed.

Back in 2011, a couple of buddies and I attempted to crowdfund a Super Bowl commercial for the great commonwealth of Kentucky. We all worked at different ad agencies and this was nothing more than a fun little side project. At the end of our 60-day Kickstarter campaign, we were about $3.4 million short of the $3.5 million needed to make a spot. We had failed. While we didn't raise the money, we did get a shitload of press, and we got a lot of folks talking about how great Kentucky is. From there, we just kept the party going. That side project is now a legit business called Ky for Ky, and we've done a ton of wild things since. We took it upon ourselves to rebrand Kentucky (without Kentucky's permission), we were the first to make fried chicken scented candles, we've sold gold-plated Kentucky fried chicken bone necklaces, we've sold Derby Turds, we've sold T-shirts tie-dyed in KFC gravy, we've popularized the infamous Cocaine Bear that's coming to the big screen in 2022, we made this funny ad, and this one, and to top it all off, we had Bill Murray wearing our "George Clooney is a beautiful man" T-shirt while sitting on a boat with George Clooney in Italy. Why? That one side project has led to a ton of really fun work and a really great business.

I'm really proud of Cornett's Queen's Gambit-inspired hotel room at the 21c Museum Hotel for VisitLEX that we launched this past January. 2020 was a brutal year for tourism, and this campaign gave Lexington and one of its downtown hotels a much-needed boost. A nearly 700 million media-impression boost. It was a really fun project that came to life in record time by a big collaborative dream team of talent. It also helped Cornett win our first AdAge Small Agency of the Year award, which had been a big goal of ours for a long time. 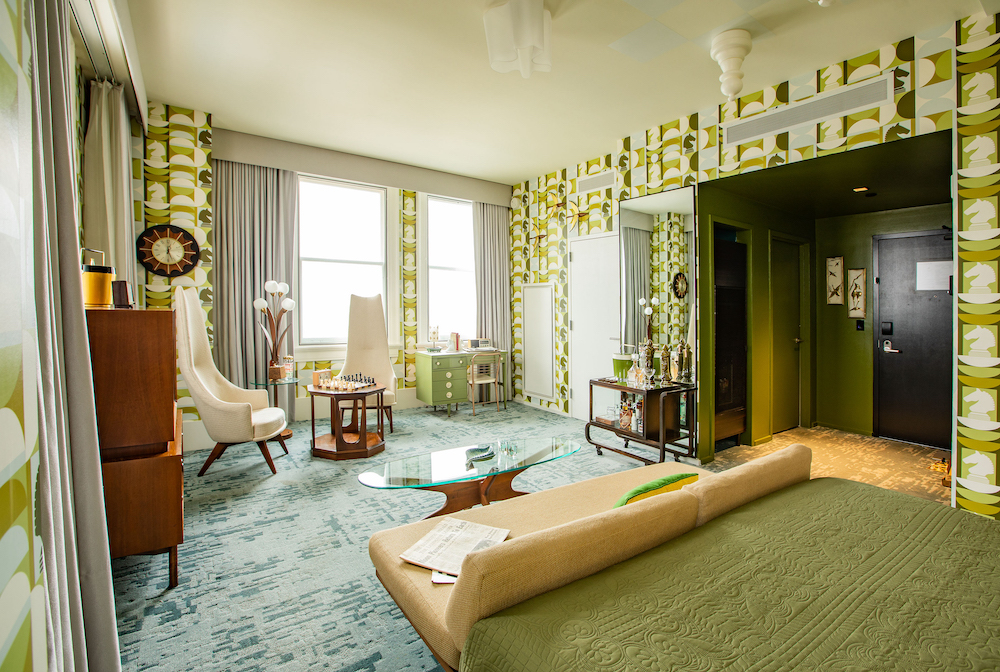 Wieden+Kennedy's work for Old Spice. And then, their work for KFC.