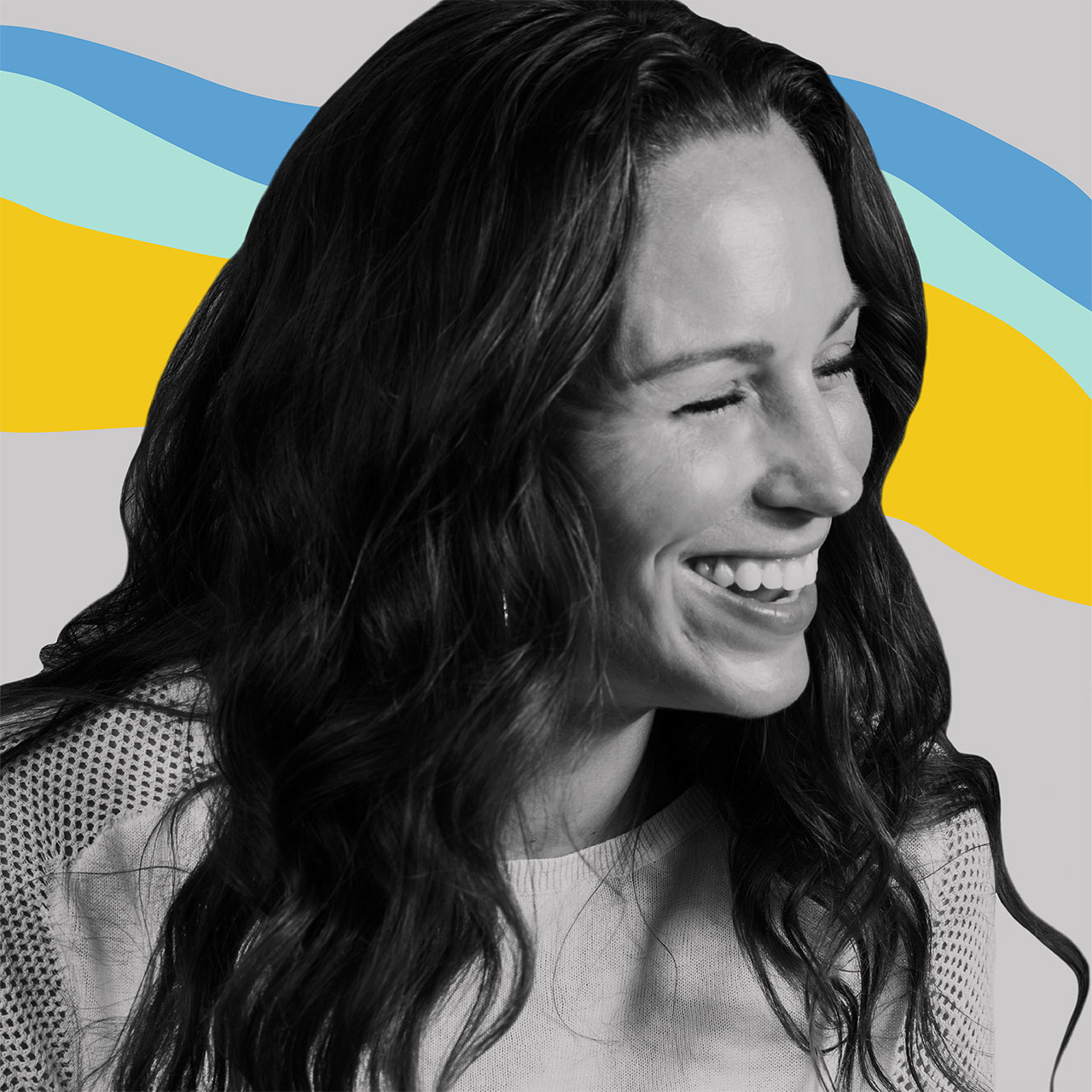 Valerie Carlson was named global chief creative officer at Critical Mass, the digital marketing and experience design agency, in December. She joined from Wunderman Thompson, where she led multiple teams across the U.S. as executive creative director.

As Critical Mass, she leads the global creative team to further the agency’s mission of delivering powerful experiences that improve customers’ lives. The agency has close to 1,000 employees across 11 global offices. Clients include Apple, BMW, Citi, AT&T and Marriott. In 2020, the agency welcomed eight new clients.

We spent two minutes with Valerie to learn more about her background, her creative inspirations, and recent work she's admired.

I grew up in a very small town in Illinois and I felt sheltered/cut off from culture. So much of my early influence came from watching music videos. MTV and Much Music showed me so many artists creating stories and using technology in inspiring ways. I left that small town to go to the Art Institute in Chicago to eventually discover I didn't want to be a fine artist, so I transferred to an engineering school called Bradley University that had one of the first Mac labs in the country.

I fell in love with the computer and the early Internet, and they asked me to teach graphic design at the university once I graduated. I was 23, and I should have been scared to death at the thought of teaching students who were essentially my peers, but I jumped in and stayed there for seven years, teaching hundreds of students. I think the thing that made it work was honesty. I told my classes my age and the experience I had and said that if they had a question I couldn't answer, I would either return the next day with an answer or we would figure it out together. That's the same approach I take every day with my teams and clients.

I live in L.A. now and I'm very close to the beach. I never ever take that for granted.

When I was in fourth grade, I 100 percent wanted to be president of the United States. That changed over time, and when I entered art school, I thought I'd be a fashion illustrator. No one told me that is not a job … I did make shoes and jewelry, though, and that experience of crafting something from nothing is what I crave to this day.

In the tiny town that I grew up in, I had one good girlfriend, Cherie. She and I would write and produce these ridiculous plays that we would make our parents watch. They were elaborate and I handled the costuming, blocking, music, etc. She was the writer. Early AD/copy pair we were…

Prince. I was in awe of him and mesmerized by everything he produced, including every "bad movie." I hand-cut all the lyrics to Controversy out of magazines and painstakingly taped them to my wall. I painted a Purple Rain mural on my door … you get the idea. When I was in college in Chicago, I went to see Sign of the Times at a theater on Randolf Street and it blew my mind. Every person in the theater was singing and talking to the screen. His guitar skills were beyond magical, but I saw him perform right before he passed away in Oakland and it was just him and a piano—very conversational. It's one of my favorite memories.

When I was 13, my mom decided to go to college. She started before I was born, but my dad showed up outside her window one day and asked her to marry him and she left. Before she went back to school she was a mom and a housewife who literally didn't drive into "bigger cities" nearby. Her life was very contained. When she went to college, I watched her grow and learn and become this incredible person who could literally drive anywhere and do anything. She got through undergrad with ease and got her master's right after. She evolved and got so strong. Watching her do this showed me that I could accomplish whatever I wanted in life, and that change and growth go hand in hand.

My first concert was REO Speedwagon. I was 13 and my mom piled a bunch of us into our 1981 Ford Bronco in a snowstorm, dropped us off, waited outside until the show was over, and then took us all home. I love her to this day for that. My favorite musician today is Patti Smith. She doesn't play my favorite music, but she is so wise and powerful. Everything she writes resonates with me. Just Kids is one of my absolute favorite books ever, and her Nobel Prize performance for Bob Dylan makes me cry every time I see it. She is an absolute legend who has paved the way for so many women across the world and across so many age groups.

Charles and Ray Eames. The ultimate maker duo. They influenced so many brands, people and communities. I will never tire of Powers of Ten.

Aeon Flux from the old days of Liquid TV.

Tie between Sally Rooney's Normal People and Mark Pollard's Strategy Is Your Words.

Lost in Translation. I love everything about it—Sophia, Tokyo, Bill and Scarlett … magic. I also love how much people want to know what he whispers to her.

I love what Cindy Sherman has been doing with her Instagram—she's blurring the lines between fine art and fame, beauty, etc., in the most exciting ways.

It's been both horrible and magical. For a person who is always walking the halls, brainstorming in rooms and inspiring clients in person, I feel so disconnected, and at times it feels like the core of my job has been ripped away. On the other hand, I feel so completely blessed to have a partner and family that I love so deeply and we're all healthy and safe, unlike so many people in the world who are struggling to survive and stay safe. And I just started as the global CCO of Critical Mass, which has been absolutely incredible. I have met some of the most talented and kind people so quickly. In the past, I would have been flying around the world to each office and it would have taken me months. I met so many people from each office just in the first two weeks, it's just mind-boggling, really.

In light of what we're going through now with Covid, the TV spot we shot with Tiffany Haddish when I was at Method comes to mind. It was her first commercial and she was just about to break big and host SNL, so we had very little time with her. The Method tagline was "Fight Dirty" and the idea was that it is disgusting when people don't wash their hands. Ironic now with Covid … anyhow, she was incredible—so hardworking and so funny on the fly. She free-formed most of the spot and was an absolute joy to work with. She gave us so much great content in such a short period of time.

Like so many other creative leads, 2020 was brutal from a work perspective. We all have so much amazing work waiting to be launched or picked back up. I feel like one of my greatest creative accomplishments last year was not having to lay anyone off and keeping everyone on my team healthy.

The Wilderness Downtown still sticks with me to this day. It was so beautiful and personal. I also loved what Miranda July was doing with her app Somebody.

There are so many individuals who inspire me, and I just realized that most of them are women. Erykah Badu is probably No. 1. She has built out her own digital ecosystem and she streams her shows live now. She's created immersive rooms that she performs from, uses audience polls to connect, and she's connected e-commerce in a way that's totally delightful. She's beautiful, raw and such a chameleon.

Thinking about my grandmother, who was a huge influence on me and passed away a few years ago. She was an electrical engineer and really pioneered/paved the way for me and other women my age. Her one regret was not skydiving because she wanted to know what birds see when they fly.

That she didn't get to meet my partner Karl, who is the love of my life. She would have had so much fun talking politics and culture with him. I can literally hear her giggle in my head as I'm typing this.

Well, a friend of mine gave me a session with a futurist not too long ago (I know, very L.A. …) and he said that I haven't even used a small percentage of my creative power. He believes that I am going to write "many books," some of which will be successful and some of which will not, so maybe, that?