His creative journey from Jesse's Deli to 'Don't Box Out Bookstores' 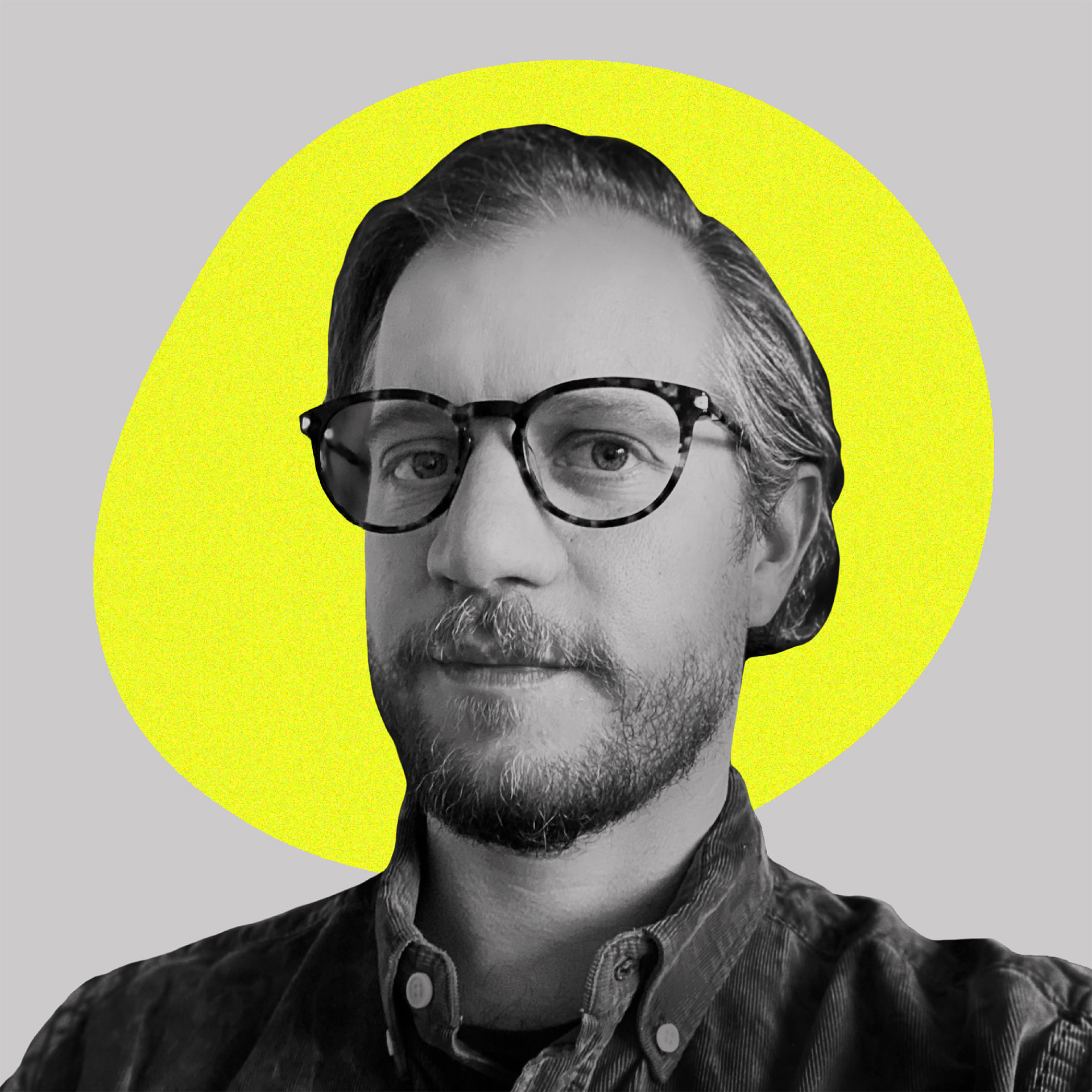 DCX's work includes the famous "Palessi" stunt for Payless in 2018—a fake story that showed how people will pay more for brand-name goods.

The agency has a unique mission of putting 20 percent of its profits toward "cultural activism" campaigns on behalf of social causes. These have included a Presidential Creamery ice cream truck, which aimed to draw attention to then President Trump's loosening of organic regulations; a Bulletproof Students campaign on behalf of gun control; and the Artisanal Price Hike Sale and AirBnBodega campaigns for local deli Jesse's.

We spent two minutes with Tommy to learn more about his background, his creative inspirations, and recent work he's admired.

I grew up in Elizabeth, New Jersey. It's a working-class city with a mixture of ethnicities and cultures. Cuban, Mexican, Honduran, Irish, Italian, African American, Ukrainian, Polish, Greek, Colombian, Hasidic Jewish. I grew up with friends whose parents came from all over the world. I commuted to NYC, Ogilvy and Cliff Freeman for several years, then moved to NYC with a friend in advertising who needed a roommate. I moved to Brooklyn when I met my wife, and now there are four of us.

I wanted to be an artist, a performer, be up on a stage and get people excited.

There were a few instances, but one in particular. I was in first-grade art class and the teacher asked us to draw a magazine cover. I set off to draw a tabloid-style cover like the ones I was used to seeing in the supermarket at the checkout line. I drew Elvis with a little pig stuffed into his mouth with only butt and tail exposed. I added a large newspaper headline "Elvis Eats Live Pig." The teacher scolded me and demanded that I draw something "nice." So I drew an airplane because my dad liked planes. That was my first creative experience and my first "client" experience.

Anthony Kiedis from the Red Hot Chili Peppers. He's a mix of sexy, shocking, weird, performative, sad and powerful creativity. He channels an energy I've always wanted to have. There's a pure meditative flow. He can be shocking but can also tap into a very soft emotional side that can make you cry.

The year I was going into high school, I picked up skateboarding in a serious way. I wanted to get good, but I was a shy kid. I always saw these bigger kids skating at this dilapidated gas station. I kind of shyly stalked them for a while from across the street, trying to copy their moves. I finally had the courage to skate up to the "grind station" … They hazed me and made fun of me for a while. But those kids ended up teaching me to skate, taught me about life, expanded my creativity and brought me out of the "white middle-class bubble" that I was in. I'm still really good friends with a lot of them. They liked that a little "white kid" had the courage to skate up to all of these bigger intimidating kids.

Your favorite band or musician.

Beetlejuice (played by Michael Keaton), not the musical.

How to Be an Artist, by Jerry Saltz.

Stand By Me (1986), The Rocky Horror Picture Show, Beetlejuice.

How Covid-19 has changed your life, personally or professionally.

It accelerated my life, my work and accelerated the bonds between me and my family. I can spend more time with family but work more, too. I've never produced so much creative. Great, thoughtful, provocative experiential, TV, digital, OOH, installations. Lockdown also integrated work and personal life a lot more. It got my family involved. My wife and I are both creative so we help each other out. My daughter is my muse who feeds me blips of creativity. The hours between 4 a.m. and 7 a.m., I'm able to write or be creative alone. Then hang out with the family. Then back-to-back Zoom calls, often forgetting lunch. But it's all very exciting.

I'd say the Jesse's Priced Out campaign. Doug Cameron, my partner at DCX, and I lived near this local deli, Jesse's. The landlord was raising his rent by two and a half times. Jesse couldn't afford it, and they decided they had to leave. After chatting with him for a bit, we had an idea that we pitched to him—raise his prices two and a half times as a "rent hike protest." He loved it. We photographed all of his products, renamed them with weird artisanal names and put gigantic loud posters in his windows. At the time it got more press than any other project I'd ever worked on—300 million impressions. I love it when creativity shocks, makes you laugh, hits a cultural nerve and is very effective. It also allowed Jesse to squat there for another year without a price increase and created momentum to pass an act that helps keep rent negotiable for landlords and commercial tenants.

The "Don't Box Out Bookstores" campaign that DCX did with the American Booksellers Association. ABA is made up of over 2,500 independent bookstores. Bookstores have it tough with Covid and less foot traffic, and figuring out their online fulfillment. But it's also because they are trying to compete with Amazon, whose prices are severely marked down. So we focused the campaign on the Amazon cardboard box that you see every day on your neighbor's front porch, in the lobby, or in the mail room. We wanted to remind people, every time they saw a cardboard Amazon box, that their local bookshop was suffering. We worked with bookstores all across the country and plastered cardboard boxes in their windows, precariously stacked boxes in front of their stores, and made cardboard bookshelves and filled them with cardboard books. The messaging on the boxes and storefronts reminded people of the importance of community bookstores but also took jabs at Amazon. 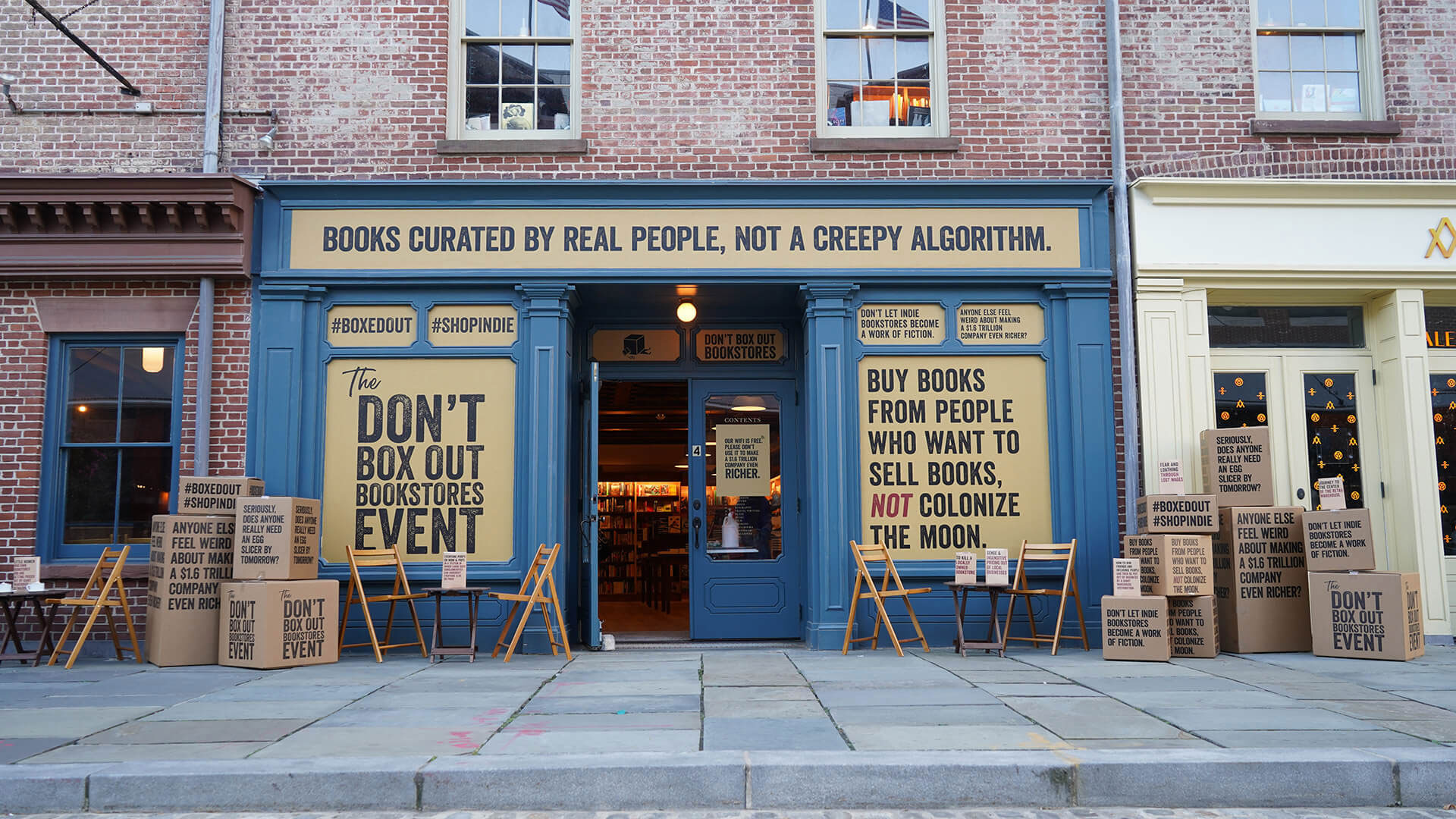 The Jukka Brothers on MTV.

The Lincoln Project. They take the bold, confrontational style of Republicans and used it to create a provocative campaign against the Trumpublican party.

Taking a very complex product and strategy and boiling it down to one iconic visual.

The aha moment. Doug and I and the team concept on the strategy and creative for hours, but when there is the "That's the fucking winning idea" moment, it's always the best. As cheesy as it sounds, we'd always give each other a real high-five when this happened, but now we high-five on Google Hangouts. It's the feeling of going from desperate to the king of the universe.

When a campaign I feel is worthy of getting shared and getting press doesn't get any at all.

On a commercial marlin fishing boat. Work like hell. Be tired. Go home. Be with family. Repeat.