His prolific creative journey from Montreal to Stockholm to NYC 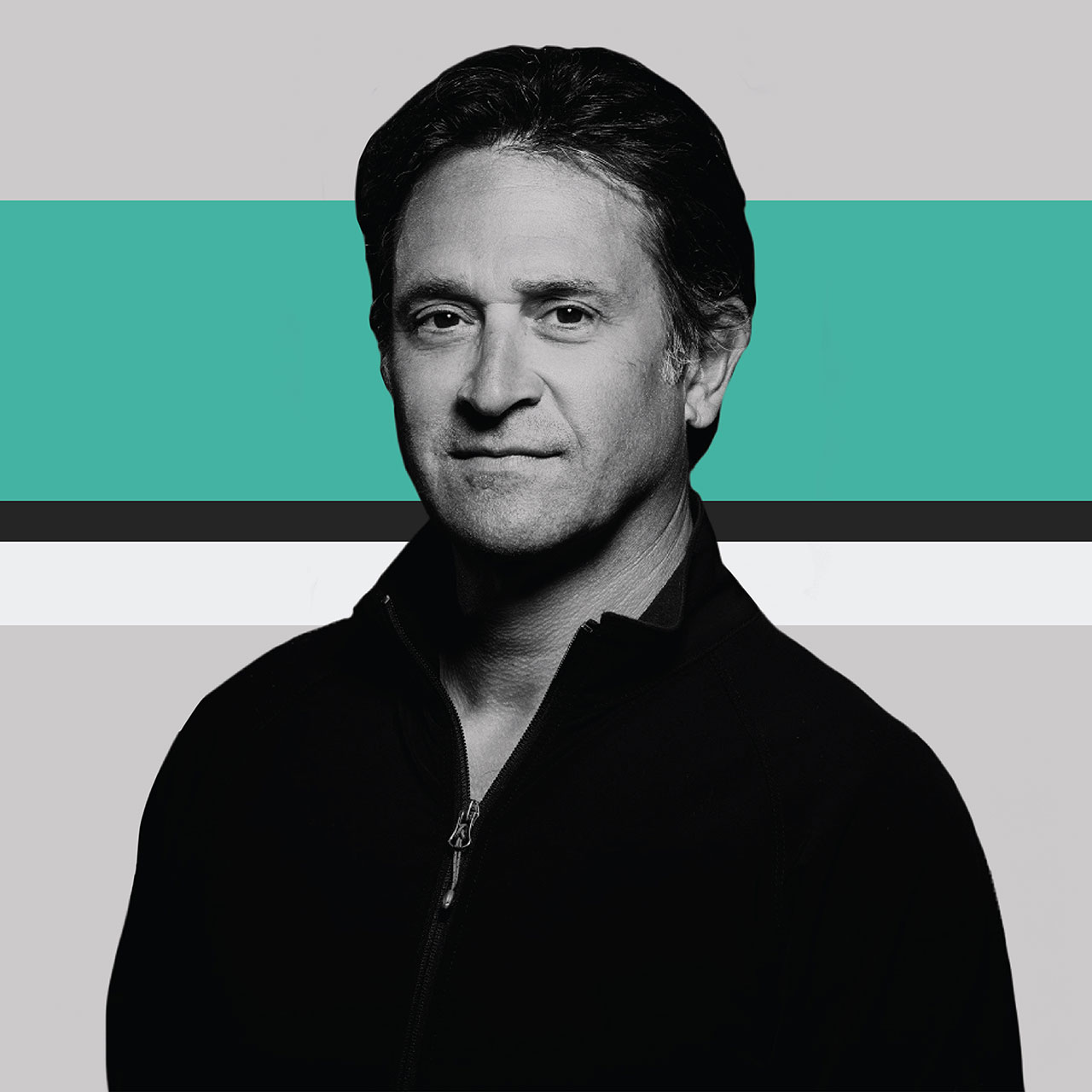 Scott Goodson, based in New York, is the founder and CEO of StrawberryFrog and the co-author, along with Chip Walker, of the new book Activate Brand Purpose.

For the last 25 years, he has worked with some of the world's most iconic companies, including Google, Emirates Airlines, Heineken, Coca-Cola, Jim Beam, Mercedes, Mahindra and Walmart. He invented the concept of Movement Thinking, an approach that uses the principles of societal movements to solve marketing and leadership challenges.

I was born and grew up in Montreal, Canada, went to Bishop's College School, a boarding school on the border with Vermont, then Western University outside Toronto, then moved and was co-owner of an ad agency in Stockholm, Sweden. Today I live in Bronxville, New York, America's first bucolic suburb, just a stone's throw from Manhattan.

A lawyer, focused on helping the disenfranchised, especially fishing communities on Canada's east coast who were decimated in the 1970s.

My parents had ineffably modern, glamorous jobs in the '60s. My mother was in advertising, writing famous ads for Morgans. Mom was a renowned artist and a poet. My father was a wonderful photographer. He was the owner of a marketing, advertising, printing and publishing group. There was always a wonderful group of creative artists, thinkers, writers in our home. This seemed miles more exciting to me than, say, my best friend's parents, who were in other professions, because it related directly to the source of all glamour, New York. Back then, my parents were always going there to be re-freshed and re-educated. I was dragged to so many museums and shows and events in both Montreal and New York that I always felt creative. Always on the dividing line between art and commerce. I was painting early and my parents nurtured my creativity and I always felt I was supported as a creative person.

As a young person, I loved Marc Chagall and Mordecai Richler, the award-winning Montreal writer. I lived near John Dunning, one of the original producers of Ivan Reitman's movies, and spent a lot of time in his home with his son Greg. John was always so much fun and his mind was so different from the rest of the neighborhood that he made a terrific impression on me. When I started working in advertising in the 1980s, I absolutely idolized Tim Delaney, whom I found to be a terrific thinker and writer. He and a group of brilliant thinkers, designers and writers in London in the '80s started to find a young British voice which was incredibly inspiring—everyone from Alan Fletcher, founder of Pentagram, to Winston Fletcher, David Abbott, Charles and Maurice Saatchi, John Hegarty. I also loved the work of John Doyle, the NYC art director. Later in life, when I started StrawberryFrog, I came to idolize our founding chairman and the kindest and most thoughtful person in advertising, Uli Wiesendanger, the Swiss-born "W" co-founder TBWA.

At university in the 1980s, a student named Sondra entrusted me with the task of getting her elected president. Each candidate received 10K, and she was the only candidate who was a woman, from Barbados, a person of color, and whose family lived within the most humble means. It was the symbolic high point taking on the Canadian establishment. The newspaper did not even mention her running. But it was also the beginning of the end of an era, marked by the fact that we won in a landslide with over 60 percent of the vote. This was the No. 1 experience that changed me, and placed me on the path I am on now.

Styx at Place Des Nations, at the old EXPO 67 grounds in Montreal. My latest crush is Shabaka Hutchings, a sax player out of London, and his music is an example of how modern jazz has opened up to other influences such as hip-hop. The artist is also very socially engaged.

Erik Jones is a contemporary artist who I absolutely love. I can't possibly stop there. I also have such an extraordinary attachment to the painstaking artistry of Adam Miller, the American artist who paints in a painterly style of the Renaissance, using ancient themes but with a modern twist. I also love the work of the American artist Robert Pokorny, Danish artist Maria Torp, French artist Francois Bonnel, and the Swedish artist Henrik Delehag. All excellent examples of the contemporary art scene, which deserves more attention from our society than it's receiving.

Breath by James Nestor, followed in close second by Klara and the Sun by Kazuo Ishiguro.

A movie, TV show or podcast you recently found inspiring.

The Swedish TV show The Restaurant is fun to watch with my Swedish wife Karin, and I listen to the podcasts "Pivot" and "After Hours" and "Planet Purpose."

I am in awe at how well our team worked through the past year, despite the uncertainty and the darkness. When the Covid surge hit Manhattan, we all were working in StrawberryFrog's HQ in the Empire State Building high above New York. In early March 2020, we went remote after establishing important ground rules for working, and it went really well. Teammates worked hard to empathize with other Frogs who had more challenging situations or parents with small children. It was an example of compassion and empathy inside an out worldly experience. I've personally learned to embrace the deeply restorative nature of remote work, and how much it can achieve and how much more productive I am. By removing the commuting part of the day I am focusing on fewer, better, bigger things ... and it has served me and our firm well. I spend a part of my day learning and growing, which I haven't done in years.

I was asked to be the creative director on Stockholm's Olympic bid, and came up with a campaign that had to capture all the different aspects of how the city would deal with the Games:

In the middle of the war in Yugoslavia, I was working in Sweden and was asked by a group of cultural leaders—Bibbi Anderson, Liv Ullman, Vanessa Redgrave and Susan Sontag—to help them take their passion to save the inhabitants of the besieged city of Sarajevo, which was under constant fire by the Serbs. I developed a new brand and launched it as a movement to bring culture back to Sarajevo. It was one of the most important things I've done in my life. Every child in the film was an orphan whose parents were killed. They taught me so much about life. This is part of this effort:

I also worked on the relaunch of Onitsuka Tiger. One day this older Japanese gentleman walked into StrawberryFrog and asked to speak to me. We sat down and he began to tell me a story about how his granddaughter had no Asics running shoes in her closet and how he was worried that his company would lose this new generation, and thus wanted to revive and relaunch Onitsuka Tiger globally. We did so many different breakthrough campaigns for this sneakerhead brand around the world. Perhaps my favorite was content we did to maximize our placing the yellow OT shoes on Uma Thurman, a collaboration we did with Quentin Tarantino, called The Running Fishgutter:

I also loved the Jim Beam campaign featuring Willem Dafoe. He was such a nice person that he brought back my faith in celebrities.

The work we did for Truist, featuring Amanda Gorman. It was one of those campaigns that honestly and genuinely captures a moment in time, a profound moment in culture. It also humbled me.

Back in the 1990s during the banking crisis in Europe, Handelsbanken in Sweden did a campaign directed by the wonderful Roy Anderson for Ronneberg Agency. I thought the work was terrific in how it crystallized how the 99 percent who didn't qualify for golden parachutes felt.

I also loved Michael Haussman's Levi's TV commercial called "The Procession," and Tony Kaye's spot for Dunlop changed my mind about what a marketing campaign could be.

Levi's | The Procession
Dunlop | Tested for the Unexpected

To celebrate the comeback of the '90s men's hairstyle, McDonald's hijacked it by paying tribute to all of its ambassadors. As a part of the celebration, the brand launched the world's first certified McDonald's barber shop, and made it possible for anyone to get the iconic hairdo.

Lateral thinking and the belief that anything is possible.

Being on the water, preferably in a boat.

People who are rude, racist, or bullies.