On Honda 'The Other Side,' new work for Tinder, and the creative bite of Nan's shark toilet 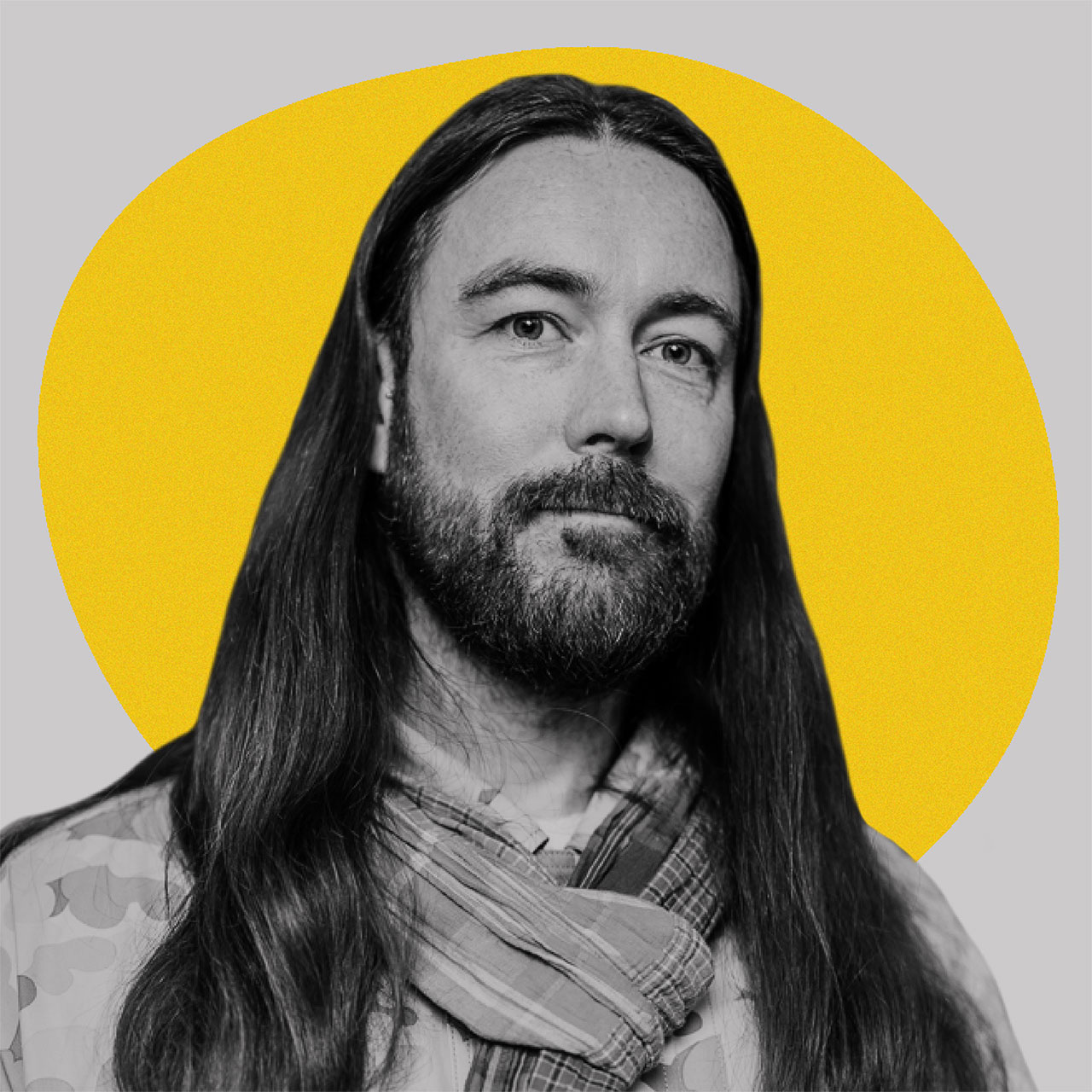 Scott Dungate is a 20+ year veteran of the creative industry with a career that has spanned across Australia, China, the U.K. and most recently Japan.

He is currently executive creative director at Wieden+Kennedy Tokyo but is set to move to the U.S. to become chief creative officer at W+K New York. He has also worked at W+K's Shanghai and London offices,

With a relentless attention to quality of craft, execution and storytelling in all channels and mediums, Scott prides himself on creating culturally impactful and innovative campaigns that push the conventional boundaries of how you engage an audience. Although his work has won awards in all major shows, his real measure of success is hearing people talk about the work, unprompted, around water coolers, dinner tables, and in the threads of the Internet.

I grew up in Roleystone, in the hills of Perth, Western Australia. It's famous for eucalypts and bushfires. It's nothing like Tokyo, where I live now, or New York, where I'm going, but it taught me the essentials of life, like how to catch "yabbies" in creeks, and it is a very special place, dear to me.

I was about 4 years old, in the backyard playing with acrylic paint and butcher's paper, and I decided to cover myself and my brother in red paint. A neighbor looked over the fence and thought there had been a gory domestic atrocity and called the cops. That's my first memory of doing something "creative."

A person you idolize creatively early on.

My nan got into china-painting in her retirement. For a class assignment, while others in her class painted vases and plates, Nan painted a toilet. A toilet with great white sharks going around it, and on the inside bowl a shark's jaws that were revealed when you lifted the lid. To this day, I've never beaten that creatively. 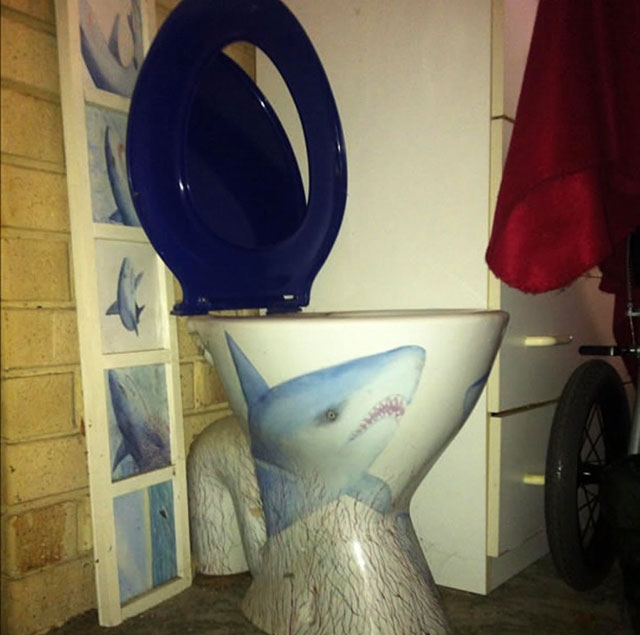 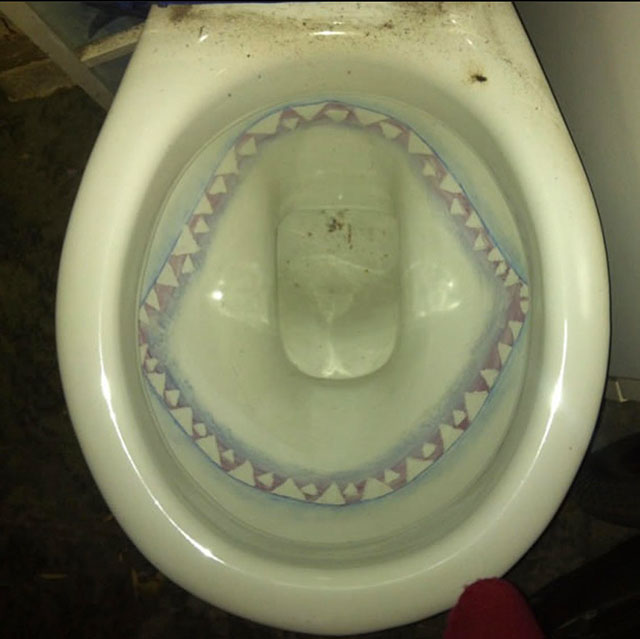 I had an incredibly motivating lecturer who explained to me there are thousands of design graduates out there "flipping burgers," rather than doing what was on their degree. Perhaps I should apply myself more and spend less time at the tavern, sinking $5 jugs. That was sound advice, and that fear he instilled in me has stayed ever since.

Khruangbin, as occasionally they let me direct a music video for them.

In Tokyo, after my first mandatory annual health check, I got terrible results. Since then, the Huberman Lab and David Sinclair's Lifespan podcasts have made me to do things like: work out at 5 a.m., adjust my hormone levels with first-morning sunlight, take cold showers to build fat-burning fat (still don't understand that), and eat only between the hours of 1 p.m. and 7 p.m. I'm not militant about it, but overall it's taken my health-check D grades to strong B's.

I love baddies! For example, one of my all-time favorite villians is V.M. Varga (David Thewlis) in the TV series Fargo. Despite his cheap suits, bulimia nervosa and rotting teeth, V.M. bullies those around him with his superior intellect. It's horrible and uncomfortable but great to watch.

If you like following subcultural anomalies and cultural quirks, head to @saburaku.online for your Japanese fill.

In Tokyo, we discovered via Zoom that almost everyone has the same cream, fire retardant wallpaper in their apartments.

Honda "The Other Side" is always dear to my heart, as it blended storytelling, dual narratives and technology, but it was also so simple that even my mum—admittedly IT challenged—enjoyed it. (Mum beta-tested it for us, too.) 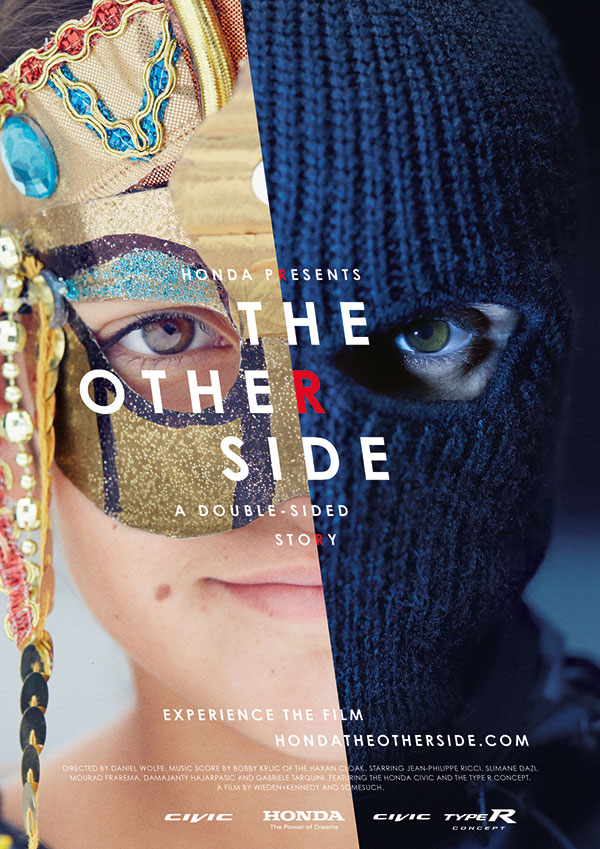 In Japan, school kids study hard-core, investing up to eight hours of extra study in after-school study lessons called "Juku." This desk time can put a strain on the body as well as mental health. To help, we launched "Nike Juku," which was an exercise study plan and rally cry to move your body, consisting of an anthemic track and music video by Japanese girl punk band Attarashi Gakko!!!, uniforms to help students flex, school swag, and custom workouts to suit any study regimen or time slot. We are proud of this as an ongoing platform, as by moving your body you can really help free your mind, which ultimately will be better for those grades.

Shout out to SBS in Australia, piping in foreign films, surreal animations, manga and sexual explicit European cinema. And RAGE for doing the alternative music videos when I was growing up in Australia, in a time before YouTube. I honestly don't know who I would be without you.

That artist (Michael Heizer) who spent 50 years building "City," a "mega sculpture" in the Nevada desert. That's vision and commitment.

Most of the things I'm involved in require loads of people of various talents. So, those around me and with me who jump on board and dig deep.

Answering questions like the last one tbh. It's very … reflective.

Cartoonist. Director. Yabby hunter. Or … the cross-section of these three things.

2 Minutes With is our interview series where we chat with creatives about their backgrounds, creative inspirations, work they admire and more. For more about 2 Minutes With, or to be considered for the series, please get in touch.