On his 'Driver Radio: Jamaica' documentary series and spots for Facebook Groups 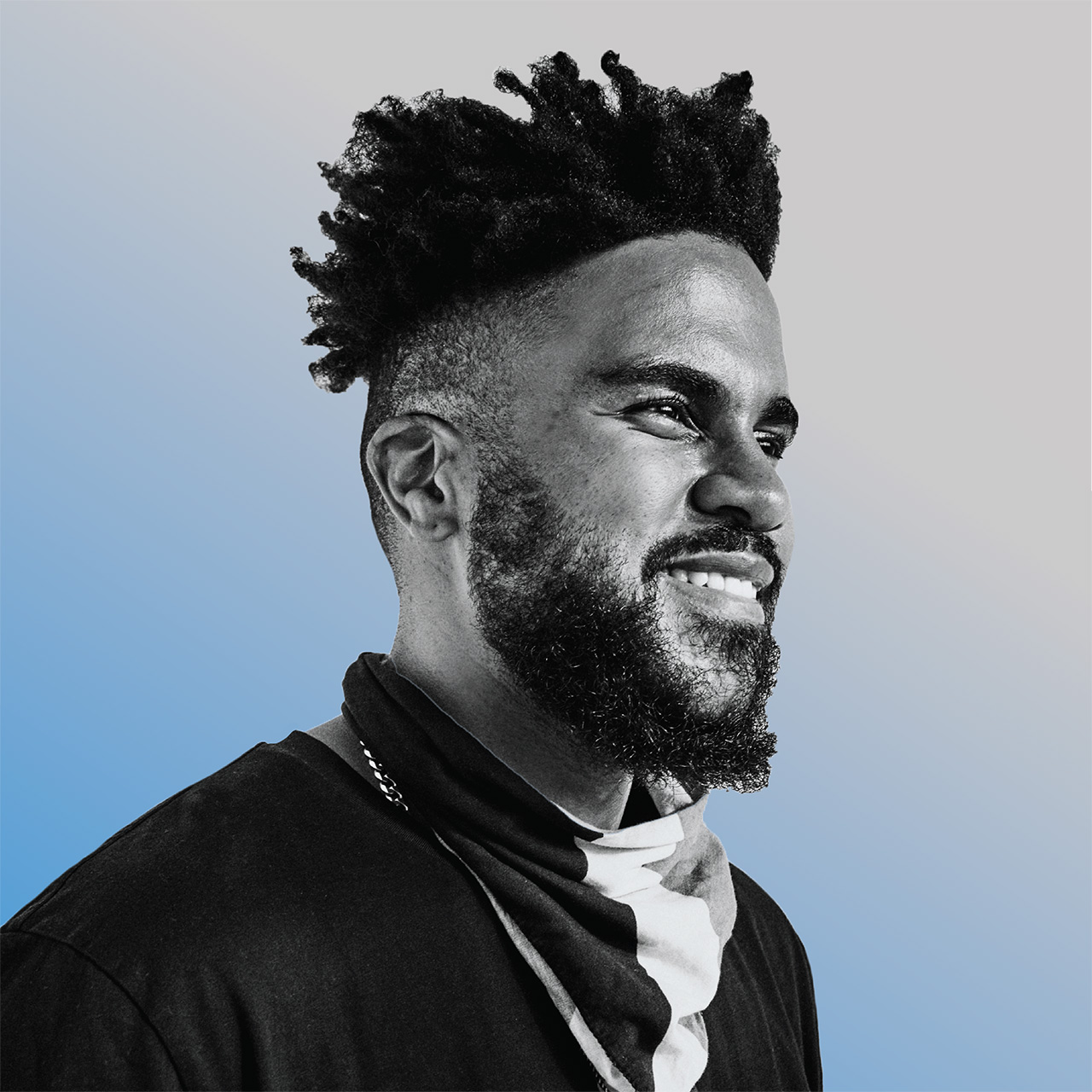 Honored in the Black Directors Showcase on Shots, Ron Brodie—director at 1stAveMachine—has helmed narratives for some of the world's leading brands such as MTV, Facebook, Google and more, with an emphasis on diverse storytelling. His latest includes the "Financial Literacy—Bank Account" campaign for Chime that features rapper 21 Savage and Driver Radio: Jamaica, a travel docuseries filmed across Jamaica that examines modern culture through a first-generation lens.

We spent two minutes with Ron to learn more about his background, his creative inspirations, and recent work he's admired.

I grew up in the DMV (between Washington, D.C., and Maryland). For the past 13 years, I've been living in Brooklyn, New York.

When I was little, I was interested in becoming an electrical engineer. I wanted to be a pro skateboarder in middle school, and as a teenager I wanted to be a rock star—basically everything.

In the '80s, my dad was super curious about cameras, so he developed a modest collection. Everyone in the family used to participate in making home movies, and we'd all take turns performing several roles in front of and behind the scenes. That inspired me to make short films of my own. I really didn't recognize the creative possibilities until I figured out how to edit with a VCR.

My band Paridox (spelled with an "I" that we transformed into a "?") performed at a birthday party at the Burtonsville Lion's Club. It was a big show—all of Paint Branch High School was there! We played five songs, there was impromptu scratching from the hired DJ, I bled on my guitar and we became local heroes.

The first concert I went to was a festival called the HFStival, sponsored by a local radio station. At the time, I remember I was most interested in bands like 311, Korn and the Deftones (LOL). A lot has changed since then. My favorite musicians now are Kanye West, Popcaan and Miles Davis.

Jean-Michel Basquiat. I love his style and I love his story. I feel like his work gives me energy and inspiration. There are critiques, but I find something new and unique every time I look at his pieces. I also found the way he lived life interesting to observe.

One of my favorite fictional characters is Batman. While I'm not a fan of every movie, I admire how Batman has been reinvented time and time again. I loved the 1992 animated series, Tim Burton's Batman and Batman Returns as well as Christopher Nolan's The Dark Knight Trilogy.

My favorite movie has to be City of God. I remember seeing it in 2009 and thinking about the storytelling and how the film was crafted so well. I was drawn in by the cinematography, editing and sound design. I also loved the fact that the film was a coming-of-age thriller, which is a genre that hooks me every time! I also love the film Children of Men, directed by Alfonso Cuarón.

Covid-19 has transformed my family, my job and my neighborhood. Last year I spent most of my time back home with my parents and other loved ones. I've seen many jobs start and disappear. I spent a long time traveling between cities studying how others have managed to cease or cope with some of the economic fallout or advantages. In all, sharing such a common experience with the entire world is mind-blowing. Through my unique experience and lens, I am both humbled and driven to make the most of any situation here on out.

My favorite project is a documentary series that I created and executive produced called Driver Radio: Jamaica. Not only did I make it with my brother Don Brodie, but we made it about our family and our culture as a whole. The series follows our adventures across the island as we set out to rediscover our heritage with help from local taxi drivers! I'm a fan of The Motorcycle Diaries and Anthony Bourdain, so I thought I'd take a stab at pitching this travel series to PBS. They commissioned four episodes that debuted late last year!

I'm very proud of my most recent spots completed with 1stAveMachine for Facebook as part of their "More Together" campaign. I made three modest moving posters but took the opportunity to ingest some very personal meanings. The results were seemingly simple visual takes on popular Facebook groups, but they held a lot of heart and layered story. The films and their backstories can be seen on my IG @ronbrodie.

I've always been inspired by the work of my colleague Raafi Rivero. His work always opens my eyes to a number of creative possibilities I wish I had thought of. In 2013, Raafi created Unarmed in response to the acquittal of Trayvon Martin's murderer. Since then, the project has served as an ongoing memorial for Black victims of police violence. For each victim, Raafi designs a bespoke jersey to commemorate the loss of important Black lives. The project has recently evolved into an ongoing exhibit at the Leon Gallery in Denver. I am forever inspired by what he produces!

One of my biggest strengths is my ability to speak with and relate to almost anybody. I love finding myself in a story, and once I do, I feel it creates a trust and a bond that allows for subjects to be themselves or feel comfortable to focus on performance. Another strength of mine is my ability to edit a story in real time. I feel confident in recognizing the crucial beats of a story and knowing what will make the cut before it is assembled.

I think I wear my heart on my sleeve, and that may or may not always be a good thing.

Bringing Iree to Jamaica will always make me happy.

Being away from my family and missing out on movies.

I would probably be a rock star!