On DeBeers, 'Nothing Beats a Londoner,' and standing out in B2B tech 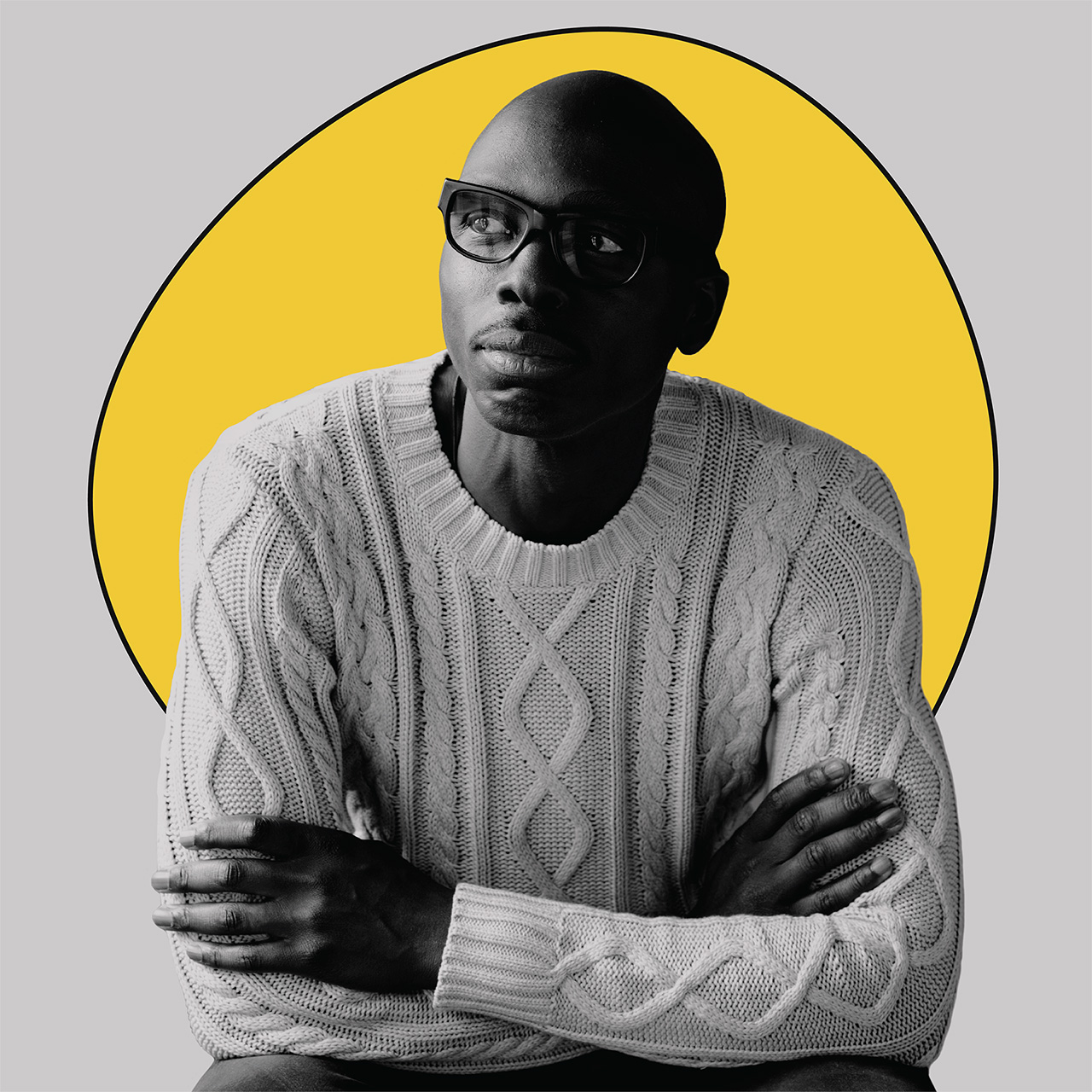 Rob Omodiagbe is an on-the-tools executive creative director and works with the smart people at Just Global. He has one or two consumer clients, but much of his day is spent making B2B advertising for the tech industry. Sometimes, the things he makes don't look like B2B advertising and those are good days.

Rob started his career at the London office of design company The Chase. He moved into advertising in New York and was an ACD and CD at BBH and JWT (now Wunderman Thompson). His first gallery show sold out on opening night, mostly because he set the prices too low.

I'm a Londoner but haven't lived there for 20 years. Right now, Sydney, Australia, is home.

When I was 13, a high school teacher asked me to imagine my life in 10 years' time. I muttered something about working in a bank—guessing that if you worked with money, you had some, too. At 16, I was studying maths, physics and economics. I slept through two weeks of economics lessons, then dropped it for art.

I always had art stuck on school walls.

I came across a book called Forget All the Rules You Ever Learned About Graphic Design, Including the Ones in this Book. It was my introduction to ideas. I name-dropped the author, Bob Gill, at my art school interview. Turns out my interviewer had studied with him. I'm convinced that was the only reason I was accepted.

So many. Kehinde Wiley, Nick Cave and Bill Viola. Patrick Caulfield and I bonded over our love for Karmann Ghias before we discovered that neither of us could drive.

Sydney is in lockdown and I'm in rewatch mode. Right now, it's the BBC series Luther. So, the eponymous Luther.

I like The Rewatchables and The Bugle, too. But there are episodes of Have You Heard George's Podcast? by George the Poet that are genius.

Though my family and most of my friends are in the U.K. and North America, I don't do a lot of liking or DM-ing. To those affected by this, I apologize. Again.

I'm not a healthcare worker. I don't perform a role that was ignored and poorly paid until it suddenly became "essential" and poorly paid. I don't have to drive an Uber to make my rent. I live in a part of the world that's a long way from everywhere and view any "change" I've been subject to as relatively minor. If pushed, I'd say I'm bugged by the ease with which people have replaced conversations with email or Slack. I miss the spark of sitting in a room with someone smarter than me. Especially when the room has beer taps.

My first boss in advertising stressed the importance of creating work that moved people. He has an Emmy and made great spots for Nike. Yet in interviews, he often cites DeBeers' "Unbreakable Kiss" campaign that we did together as a favorite. It'd be rude to disagree.

Generally, budgets are much lower in B2B tech. We've had B2C award recognition with smaller clients, but making progressively more differentiating work for our bigger ones is equally rewarding. Fuji Xerox is an example of that. They recently became Fujifilm Business Innovation Australia. The change in company name and purpose coincided with a pandemic that accelerated the digital transformation of businesses everywhere. We're positioning them as a guide to help businesses realize the promise of change.

Nike's "Nothing Beats a Londoner" by Wieden + Kennedy. I love everything about this. It captures a mood and attitude brilliantly, plus the writing and casting are great.

Nike | Nothing Beats a Londoner

I run a very small team, which means I do a lot of writing. I'm not a writer, so I need more time and usually end up thinking, "Hmm, that should be better."

I get angry more than sad—a sign of the times, perhaps.

I used to paint, so maybe that ... and making my rent by driving an Uber. (I was made in England—self-deprecation comes standard.)