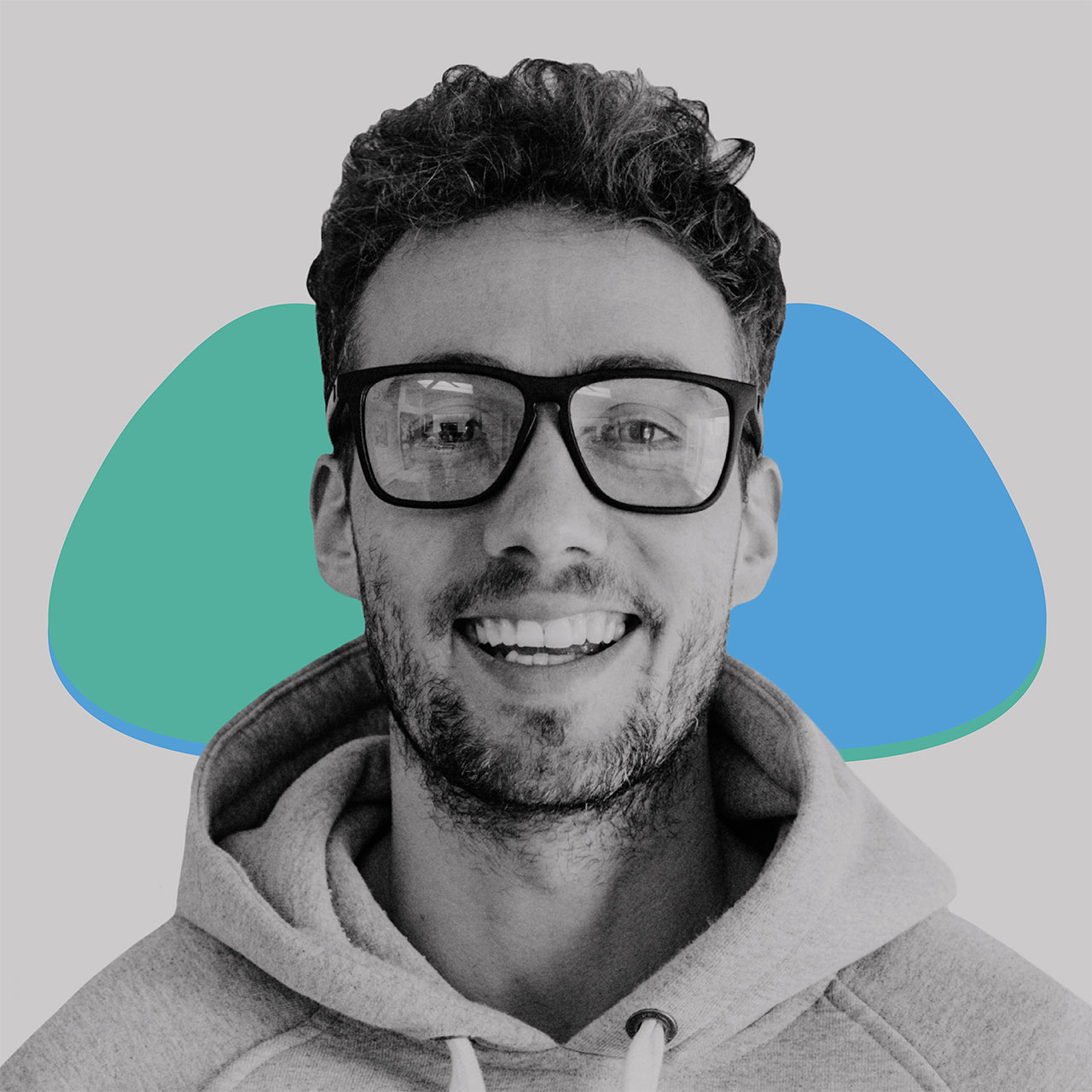 He got a master's in English literature and a B.A. degree in art direction from the ESAG Penninghen School of Fine Arts in Paris (after brilliantly failing at a famous film school). He started working as a designer in 2007 before getting into advertising in 2011. He worked at Fred & Farid Paris, then at Wieden + Kennedy in London and then crossed the Atlantic to join Crispin Porter Bogusky in Los Angeles. In 2018 he went back to Wieden + Kennedy, in Portland this time.

We spent two minutes with Pierre to learn more about his background, his creative inspirations, and recent work he's admired.

I grew up in the South of France, but not the South of France you're picturing. More like middle-of-nowhere South of France. When I was 23, I moved to Paris. I lived there for a while, then moved to London. After two years of almost constant rain—the cliché proved to be true—I moved to sunny Los Angeles and a couple of years later to Portland with my wife and two kids.

I really wanted to be a ninja. One of those masked assassins who never speak a word and crawl on roof tiles for a living. But one with a good heart.

Around the age of 7, I started to get really passionate about comics. I wasn't good enough to draw my own characters from scratch, so I would trace different parts of existing ones, and Frankenstein my own superheroes. I made a whole bible of my alternate Marvel universe like that, all unique heroes, with their own names and bios.

I don't know if I idolized anyone, really, but I got lucky enough to be exposed to a lot of art by my father. All kinds of art.

After studying literature and cinema for many years at the university, I left all this behind and moved to Paris to restart from scratch in art school. It was a big change in my life, but the best decision I ever made.

It wasn't the very first one, but the one that instantly comes to mind is the Daft Punk Alive Tour in 2007. I saw them perform in the old Roman coliseum of Nice (France). It was incredible.

Recently I've been trying to catch up on French hip-hop artists. My references are seriously outdated.

All the known and unknown names who brought life, color and magic into the science-fiction genre during the golden age of pulp magazines.

Probably someone who once trained as a ninja.

An Autobiography of Miss Wish by Nina Berman. It's a daunting, dark and sad story documented and photographed across 25 years, but brought to life by some of the most creative storytelling and book design I have seen in a long time. 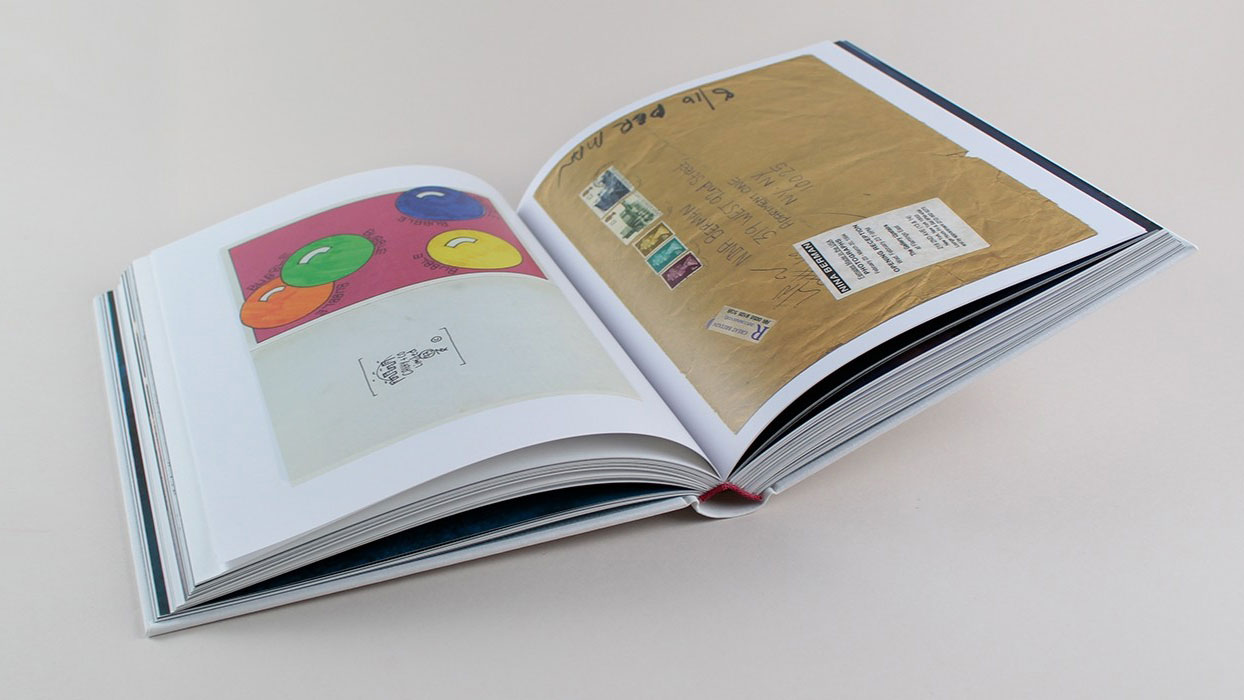 Fallen Angels by Wong Kar-wai (1995). Cinema didn't get better than that haha.

I cannot even start counting how many references and random ideas I found thanks to @matmaitland.

I think of it as a collective experiment we couldn't opt-out from. Definitely changed things, personally and professionally. On the bright side, it allowed me to see my little girl grow up like I would never have. Professionally, it brought its own set of challenges but hey … I feel super privileged. For many, this past year was much harder.

It has to be a Rio Olympics campaign that died at the beginning of its production. We spent almost a year working on it. This project was everything a creative could dream of. We were going to build world records into giant sculptures only to blow them up live each time they would be broken. Big names, big money, big expectations. But while all this was shaping up, some of our client products started to randomly explode, it became this big thing worldwide, and within two weeks the whole campaign was canceled. It is still the most exciting project I remember working on.

Funny enough, another Olympic campaign I just spent a year working on with my partner Derek Szynal. A little more than a year ago, W+K began a new partnership with Eli Lilly and Company, a pharmaceutical company, to create their first-ever brand campaign for the Olympics. As an unprecedented health crisis exposed this country's vast inequalities when it comes to health, this work became even more meaningful and relevant. We recently launched this first film (directed by Sara Dunlop), but there is a lot more coming around the Olympics.

This Levi's Swimmer ad by BBH, and shot by Tarsem years ago, is one of the ads that really made me want to make ads. The spin on the original movie was brilliant. And the colors! And the production design! And the music! And the layout of this end line!

I am blown away by what Laurie Howell and Toby Treyer-Evans (Droga5) did with their recent "Life Needs Truth" campaign for The New York Times. Visual poetry built from the Times' own articles. It is not only masterfully designed and executed, but it feels real and raw and relevant.

My obsessive attention to details. I used to feel guilty about it, but one day I read this quote from the Eames: "The details are not the details, they make the product." And it's hard to disagree with it. So now, I feel better.

My obsessive attention to details, no doubt. And I cannot pronounce the word "beach" correctly. That has led to some awkward conversations.

The way my two kids smile when I religiously ask them in the morning. "Est-ce que tu as bien dormi?" (Did you sleep well?)

Seeing a client recognize a good idea, but ultimately move forward with a bad one.

I would spend a lot less hours of my life writing emails.