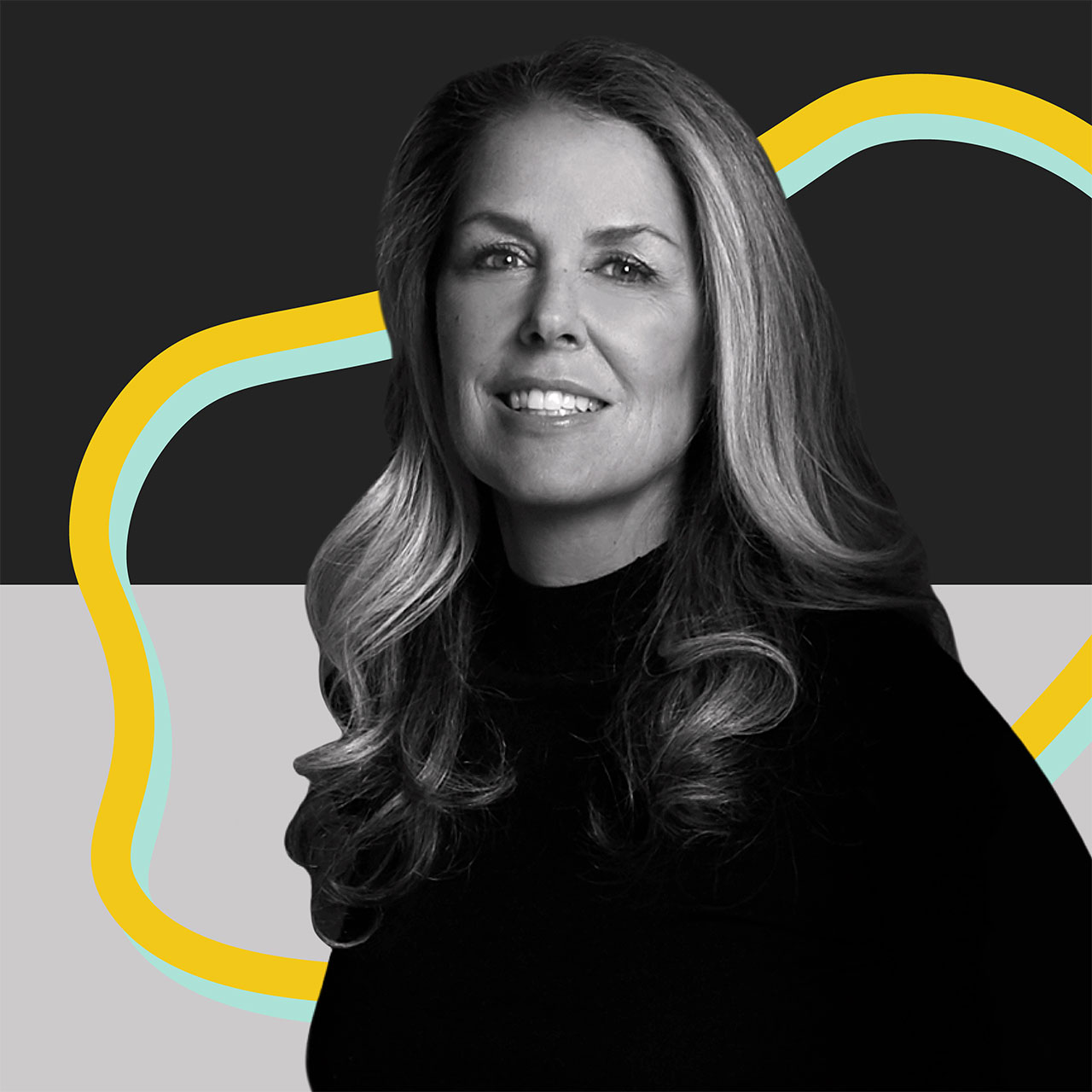 She has done work for agencies such as Taxi, BBDO, Zulu Alpha Kilo, Rogers Publications and Bookmark Content, and has worked on many iconic Canadian brands, including LCBO, Air Canada's enRoute, Fairmont Hotel & Resorts and Telus.

Nathalie is also part of the film directors collective Bent Design Lab, based in Portland, Oregon. Her film work has been featured on NOWNESS, was awarded Vimeo Staff Pick and was nominated in festivals in Toronto, Montreal, Chicago, L.A. and Miami.

We spent two minutes with Nathalie to learn more about her background, creative inspirations, and recent work she's admired.

I was born in Arvida, in the Saguenay region of Quebec. Named after its founder, Arthur Vining Davis, president of the Alcoa aluminum company (which later became Alcan), it was known as "The City Built in 135 Days" and described as a "model town for working families." Later, I grew up in Québec City and resided there until my young adulthood. I am currently based in Toronto and Montreal—Montreal now, during the WFH period.

I was gifted to make people laugh. I went from wanting to be an actress, musician, photographer, fine artist, to wanting to be an orthodontist (I liked the idea of fixing something up, making it work better). I was not aware that being a graphic designer or art director was even a thing. My first contact with my current profession was when I was 14 and worked as a babysitter for a local family: He was a creative director at Cossette; she was an illustrator. They often asked what I thought of their work in progress. I was equally impressed with their respective crafts. They had a massive library, and while the baby slept, I went through piles of Communication Arts magazines.

Being creative was not really what we called it. My parents often said I was "artistic." They encouraged me from the earliest age to develop my skills. Not a birthday went by without an arts and crafts kind of gift: paint, paper, colored pencils. I even had my atelier in the basement, where I spent countless hours laboring away on paintings or collages. My father put me in a drawing class when I was 11, and I turned out to be the only child in the classroom. I remember thinking it was really easy and wondered why everyone else struggled.

My brother was very creative. He constructed all sorts of things, from stinky bombs to improvised fairs in our backyard all complete with stylish signage and prizes to win. He could draw very fast and really precisely. One day, as I was walking back from school with him, he underlined the importance of art and why we should consider it a serious subject in school. I remember thinking that I would like to be like him some day.

At the end of my fine arts CEGEP years (college level), I met with two teachers who were supposed to guide us to the next step in university. They started to argue: One really thought that I should be a fine artist (destined to a BFA), the other believed I should be a graphic designer (towards a bachelor's degree in graphic communications). I chose the latter, at that time, out of fear and misunderstanding of fine arts. I often thought of that conversation throughout my career. Fortunately, we now live in an era where blending several disciplines is not only accepted but applauded. Arts and design overlap all the time and are richer for it.

The first concert I saw on my own, without my parents, was David Bowie in Québec City.

So hard to pick a favorite visual artist! There are so many talented people out there and all so different. Recently, while in Montreal, I've been following a collective called Paperole. They are a very prolific mix of artists and illustrators. At the beginning of the crisis we are going through, Paperole created wild postings of gratitude posters all around the city. A welcome touch of color, freshness and positivity.

My favorite fictional characters from the past were:

Gumby. My first encounter with stop motion and claymation, Gumby was a strange adorable green character with a horse as a best friend: Pockey.

Barbapapa: A pink male character who grows from the ground and tries to fit in the human world, dotted with the ability to shapeshift into anything.

Today, I really like the auto fictional characters found in David Sedaris's stories. Much of Sedaris's humor is seemingly autobiographical, self-deprecating and often inspired by his family life. His human insight is both touching and hilarious.

This summer I read Romain Gary's transcript of an interview with Radio-Canada, Le sens de ma vie. This Russian-French author had an epic life—writer, aviator, film director, diplomat—and speaks very simply about it in this book. Full of crispy anecdotes and some really profound thoughts like this (loosely translated): "We talk about the life we chose, but personally I think it is life, or rather history, that takes the reins of our lives, outwitting us."

My favorite movie is by Pedro Almodóvar, Hable con Ella/Talk to Her. A colorful film of great beauty, as much visually as in the storytelling. The Spanish director loves strong women, and in this particular film, the two main characters, even in a state of medical coma, are no exception. A story that is both intimate and humanly universal.

This period of great suffering has been unsettling, dismantling all of our certitudes. On a personal level, it made me appreciate the beauty of my house: the different ways the sun travels through the rooms during the day; cooking and eating every meal with my family.

At work, I feel like it brought our team closer together in a singular way. We meet every morning, even for a short while. The distance forced us into a rhythm that punctuates our days, which can be comforting.

My favorite creative project is the first film I directed. An abstract film about what to do on a lazy weekend. Sunday Afternoon was self-initiated, self-financed and self-produced. When I asked for help from my industry acquaintances, only a handful of people believed in the project. Basically, on set, it was me and the talented director of photography, Mark Klassen. When the short film came out and got several nods from around the world, including NOWNESS, it felt as sweet as can be.

Our team at Le Parc Design worked on the refresh of the TFO's corporate identity. [TFO is a Canadian French language educational television channel and media organization.] Juniper Park\TBWA's strategy team first did an amazing job at the brand architecture, and based on this solid ground we were able to develop a substantial, multi-brand, multi-platform identity including 2-D and 3-D animation as well as static assets for several sub-brands. It's a project close to my heart for its mission to promote French content around the world and a very open, collaborative, creative-minded client. I feel lucky and proud.

Stefan Sagmeister's The Happy Show. A gallery show that traveled the world. The result of 10 years of research about happiness, delivered in a variety of interactive ways. And of course, delightfully presented in the iconic "happy face" colors: yellow and black. I was at the opening night of the Toronto show, at the Design Exchange (DX), with Sagmeister, internationally renowned graphic designer, presenting the exhibit.

Someone else's creative project you've been impressed by lately.

I was really impressed by an SNCF (French Railway Company) commercial film that was created by our TBWA\Paris office. The idea is that nature (flowers) blooms in firework-like bursts, to thank SNCF for being, and its passengers for using, a more sustainable mode of transportation. The short film is as beautiful as it was a technical challenge done by using a time lapse of over 200 hours of footage, directed by Montreal duo Caravan.

My main strength as a creative person is probably a solid craft—it comes with years of experience. Other forces are my ability to be versatile and the fact that I have a multicultural point of view (French and English Canadian experience and dual citizenship—France and Canada).

Lack of patience! I hate to wait or line up.

Color. In my house, in the world, in design and in art. I love this artist, Felipe Pantone, who uses colour as his base material.

Cynicism makes me feel blue. I fundamentally think there is good in most people.

If I was not doing what I do today, I would be riding a horse in the south of Spain. Just kidding … but not really. I would be a film director. Living in Spain. With a horse.