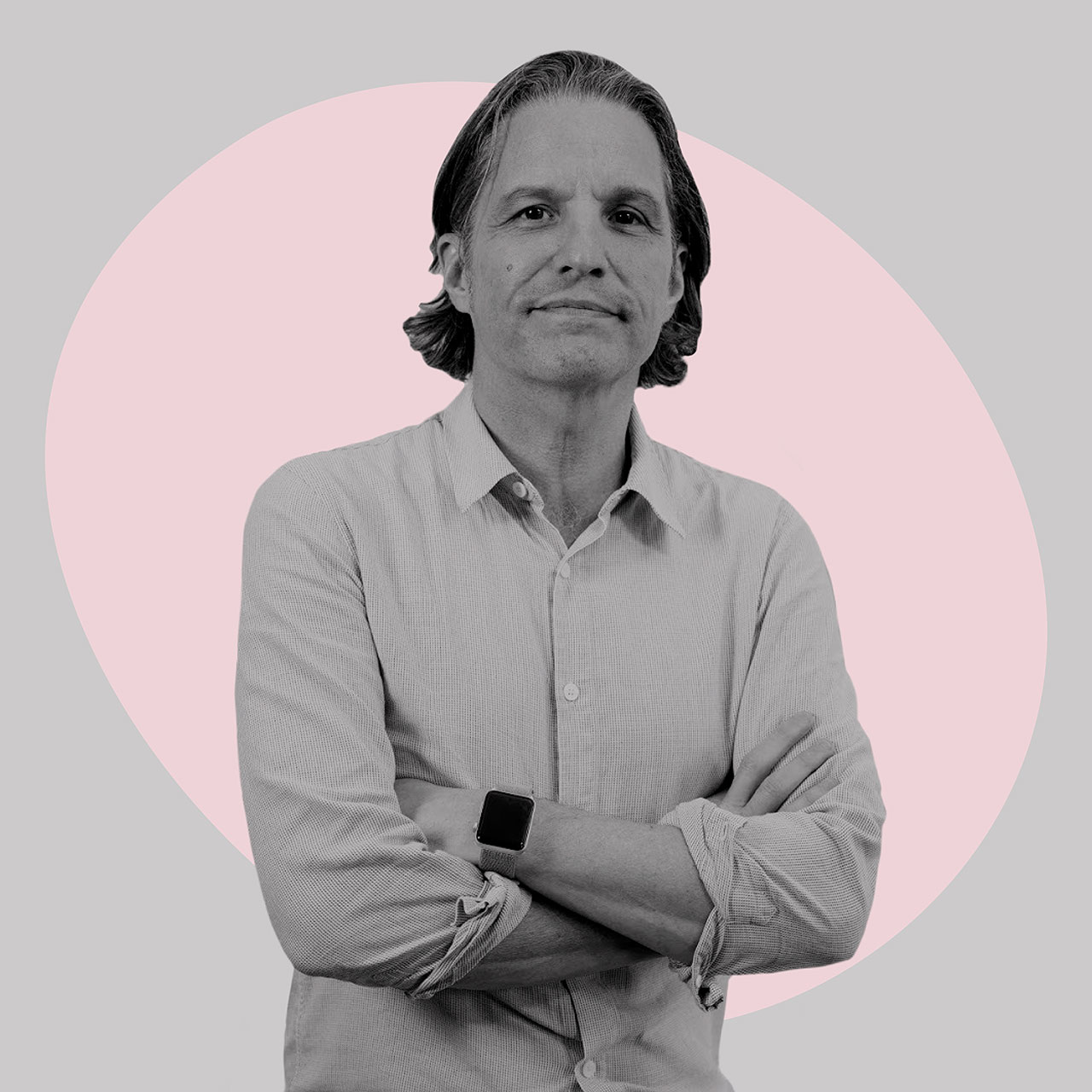 Mark Figliulo has advised some of the world's most successful brands for over 30 years. His vision for a new type of agency coupled with experience gained leading agencies like Chiat/Day has led to the resounding success that is FIG, Storytellers for the Information Age. Mark launched FIG in 2013 and strives every day to reinvent what an agency can be.

Prior to FIG, Mark was chairman and chief creative officer of TBWA\Chiat\Day New York. Before that, he was CCO of Y&R Chicago. Earlier in his career he spent more than a decade at Leo Burnett.

We spent two minutes with Mark to learn more about his background, his creative inspirations, and recent work he's admired.

I grew up in Chicago and currently live in Tribeca, NYC.

I always wanted to be an artist. Or really someone who draws for a living. My sister's friend designed pinball machines, and I thought that was pretty cool.

I didn't want to play sports, I wanted to draw album covers.

I always loved an illustrator named Frank Frazetta. I was into comic books and I remember thinking that this guy is a grownup and he gets paid to paint this cool stuff.

I met my wife Claudia in college, and we've been happily together for 37 years now.

My first concert was Elton John in the '70s.

The best recent concert (pre-Covid) was David Byrne's American Utopia. I saw it when it opened in Brooklyn and it just blew me away. He doesn't stop. He's always doing something interesting and original.

Too many. Lucian Freud and Balthus for painting, Abramović for performance art, and we haven't even gotten to film yet.

Again, too many. Major Tom comes to mind.

I'm binging on Haruki Murakami right now. It started with The Wind-Up Bird Chronicle, then Kafka on the Shore, and I just bought his new short stories.

Apocalypse Now. For so many reasons, but the music alone is enough.

Covid-19 was of course challenging for a business owner. But from a personal standpoint, I reconnected with a group of 10 friends that I've known since the 1st grade. We now speak every week on Fridays via Zoom. We recently reunited in person back in Chicago. It's the upside of a crisis; you re-evaluate what's important to you.

I'm Here. A short film for Absolut directed by Spike Jonze. He and I have done three projects together over the years, but this was my favorite. Spike has an ability to tell absurd stories in an honest and very human way, like a story about robot love.

It's not every day that you get an assignment that could impact culture. CNN called and needed to respond to Trump's assault on the news industry. We knew we had to define what CNN believed in before we took on Trump. "Facts First" became the rallying cry that the reporters and the whole company took and ran with immediately. Then we answered Trump with our "This is an apple…" spot. It was an immediate hit. We launched on a Monday morning and that night it was on every late-night show and the next day on Oprah, Ellen and The View. We gave everyone a new language to counterpoint fake news and Trump. "Facts First" launched in 2016 and is as strong as ever. We expanded on the need for facts to fight misinformation about Covid, voting rights and the election itself.

Skittles. It was a new thing, a new style of storytelling, and it spawned a generation of talent and other campaigns. That doesn't happen every day. Full disclosure, Scott Vitrone is our CCO here at FIG and was one of the creators of the campaign.

Mark Gross and his agency Highdive are doing some great work. The Jeep spot with Bill Murray sent a loud signal that independent agencies could do big campaigns.

On a good day I can think both creatively and analytically. My big project right now is marrying data and creativity. It started because I realized how powerful A.I. will become in our industry and I think creative people should design the systems we will all be using in the future. Our new tool is a very different take on data and how it informs storytelling.

I argue a lot. It gets annoying.

A good gin and tonic.

We grew some pot last summer and I was surprised how much I enjoyed the process, so who knows.