2 Minutes With ... Malika Reid, Art Director at Goodby Silverstein and Co-Host of Bag of Lies

Obsessed with work that reflects the world, and good typography 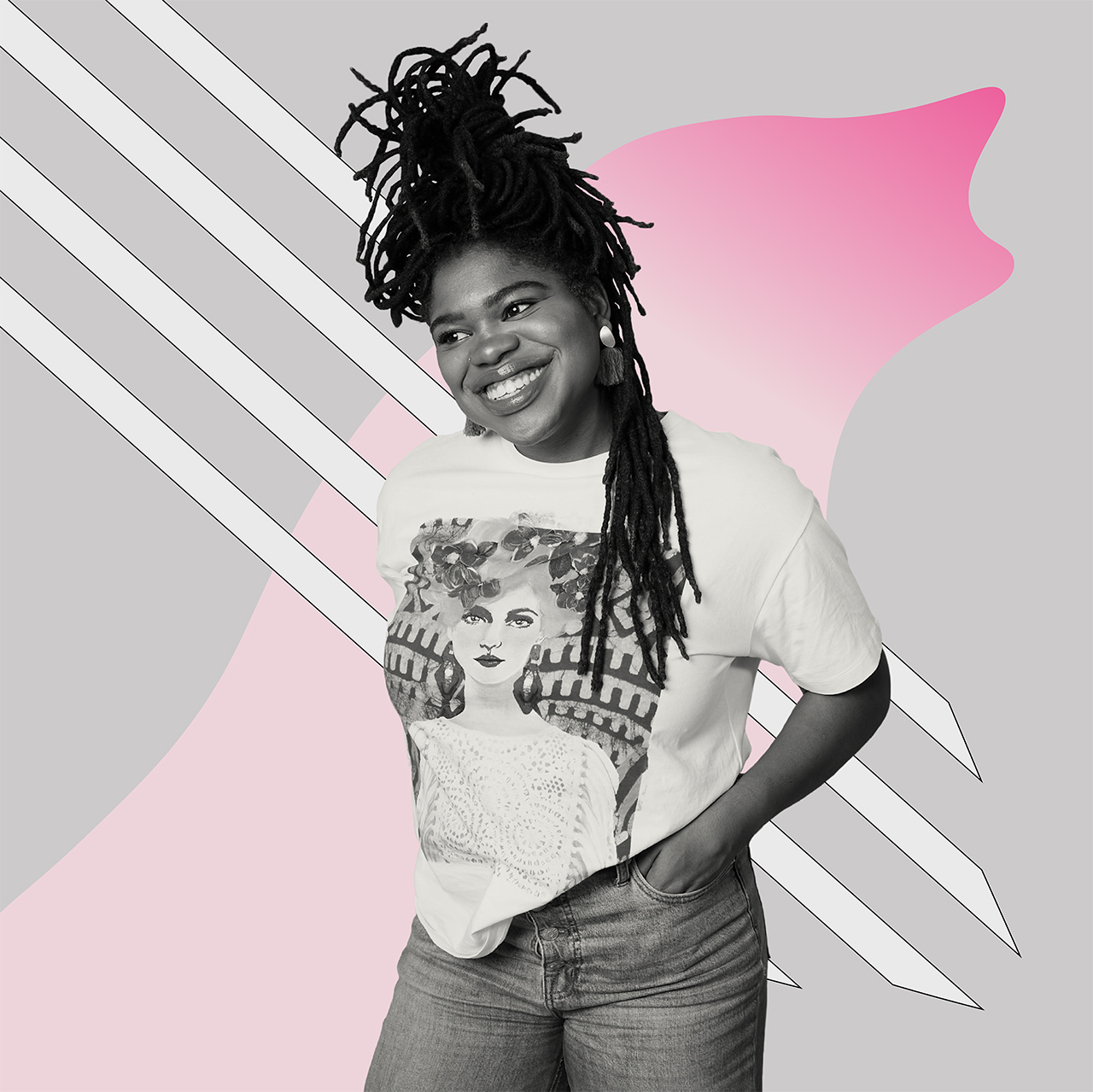 Malika Reid has been an art director at Goodby Silverstein & Partners for almost three years, following stints at SS+K and a creative internship at Deutsch. She's worked on brands including HP, Xfinity, BMW, E*Trade, Planned Parenthood and the NCAA.

Brooklyn born, with British, Jamaican and Trinidadian roots, the Miami Ad School grad is passionate about creating work that reflects the world and is obsessed with craft—and with fonts in particular. She's a truth-seeker, yet in her spare time explores the world of white lies, and what telling them says about people and culture, in a side-hustle podcast.

We spent two minutes with Malika to learn more about her background, her creative inspirations and recent work she's proud of and admired.

I was born in Brooklyn. Growing up I split my time between New York and South Florida. I'm currently living and working in the Bay Area.

When I was a kid I went through a couple of phases. For a while, I wanted to be a teacher, but then I had the crazy idea that I wanted to be a biochemist. I even studied science and pre-engineering. It was a whole thing. But somehow all that changed and I ended up going to journalism school, where I was like, "Oh, advertising seems cool."

I was always a very creative kid. I wrote a lot of stories and was always the one to pick up a camera at family functions. My family even nicknamed me "Kodak" for a while. Even before I knew what a moodboard was, I would collect images and curate looks.

I went to ad school to study art direction because I love doing a little bit of everything and wanted a role that allowed me to do that. My job allows me to touch projects in different ways, from storytelling to imagery to design.

Bob Marley. I was always fascinated by his life and music and the lasting impact he's had on the world.

While I was in high school, I started taking college classes for art and design, which exposed me to high-level, conceptual thinking early on. There was a class I took that was called Sociology Through Film, where we'd watch films and analyze social structures in them. It was dope. I think that's where it clicked for me that you can use artistic mediums as a lens to view the world. This is what solidified my love of art.

The first concert I ever went to was headlined by Lauryn Hill, Eve and Erykah Badu. Lauryn Hill's Miseducation was the first album I ever purchased, and since then I've been a fan of her artistry and music.

Right now, Burna Boy is definitely my fav. I'm a big fan of the Afrobeat movement that's happening because the genre speaks to my love of reggae, dancehall, hip-hop and R&B.

Sister Corita Kent. She's a dope '60s radical pop artist, who was also a nun (she's basically a real-life Sister Mary Clarence from Sister Act). I've always been drawn to artists who use a lot of color in their work. I also think it's cool when art comes from unexpected places or people.

Do the Golden Girls count as one? It's one of my favorite shows ever. Four sassy, empowered older women who throw shade but care for each other will never get old to me.

Trick Mirror by Jia Tolentino. It's a collection of essays about the ways we react to cultural phenomena and how hard it is to see ourselves clearly in a culture that revolves around the self.

I have a lot of favorites. But for sentimental reasons it would have to be How High. It's a silly movie I've watched a million times with my best friend.

@everyoutfitonsatc. It's an account that details every outfit on Sex and the City. Obsessed.

Well, like a lot of people, I now work from home. It's definitely a different way of working, especially as a creative where you're always collabing on ideas. I think the biggest change has been learning how to still find inspiration and connect with people through a screen. The upside is now I have more time to work on side hustles. I'm excited about all the "quarantine projects" that will come out of this.

My "As American As" work. We took the phrase "as American as" and gave it new visual meaning. I worked closely with the director to cast real people on the streets of New York to show what being American looks like today. I love this work because it speaks to the America I know as a Caribbean-American woman. 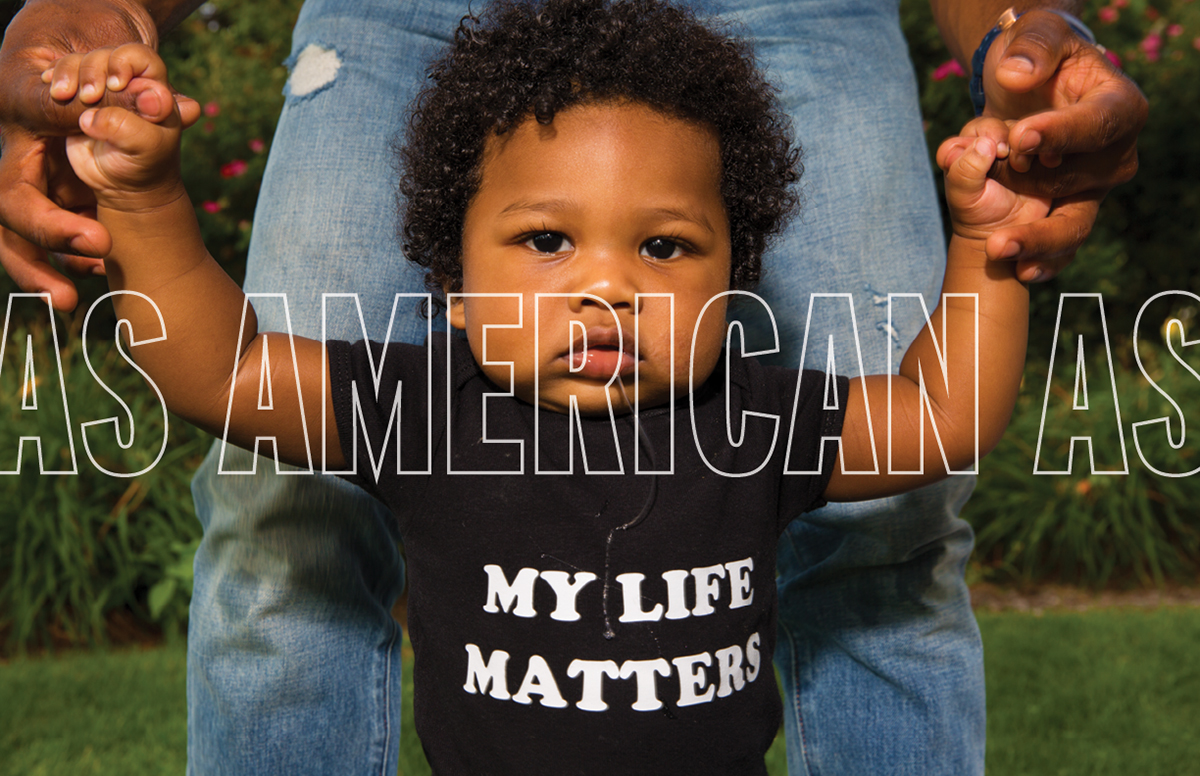 I've worked on some great projects this past year—shout-out to "Not a Gun"—but I think my favorite has to be the launch of my podcast, Bag of Lies with Shareina Chandler. It's a fun passion project. I love building the brand and learning how to use a medium that isn't visual to tell stories. With Bag of Lies, Shareina and I tackle a range of topics, from racism to random pop culture, through the lens of the white lies we all tell.

Nike's "Find Your Greatness" campaign. It's such a simple message driven by powerful imagery. It's a classic I look to for inspiration.

Matt Edwards and Wes Phelan's Option 2 spot for BMW. It's dope work that I wish I made. I'm lucky to get to work with Matt and Wes on other cool projects; they've been great CDs to learn from.

I bring craft to the projects I touch. I like to think there's potential for anything to be visually interesting. It's fun to draw out that potential and create a whole visual story or brand around it.

I'm a tough critic, especially on myself. Like most people, I toe the line between believing in my craft and then feeling like it's not good enough. I'm working on it, though. I'm lucky enough to have people who call me out on any imposter syndrome thinking.

A good font. I can get obsessive about type.

I would be an interior designer. I love home decor and I love shopping. It'd be a good match.