2 Minutes With … Lisa Topol, ECD and Managing Partner at Oberland

On Steve Martin, the Snapple Lady, and creating period campaigns for a new generation 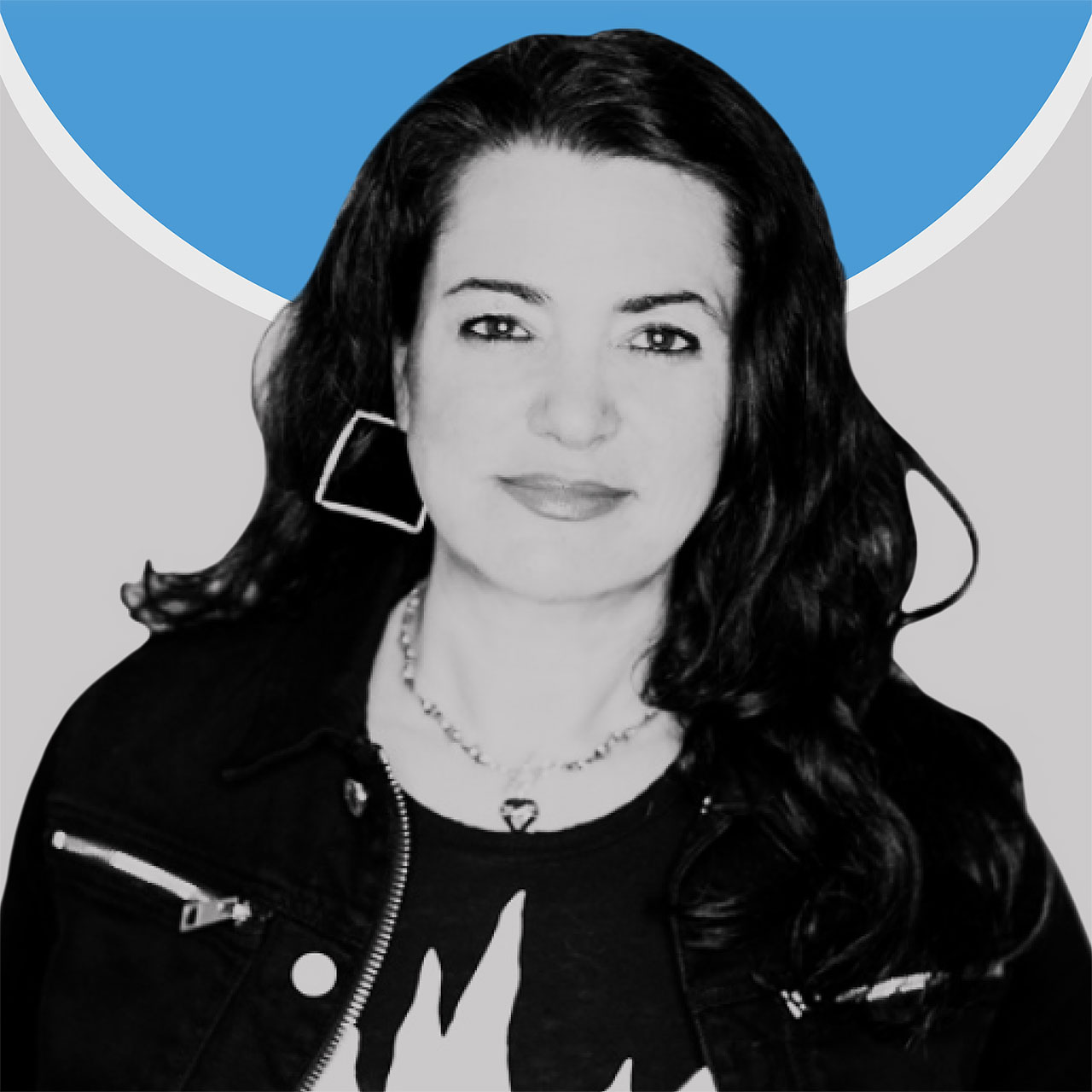 With a desire to see true purpose at the center of her work, Lisa Topol joined Oberland as managing partner and ECD in early 2022. Prior to that, Lisa was co-chief creative officer at DDB New York, and an ECD and writer at agencies including Grey, TBWA\Chiat\Day, Wieden+Kennedy and Ogilvy.

Lisa made her mark doing the kind of work that was more typically reserved for mad men—namely, sports (Nike, Jordan, ESPN, NFL) and tech (IBM and Motorola). But she also wouldn’t say no to a good period campaign and found a way to turn the category on its head, bidding a fond farewell to white pants and blue liquids. She continues to pioneer the category to this day, with breakthrough work for Thinx.

Lisa is a constant advocate for equality in the workplace, runs an online activist group several thousand strong, and is proud to sit on the Time’s Up Advertising Steering Committee. Her other interests include competitive dog agility, where she and her rescue dog Plop are two-time agility champions at Westminster and have represented the U.S. at multiple World Team Championships. Lisa also loves tennis and knee surgery.

We spent two minutes with Lisa to learn more about her background, her creative inspirations, and recent work she's admired.

I grew up on Long Island (516, LIRR, Nassau County) and now I split my time between Manhattan and my big Covid purchase—a little house in Southbury, Connecticut.

My grandmother was a bar mitzvah entertainer and comedian long before it was accepted that women could be funny. When I was little, we would write song parodies together about things like proctology, and I loved it. Some of my very first lyrics were, "Jesus is my neighbor. His name is Fred. I'll bring the peanut butter. He'll bring the bread." I know, pure gold.

Steve Martin is a creative hero and demi-god to me. And Judy Blume, author of Superfudge, Blubber and Are You There God? It's Me, Margaret. Those books sparked my imagination as a child. It's insane that many are on "banned" lists, because some people STILL think we shouldn't talk about things like menstruation.

This is the serious part—I was sexually assaulted by a professor I trusted and admired in college. It shook my life to the core, and changed me as a person. But I felt compelled not to sit back, and through a very brutal legal battle, I helped get university rules changed across the country to help protect students against predators. Trump and DeVos tried to dismantle them all.

Mariangeles Agrela (@angelesagrela on Instagram). While Zooming with a good friend, I noticed these paintings that just screamed to me. Turned out the "starving" artist was his sister-in-law, from Spain. I was lucky enough to get two of them. And then, boom! One of her paintings just auctioned for over $100,000. So please, don't come to my house and steal my paintings.

Get Back—Peter Jackson's Beatles documentary. I was enthralled watching the creative process that produced some of the greatest songs ever. It also reminded me why I'm such a fan of collaboration and partnership in the creative process. It bums me out to see that model rarely used now at the higher levels in our industry. When I was a co-ECD and co-CCO with Derek Barnes, it was co-much more exhilarating.

How does someone have ONE favorite fictional character? Yikes. I had a serious crush on Doc from Snow White and the Seven Dwarfs. Alexis from Dynasty is everything. But from this quarter century? The Bluths from Arrested Development.

Ashley Longshore (@ashleylongshoreart on Instagram)—modern day pop artist who is crude and wacko in the best way. She's the artist in residence at Bergdorf Goodman, and her Sparklepuss wallpaper design adorns their café and my living room wall.

Priorities. Don't stand by and watch the world, or your soul, slowly descend into Milton's bottomless abyss of hell. In the end, nobody will care about how many awards you won. (I totally won at least 1 million titanium things.)

"Keep a Child Alive—Digital Death." So much of the "purpose driven" work out there wins awards, but doesn't change a thing. This one raised over $1 million to help fight AIDS in just six days.

Thinx, "How a New Generation Thinx" is my first big campaign with Oberland. Beyond the thrill of having Pamela Adlon (Better Things) decide to make this her commercial directing debut, it's honest and funny work for a product I deeply believe in and deeply wish existed when I was bleeding all over conference room chairs. I also got to put the words "butt crack" into a script.

"Snapple Lady" from Bill Oberlander. Wendy was the GOAT of employee spokespeople, and this campaign made me feel so happy and sunny, kinda like a Snapple.

Ari Merkin, Steve Mapp, Spike Jonze—Ikea "Lamp" It made me have feelings ... for a lamp. And then made me feel stupid about that.

"Don't Eats It" campaign for Uber Eats from Special Group and my friends Jonathan Marshall and Chris Wixom. I could watch Jennifer Coolidge eat lipstick all day.

Empathy. Regardless of whether the end product is serious or funny, it's important to get in there, understand the "why" of it all, and if necessary, let that take you away from the brief or idea you originally had in mind.

Imposter syndrome. Not sure I'll totally get over it. Or will I?

My dog, Plop. Everything he does, even when it's naughty, comes from a place of unbridled enthusiasm.

I'm giving you two:
1. When people find it easier to hate than to love.
2. The song "Allentown" by Billy Joel ... because they closed all the factories down.

I'd be a full-time dog trainer and agility instructor, loving every moment of the joy and honesty animals bring into the world.