2 Minutes With ... Laura Thomas, Head of Strategy at PETERMAYER

On scoring Fresh Direct, sustainability, and finding her flow working from home 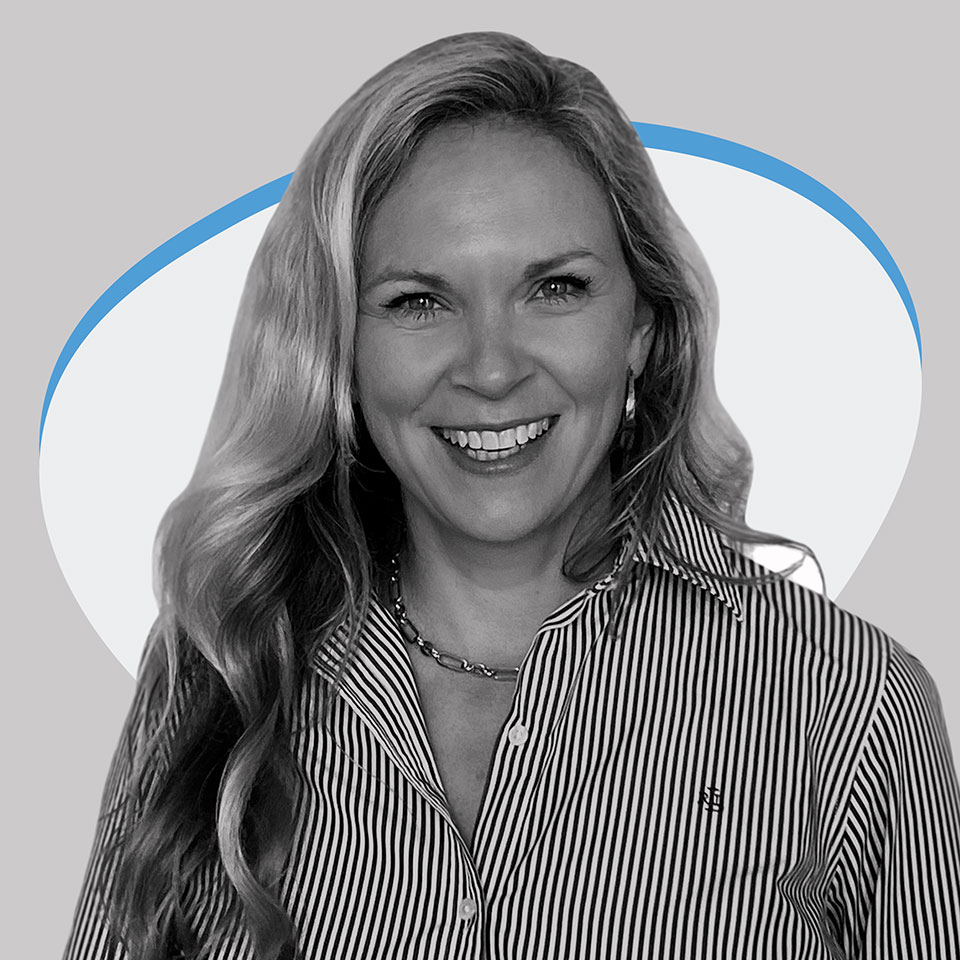 Thomas has spent more than 25 years building innovative ways of working and thinking in the advertising industry. Her voracious appetite for knowledge leads her to explore immersive forms of strategy to drive insights that leap off the brief. She has held leadership positions in strategy at Curiosity, Deskey and LPK, in addition to serving as chief innovation officer for her own agency, Nontraditional.

We spent two minutes with Laura to learn more about her background, her creative inspirations, and recent work she's admired.

There were moments in grade school when I realized I experienced the world differently than the rest of my friends and family, but at the time I didn't have an appreciation for my creativity. When someone is 14, all they want to do is blend in. It was in high school that I began winning awards based on my creative work, but even then my peers didn't initially see my vision. For example, I created a mural of a Native American Chief using tiny, fingernail-size cut paper from magazines. It won an award and hung in a local politician's office. I went down state for my creation of a historical Spanish costume. Over time I began to trust my creative instincts. When I began working professionally as a strategist, I harnessed that same feeling of embracing a unique lens on ideas and concepts. I believe it's one of my strengths.There have been moments in the past when colleagues have questioned my vision and ideas. Holding on to that creative vision requires you to dig deep and believe in yourself and the new-to-the-world concepts you're presenting.

I wasn't fully conscious of her impact on me at the time, but I grew up watching Madonna play by her own rules. Her songs were so rebellious and her sense of identity challenged the status quo. That was the cultural tapestry I grew up admiring.

I began to intern at LPK when I was a freshman in college. My world got incredibly bigger. I was met with thinkers and creators and people celebrated for their individuality.

I just attended the Imagine Dragons concert with my teen daughters. Dan Reynolds has such a beautiful message on mental health and he shares his personal journey with incredible vulnerability. Anyone, and I mean anyone, who can put themselves on a stage and believe in their talent and at the same time be their rawest, most vulnerable selves… that is a quality I admire deeply.

I recently read Deep Work by Cal Newport and found it both inspiring and instructional. It's a book that creates a moment of calm while reading, and makes a case for less chaos and more deep, thoughtful blocks of time for think space.

Can I say the Simpsons? The Simpsons is the longest running scripted primetime animated program—it has over 30 seasons and close to 800 episodes! Why? Because it has hit upon a cultural note in a way that is both relevant and accessible. The writing is wicked smart and gives voice to over 3,600 unique characters.

I just started following Samandtha Unrau, global director of social media at Nike. What I appreciate most about her  is that she is a real human on LinkedIn. She posts about the work-life balance of being a mom. She isn't afraid to discuss issues that may not be popular. Her down-to-earth commentary is really refreshing on a platform like LinkedIn.

I feel like there were two people that emerged from the pandemic: Those who found flow in working from home and those who broke down because they need to work together in person to find flow. There isn't a right or wrong, and I understand that this topic is as political as it is personal, but I found my flow working from home. I have had some of my best career successes working remotely.

Pitching and winning Fresh Direct was super fun. The creative just launched. The work was designed to attract a younger audience and to create more accessibility to Fresh Direct.

The  2016 Beats by Dre spot featuring Serena Williams  is an all-time favorite of mine (and it happens to have been filmed in my hometown of Cincinnati). The insight about athletes using music to block out the noise is brilliant. So many athletes use music to quiet the external world so they can create laser focus in their personal craft. Serena was being destroyed by the media and so using headphones and music to keep her focus while training is  a direct link to the end product benefit—creating your own world of sound. This is very much my style of strategy. To watch how consumers interface with a brand and leverage that to create tension or an insight—that's magic.

I really like the Four Season's repositioning. They brushed off old luxe tropes as stereotypes and created an onramp for new consumers to see themselves in luxury. The "Luxury Is Our Love Language" insight was drawn out of "true stay" comments from a combination of feedback surveys, comments and interviews with hotel teams.

Early on in my career I learned the value of being prolific in ideation. It's increasingly rare to have the amount of time we think we need on projects, and we're operating in a state of constant change. Getting to ideas quickly and working nimbly—being able to evolve and adapt on the fly—these are the skills that have become my secret weapons."

I have a tendency to think big—I get excited by the idea of affecting change in big meaningful ways. But sometimes what's required is smaller measures, and I have to level-set my expectations.

My husband and I have two teen kiddos. Between the four of us, we have a group chat where we connect through the day. The kids send little notes about how a school test went. I will send a photo of a moment of travel. My husband will send a picture of the dogs being extra adorable. It's a great habit that we started a few years ago and it makes me happy.

I have been studying sustainability as a trend for close to 15 years. I've done proprietary research and collected secondary research and global intelligence. I think the hard part of this entire situation is that there isn't a clear path forward. When I talk to consumers they say, "I don't know what success looks like because I am only one person and I don't really know how to be sustainable and does it even matter?" There's a lot of personal shame around the topic of sustainability—plastic bags at the grocery store, fair trade, sourcing water and plastic bottles, eco footprint, etc. Consumers are overwhelmed. Many are trying to do the right thing to make an impact, but it's hard to know what that is. It makes me sad for future generations because it's so complex and there is no immediate fix.

A few years ago I did some soul searching, or perhaps a mid-life re-evaluation. I actually created an experiment in my life (as I often do). The experiment was to put myself in situations where I could learn about alternative career choices. It was meant to suss out whether I was made for something besides advertising. I studied Reiki, authored a book, studied massage and helped out at my kid's school as an assistant. I farmed a little. I traveled in an RV and tried the van life. Through this soulful journey I discovered that I'm actually meant to be a strategist in advertising!