On the CX strategy for SoFi Stadium, the impact of Black Madison Ave, and more 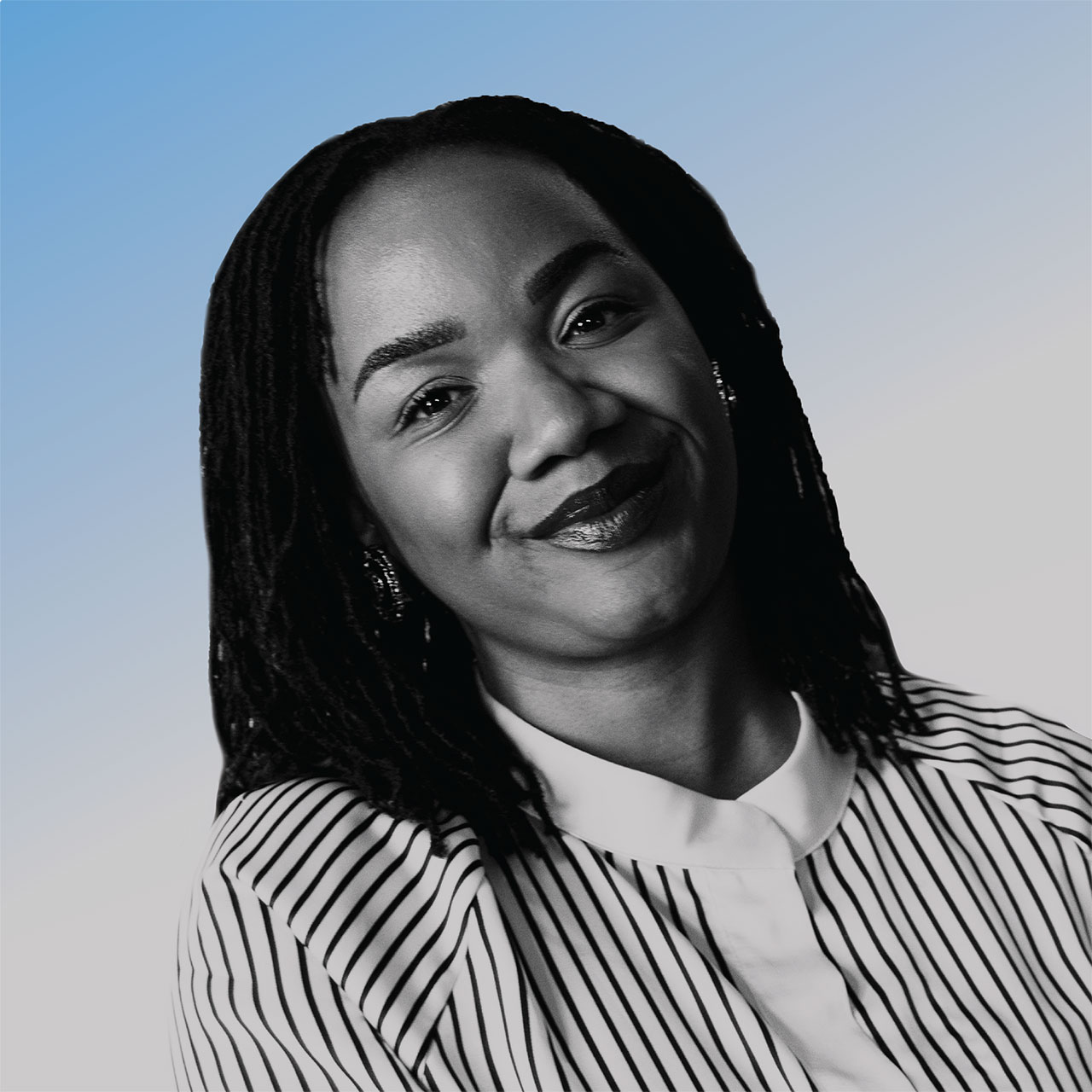 Kaleeta McDade is chief experience design officer at VMLY&R. She infuses a brand's unique emotional connection into every experience the brand creates and provides and a human touches. Kaleeta helps companies drive growth and human value through an unmatched understanding of brand and human behavior while harnessing the power of innovation, design, data and technology.

Kaleeta co-leads North America's experience design, and her nearly 20 years of experience span numerous industries and geographies. She has worked at and with such brands as Nike, Apple, Google, Walmart, Lululemon, WNBA and Costco.

We spent two minutes with Kaleeta to learn more about her background, her creative inspirations, and recent work she's admired.

You know those movies where the neighborhood has one stoplight and the locals congregate at the solitary Walmart? I remember when they installed that light and built that first Walmart. Down a gravel driveway 28 miles south of Nashville, I grew up a happy pigeon-toed little girl, living a forest away from my neighbor, way before Nashville was the bridal Nash Vegas or remotely "cool." Life has taken me from Nashville to Chicago, Atlanta, Shanghai, San Francisco, Oakland, Seattle and back to Atlanta.

I grew up as a daughter of a Fortran programmer, math major and a self-professed master in common sense. My mother instilled in me that it's not "if" you will go to college, it's "where" you will go. As the third generation of Wright women, we had to make sure to major in things that "mattered." Both of my parents instilled free will and often touted, "As long as you are happy, you will never work a day in your life." But when FAFSA came knocking, that tune shifted to, "You need to major in something employable." A creative dream deferred, at nights I would create designs for friends. It wasn't until after graduating with a comp sci degree during the dot-com bust that I felt I could explore my full creativity. I moved to Atlanta, peddling my large black leatherbound freelance portfolio door to door, hoping someone would take the chance.

Fahamu Pecou was my first boss and mentor at Diamond Lounge Creative, an independent, all-Black agency. Fahamu created designs for nightclubs, restaurants and politicians as well as hip-hop artists and music labels. DLC was a vibe. The smell of incense wafting through the air while Roy Ayers played in the distance. As a trained fine artist, he created digital designs during the day and painted at night. He made me realize I could be a full-time creative and do more than survive—I could thrive.

College was an amazing maturation point for me; personal growth was way more important than anything I ever learned. Coming from Nashville as a sheltered girl, Chicago afforded a colorful, welcome change. Up until that point, I had never been exposed to the LGBTQ+ community, and I unknowingly harbored assumptions that were misplaced and archaic. One fateful night, Terrell, a 6-foot-3, statuesque theater major, was telling his coming-of-age story of life growing up Black and gay in Miami. That story stayed with me for years. When Moonlight was released, I could not shake the feeling I had "heard this before." Seeing Terrell's name scroll across the screen, I immediately messaged him, sending all the love and adoration. Who knew Terrell would win an Oscar later that year?

In Rainbows by Radiohead is an album on constant replay. Michael Kiwanuka's Love & Hate album is one of my favorite mood-setters. Throw a little Toro y Moi in the rotation for good measure.

I am a self-professed crime, murder mystery and fantasy geek, but when I read it tends to be books that are well within the realm of reality. Ego Is the Enemy and The Medici Effect are two fantastic reads I would suggest. As your career progresses, it's easy to lose sight of "we" versus "me" and "conflicting ideas" as a constructive means toward true creative breakthroughs.

We almost named our firstborn Ripley from Alien. Sci-fi fantasy became larger after Alien, and my larping changed from Renaissance festival favorites like anything Shakespeare, Willow, Labyrinth, The Neverending Story, The Dark Crystal, etc., to a badass space pilot with a mini fro—a protagonist who was a female heroine not taking on masculine traits, but rather being brave, vulnerable and strong within the guise of her qualities.

I only follow family members and friends. Social influencers are not my muse, but I have some really talented family and friends who inspire me daily.

While Covid was raging, we were all hostages in our homes—captive audiences unable to look away as a global atrocity unfolded. George Floyd's lynching awakened us to the reality we have not truly progressed. A major shoe company was my client at the time, and there was a movement to do more. As vendors, we paired with the chief talent officer and wrote a document called "The Pledge," in which we outlined how we go from a moment to a movement to a machine, including vendor diversity and accountable metrics that would help the company transform. It was my first time working in anything DEI, and I became aware MY personal progress isn't enough. I must actively instill systems of change and start stepping in the spotlight—not because I want to be seen, but because someone out there NEEDS to see someone like me.

In 2017, shortly after giving birth to my oldest, I got a phone call from a partner at Deloitte. The Kroenke family had purchased 300 acres of land in Inglewood, and they wanted an experience strategy. That CX strategy was the smart city strategy for SoFi Stadium. Watching the Super Bowl was surreal; I still remember wearing a hard hat and walking the grounds, unaware of how amazing it would all be.

I've done a lot in my career that I am proud of. I've worked for clients such as Apple, Google, Nike and so many more. But the work I'm most proud of is a little more personal. When the seven of us got together to shoot Black Madison Ave, I had no idea the impact it would have. The amount of people who needed to see and hear that conversation, and the conversations that have started because of it, have been humbling and incredible. It's refocused my commitment to change. Additionally, I've made friends for life.

Jessica Apellaniz is one of the rare creative talents who leads with humility and grace. She pushes the creative envelope and has shepherded a thriving creative community in LATAM.

Connecting what would be perceived as disparate entities into creative ideas.

Creativity is everywhere, so anywhere I can flex creatively.