On HBO's Bleed for the Throne, Moira Rose, and Local Weather's launch work 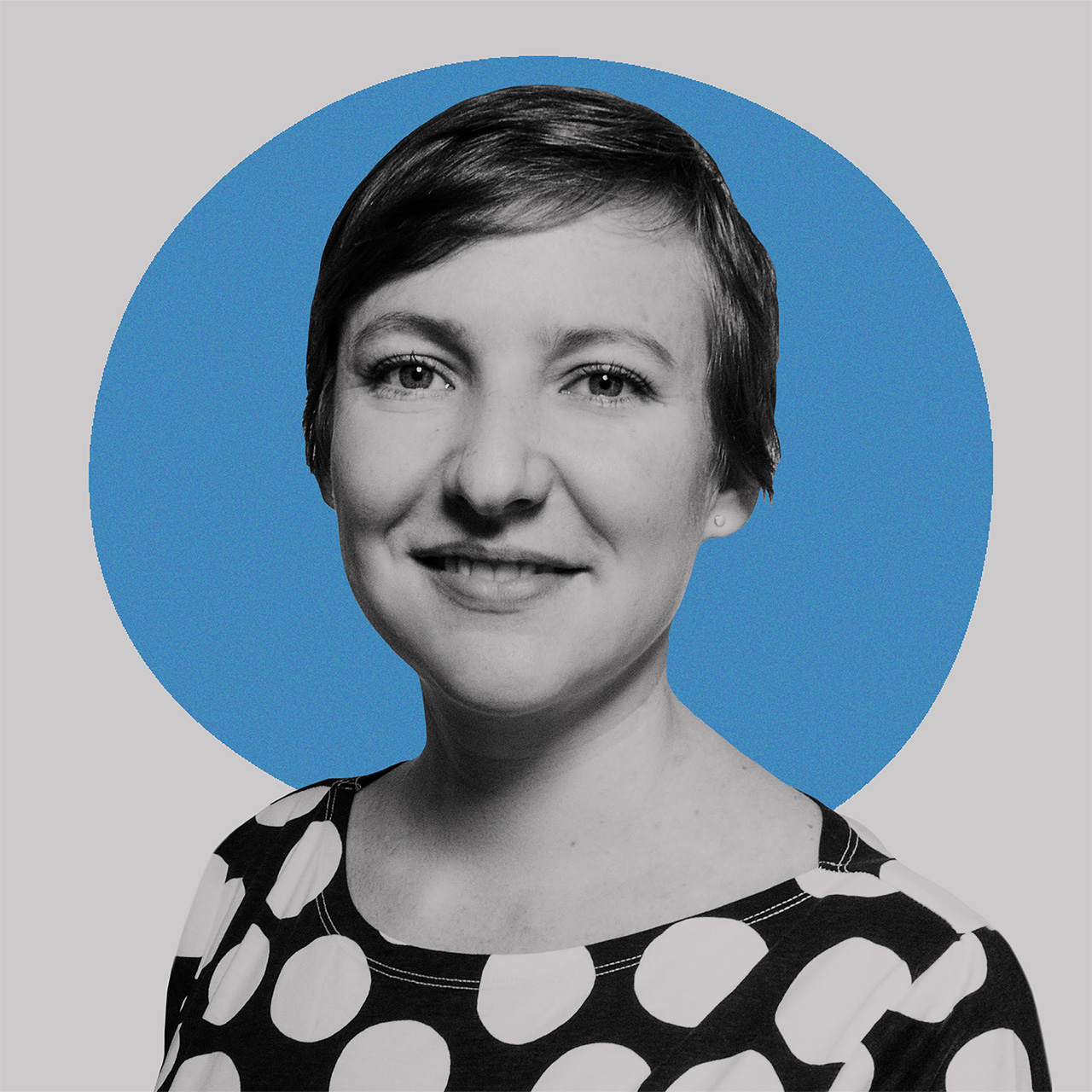 Juliana Jaramillo is VP, executive creative director at Jack Morton, the global brand experience agency. An award-winning creative, Juliana is known for some of the greatest experiential activations to hit the market over the last couple of years, including HBO's Bleed #ForTheThrone and Under Armour RUSH Performance Lab. A native of Colombia and a trained industrial designer, Juliana is skilled across a variety of disciplines and mediums.

She built a career collaborating with brands such as Target, Google, Louis Vuitton, Puma, NFL, Revlon, MoMA, Marriott and more at key cultural events from Sundance Film Festival to SXSW, CES and Art Basel. She has also developed two product lines for West Elm, designed celebrity weddings, museum and non-profit galas, as well as immersive performances, exhibits, activations and stunts. In her spare time, Juliana crafts and finds homes for her line of handmade ceramic friends on Instagram.

We spent two minutes with Juliana to learn more about her background, her creative inspirations, and recent work she's admired.

I grew up in Bogotá, Colombia, surrounded by a very large family. My parents both had seven siblings, and I have over 30 cousins. I now live a quieter life in Brooklyn with my partner Aleks and our two cats.

I wanted to be a paleontologist. I did not go that route, but I do have a passion for finding and collecting natural treasures. I've found fossils and am constantly on the hunt for rocks that look like faces or have beautiful patterns and textures. I'm still waiting to find the perfect geode in the wild.

There was no "aha" moment, but I do remember my cousin explaining to me what industrial design was and thinking: "You can get paid for that? Sign me up!"

I don't know her name. She was a performer that was around my age and was part of a musical theater group in Colombia called Misi. This all happened pre-internet, so there is not much information out there and I haven't been able to find her. My mom tells me I would get so excited when I saw her, I would cry. I wish I could find an old video to see what it was all about.

I had a conservative upbringing with little exposure to diversity. Going to art school in the U.S. completely changed my life and opened my eyes to a whole new world. It's important to leave your bubble, unfortunately not everyone has that opportunity. The world would be a better place if everyone did.

I discovered Martin Denny and his Exotica albums in an Airbnb a few years ago. Listening to them is the fastest way to get to a tropical island, tiki drink in hand.

Moira Rose from Schitt's Creek. The accent! The outfits!

Mystery Show, an old podcast from Gimlet that was sadly canceled. Bring it back!

@shitgardens and @uglydesign always bring a smile to my face. My friend @3rdritual has great content. And if you daydream about real estate, I also enjoy @yourcheapdreamhome.

Professionally, Covid-19 had a huge impact. I went from having a jam-packed schedule, gearing up for four BIG experiential activations at SXSW, to having them all cancel and work drying up.

I found myself with this newfound free time that brought into focus how I spend my time. As a result, I began to repopulate my schedule with more intention. I volunteered to help organize and deliver food to those in need. I started doing daily yoga, weekly sound baths and noticed a lot of my stress pains disappeared. I made time to pursue some side projects that were on my to do list for years! I discovered a new passion for ceramics and started my adoptable line of cups @jjobjects. With my partner, I incorporated a creative studio Local Weather and we successfully completed our first project.

Earlier this year, as the world started opening back up, I was lucky to land a new role at Jack Morton as VP, executive creative director. As things continue going back to a version of "normal," I am working hard at preserving my new outlook instead of falling back to the same old patterns.

HBO's Bleed for the Throne was a dream project. I was a huge fan of the show, so that was a win, but it was also a creative playground. We had the opportunity to do amazing set design inspired by the show. We had access to costumes and props, including the real Iron Throne. We had a 24-person chorus that performed original music compositions. An army of actors on hours of script was interacting with guests; I still blush when I remember my interaction with the Dothraki soldiers. We conceived an interactive technology walkthrough so guests could walk in the footsteps of those characters who bled for the throne. To top it off, we got fans to perform the ultimate sacrifice and #bleedforthethrone by donating blood to the American Red Cross to help combat the blood shortage. A dream project.

I'm very proud of the work my partner and I did through our creative studio, Local Weather, for The Studio by Klarna x Haus Labs. I love experiential marketing and events, but their temporary nature is always sad. This project launched our creative studio and allowed us to collaborate with truly great clients and partners to create a permanent space where creators could feel safe, open and free to realize their visions. I especially love the bathroom we designed pictured below. 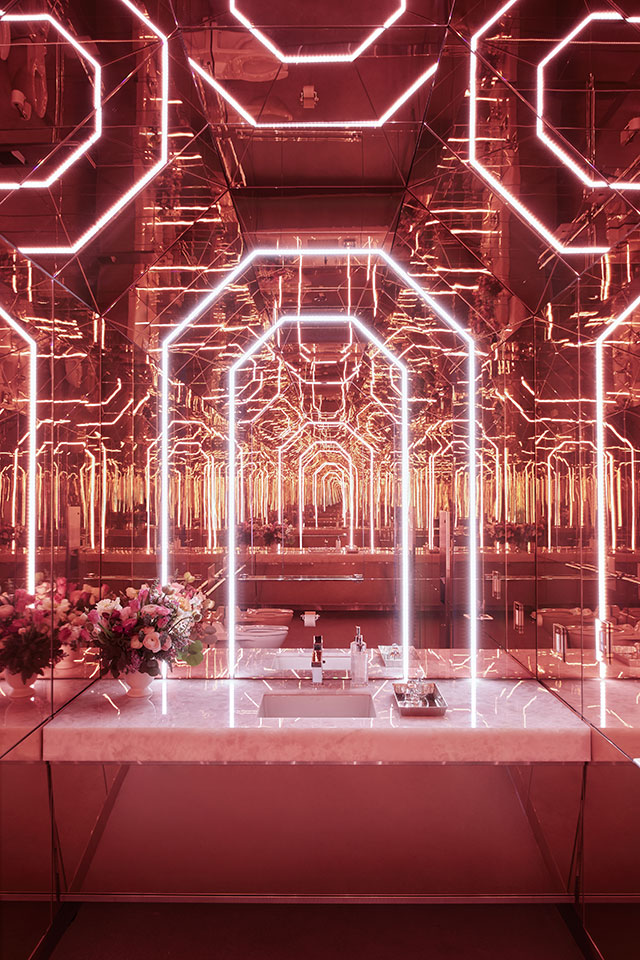 The Target Kaleidoscopic Fashion Spectacular was one of those projects I wish I worked on. To showcase its new fall fashion line and create buzz during New York Fashion Week, Target reinvented the fashion show. It used all 18 stories of the Standard Hotel windows to create a canvas that showcased the collection through a dance, sound and light spectacle. Sadly, I did not get to see it in person.

The Uncensored Library was genius. It was a creative way to get information to places that have no press freedom. Censored articles became uncensored by placing them in a library within Minecraft. I love a smart project that does good.

I am good at creating an environment where anyone can feel comfortable contributing ideas. I've been in situations where the best ideas came from the intern, the account person, or the producer. I don't really care what your title is, I care about the ideas.

Submitting timesheets and expenses on time.

Swinging in a hammock.

Saying goodbye to my family.