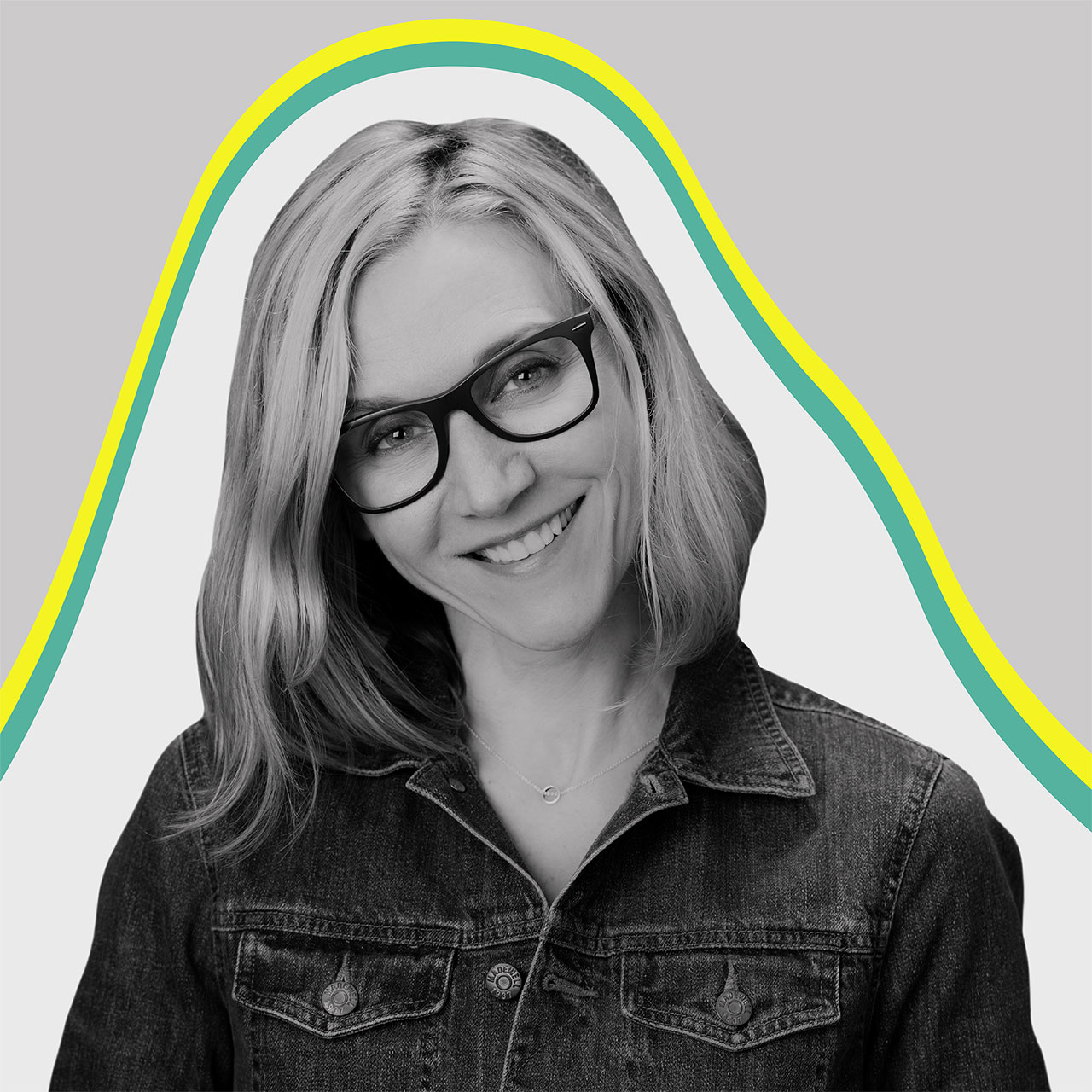 Juliana Cobb is an executive creative director who's been at Droga5 since 2016, leading breakthrough work for a range of brands from Prudential to Blue Apron to Chase, and most recently the award-winning global Huggies campaign "We Got You, Baby."

Prior to that, she led creative on brands including GE and Starbucks as a senior creative director at BBDO New York.

We spent two minutes with Juliana to learn more about her background, her creative inspirations, and recent work she's admired.

I was born in Canada, grew up boho-style, hopping around India and Nepal before we landed in Northern California. Now I live in Manhattan.

I wanted to make books. I read and wrote a lot as a little kid and always figured I'd go into publishing.

When I landed a job as a book editor, I quickly found it to be a bit too administrative and unstimulating for me. I realized I needed to be on the making side.

David Bowie. Not only for his music, I was really enthralled by the way he reinvented himself in all these different personas through the chapters of his musical career. That idea of personal reinvention seemed awesome, the way he blurred the lines in his identity and his sexuality. Like you could enjoy multiple lifetimes within your one lifespan. (And yes, I had a crippling crush on him, too.)

I hated high school and felt restless. So at 16, my mom agreed to let me take the GED as long as I enrolled in college classes instead. I bloomed once I could really focus on the things I was into, like nerding out on writing and literature.

I have an older sister who's always been way cooler than me, so I'm happy to say my first concert was when I was probably 13 or 14 and it was the Violent Femmes in San Francisco. It's impossible for me to identify one favorite band. I have a favorite for the time I'm in—an obsession for that day, that month, that year. Right now, Bill Withers is in heavy rotation, a balm for my psyche.

Olafur Eliasson. I've never outgrown my delight in colorful, shiny things like glitter and kaleidoscopes. His light installations are incredible, real-life versions that you can walk around in and inhabit for a minute.

Jeff Lebowski, the anti-hero in the Coen brothers classic. He's so totally fallible, so seemingly powerless to the machinations of others. But ultimately, he's the only one who manages to stay true to his own version of a moral compass, and that's his power. The Dude abides. (Plus, I share his aversion to the Eagles. Sorry, Eagles fans. [The band, not the team. Important clarification.])

There's something coming soon that I'm really excited about. Taika Waititi (Jojo Rabbit and What We Do In the Shadows) is directing a new comedy series called Reservation Dogs that's created by—and features a cast made up exclusively of—indigenous people. It's got this potential to tell the American story from a point of view that TV hasn't focused on very much, if at all. And with the cheekiness and craft that Taika Waititi brings to the storytelling, it looks like for-real, mark-your-calendar viewing. The trailer is 👌🏼 excellent.

Believe it or not, TSA has a really funny feed on Instagram. The guy who started it is a bit of an Internet legend for establishing this surprisingly irreverent tone for an organization that's so uptight, but it's so perfect for social media. He passed away a few years ago, but they've carried on his legacy.

I actually really liked how it brought out everyone's humanity and ingenuity. We remained insanely busy at Droga and made some incredible work through it all, but it was all done with a renewed sensitivity around people's time and well-being, along with some real inventiveness in developing new ways of doing things to make it all work. I don't think those things will go away. I think they'll inform the way agencies manage things from here on out.

We created a new global platform for Huggies diapers called "We Got You, Baby," which manages to have an entirely different approach to the category: having a conversation about diapers with the people who actually wear them, the babies themselves. It was such a fertile creative proposition that the voice of the brand could play this role of explaining the world to babies, like how do you explain ice-cream trucks? Or kangaroos? Or New Jersey? Or the high-tech absorbent layers in their diapers that keep their bums clean and dry? Launching all the work was a massive endeavor, but at the same time, we were having such a great time writing the copy and creating the stories.

Huggies | Welcome to the World, Baby
Huggies | Skin is Weird, But #WeGotYouBaby

We just launched a new campaign for Pinterest at the end of May. We went from briefing to on-air in about 12 weeks, but you'd never know it from the creative. We really wanted to land a provocative proposition for the brand that could separate them from regular, more passive social platforms. Pinterest is a place that gives you the inspiration to go out and try new things—and there's something uniquely fulfilling in that "doing" part. So our campaign tapped into the insight that with endless things to get into, "You just might surprise yourself."

I bring this one up a lot and it's held up over the years. Around 2009, as a part of the Johnnie Walker "Keep Walking" campaign, BBH made a six-minute film called "The Man Who Walked Around the World." The film stars Robert Carlyle walking toward camera along a lane in the Scottish hills, telling the story of how Johnnie Walker built the legend of the whiskey and the brand. The writing is so strong and manages to keep you hooked all the way through. But here's the thing: It's shot in a single take, a single six-minute take, where Carlyle had to hit certain beats in the story and engage with props arranged along the roadside with precision timing, all while having it appear effortless. I read somewhere that they had not hit those beats all day and were on the last take and were losing the light, and in the end that last take is where they finally nailed it.

I'm really impressed by Castro Desroches' "You Love Me" film directed by the always-brilliant Melina Matsoukas for Beats by Dre. I love the brutally direct storytelling in the narration, calling out the racism in how white America selectively appreciates Blackness and Black culture without ever bothering to truly see and appreciate the Black individual, the people themselves. As a counterpoint to the blunt narration, there's an incredible visual poetry to the imagery that peaks in a moment of magical realism when someone floats up in the air. It's such a powerful example of what you can create with an obsessive attention to all the details of your craft. Sometimes it can help you tackle something ugly, like racism, and create a new understanding.

I listen. It's the only way to let in all the best ideas and understand how to steer the work to the best place.

Even after almost 20 years in advertising, I still haven't figured out how to not take it personally.

My cantankerous roommate, Bean the Cat.