On the Black Bauhaus Mvmt, Bold Honey, and the power of confident humility 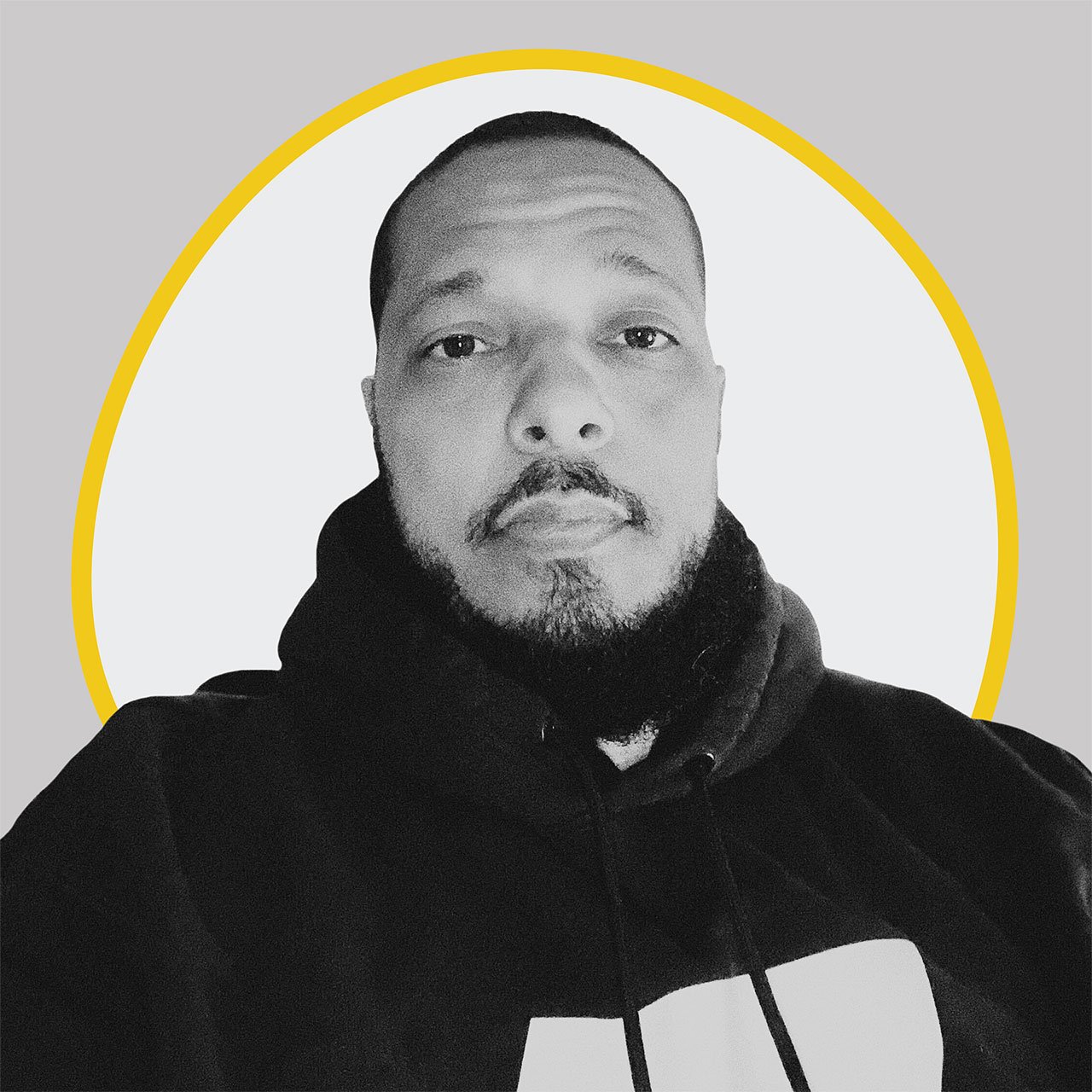 John Ferguson is design director at Work & Co, based in the agency's new Atlanta office. An art director and graphic designer by training, John has worked at agencies including SapientNitro, Ogilvy, Razorfish, Huge and Goods & Services.

He joined Work & Co in the summer of 2020. He is also founder of the Black Bauhaus Mvmt, inspired by the artistic sensibilities and ethos of the Bauhaus style and the social and cultural influences of the Black Panther Party, and creative director of production/creative company Bold Honey, founded by his daughter Priah Ferguson.

We spent two minutes with John to learn more about his background, his creative inspirations, and recent work he's admired.

I grew up in the Venetian Hills neighborhood on the southwest side of Atlanta, aka the SWATS. Atlanta is still my home. FILA! (Forever I Love Atlanta.)

I can't remember one specific moment of realization, but growing up, my parents were very supportive about whatever my latest experiment was and let me explore a lot. That environment allowed me to be someone who always follows my curiosity. When I was younger, I was all over the place: One day I wanted to study fine arts and become an artist, the next day I wanted to be a rapper, and another day I was trying to get into film and acting. I mean, who didn't want to be Denzel? But the constant was that as a kid I always gravitated towards professions in the creative fields.

My mom. She was very creative and resourceful with the little we had. The house I grew up in wasn't much, but she had good taste when it came to interior design.

Remember when I said I wanted to be an actor? The first high school I went to was a magnet program for the Performing Arts—think the '80s show Fame. It was one of those schools out of my district in an affluent area of Atlanta, so I had to audition, get accepted, and be bussed out. I practiced theater for the first two years of my high school career, and then I got expelled for reasons I will not say.

I ended up having to return to the zone school in my neighborhood, which led me to take a break from theater and figure out what was next. The silver lining in all this was because I had AP credits from the previous school, I was able to coast and take a couple of elective classes my senior year. One of those was called Desktop Publishing, and that's where I inadvertently started my journey as a designer.

Also invaluable was that I met my creative family and day ones at that school, and we're all still tight with each other today.

It's too hard to choose one! For film, Killer of Sheep by Charles Burnett. A masterpiece in cinema that depicts the culture of urban African-Americans in Los Angeles' Watts district. I'm also enjoying this fashion podcast called The Cutting Room Floor hosted by Recho Omondi. For books, I'm currently reading Dilla Time: The Life and Afterlife of J Dilla, the Hip-Hop Producer Who Reinvented Rhythm. I just finished Think Again by Adam Grant, and I highly recommend this book for anyone in the creative space.

Ellen Ripley from the movie Alien.

Personally, it's about getting to spend more time with my wife and two teenage daughters. Like many people, I've reflected on ways I can be more purposeful with my time. One thing I have noticed is being a designer whose medium is digital is that I crave being offline. I enjoy reading physical books more than I ever had before.

Professionally, the pandemic removed the human experience of collaborating, and ensuring you have human experiences via Zoom, you lack the instinctive understanding of how people are feeling. I'm looking forward to working with people again—especially now that my company is opening an office in my hometown.

Some of my favorite creative moments are from personal and side projects. One in particular is the Black Bauhaus Mvmt. It's a passion project I started in 2017 that serves as a platform to promote diversity, education and provide mentorship to underrepresented communities within the design industry. The concept is inspired by the artistic sensibilities and ethos of the Bauhaus style and the social and cultural influences of the Black Panther Party.

I'm currently collaborating with my daughter Priah along with my wife and youngest daughter on a production/creative company called Bold Honey. Bold Honey is a creative platform that amplifies the voices, narratives, and creative merits of young women and girls of color by centering their talent for storytelling.

I remember when I first saw Entropy8. Then I found out this amazing interactive art site was by a Black woman. Her name is Auriea Harvey, and I think she's one of the unsung heroes of the Internet. I had gotten my start in graphic design, but seeing her work in the '90s inspired me to want to get into digital art.

Hassan Rahim. A self-taught designer whose work moves the culture, he's setting an example to young Black designers that you don't have to go the traditional route to achieve success in a space where we aren't necessarily represented.

Vulnerability, curiosity and instincts. Is confident humility a thing? Because lately, I've been more interested in finding out what I don't know.

Video games—isn't it everyone's? I got into them later in life because as a kid I could never afford them. I'm trying to recoup my childhood!

A really good cup of coffee.

As a child, you imagine what you want to be, but as you mature, you learn what you are passionate about. I've always seen myself in the creative space, so if it wasn't design it would probably be in music. Especially living in Atlanta. I'd be a producer.