On Lee Clow, Chevrolet, Progressive and a single-minded passion for advertising 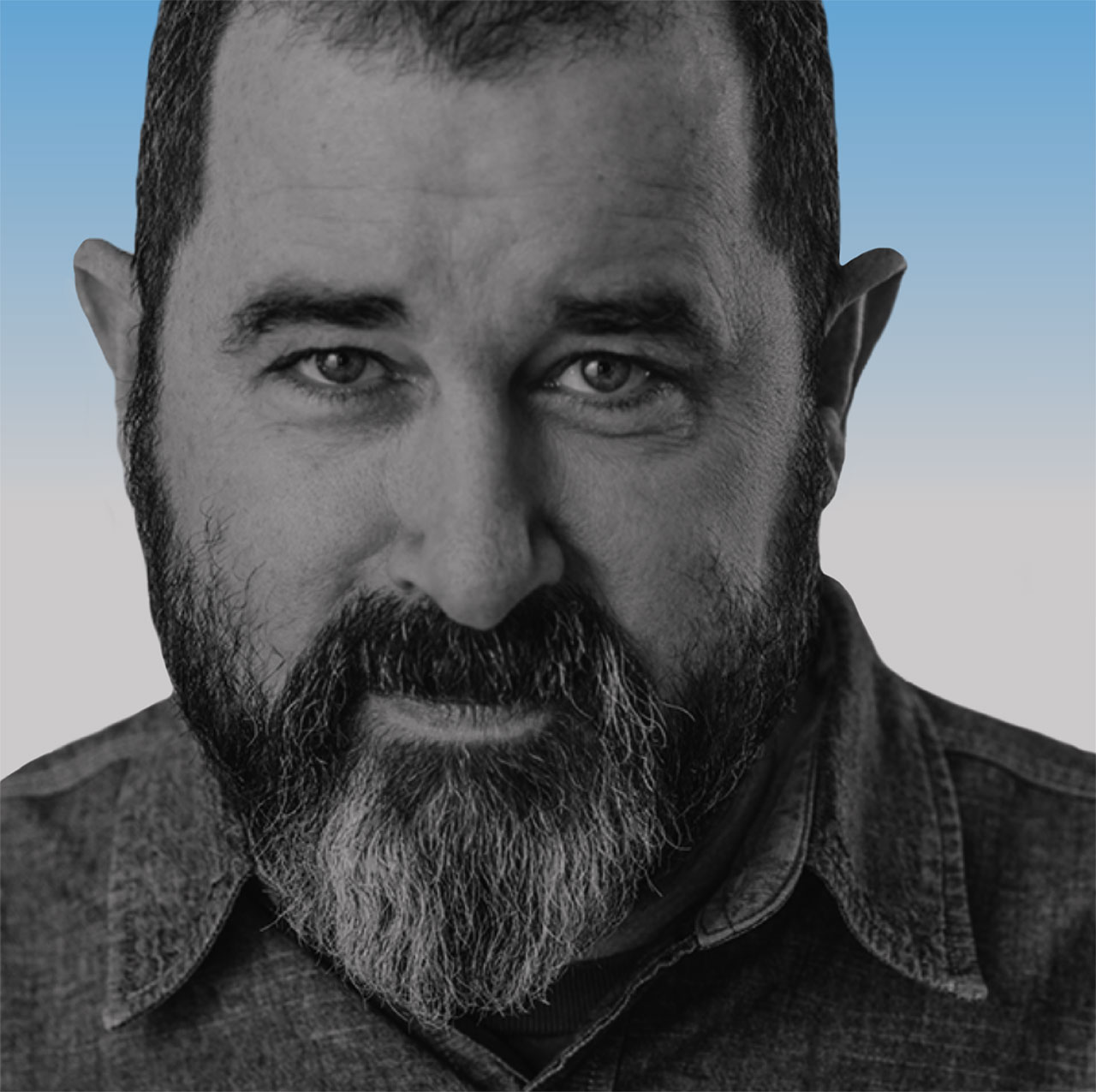 This edition of "2 Minutes With" is paid content presented by McCann, a supporting partner of the 2022 Clio Awards.

Over his 33-year advertising career, Gary Pascoe has worked at top agencies including TRG in Dallas, TBWA/Chiat/Day in Los Angeles and BBDO in NYC/Detroit. He is currently chief creative officer at Commonwealth//McCann, in Detroit, on Chevrolet.

Gary created the "Walter the Cat" campaign for Chevy, and brought the Sopranos to the Super Bowl for the Silverado EV. Earlier in his career, he created Pennzoil's "Not just oil, Pennzoil," Levi's "Our models can beat up their models", and worked on the "Yo quiero Taco Bell" Chihuahua campaign.

Gary, is married to Amy, lives outside Detroit, has two teenage boys, Deano and Dylan, and has a one-eyed cat named Ralphie.

We spent two minutes with Gary to learn more about his background, his creative inspirations, and recent work he's admired.

In the fifth grade I won a Detroit Free Press creative writing contest. A $25 grand prize!!! I wrote a story about our grumpy neighbors, the Herkins, titled "Every Neighborhood Has the Burpkins." I changed their name, but I didn't change it enough. I remember having to sneak onto their porch and steal the newspaper the day they announced the winner.

Early on, I idolized Chiat/Day's Lee Clow, and I still do. Apple "1984," the Energizer Bunny, Nynex, California Coolers, Yamaha, etc., etc., etc. Everything he did, I loved. Then, after a few years in the business, a miracle happened—my partner John Payne and I actually got the chance to work with Lee at Chiat/Day. Those eight years set the foundation for my entire career. I learned so much; it was a master class in creative advertising. He forced us to simplify things down to the most pure, compelling idea. They say "Never meet your idols," but in this case that's not true. Lee Clow is absolutely everything he's cracked up to be. He's the real deal, unbelievably inspiring.

When I studied advertising at Michigan State University, the school was better at turning out great account people, strategists and media planners than creative copywriters. I had just one creative course, and I loved it. The professor of that course, an incredible guy named Jim Gilmore, told me I should look into the copywriting program at the Portfolio Center in Atlanta. He was the first person who saw some potential in me. I was smart enough to take his advice, I moved to Atlanta, and the journey began.

I'm a Detroit guy, so Detroit's musical history is a huge inspiration for me. From Stevie Wonder, Diana Ross, Smokey Robinson, Marvin Gaye, the Four Tops, the Temps, to the MC5, Iggy Pop, Alice Cooper, Aretha Franklin, Bob Seger, Madonna, Eminem, the White Stripes, Greta Van Fleet, Lizzo and even the Insane Clown Posse. Detroit is such a cool, eclectic, interesting place. I think the music really reflects it.

I think Peter Jackson's Beatles documentary Get Back is amazing. It's eight hours long, and I've watched it probably five times, which I know is a little crazy. To me, it's the best deep dive into the creative process I've ever seen. Watching John, Paul, George and Ringo actually create those songs we've heard for 50 years is incredible. It really shows that creativity is hard, it's messy, and sometimes you have to quit the band only to rejoin the band a few days later and have a concert on the rooftop. Really amazing stuff.

Andy Kaufman was kind of a fictional character, wasn't he? Talk about original, that guy was something else.

Rich Siegel is really interesting to follow. He always has an interesting take on things, i.e., the advertising industry, politics and life in general. His blog Round Seventeen is awesome. I also love Omid Farhang's podcast Talking to Ourselves. He's a great interviewer, and he talks to the most interesting people in marketing and advertising.

I thought the Covid lockdown was going to be devastating to our creative output, but surprisingly, the opposite happened. The last two years have been our best run yet, especially from an awards perspective. We figured out new ways to work, because we had to. Creativity is all about solving problems, and working during Covid was/is a huge one. Personally, I like being home with my wife Amy and our two teenage boys, Deano and Dylan. My dad wasn't able to be home with me during the workday, so I cherish it. I like my family, they're pretty cool.

I really enjoyed working on our Chevy Silverado EV Super Bowl spot, "The Sopranos." Everything just clicked. We worked with David Chase, the creator of the show. We worked with the original cinematographer, the original cast, the original locations. As a fan, it was an incredible experience to be part of that world for a little while. Plus, it was a simple idea: In the opening sequence of The Sopranos, we see Tony Soprano driving a 1999 Chevy. To demonstrate that the Electric Silverado is a next-generation vehicle, for a new generation of people, we had his daughter, Meadow, driving the new Chevy Silverado EV on the same journey, 22 years later.

I'm also really proud of the "Walter the Cat" campaign we did for Chevy. I love that it plays with the typical ingredients of so many truck commercials: a man, a truck, a dog. We wanted to disrupt that formula.

I really like the "Apple Pie Hot Dog" project we did as well. Chevy has such a rich history, it's fun to reimagine it in a modern way.

I always really liked/respected the work that Gary Topolewski and Mike Stocker did for Jeep. It had such a strong POV, it was so identifiable, they really established the Jeep voice, and it still holds true today. They understood the brand, and it showed in the work. If you get the chance, check out "Snow Covered," "Hand of God" and "Frisbee." They're timeless.

I really like the Progressive "Don't Turn Into Your Parents" campaign, probably because I'm turning into my parents.

I really don't know, I've never had a backup plan. No plan B. I've always just been hyper focused on advertising. I remember once I had an interview in New York and the creative director said, "I really like your portfolio, but advertising can't be it, you have to have a screenplay, or a play you're working on, right?" And I said no, I didn't, all I wanted to do was advertising. I thought I screwed up the interview, but it was a trick question. He wanted someone who was completely committed to advertising, not someone doing it as a way to make money until their true passion panned out. Advertising is my passion.