On Cliff Freeman, BK's 'Confusing Times,' and his work for Colorado's CCS and DOA 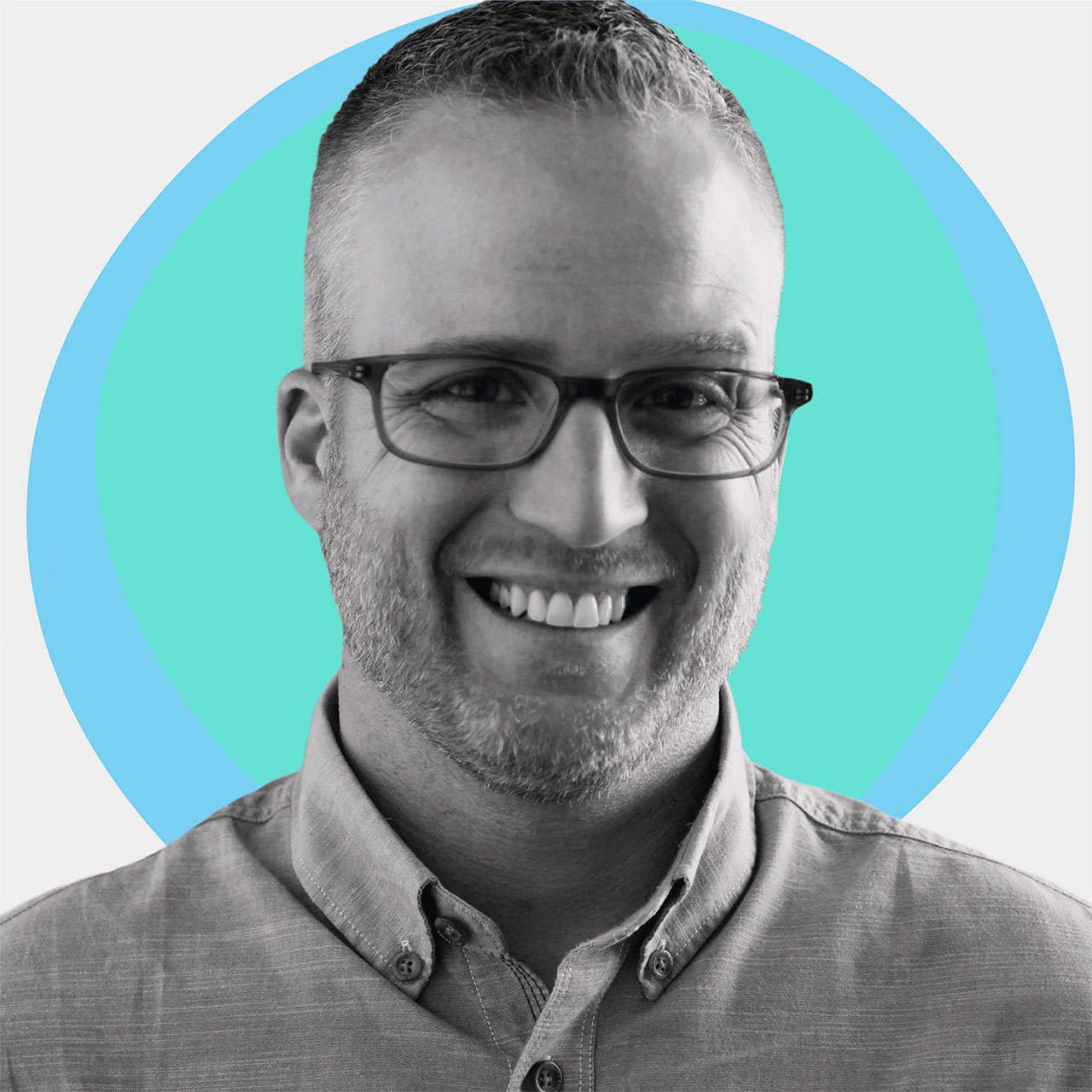 Brian Watson has been cultivating Cactus' culture of positivity, creativity and excellence for nearly 20 years.

He is an experienced marketing and advertising agency executive, VP, creative director, writer, teacher and speaker with a track record of strong strategic and creative concept development and execution. He’s worked on nearly every project and with every Cactus client since 2002 and brings his wit, creative problem-solving and love of metaphors to his work. More than just an ECD, he is a beacon of Cactus culture, encouraging everyone around him to do their best, always be improving, never give up, and to be fearlessly bold.

We spent two minutes with Brian to learn more about his background, his creative inspirations, and recent work he's admired.

I was born outside Chicago and lived there until my family moved to Colorado when I was 12. I've lived in Colorado ever since. I love Chicago dearly, but Colorado's home.

I don't remember how old I was, but I have a vivid memory from my childhood of my mom telling me, "You're very creative. You're a lot like your Aunt Pattie." As much as I remember her words, I remember the tone of her voice communicating, "You're not like the rest of us, but in a good way." Pattie is my mom's sister, who's always been known as the creative one of her siblings. Professionally, she's an accountant, but in her free time she's an incredible illustrator. I remember the first time I discovered the art studio in her basement. There were drawings everywhere, most of them Winnie the Pooh characters.

Steve Martin. I think he first captured my attention through his SNL skits. Then I discovered his stand-up, which was just so beautifully unusual. Then I saw The Jerk and realized the man is a legit comic genius. And he's an author. And a musician. His creativity and curiosity are boundless.

I began college as a kinesiology major with intentions of becoming an athletic trainer for a pro sports team. But majoring in kinesiology requires a lot of science and math classes, and it turns out my brain is allergic to science and math. My GPA plummeted. So much so that I was put on probation from my athletic training internship. Desperate to find a new way forward, I decided to take an advertising class on a whim. And here I am.

Laleh Mohmedi. She goes by @jacobs_food_diaries on Instagram. One of my beliefs is that limitations are creativity's best friend. Laleh limits herself to using food as her medium, and the art she's able to create through that medium is astounding.

Ted Lasso. Watching that show inspires me to be more kind, more empathetic, and more joyful.

I'd have a much easier time answering that question in a "20 minutes with" column versus a "2 minutes with," but I'll try to play along. I lost a friend to Covid, and my wife has permanently lost most of her senses of taste and smell to it. So personally, it's brought some new experiences of grief into my life. It's created new experiences for me professionally as well, many of them challenging, but it's also created the opportunity for our agency to show just how adaptable, empathetic and solution-oriented we can be in the midst of sudden, heavy change. And that's something I've been proud to see.

Our work for Colorado Crisis Services jumps to mind. CCS is Colorado's statewide behavioral health hotline. When the service first began, we developed a launch campaign that ended up birthing about four dozen unique executions that ran over the next five years. It was one of those projects where nothing came easy. From the development of the strategy to the development and production of the creative, it was a wrestling match the entire way, but our team was tenacious, and that tenacity paid off. 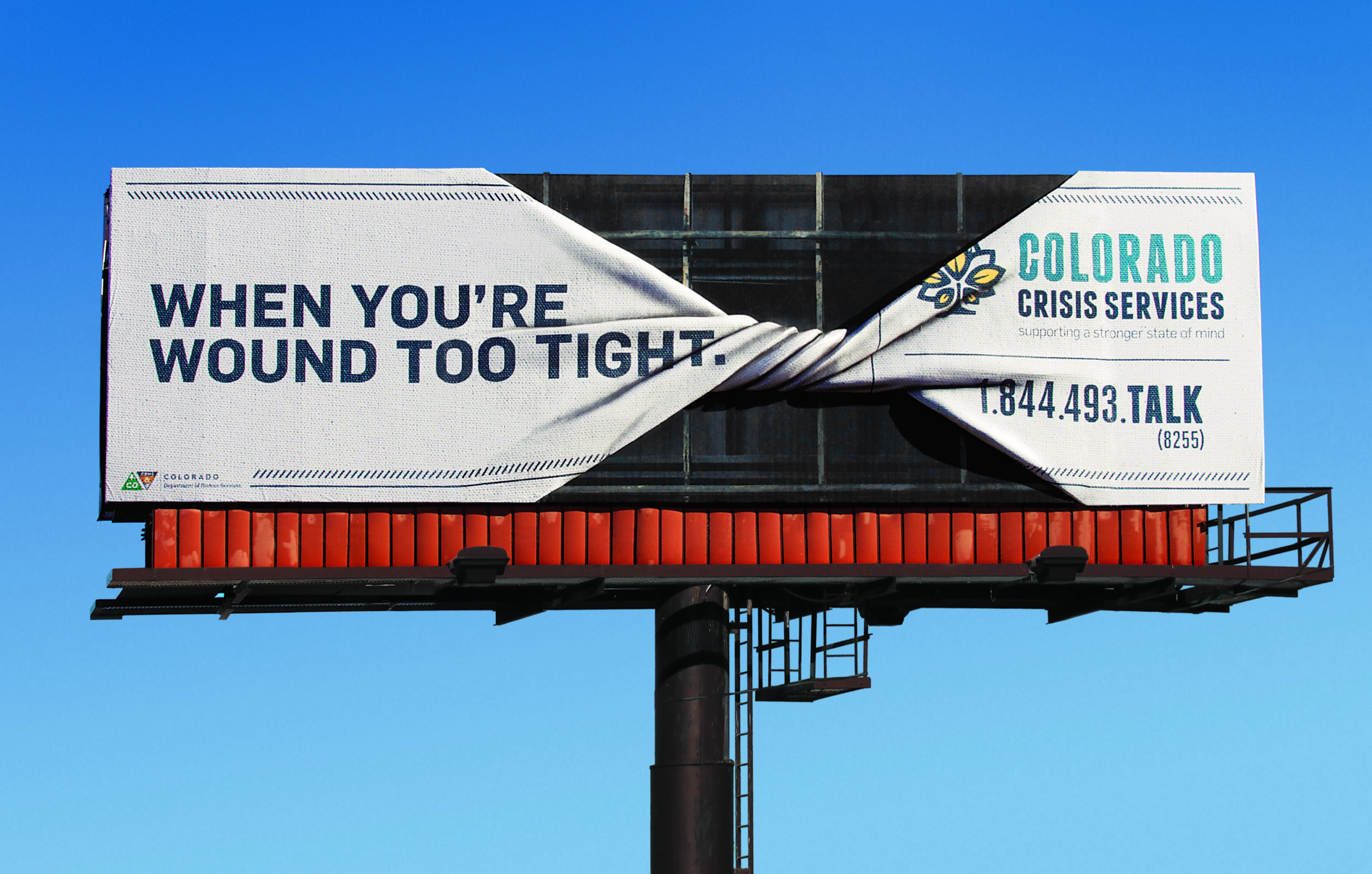 Our work for CCS led to an opportunity to partner with the Colorado Department of Agriculture to develop a campaign that helps address rising suicide rates in Colorado's farming and ranching community. As part of that campaign, we created a short-form documentary that tells the story of one family's loss of their patriarch to suicide. With the help of brilliant storyteller Dana Romanoff, and the incredible family who let us deep into their lives so that their story might have the chance to help others, we were able to create something tragically beautiful that just might have the power to save a few lives. Words can't describe how fulfilling it is to get to be part of projects like that.

Cliff Freeman. As a kid, I had no idea who Cliff Freeman was, but I knew a ton of his work. I basically grew up on his commercials for Little Caesars and Wendy's. Those spots, and the impression they made on me, are probably a big reason I ended up thinking it might be fun to go into advertising for a living.

Burger King's "Confusing Times" radio campaign that David Madrid created last year is some of the best radio work I've heard in a long time. The way those spots tapped into the shared human truth of that moment was not only insightful, hilarious and perfectly executed, but it was such a brilliant way to set up their sell of the Impossible Whopper. Great radio spots make me happy.

Maybe it's having the ability to put myself in other people's shoes and see the world from where they stand. I guess that's a tool I use to help me think of problems, situations and solutions from a variety of viewpoints, and to develop ideas, copy and dialogue for different characters, voices and storylines. It's also a helpful tool when discussing and debating ideas. I always try to find the validity in the arguments and points of view that differ from my own, which helps give me a more 360-degree view of an issue or idea.

My first sip of coffee each morning.