On Audi, RumChata, Canal+ 'The Bear,' and becoming a mom during Covid 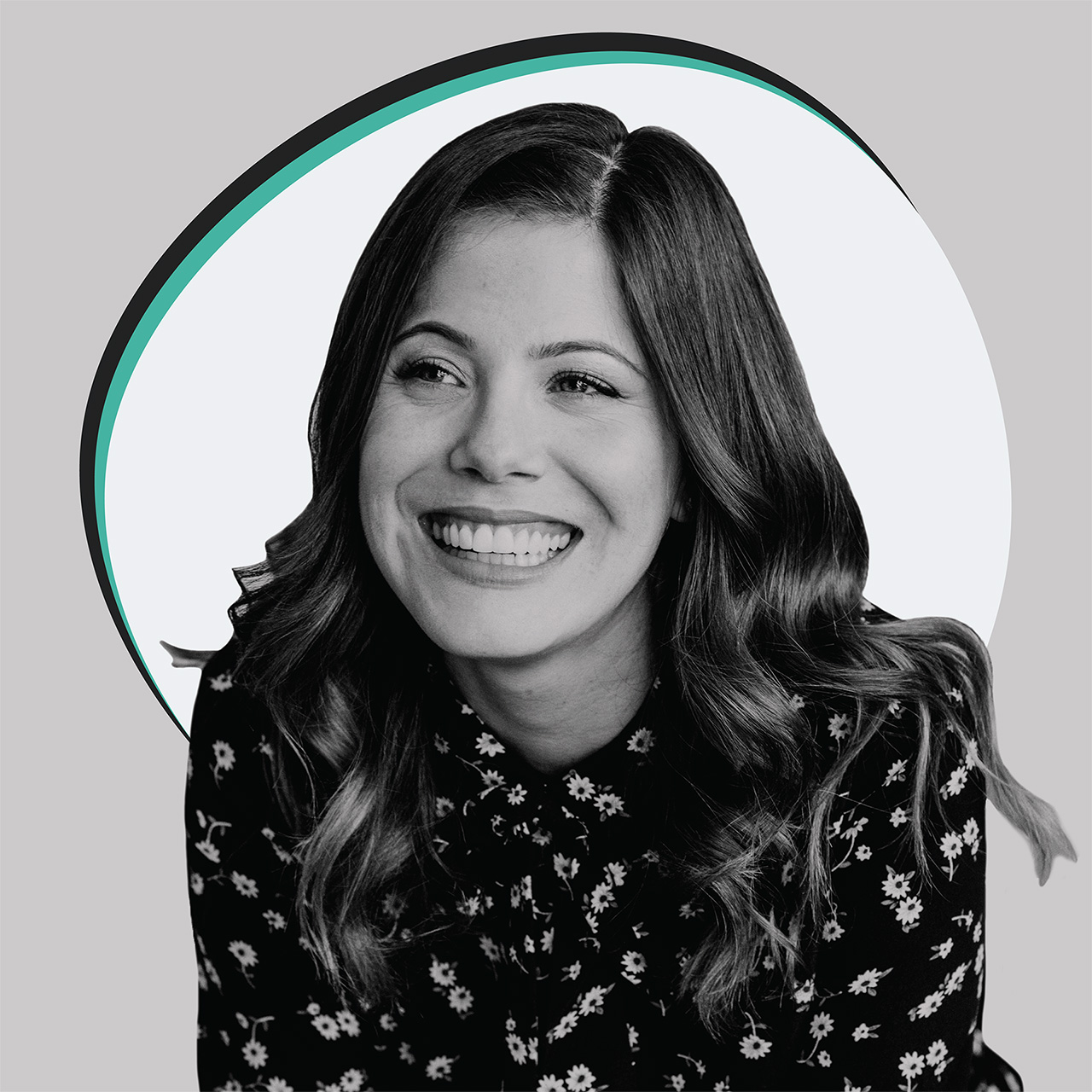 Aisha Hakim is an associate creative director at Preacher in Austin, Texas. Throughout her career, she has worked on iconic brands such as Audi, Reebok, 3M and the Coca-Cola Company. Aisha's advertisements have appeared in places ranging from the Super Bowl to Times Square and she has assisted in new-business pitches that have won her agencies the business of Fortune 500 companies.

We spent two minutes with Aisha to learn more about her background, her creative inspirations, and recent work she's admired.

I grew up in Laguna Beach, California, and now I live in Austin.

When I would spend more time designing the cover page of my school reports than actually writing them.

When I first started art school, I was really into David Carson. His work was unlike anything I'd ever seen. I loved how uninhibited everything felt, like suddenly the rigid rules of design were just tossed out the window, yet it worked perfectly. I failed a lot of art school assignments trying to replicate his style.

I was a mediocre student but always shined in art classes. Art was an area where I could, for once, compete. And while my friends and peers were preparing and applying for college, I didn't really know what my fate would be. It felt like I didn't have a future ahead of me. It wasn't until someone brought up the idea of being a graphic designer that I even knew that a creative career was an option. Eventually I found my way to advertising, but I genuinely don't know where I would have ended up without that suggestion.

While I was working at Venables Bell & Partners, there was a young woman in our intern program named Flo Ngala. She was a photographer from Harlem and clearly too talented for traditional advertising, which is what I told her when she came to me asking how she could build an "art director" portfolio. She went on to photograph some of the most massive cultural icons of the last few years, from Cardi B at the Met Gala and features on Stacy Abrams, to shooting a global campaign for Nike. Flo's ability to reach for the stars—and touch them—has been inspiring to witness.

I'm currently reading Lost in Summerland by Barrett Swanson, which is a collection of essays inspired by and about the author's travels around the United States. I absolutely love his writing style. He has this way of pulling you in, making you feel like he's talking directly to you, as if this is a side conversation you're having with a person at a party who is way, way smarter than you. He often uses metaphors and words I don't understand, but that's sort of the fun of it. It's a style I can aspire to in my own writing.

Is it uncultured to say Elle Woods from Legally Blonde?

If you're not following Dionne Warwick on Twitter, you are doing yourself a disservice. She has become one of the funniest, most interesting accounts on Twitter who is constantly keeping her content fresh and relevant.

Before Covid, my life revolved around work and growing my career. Being a woman, that meant feeling like I had to wait until I was more established to have kids. I would think things like, "once this project is over" or "once I've started a new job," or "once I've proven myself." But Covid put what was really important into perspective. I stopped worrying about how having a baby would affect my career and started thinking about when I felt it was the right time for me. Now I have a 6-month-old and, guess what? I am still growing my career and making work I love. The two aren't at odds, as I had thought.

My favorite creative project has to be the spot "Driverless" we shot for Audi when I was at Venables Bell & Partners. We were lucky enough to shoot with I, Tonya director Craig Gillespie, who—fun fact—started out as an art director in advertising himself. He totally let me nerd out and ask him all about the creative decisions he was making and why. I learned so much on that shoot and couldn't be more proud with how it turned out. Sometimes I'll go back and watch it and think, "I can't believe I was able to produce this."

We just finished Preacher's first work for the RumChata, launching the platform "Have Your Unusual," which I couldn't be more excited about. This work is a big stylistic shift for me. Usually I live in this earnest, more serious world. The RumChata work is bright, fun and doesn't take itself too seriously. It's always a good day when you get to create something that is different from your usual (no pun intended). I also love that it doesn't look like anything else in the spirits world right now. I think we've seen enough work of hot millennials being cool together.

I can literally tell you where I was the first time I saw Canal+'s "The Bear," created by Paris agency BETC, because of the effect it had on me at the time. I was fresh to advertising, without a sense of what "great work" looked like. That spot just blew the door wide open for me in terms of understanding the types of stories we can tell in this job. For me, it has it all. Big budget, humor, drama, with a perfect—yet satisfying—twist at the end. I'll often go back and watch it when I'm feeling stuck or uninspired.

I've been loving the Fisher Price work from Wieden + Kennedy. It resonates for the same reason Pixar movies do—the work is aimed at kids but smart enough for adults to enjoy as well. The print is especially insightful and there's something to be said for not just going the easy route. They easily could have gone with work that was cute and interesting to look at, yet surface level. I love that they kept it smart.

The chip on my shoulder, because it gives me that extra drive to push myself to be the best creative I can possibly be.

The chip on my shoulder, because it's difficult to be kind to yourself when things don't go your way.

I have no idea. I have no other talents. I hope I would have eventually found my way to something else creative.