Plus her early, formative love of SportsCenter 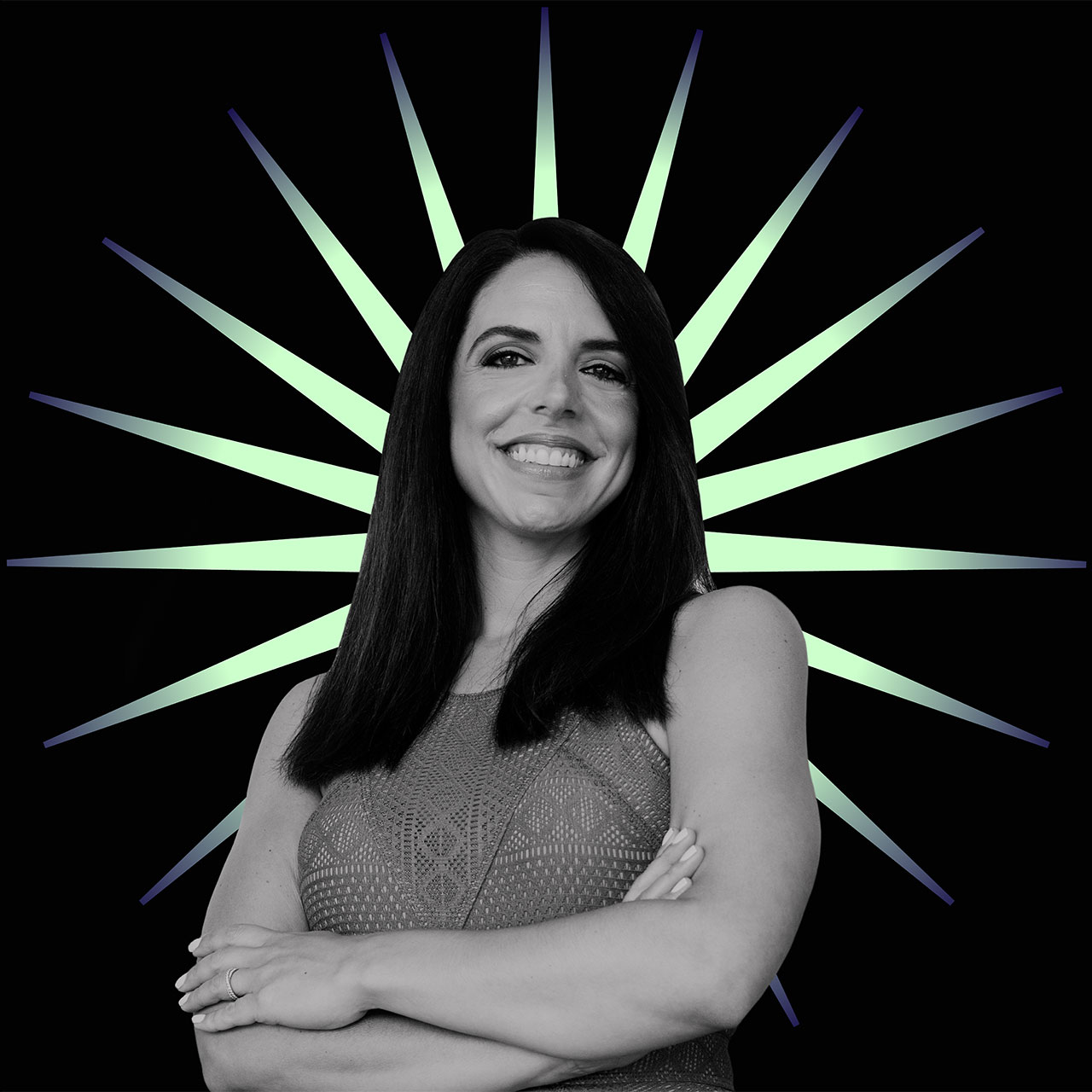 Carrie Brzezinski-Hsu is vp and head of ESPN CreativeWorks and ESPN Multimedia Sponsorship Integration, as well as vp of the newly created Disney CreativeWorks. She leads the in-house creative and production agency at ESPN developing sports creative and branded content.

CreativeWorks is made up of creative directors, designers, digital developers, writers, producers, editors, project managers—over 40 passionate sports fans themselves. Brands turn to CreativeWorks for big ideas, smart content integrations, fan insights, league relationships and access to athletes to build content that natively integrate into the ESPN platform on every device.

Carrie lives in Los Angeles with her husband and 15-month-old, and is a DJ by night. We spoke with her for our Time-Out series, where we chat with folks in the sports world about their favorite athletes, teams, sports movies and shows, and their love of sports generally.

Born in Detroit, grew up in northern Michigan, and live in Los Angeles now.

Circa 1989, walking with my mom and dad through the Palace of Auburn Hills in the minutes before my very first professional sporting event—a Detroit Pistons game—walking by "The Spider" John Salley. My dad casually says, "Hey John," and he replies, "Hey man," and I freak out that my dad knows John Salley. My dad turns to me and signals me to play it cool. That lesson has served me well on the countless times I've been on set with my sports heroes, even though I kinda couldn't contain myself when I met Barry Sanders.

Michigan Wolverines. It's my alma mater and also because Wolverines football/The Big House is the BEST live sports experience, hands down. Better and bigger than any Super Bowl (even if my Detroit Lions ever made it to the Super Bowl).

Detroit Lions. Not sure why but I keep coming back for more. Actually, I know why. I've invested so much fandom that it's too late to go back. I want it to be known that I haven't given up IF they ever compete in a Super Bowl … or even the playoffs again.

Detroit Pistons. I grew up in the Bad Boys era. Period.

Detroit Red Wings. I grew up in northern Michigan (Alpena, Mich.) and we were a hockey town, coupled with every summer the Red Wings came to town to play a softball game. I don't even know why or who made that happen but it was an intimidate setting where we got to meet the players afterwards and I felt sooooo cool.

Detroit Tigers. Going to games with my Grandpa John and watching the Tigers win the 1984 World Series in our living room, as a 6-year-old, witnessing my dad freak out the entire series. Every game I would ask him, "Is this the game where they pour the champagne on each other?"

Barry Sanders. I loved watching him. He gave me hope as a Lions fan. We had THE best running back in the league on OUR team and that wasn't debatable. That gave me such a sense of pride. My dad always said, "Barry is a class act," and I loved observing his sportsmanship, too.

SportsCenter. Not because I work at ESPN but because SportsCenter is what inspired my career at ESPN. As a 5th grader, I remember watching SportsCenter with my dad and telling him, "One day, I'm going to work there." Sports was one of our connections, and I loved having that routine with him each morning. I also realized my daily download of sport scores and highlights opened up conversations with the boys at school! That all fueled my passion for a career in sports and specifically my desire to work at ESPN. While I'm not ON SportsCenter, I've worked on the property and it's truly been a dream come true.

A League of Their Own because of the all-star cast of women playing in the major league. Recently I added a runner up with The Last Dance. What made that special for me, beyond the incredible storytelling, was living through that era as a Pistons fan and also working on the State Farm campaign that ran in the docuseries. Fandom meets career.

The Last Dance x State Farm campaign. As one of the founding leaders of ESPN CreativeWorks, it was our goal for 10 years and to this day to create commercials that sports fans enjoy watching. This project was the ultimate expression of that mission. For that reason, and how it got created, I couldn't be more proud. So, HOW did it get created? State Farm signed on for a co-branded commercial tied to their sponsorship of ESPN's highly anticipated The Last Dance, the untold story of the Chicago Bulls' dynasty through the lens of the final championship season of 1997-98. Our team was going down the road with one idea when Covid-19 hit and plans for a live-action production immediately changed. On top of that, due to the decline of live sports, the docuseries moved up from June to April. The team immediately went to work (remotely) and came to a solution better than the original plan—one that lighted the production load and felt like it was actually part of the doc by using '90s SportsCenter footage from the ESPN archive.

The magic came in the script and facial mapping technology that had Kenny Mayne, who has been with ESPN since the '90s, predicting that ESPN would one day make this documentary, there would be a thing called a "butt fumble," and that this would be a State Farm commercial.

Fun fact: The spot had actually been running on ESPN for a week prior to the premiere of The Last Dance, but Twitter blew up when it ran during the doc, proving the power of contextually relevant sports advertising. Fans tweeted how they did a double take in the last seconds of the spot when they realized they were watching a State Farm ad. As a result of fan response, State Farm wanted to go for a repeat. It was another hustle to find the perfect '90s SportsCenter footage, this time with Keith Olbermann and Linda Cohn. We wrote Keith's lines specifically about Jackson's future after the Bulls, to align the ad with the last climactic final episode of the doc.

Nike's "You Can't Stop Us" campaign because of their consistent ability to drive compassion and change around cultural moments through the power of sports. I also appreciate the time and determination it took to find the absolute perfect footage to tell the story so beautifully. We did our version of "footage finding" for the State Farm Last Dance campaign and this alone is a creative challenge that requires perseverance.

Sports' ability to continually build human bonds through shared experiences: hope for a winning season, disappointment of a trade, frustration around a bad call, despair of a last-second loss, awe of a record-breaking play, elation for championship title, respect for our sports heroes who stand up for change. Sports reminds us that we are in this world together, especially in times like now, when it can feel so isolating.

It's hard to imagine, but if I have to answer, I'd be a full time DJ.