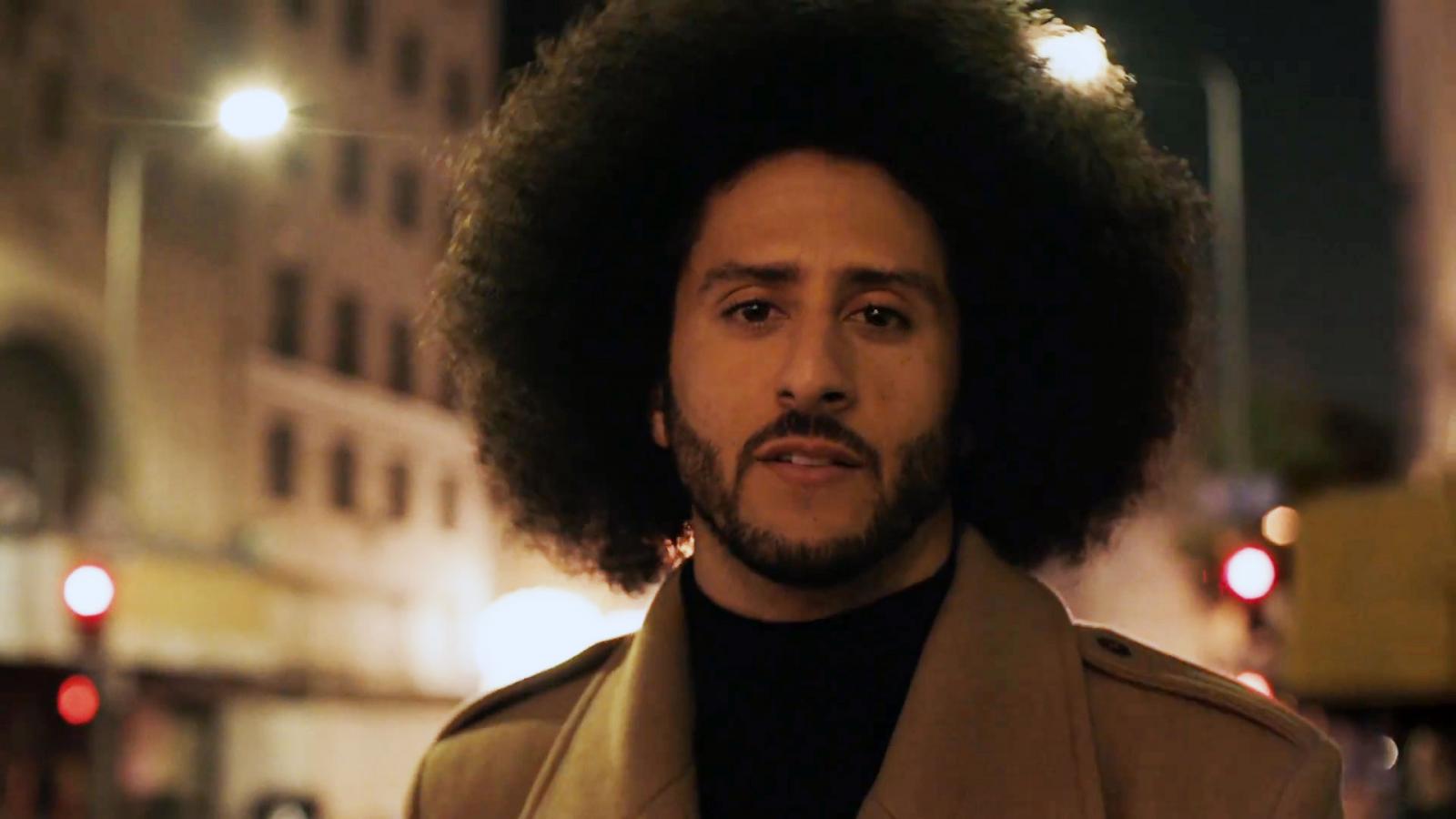 The print ad was just the beginning

Here's to the crazy ones.

The incendiary Nike print ad with Colin Kaepernick, unveiled Monday, was just the beginning of a huge week for Nike. We were also promised TV work featuring the former NFL quarterback, and here it is—with an added bonus that only becomes evident toward the end.

The theme is craziness—and, taking a page from Apple, how the crazy ones are the ones who change the world. See the two-minute spot here:

That's right, Kaepernick not only appears in the spot—in a perfectly slow reveal halfway through—he also narrates it as well. "Don't ask if your dreams are crazy. Ask if they're crazy enough," he says onscreen at the end.

The spot, by Wieden + Kennedy, is part of Nike's 30th anniversary of "Just Do It." It will air during Thursday night's NFL season opener between the Falcons and Eagles, according to Darren Rovell.

It's packed with Nike endorsers, naturally, along with some lesser-known athletes. It's particularly great to see Charlie Jabaley in the mix—the guy from Georgia who created his own fan-made Nike spot this year showing how he lost 120 pounds and ran an Ironman after beating a brain tumor.

In the LeBron James section, the spot also touches on the point of Nike's deal with Kaepernick and its renewed drive into brand purpose—that some things are bigger than sports, and are worth supporting because of it.

See the full copy of the voiceover below. "Don't believe you have to be like anybody to be somebody" is a particularly lovely line.

Nike | Dream Crazy
If people say your dreams are crazy
If they laugh at what you think you can do
Good
Stay that way
Because what non-believers fail to understand is that calling a dream crazy is not an insult
It's a compliment
Don't try to be the fastest runner in your school
Or the fastest in the world
Be the fastest ever
Don't picture yourself wearing OBJ's jersey
Picture OBJ wearing yours
Don't settle for homecoming queen or linebacker
Do both
Lose 120 pounds and become an Ironman after beating a brain tumor
Don't believe you have to be like anybody to be somebody
If you're born a refugee, don't let that stop you from playing soccer
For the national team
At age 16
Don't become the best basketball player on the planet
Be bigger than basketball
Believe in something, even if it means sacrificing everything
When they talk about the greatest team in the history of the sport, make sure it's your team
If you have only one hand, don't just watch football
Play it
At the highest level
And if you're a girl from Compton, don't just become a tennis player
Become the greatest athlete ever
Yeah, that's more like it
So don't ask if your dreams are crazy
Ask if they're crazy enough