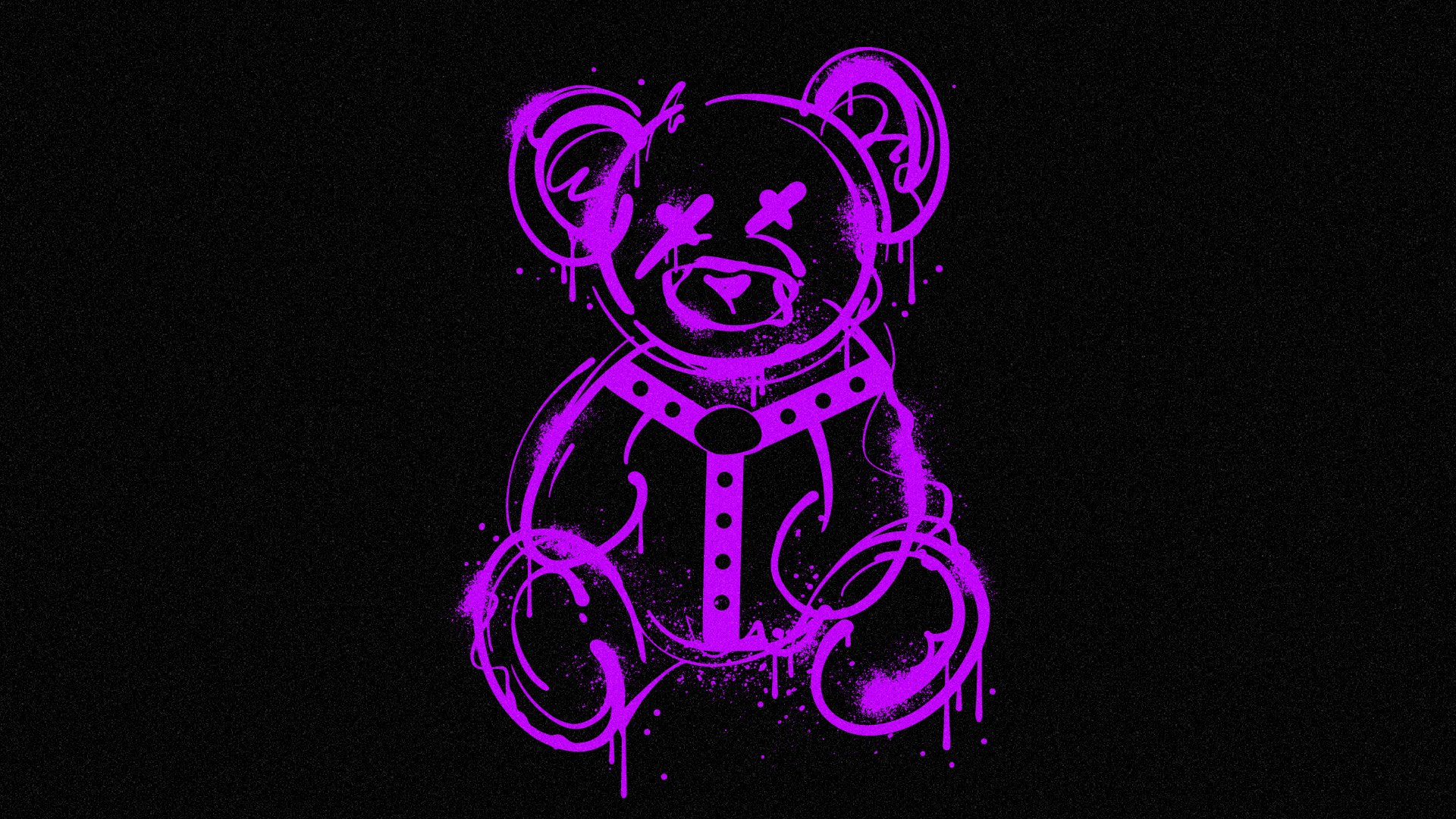 Fashion house Balenciaga has spent more than two weeks facing a tsunami of backlash over their holiday campaign, which depicted young children holding the brand's "plush bear bags," which appear to be wearing S&M-style harnesses.

On Tuesday, Nov. 22, the brand took to Instagram with the statement, "We sincerely apologize for any offense our holiday campaign may have caused. Our plush bear bags should not have been featured with children in this campaign. We have immediately removed the campaign from all platforms."

But how did they get there in the first place?

Months of planning go into a shoot before a camera even comes out of its case. At any stage, any one of the dozens of people involved could have flagged concerns over the concept and mature subject matter.

So, who's to blame for this work seeing the light of day? That's a circular argument that's been going since Nov. 20, when this story was first picked up.

Just two days later, Balenciaga released their apology and "removed" the photos. Despite this, media shares peaked the next day. And at the time this article was written, the photos had been shared over 99,000 times and reached audiences in the U.S., U.K., Canada, Mexico, India, France, South Africa, Spain, Australia, Brazil, Argentina, Italy, Germany, the Netherlands, Colombia, Malaysia, Vietnam, Indonesia, Greece and Nigeria.

From these social shares, impressions have reached over 331 million. Many shares have featured hashtags, which, though added by outraged people heaping shame on the brand, have actually made the photos more easily accessible to potential predators searching for related terms.

All this outrage and debate is over a few images of children holding handbags.

So where's the outrage for the 85 million pieces of child sexual abuse material (CSAM) found in 2021 alone? And what about the fact that this number represents a 30 percent increase in CSAM compared to the previous year?

Where's the debate about how to protect the millions of survivors around the world who experienced this abuse alone, as children? And who live with its online proliferation to this day?

I'm sure the team at Canadian Centre for Child Protection (C3P) would love to know.

C3P is a national charity dedicated to the personal safety of all children. For the past five years, our team at No Fixed Address (NFA) has teamed up with them to bring long-overdue and much-needed attention to their fight against the online spread of CSAM.

Together, we've endeavored to spur global leaders, citizens and tech companies to action with attention-grabbing initiatives like the films "Happy 15th Birthday, Twitter" and "Unwanted Followers," and this summer's "Unwanted Film Fest."

But while our strategic initiatives have succeeded in capturing eyeballs, sparking long-overdue conversation and generating thousands of signatures endorsing and calling for change, the reaction to our work is dwarfed by the global wildfire that was, and is, the social reaction to and coverage of Balenciaga's short-lived Christmas campaign.

This global reaction to Balenciaga's campaign is proof that the world recognized the problem with the images immediately. Every person who tweeted or covered the campaign knew these images were wrong the moment they saw them and were compelled to speak out. So, why don't we, as a society—and even as an industry—talk more routinely about the ongoing online spread of CSAM?

The unfortunate truth is, it's easier to react to a brand's misstep than call out a dark cultural truth. A truth that is accessed through technology we use every single day. The very technology people used to break this story.

CSAM is a conversation nobody wants to have. It's an idea that's too dark for many of us to comprehend, let alone face and talk about. But it's a reality C3P faces every single day. This small team in Winnipeg, Manitoba, works tirelessly for survivors around the world and fights every day to help stop the global spread of CSAM.

Yes, they have partners and agencies like NFA who stand beside them in this fight. Sure, world leaders and legislators hear their pleas. But every so often, something happens that lets them join a difficult conversation, rather than fighting to start one.

Balenciaga's campaign is one of those things. People were and are outraged by it. The dark material featuring children is parallel to what C3P fights every day. I couldn't have written it better myself.

But I try to. Every day. For five years, NFA has worked with C3P to bring this conversation and fight to the cultural forefront. That's where it belongs. Not just for a couple of weeks because a brand screwed up, but because it's a deep-rooted cultural problem that needs to be talked about. It's the only way we'll fix it.

But we need major media to step in and amplify the conversation before anything is fixed. U.S. media has perhaps the greatest reach in the world, but has been particularly quiet. We invite them, as global leader, to join in on the global conversation.

But until they do, thank you, Balenciaga, for illustrating so adeptly what C3P and NFA have been saying for years. You gave a masterclass on how CSAM spreads online. You didn't know you were doing it, but you did. We hope you've learned something. 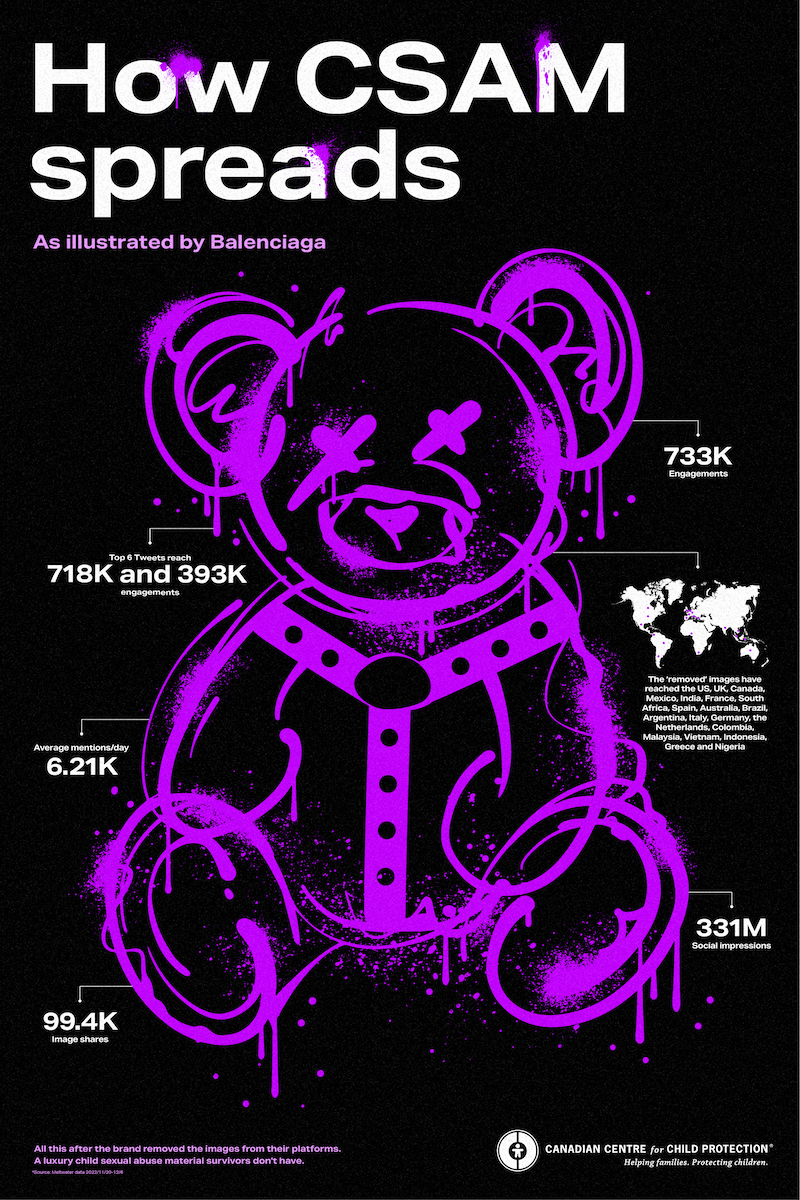 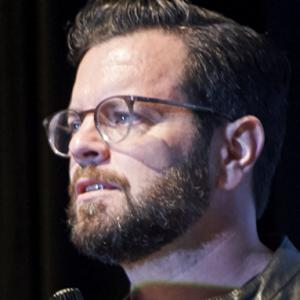 Trent Thompson
Trent Thompson is VP, creative director, at Toronto-based agency No Fixed Address Inc. The agency has been working with C3P for the past five years.
More from Trent Thompson