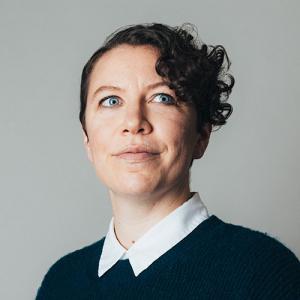 Kendra Eash is partner and creative director at And/Or, a design and production studio based in Brooklyn known for bold, clever branded content, motion design, and animation.

Her humor pieces have been published online by The New Yorker, McSweeney's Internet Tendency, GOOD Magazine and TIME. In 2014, her satirical script for  "This Is a Generic Brand Video" was made into a video by the stock company Dissolve to wide acclaim across the Internet, including praise from Gawker, Creative Review, Buzzfeed, and NPR. In 2016, Dissolve commissioned her to write a follow-up piece, "This Is a Generic Presidential Campaign Ad," a piece that even Republicans thought was funny. In 2017, she wrote a third video produced by And/Or, "This Is a Generic Millennial Ad." Collectively, the three pieces have garnered over 2 million views on YouTube and 1 million views and three staff picks on Vimeo.