Showcasing the only actor you'll ever need 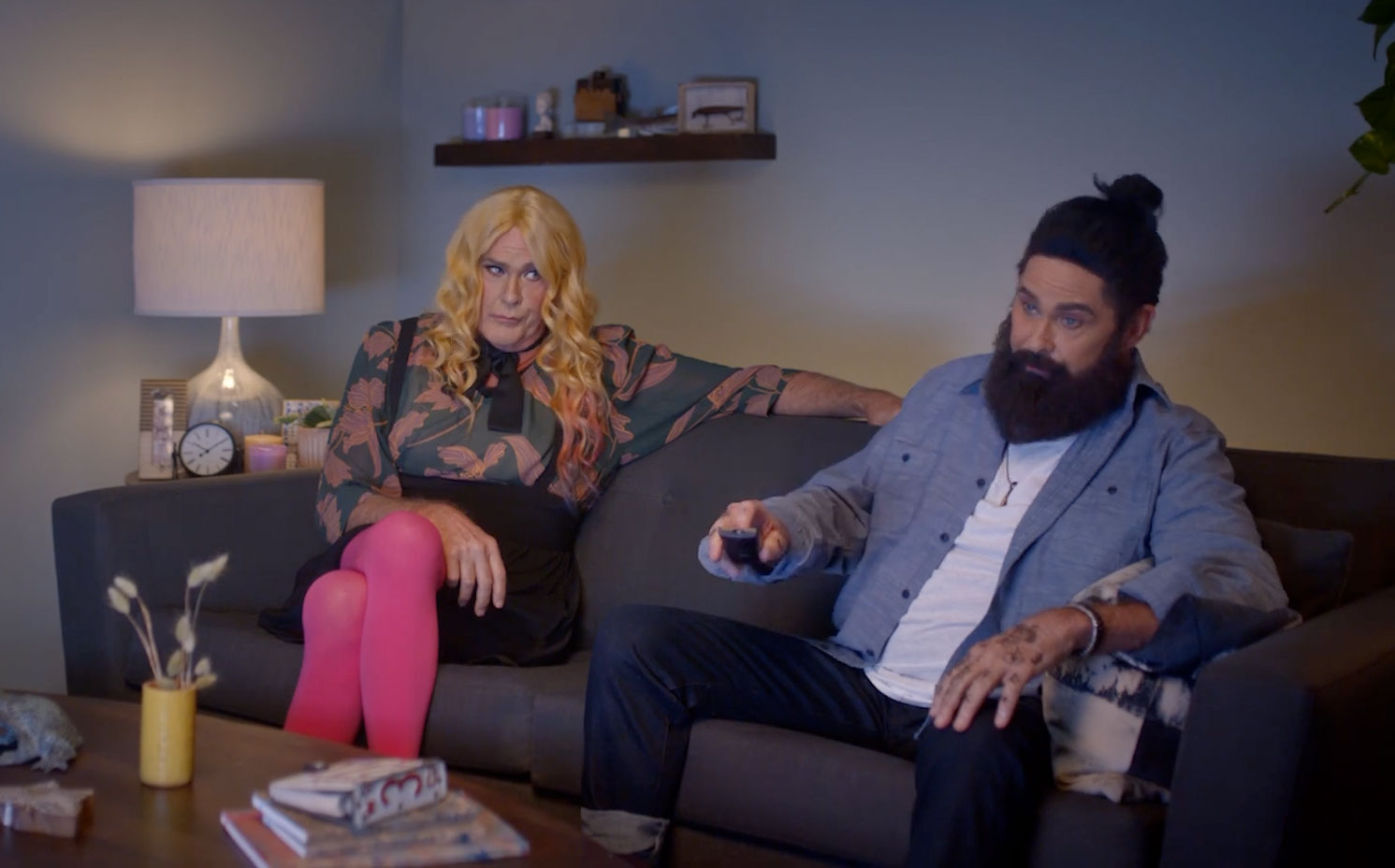 In this short film from Pluto TV, David Hasselhoff plays every role, appearing as himself (hosting a shouty infomercial), plus:

• A bickering couple surfing for stuff to watch on the tube
• A proud poppa who sent his son to college with the cash he saved using Pluto's free streaming service—and the son, clutching a law degree
• A surgeon and his wide-eyed patient (try anesthesia next time!)
• A goateed golfer
• And an uber-intense hausfrau who finds her happy place with horror movies

That's nine Hoffs in 100 seconds! Is this the greatest ad of all time or what?

The man's earnest/unhinged delivery on lines like "All this only costs you free-ninety-FREE!!" and "Dial free free free free free … That's not a real number, because Pluto TV is FREE!!" are worth every penny they paid him to appear.

It's a grand, goofy follow-up to the schlocky star's equally crazed (and even more shouty) club DJ gig last month in this video-game spot.

"The Hoff was always our top pick" for the host role, says Fran Hazeldine, senior vp and marketing head at Pluto TV, a unit of Viacom CBS. "He's a TV legend who channels '90s nostalgia and internet-era relevance in equal measure. That retro-future quality is a perfect brand fit for Pluto TV, because we offer a huge range of classic and premium content, presented via a familiar live-guide experience."

Plus, he's David Hasselhoff. How can you go wrong?

"Originally, we planned to shoot David as the host and eight other actors for the character parts, but he suggested playing all of the characters, which we thought was hilarious," Hazeldine says. "The multi-Hoff concept also made total sense in a Covid production context," bolstering safety and streamlining workflow.

"We built a different set for each of David's roles, but they were all connected in a big circle on stage—like a series of dioramas," says Jonas & Co executive producer Hema Mulchandani. "We liked that David could walk from set to set, and we would see that all happen on camera. In fact, everything was shot on these sets rather than shooting any green screens."

"The biggest challenge was to make sure we had matching eye-lines, lighting continuity and precise planning on angles and blocking" as the crew filmed each of Hasselhoff's performances, Mulchandani says. "It was then put together seamlessly by our visual effects team, with some shots including as many as three Hoffs all at once."

As cool as Michael Knight.

Considerable prep went into each characterization. "Picture Hoff trying out golf clothes as we considered what kind of golfer he is. Definitely an 'aficionado,' maybe a dilettante living a life of luxury," Morganstein says. "Or imagine Hoff testing the Mom wig as we try out voices—realizing that maybe it's not a falsetto thing, that we can let the voice come from inside, not try to force a higher register. We discussed how to become each role and play it real, not as a parody, how to make each character as cool as Michael Knight, but cool in their own special ways."

Look, they're not Michael Knight cool, but Hoff delivers the goods in drag, on the links and chillin' on the operating table. Incidentally, Pluto doesn't carry Knight Rider, but there's a Baywatch channel with 11 seasons of shows, so surf's up 24/7, if that's your thing. (It's our thing!)

"For this specific video, we're aiming to reach ... millennials? Always!" Hazeldine says, "plus anyone older or younger who loves classic TV and advertising. An infomercial parody was the perfect vehicle to entertain and educate our audience, without taking ourselves too seriously. They're in on all the jokes, but ultimately they join us for a loving tribute to everything that was, and still is, great about TV—now accessible anywhere, anytime, for free, with Pluto TV."