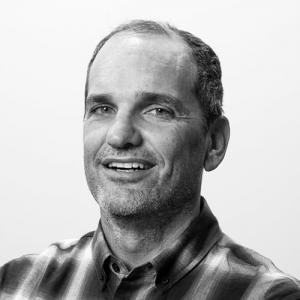 Tommy Means is founder and chief creative officer of Mekanism.

Tommy Means is a founding partner and chief creative officer at Mekanism, a creative advertising agency with offices in San Francisco, New York, Chicago and Seattle. He is also the co-founder of Apollo 51, a network of creative agencies committed to increasing diversity and inclusion in the advertising industry.

In his almost 20 years at Mekanism he has written, directed and overseen work that spans ad campaigns for digital, content, events and original content for documentary films and network TV. He has created award-winning campaigns for brands including MillerCoors, Nike, Apple, The North Face, GE, Pepsi, Method, Disney and 20th Century Fox.

Prior to starting Mekanism, Tommy was a Telluride ski bum, following a few years in Alaska as a fly fishing guide. Tommy produced the critically acclaimed feature film Surfwise: The Amazing True Odyssey of the Paskowitz Family. When not working on projects, Tommy enjoys surfing, skiing and mountain biking with his wife, kids and dog Herschel in San Francisco and Lake Tahoe.