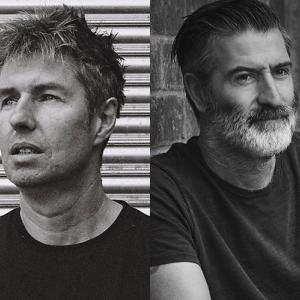 —With nearly 30 years of experience, global creative director of color grading Jean-Clément Soret is a great master of his art, having been awarded the British Arrows Craft Fellowship Award, presented to him personally by Danny Boyle.

A pioneer of color grading, Jean-Clément is globally recognized as an eminent figure in the industry. He began his career learning about film stock, processing, densitometry, as well as working with film color timers and colorists. His work with Stephane Sednaoui, Michel Gondry, Frederic Planchon, J.P. Jeunet and Darius Khondji got noticed abroad, and in 1997 he joined MPC as creative head of color grading.

As well as the coveted Fellowship, he is also a six-time winner of Best Colorist at the British Arrow Craft Awards. Jean-Clément has been voted best U.K. colorist five years consecutively by Televisual and was recently ranked their No. 1 VFX artist. Last year, he collected a Gold Arrow for his work on the whimsical spot for Lacoste "Timeless."

Further credits in his impressive portfolio include: Vodafone "Kiss," iconic John Lewis campaigns such as "The Long Wait," "Snowman," "Monty's Christmas," "Never Standing Still," "The Boy & the Piano" and "Buster the Boxer," Apple "Barbers," and the multi-award-winning Paralympics film "We're the Superhumans" for Channel 4.

His feature credits include Lynne Ramsay's You Were Never Really Here, T2 Trainspotting and Steve Jobs for Danny Boyle, Ron Howard's In the Heart of the Sea, and Justin Chadwick's Mandela: A Long Walk to Freedom and Tulip Fever. He has recently completed working on the five-part series with director Johan Renck and HBO for Chernobyl and Starz series for The Spanish Princess.

—Multi award-winning colorist Mark Gethin has been an instrumental creative force at MPC for the past 13 years. He started with the company in London, then moved to Los Angeles as part of the team that founded the studio in 2008. As creative director, he leads MPC's color grading teams in Los Angeles and New York.

He has worked with directors John Hillcoat and Adam Berg for over 15 years, and also counts cinematographers Linus Sandgren, Greg Frazer and Kasper Tuxen, and directors Lance Acord and Rupert Sanders, as frequent collaborators.

Mark has set the look and feel of many high-profile commercials, films and TV series. Recent highlights include Vanity Fair's 25th Hollywood Issue directed by Emmanuel "Chivo" Lubezki, multiple campaigns directed by Dante Ariola including BMW "Legend" and Hyundai "Next Awaits," the "I Am Easy to Find" film for The National directed by Mike Mills, Rupert Sanders' nostalgic Chevrolet campaign, and PlayStation "Bazaar," also directed by Rupert Sanders.

He has kept the bar high throughout his career, receiving a long list of honors. His work has won him numerous Gold Cannes Lions and a Grand Prix. He has won Best Color Grade at the U.K. MVA's for Mick Jagger's "Gotta Get a Grip" music video, he is a two-time British Arrows Craft Awards Colorist of the Year, and his work on Chevrolet "Tailgates" earned him an award for best color grading at the AICP Post awards.

Mark's leadership and creative excellence not only helped to build the L.A. studio but also are why color continues to be a driving force of the studio's success.