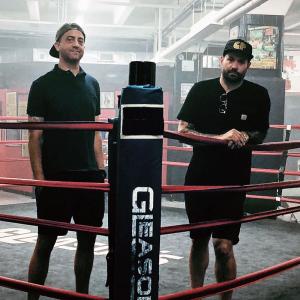 Michael Kuhn and Niles Roth, aka The Hudson Dusters, are directors represented by Greenpoint Pictures.

Michael Kuhn and Niles Roth, aka The Hudson Dusters, are directors represented by Greenpoint Pictures.

The original Hudson Dusters were an Old New York street gang who ran the west side of the city from the Five Points to Hell's Kitchen. Formed in the late 1890s on Bethune Street, the founders used their uncanny ability to commit crime to build the gang from a few members to over 200 deep. By 1910 they controlled the waterfront.

Since their first days directing AND1 Basketball Mixtapes on the streets and courts of New York and Brooklyn, Kuhn and Roth have channeled the rule breaking energy of their namesakes. The latter-day Hudson Dusters pride themselves on an "at all cost" approach to success. They cut their teeth on DIY production, often outworking their competition in the process. From early on they committed themselves to always delivering a refined and effective final product.

They believe that blood, sweat and tears are often shed to make the best work, and they have carried that early passion into their work today. Striving to create hyper stylized work that grabs the attention of the viewer with raw beauty, authenticity and originality. Michael and Niles are The Hudson Dusters of today.