This time, subscribers are the story 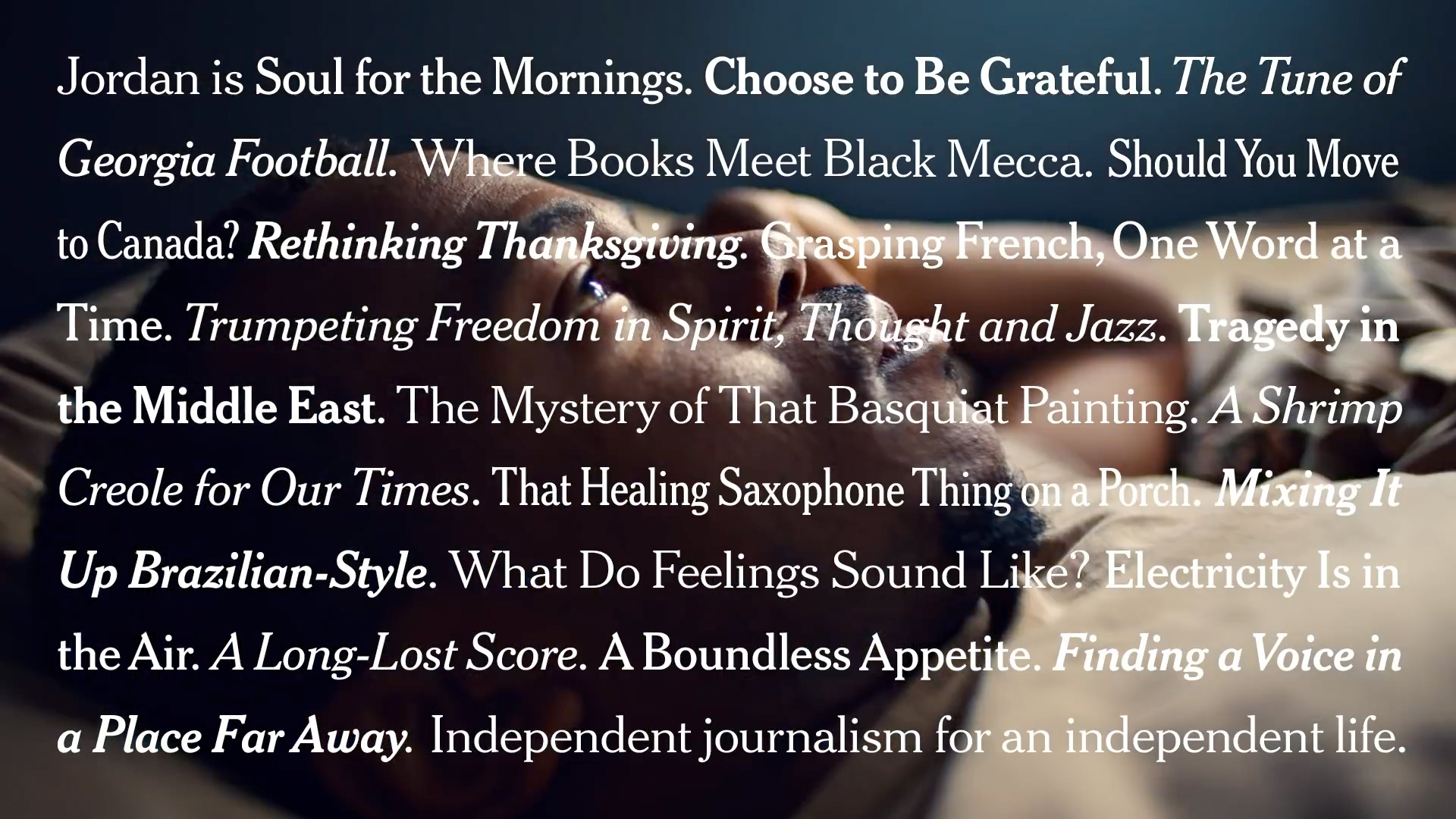 "We were really interested in the idea of filling a screen with a life, showing the richness, depth and personality of our subscribers through New York Times journalism."

New ads deploy actual NYT headlines and copy to explore its relationship with readers. (To some extent, this marks a change of focus for the client, which has memorably celebrated its reporters and the power of their truth-telling to inform the cultural conversation.)

In each case, the subjects—Jordan, Vera, Becky, Liana and Yassmin—provide the narration. Jordan's :60 features a jazzy score—Colin Stetson's "Spindrift"—recalling past NYT spots with compelling soundtracks.

Throughout, typed lines of text—such as "Choose to Be Grateful," "Rethinking Thanksgiving? and "Grasping French, One Word at a Time," for Jordan—provide insight into what makes these subscribers tick. They are what they read, and so much more. In fact, they're the Times' raison d'etre, fueling a symbiotic fusion of words, images, hopes and dreams.

"The film approach is deliberately dense to show how their lives and interests collide with their readership of the Times," Howell tells Muse. "Just like life, there are lots of layers, meanings and idiosyncrasies. So, the more you watch it, the more you learn and understand about the subscriber experience."

"We started out by making a few prototypes of the films and used these to explore how toggling between the world of the reader and the world of journalism might work," Treyer-Evans says. "We were trying to understand the kinds of images we would need to shoot if they were going to sit underneath a wall of text headlines."

The team then interviewed readers to learn how they interact with the Times every day. "We built their story around headlines that they'd read and subjects they expressed interest in, painting a picture of who they are," Treyer-Evans explains. "We wanted to capture simple moments that would immerse you in the readers' lives, showing how the Times helps inspire who they are in very personal ways."

The word-heavy technique lends itself to print and OOH elements. 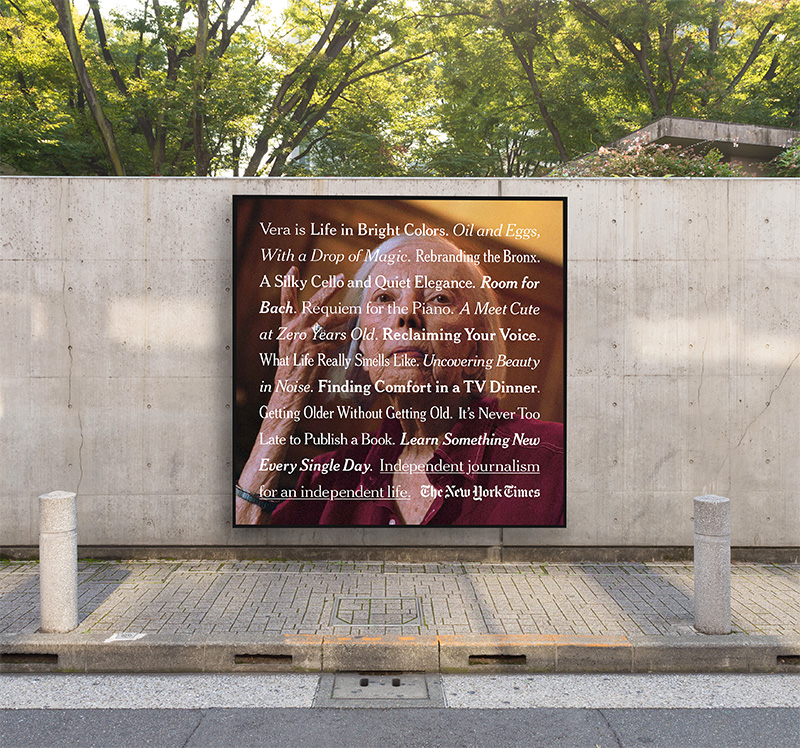 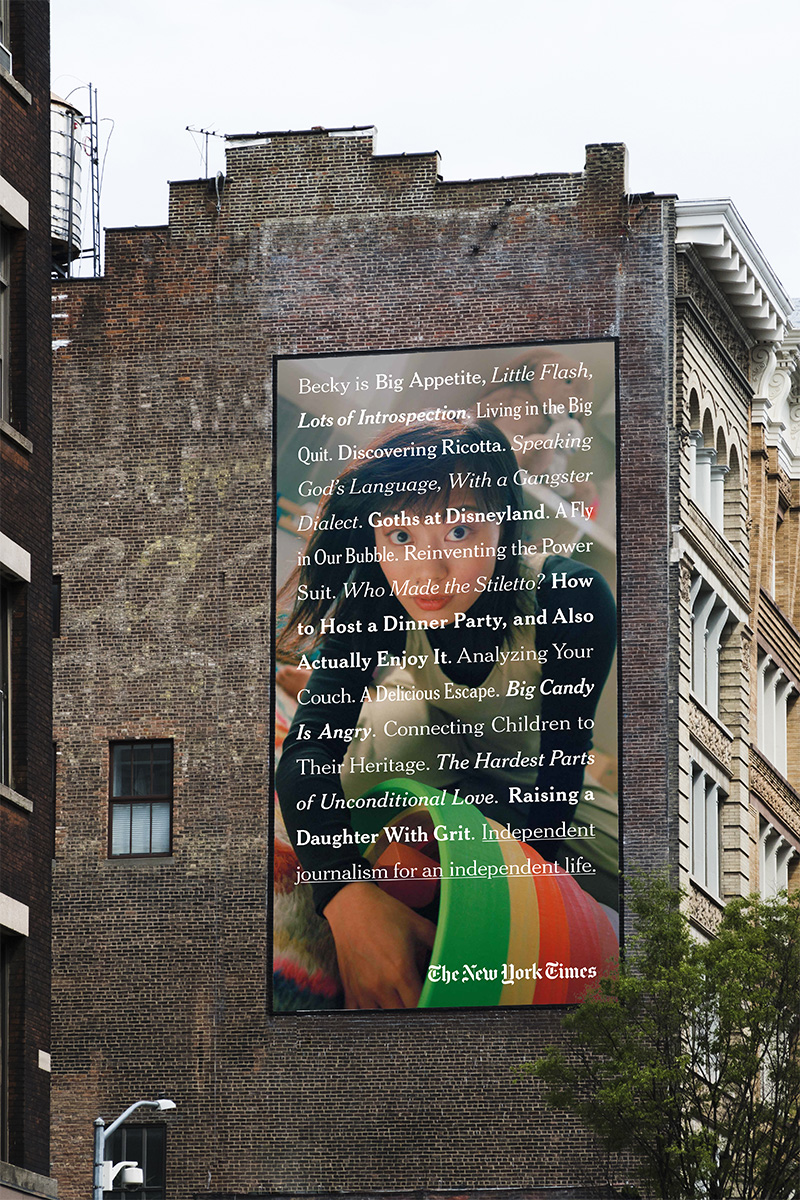 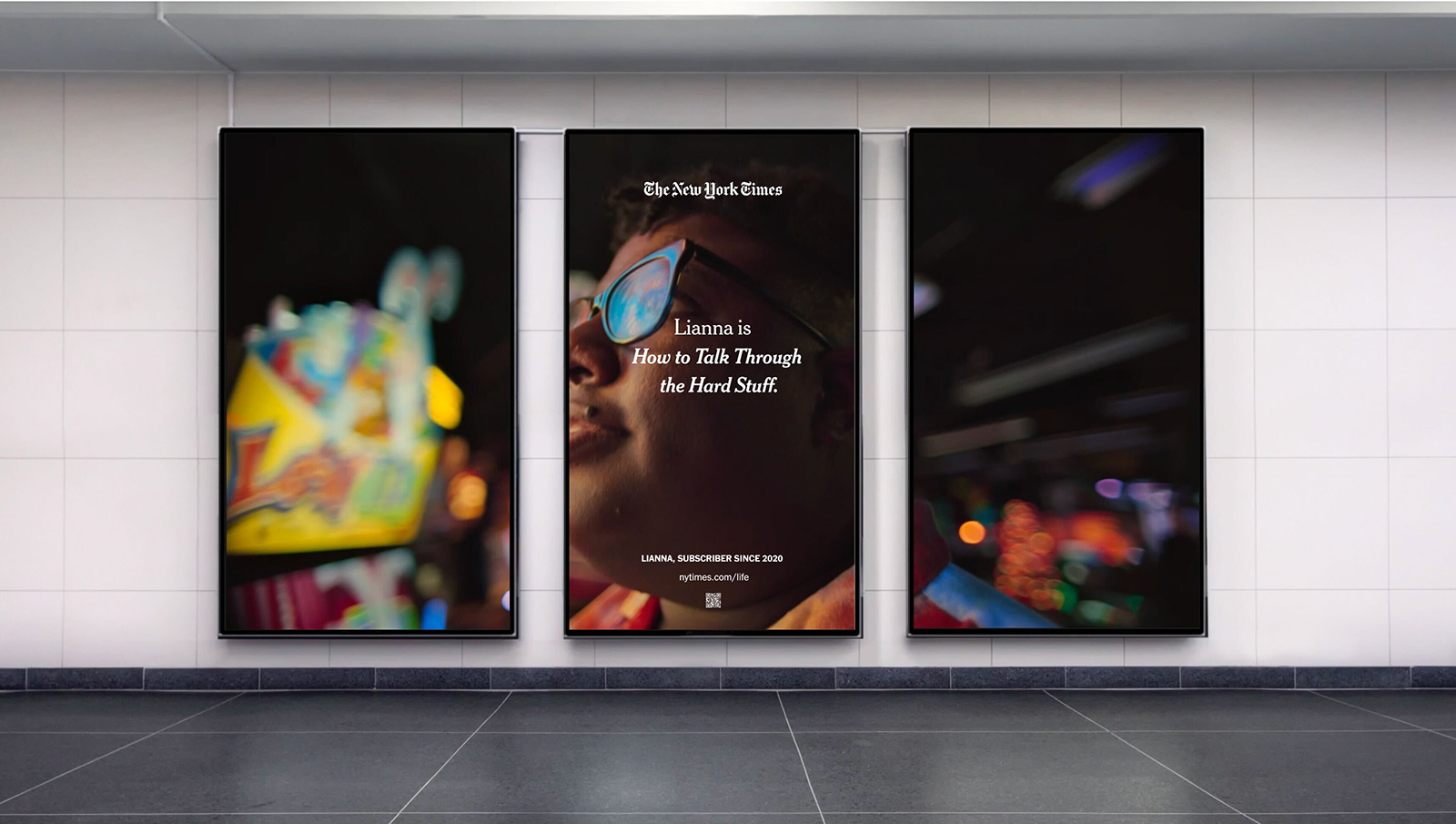 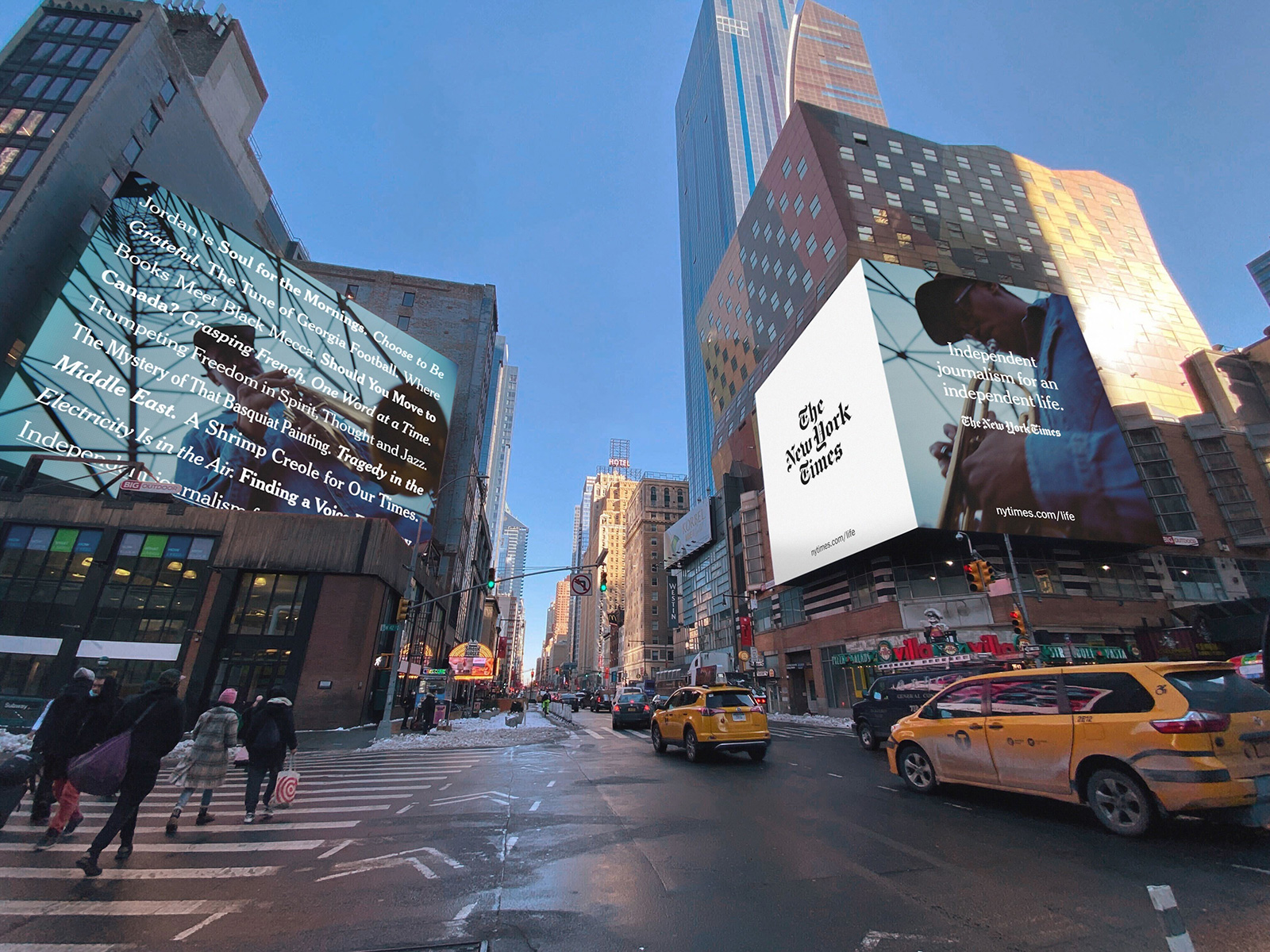 "This campaign is a natural extension of the work we've done previously," says NYT SVP and marketing lead Amy Weisenbach. "We're focused on illustrating why readers should care about quality journalism and convince them to subscribe."

Adds Howell: "The goal of all of our brand marketing is the same: to grow the number of readers who believe Times journalism is worth paying for. [Here] we've found a unique way of showing the independence and curiosity that our community has, and how these values are reflected in what they read."

The push arrives as the NYT enjoys a surge in subscriptions, propelled in large part by its recent acquisition of sports news website The Athletic. Having surpassed 10 million subscriptions—with about 90 percent coming from digital products—the company vowed to hit 15 million in the next five years. (The Times also bought uber-popular word-game Wordle a few weeks back, expanding its presence in the online entertainment sphere.)