Everyone loves it, whether they know it or not

Famed for its mildly subversive meta-advertising, BrewDog embraces the whole damn world in fresh work from Droga5 London, which cast the British craft brand as "The Planet's Favorite Beer."

This :90 celebrates the vast range of quirky humans who love BrewDog, but we don't learn why until the very end:

BrewDog | Beer for All

"It's not just beer for laughing hipsters, or clichéd father-son moments," begins the VO from comedian Julian Barratt. "It's beer for him. Her. Them. Beer for meat-eaters. Vegetarians. Vegetarians that lie. It's beer for tall people. Small people. People who believe in aliens. In God. In nothing. It's beer for happy couples. And unhappy couples. Browsers. Close talkers. Fake listeners. People with dogs that love them. People with dogs that sort of hate them. Shopkeepers. Shoplifters. Bad swimmers."

Quick cuts illustrate that litany, with the shoplifter unable to outrun the fuzz while our bad swimmer fails to surface in a public pool.

After presenting more examples—including "guys who can't wait for it to be warm enough to take their shirts off" and "Chiara Davis, who's working at a funfair until she figures out what she wants to do with her life"—Barrat concludes:

"Yep. Our beer is for everyone. Because we're the world's first carbon-negative brewery. And plant trees for every beer you drink. Making it a better world for everyone who drinks BrewDog … and even those who don't."

Along with TV and digital, the initiative includes lighthearted print and out-of-home elements. 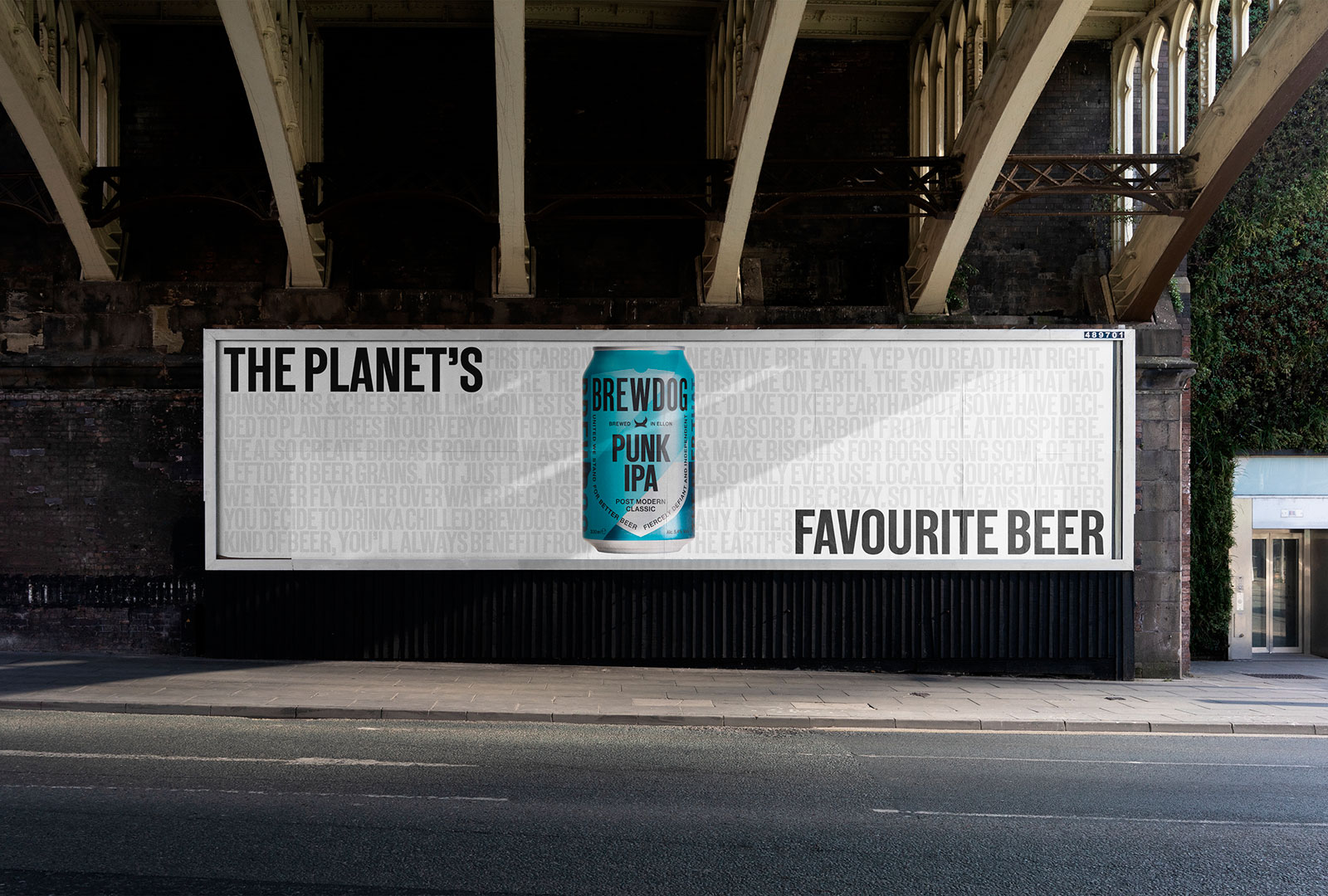 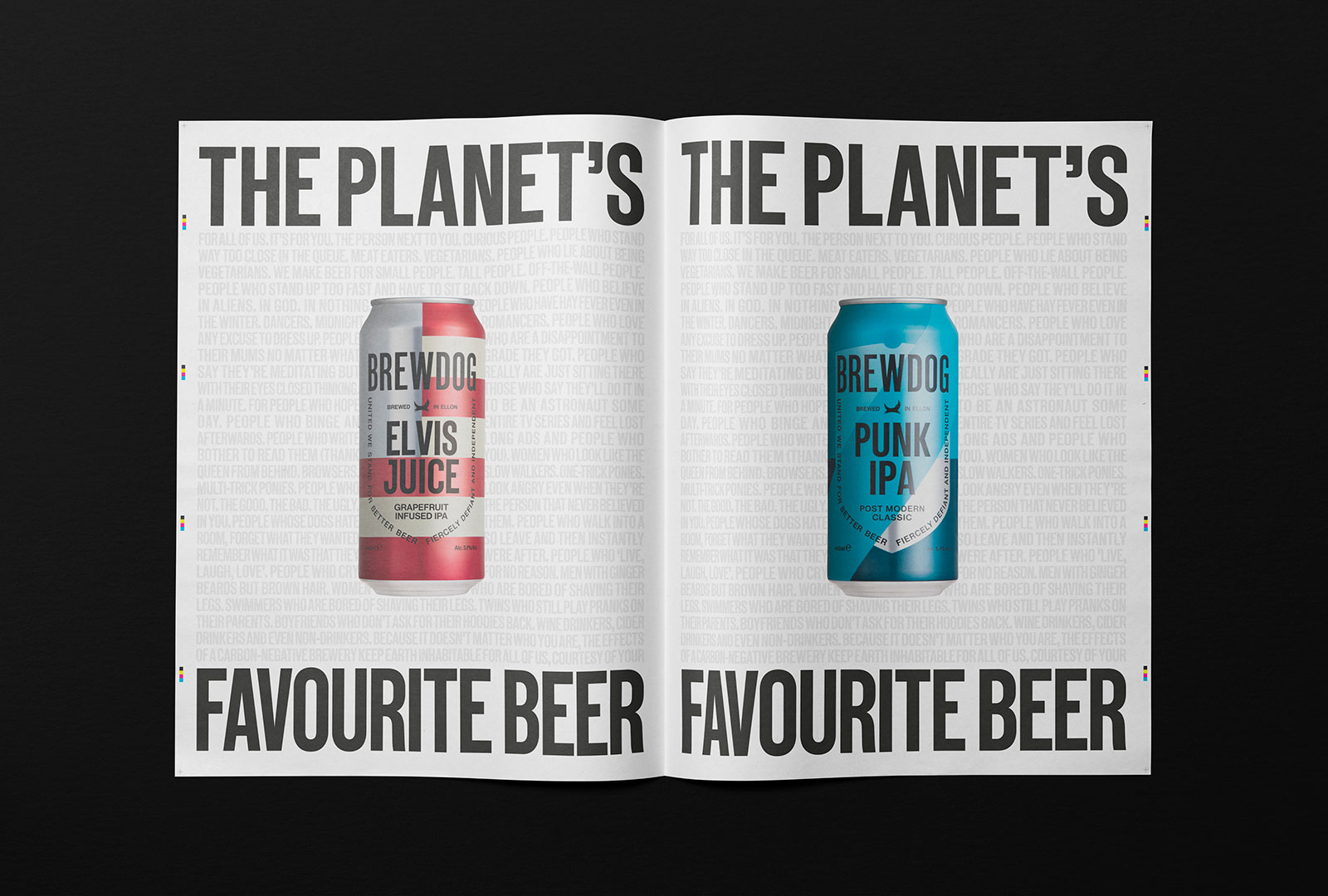 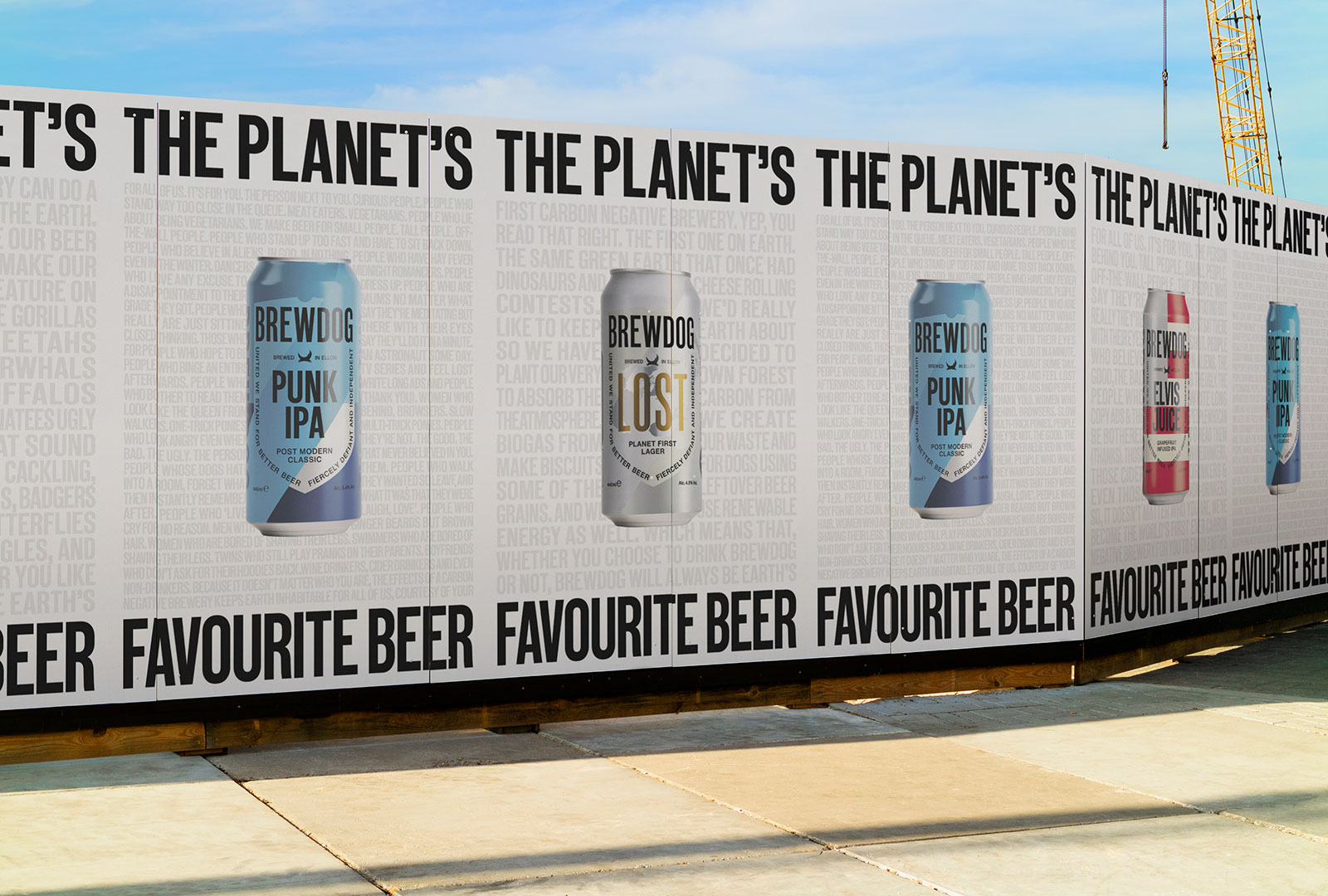 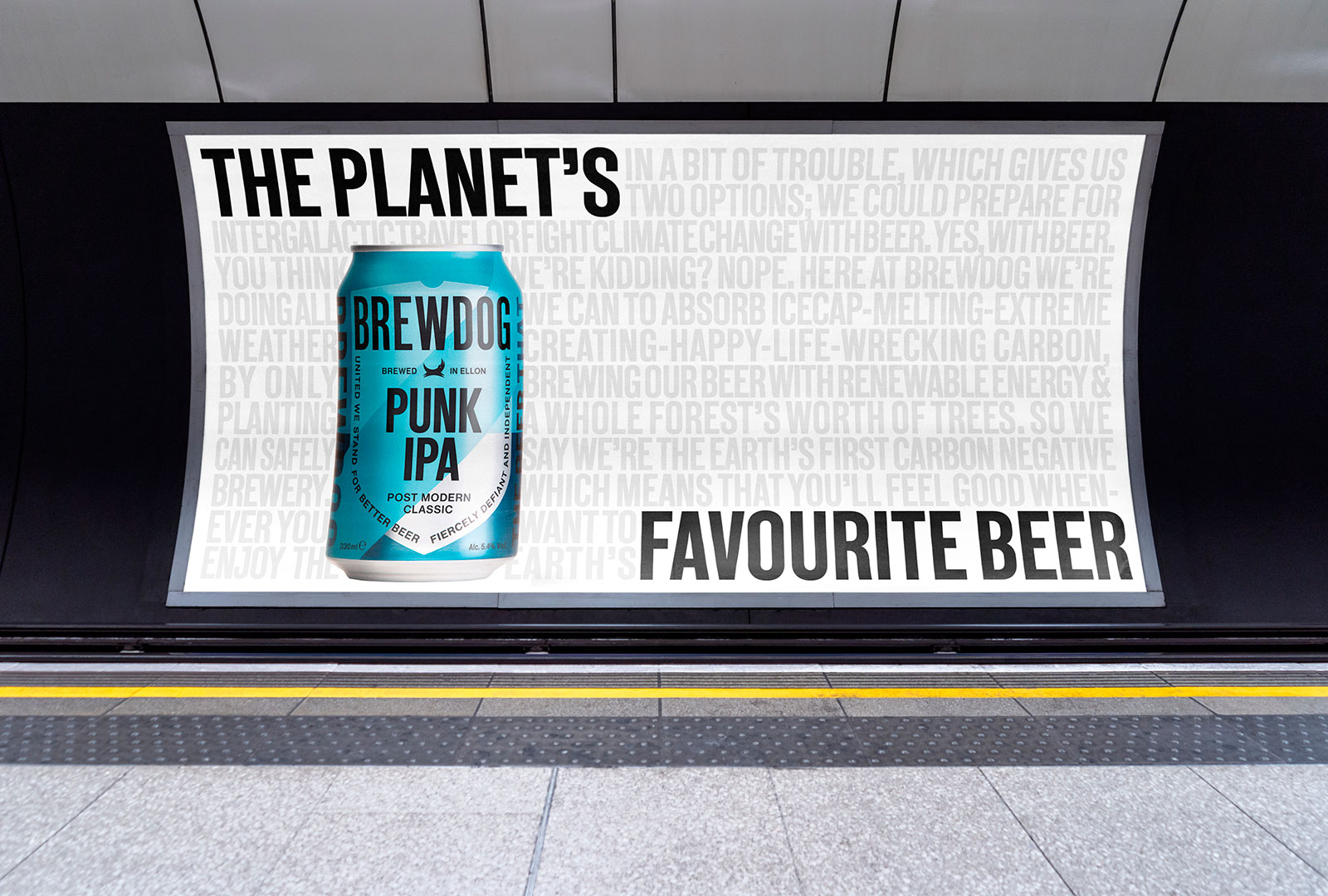 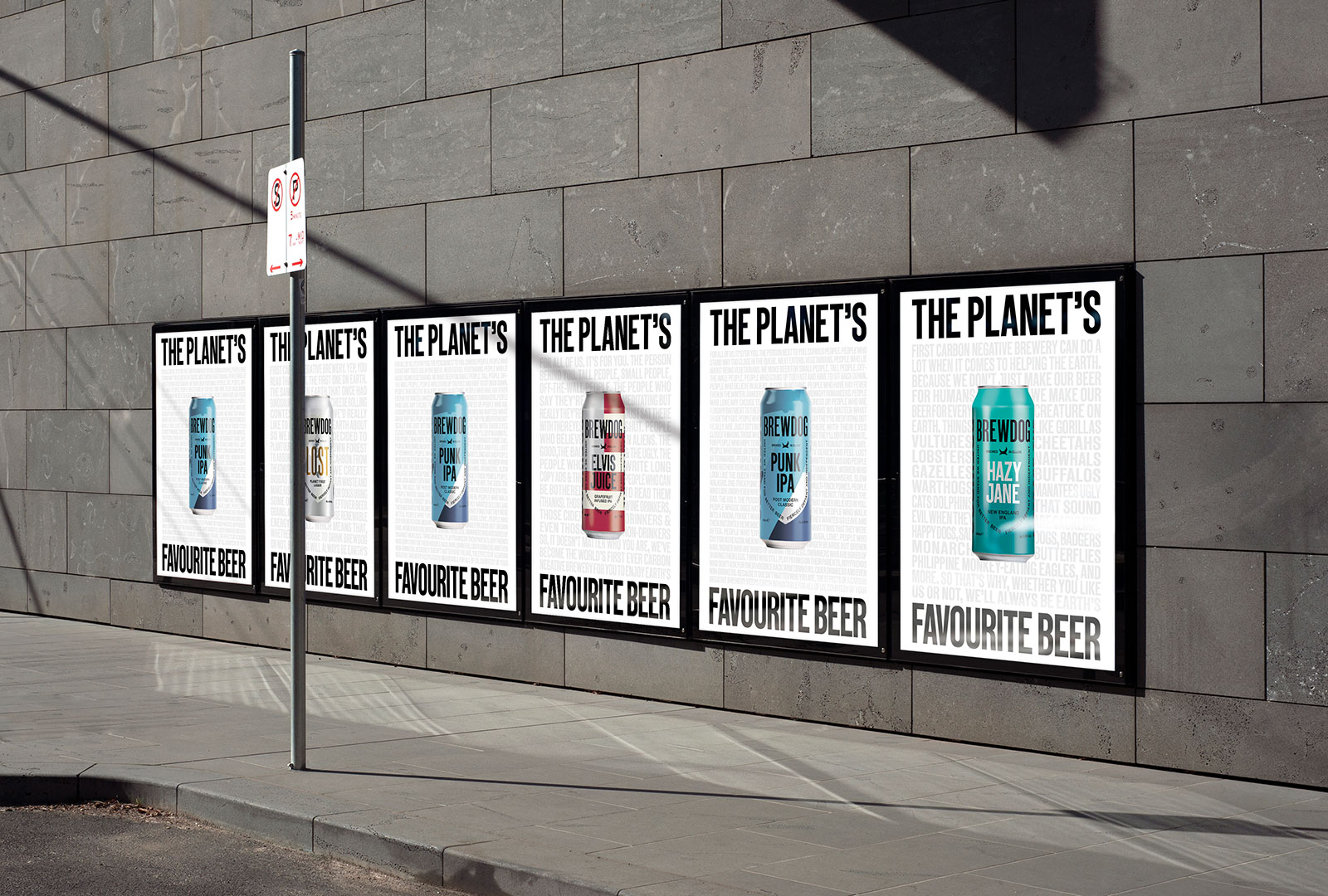 "The idea sprang forth from the fact that this new lager—Lost—was carbon negative," David Kolbusz, creative lead at Droga5 London, tells Muse. "A carbon-negative beer benefits all of humanity. And so, technically, it's even for people who don't drink beer. Or drink other beers. Everyone wins."

"The product tangentially benefits every single living being," he says. "And so in this case, it's not just ad jargon."

Biscuit Filmworks director Jeff Low shot for two days, "and with regards to the sheer volume of humans represented, we were pressed for time," Kolbusz recalls. "Once we had a thought we captured in an image—be it moving or still—we had to move on."

Serendipity played a role, as "a lot of moments we even found on the day," he says. "'Guys who most certainly own a snake' was unplanned. The absolute hero of the shoot was the 'bad swimmers' gentleman. That was not a heated pool."

Highly comprehensive campaigns are all the rage, apparently, as BrewDog's launch follows notably inclusive OOH from OKCupid, which positions itself as the dating app "For every single person."