The Peruvian pair's world travels, and their new agency in NYC 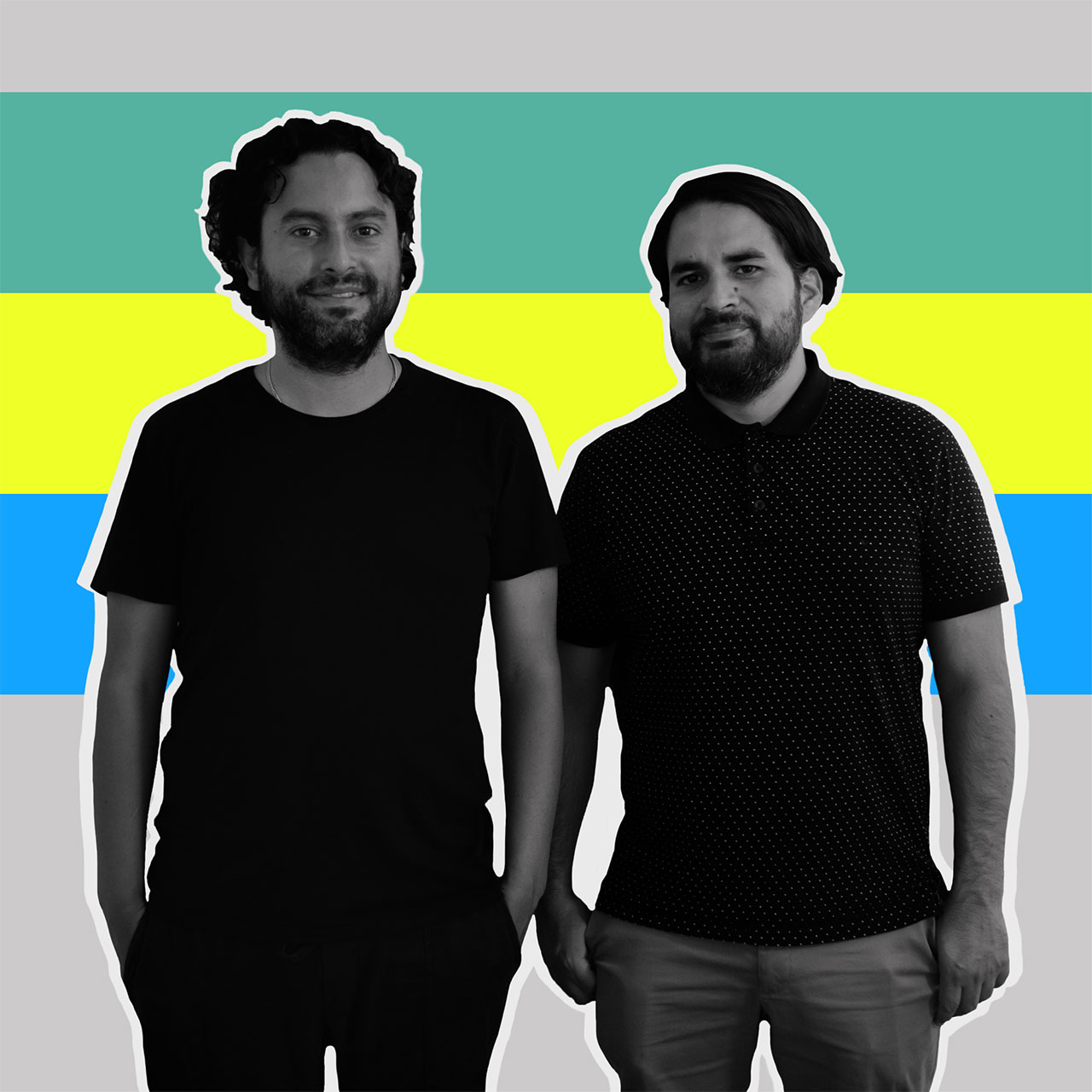 Gian Carlo Lanfranco and Rolando Cordova have spent the last 15 years of their careers creating celebrated campaigns for iconic brands around the world, including Mini/BMW, American Express, Orangina and Coca-Cola.

We spent two minutes with Gian and Rolando to learn more about their background, their creative inspirations, and recent work they've admired.

Gian and Rolando, tell us...

Both: We both grew up in Lima, met in university, and after a 15-year "world advertising tour" we ended up in New York City after pit stops in Singapore, Amsterdam and Paris.

• Gian: When I was a little kid, I used to make plasticine figures of my parents and my parents' friends. The figures were really creative interpretations of their physical features and personalities.
• Rolando: Playing with my toys as a kid. I use to make my own toys sometimes and even imagine the storyline of the game.

• Gian: Walt Disney, for sure. The first time I visited Disney World I was blown away by how a man could imagine all these attractions.
• Rolando: The creators of Noppo y Gonta, a Japanese kid's show on TV network NHK. They teach you how to make your own toys at home and even how to recycle materials.

• Gian: When my brother took me surfing for the first time. I almost drowned and hated him for a month, but later I loved the sport and discovered the ability to face my fears and conquer them.
• Rolando: When I decided to study advertising after everyone told me to become a lawyer.

• Gian: The first concert I saw was in the early '90s in Peru—a Mexican TV show band called Muñecos de Papel. They were a hit and Ricky Martin was one of the singers. It was pop in Spanish, and they wore these really cool outfits. Now I will say the Doors. The music is totally different, but they also used to wear really cool outfits.
• Rolando: The Pet Shop Boys in Singapore, and now I will say Beach House.

• Gian: @pietparra from Amsterdam. I used to hang out with him when I lived there. He is a genius.
Rolo: @markwebber_ A fantastic photographer who captures the beauty of the night.

• Gian: Stillness and Speed, Denis Bergkamp's autobiography.
• Rolando: The Last Resort by Martin Parr. Not that much reading, but lots of pictures.

• Gian: Personally, it's been really hard to get used to staying at home most of the time, leaving behind things I loved doing in New York like going out for dinner, playing soccer and going to the movies. Professionally, on the positive side I think it equalized a bit the balance between smaller independent agencies like ours and the bigger corporate ones. The clients now can focus more on the idea than all the physical resources of an agency, as agencies are presented via Zoom, and that is great thing.
• Rolando: Not being able to see my mom for a long time, and other family members, is something difficult to go through. I think professionally it's making the agency process less corporate and going back to the core of an ad agency, which is to deliver great ideas for business problems.

• Gian: I would say the global launch of the Mini Countryman we did in Amsterdam. Really simple, iconic and great craft.

• Rolando: I think the Orangina "Statistics" campaign we did while working at Fred & Farid Paris. It was the first time we were taking Orangina's iconic characters from the animation world to live performance.

• Gian: I would say The One Show Call for Entries campaign we launched early this year, one of the first campaigns we launched for our agency "Cleofe the Shaman." The idea is basically a social media direct response campaign. The insight of wanting to get your work blessed before entering it to an award show is super strong, so we decided to hire a real Peruvian shaman to bless all the entries to the show.

The One Show | Change Your Destiny

• Rolando: A global campaign we launched recently via LC NYC for Dole Packaged Foods. We are really honored to communicate to the world the promises for a better world from a brand that is truly committed to reducing food waste, plastic use and added sugars from all their products.

Dole | Dear Leaders of the World

• Gian: "Still Free," one of the first projects of Droga5 for Mark Ecko. I still remember thinking, did they actually paint Air Force One for real?
• Rolando: "Balls" by Sony Bravia and the amazing Juan Cabral, probably the best emotional demo ad ever made.

• Gian: "Womb Stories" was such a powerful message and beautifully crafted.
• Rolando: KFC's "Finger-licking good" tagline removed from their advertising campaigns due to Covid. So simple and iconic.

• Gian: Never giving up.
• Rolando: Being a good listener.

• Gian: Being too optimistic is a good and bad thing sometimes. But mainly a good thing.
• Rolando: Sometimes a little too obsessed with work.

• Gian: Having a dessert with chocolate as the main ingredient.
• Rolando: Listening to music while thinking.