A Lesson in Lifestyle, Courtesy of the Woolsey Fire

An epiphany between Malibu and Hollywood

If you're lucky enough to have a long career in advertising, you will inevitably be faced with choices that pit your job against your lifestyle. Last year, I tried choosing both, and somehow ended up with more.

For as long as I can remember, the ocean has been my therapy. When I lived in New York, I spent half my life in transit between Manhattan and Montauk so I could be near water every weekend. So, when I moved to California in 2007, Malibu seemed like the ideal place to settle. The fact that my office was in nearby Santa Monica only helped seal the deal.

But things changed last summer when a new career challenge came my way. The chance to join Engine and Trailer Park, a radically original advertising-entertainment agency, was too good to pass up. It felt like both the obvious next step and a healthy push outside my comfort zone. But the office is in Hollywood, a gnarly, crazy-ass commute from Malibu. We're talking almost three hours round trip on a good day.

I considered leaving Malibu—but no. My two teenage daughters are rooted there, and life among the beaches and winding, open roads had taken hold of me. Not content to just gaze at the water, I started swimming in it—a lot. Then I started biking and running, and before long, I was competing in triathlons. I found the training—the intensive kind that filters out all distractions—not only fed my soul but also made me a better creative, a better boss and a better teammate. It centered me and kept me sane. And Hollywood, for all its charms, doesn't offer many 26-mile bike paths, so the option of moving was off the table.

So, I started commuting. And to my surprise, I found a strange kind of balance. Having one foot near the ocean and one in the city—with its energy and creative vibe—felt like the agency we were building, which fuses vastly different but complementary worlds.

What I didn't love about these two disparate worlds was the feeling of isolation. Triathlon training is a solitary pursuit, but it's not nearly as isolating as commuting in Los Angeles. While I once had a pretty nice work-life balance, I was now between two worlds and didn't feel connected to any particular community.

Then the Woolsey fire broke out.

I was in the office when the mandatory evacuation order came. Everyone in Malibu had to get out, and there was no way I was getting back in. Not to get my kids' birth certificates, or their baby pictures, or any other irreplaceable mementos.

The good news is that I had just snagged a small Spanish cottage near the office for those nights when I work too late to drive home. But it didn't have a stick of furniture yet—no bed, no TV, no WiFi, no cable. My kids came, and together we camped in my empty crash pad.

On my phone, I would scour the web for any news of the fire. I saw pictures of homes on my block burning. I was desperate to get back, to get any information about my house. But there was nothing I could do. I don't remember ever feeling more powerless.

After a few days, I got a call in the middle of the night from a neighbor—an old-school Malibu guy who'd seen his share of fires—who had defied the evacuation order to protect his home. "Look," he said, "I think your home is OK, but the embers are flying, and there are no fire trucks here." Determined to get there, I tried driving home, but the cops turned me away. Then a couple locals and I came across a guy with a boat who offered to help. I threw some food and essentials into a backpack, and we sailed off in the dark.

The seas were not calm. The Santa Ana winds were howling at 50 to 70 mph, and heavy smoke was in the air. The captain could only safely get the boat to Point Dume, and told us we had 90 minutes before he would have to leave.

I jumped into the water and swam to the beach—being comfortable in the ocean came in handy—and then hiked up the cliff side. Still several miles from my house, I ran into a good Samaritan who offered to drive me there, even though I probably looked like a drowned rat.

We drove past what seemed like a war zone: rubble, downed power lines, smoking debris, devastation everywhere. When I finally got to my neighborhood, I was relieved to find my house standing, but I didn't have much time to assess anything. I threw everything I could into garbage bags, hosed down my roof, gave some supplies to some neighbors who'd stayed behind and got back to the extraction point at the beach. I swam back to the boat, we made it to the marina around midnight, and I drove to Hollywood exhausted but grateful.

There's something about tragedy that brings out the best in us. I saw it when I lived through 9/11 in Tribeca, and I saw it during those fires. Despite my feelings of isolation, it turns out two remarkable communities enveloped me: my Malibu neighbors and my work friends. The people who stayed behind to guard the houses, the boat captain, the good Samaritan who drove me home, the coworkers who offered to bring me furniture and gave me time off to deal with the aftermath. None of these people had to do any of it, and none of them stood to gain anything. They did it because they wanted to, because that's how you act in a community.

We toss around that word, community, frequently in advertising these days. But we should never forget its power. Communities come together when we forge bonds over a mutual love or connection—be it a neighborhood, a workplace or a brand. And those bonds are strong. In my quest for balance, I lost sight of what's most important. I'm sticking with my commute, but I'm taking the lessons of the fire with me. 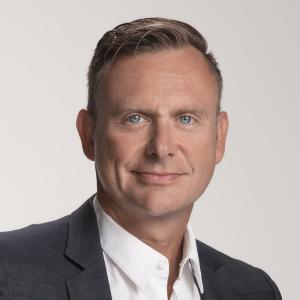